When it came to planning their Oregon wedding,  Nikki and Chris knew they wanted something different. They wanted lots of colour and they wanted to have fun, but most of all they wanted to celebrate with their nearest and dearest.

“The theme for our wedding was all about fun and color”, wrote the bride. “We wanted  people to laugh and have fun at our wedding while still keeping it endearing and sincere. We think we pulled it off!” 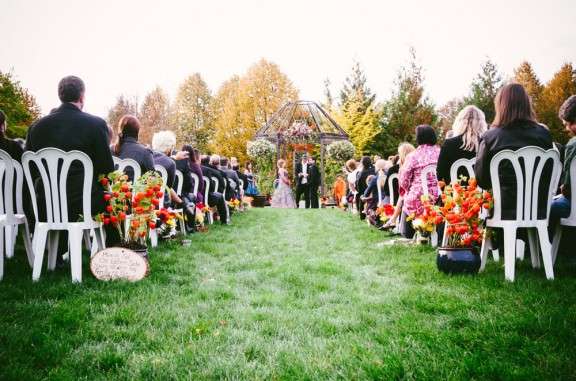 “We both had ideas that we wanted to incorporate into the wedding and reception. After seeing an amazing accordion player once, I knew I wanted him to play whenever I got married. He played during the pre-ceremony cocktail hour. When I walked down the aisle, (which was rather long) I had the DJ to play the bell opening from ACDC’s ‘Hell’s Bell’s’ and then ‘Highway to Hell’ and ‘I Will’ by the Beatles. Chris didn’t know I was doing it and it was awesome.” 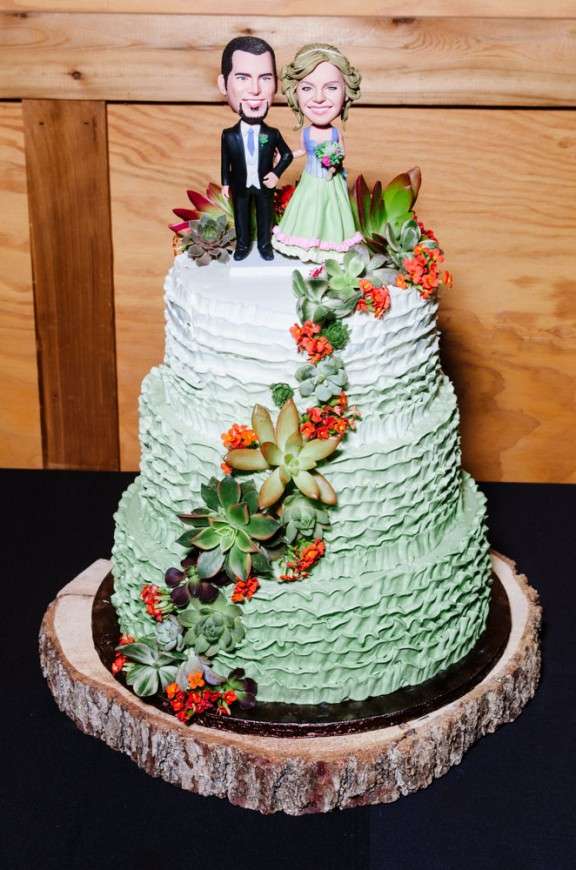 “In the middle of the ceremony, we took a bottle of vodka and love notes that we’d written to each other, and placed them in a box and nailed it shut in front of everyone”, she continued. “We had given kazoo’s to everyone, and at the end of the ceremony we all joined in ‘All You Need is Love’, by the Beatles. People laughed and cried which is exactly what we wanted.” 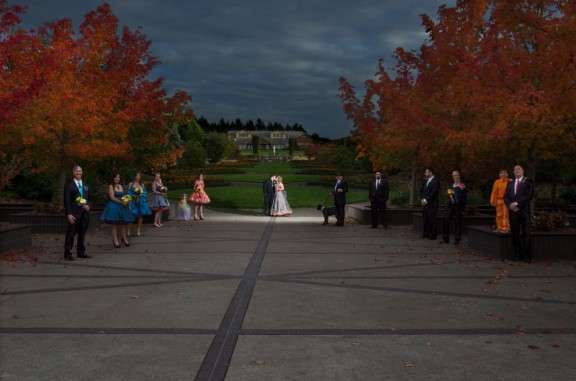 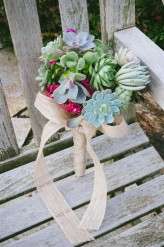 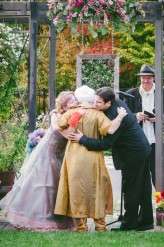 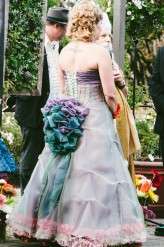 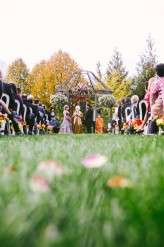 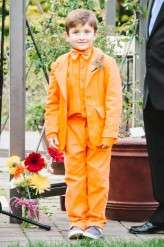 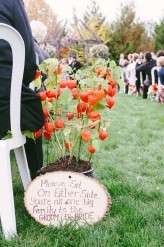 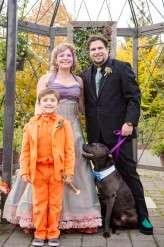 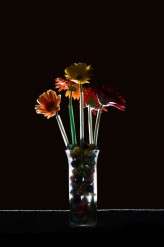 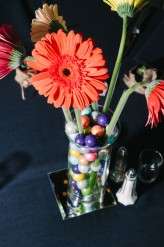 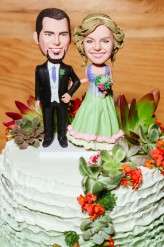 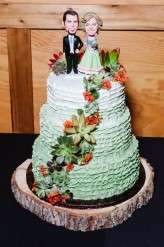 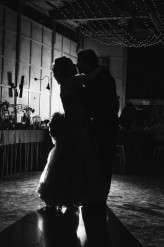 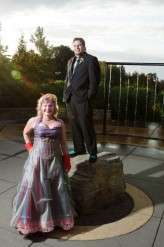 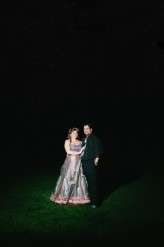 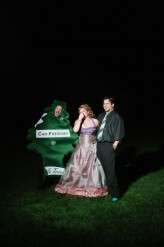