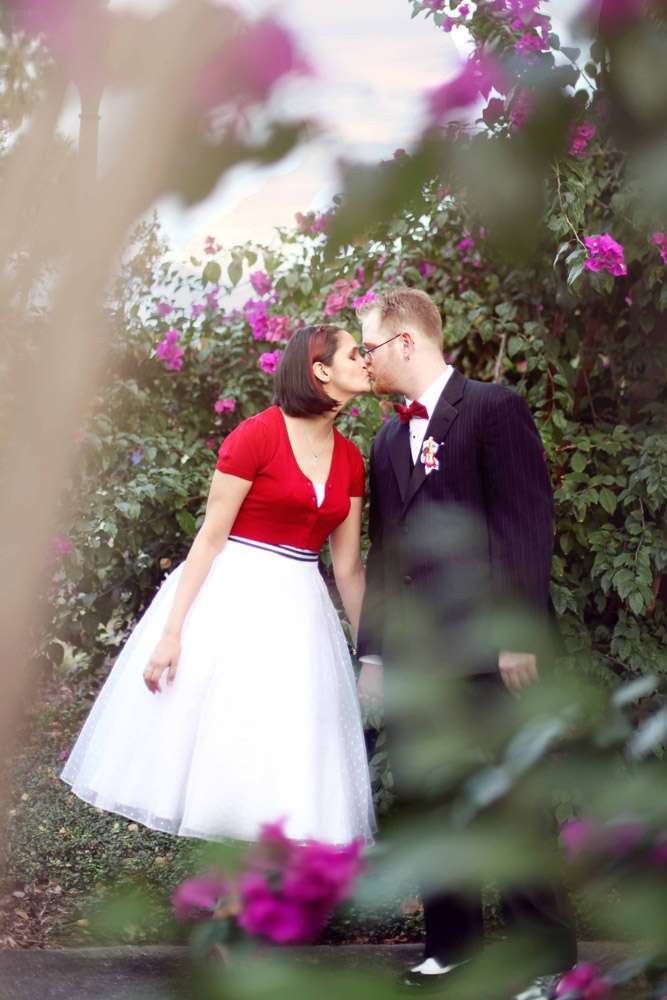 Melanie and Josh’s October wedding was held at Maitland Civic Center in Orlando. Melanie’s dress was from David’s Bridal and she wore it with a red ModCloth sweater and a petticoat from Unique Vintage. Their wedding had a concert theme to reflect their mutual love of music.

“We wanted to do things our way”, began the bride. “We wanted to make sure everything was a reflection of us, our personalities and things we love. The cassette centerpieces were definitely a huge part of that and the Toki Doki cake toppers. I definitely didn’t wear the traditional long dress. I wanted to wear a tea-length dress so bad and was not going to compromise that at all. They’re just so cute!” 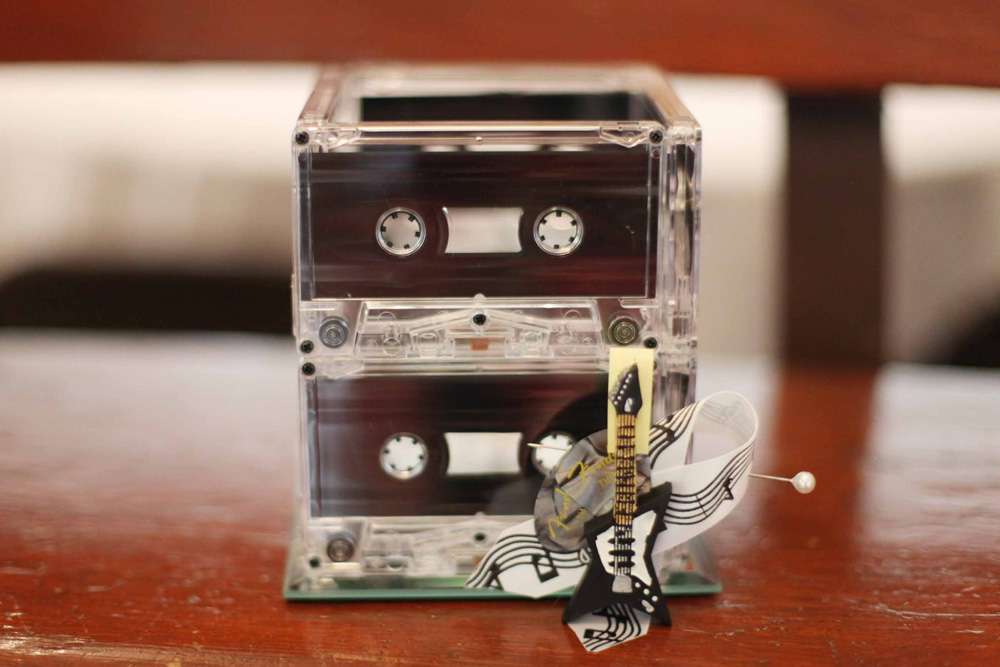 “Pretty much every piece of our wedding was DIY from the playlist to the centerpieces and the corsages our moms wore” she continued. “It was so much fun to make everything and have everyone really like all the different things we had. There were times I thought I’d never be done and times where I’d have to stop painting table number frames or making bouquets for a few days because my hands were hurting so bad. I wanted to just give up a couple times because it didn’t seem like it would be worth it or that it wasn’t good enough or that anyone would like anything I did. But in the end, it was definitely worth it. DIY-ing this wedding was the only way to go to things the way I envisioned it.” 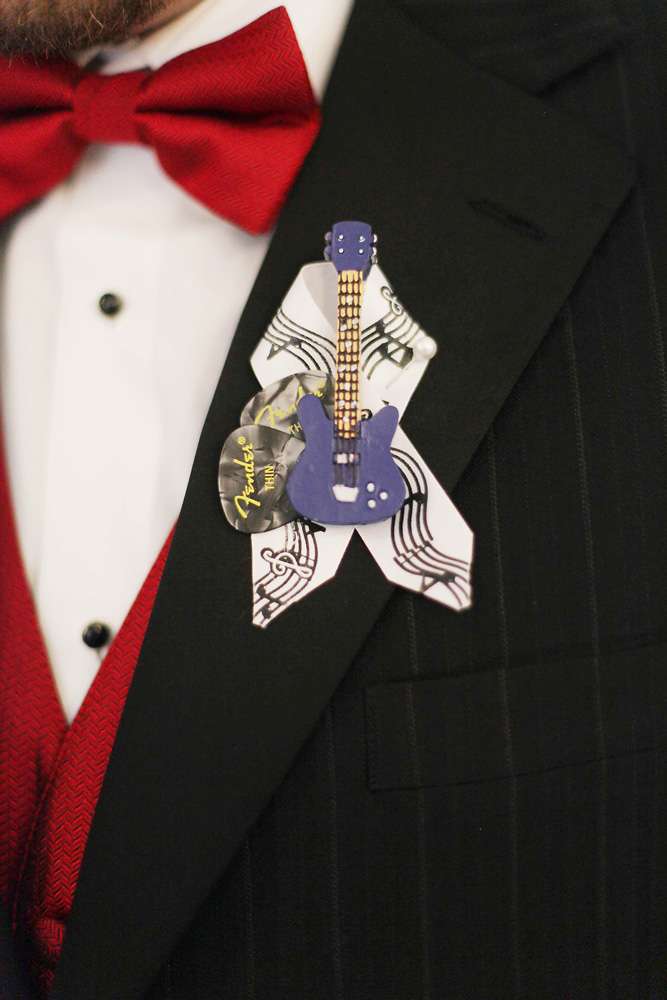 “I thought planning a wedding by ourselves was going to be so much harder than it actually was”, she concluded. “I also thought it was going to be a disaster on the day but staying organized and on top of everything helped it run perfectly! It was definitely the best day of my life!” 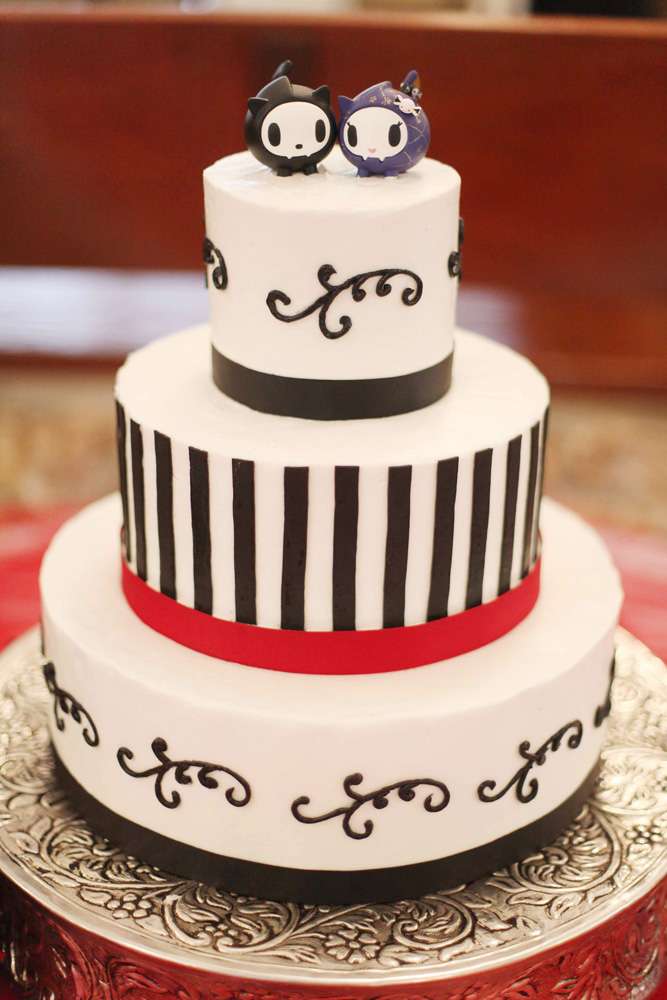 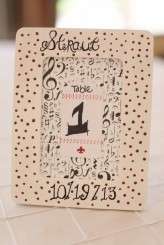 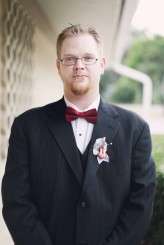 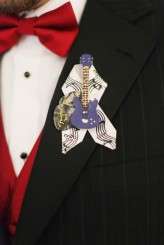 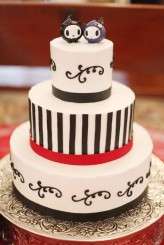 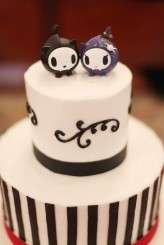 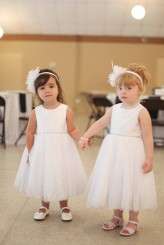 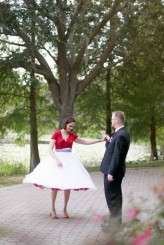 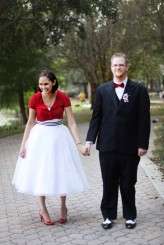 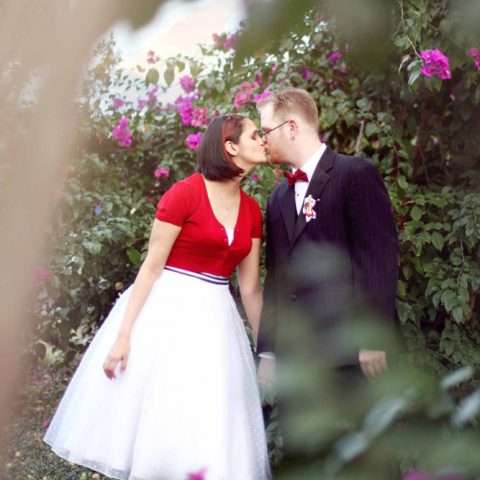 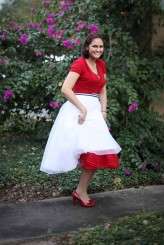 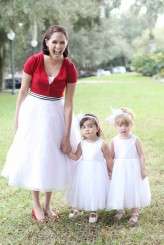 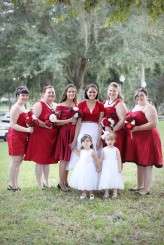 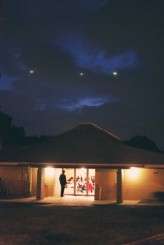 If there's one thing I love more than anything else it's cats. I am a bona fide and unashamed crazy cat lady. I'm the one who'll say hello to the feline in the room before the person I'm actually there to see... So you can imagine my elation when Anita and Paul's cat/ music themed wedding landed in my inbox! These guys went all out, even so far as the bride and her bridesmaid's carrying stuffed cat toys instead of bouquets! And yes, the bride did throw her 'bouquet' at the end of the night. Oh my fluffy goodness...