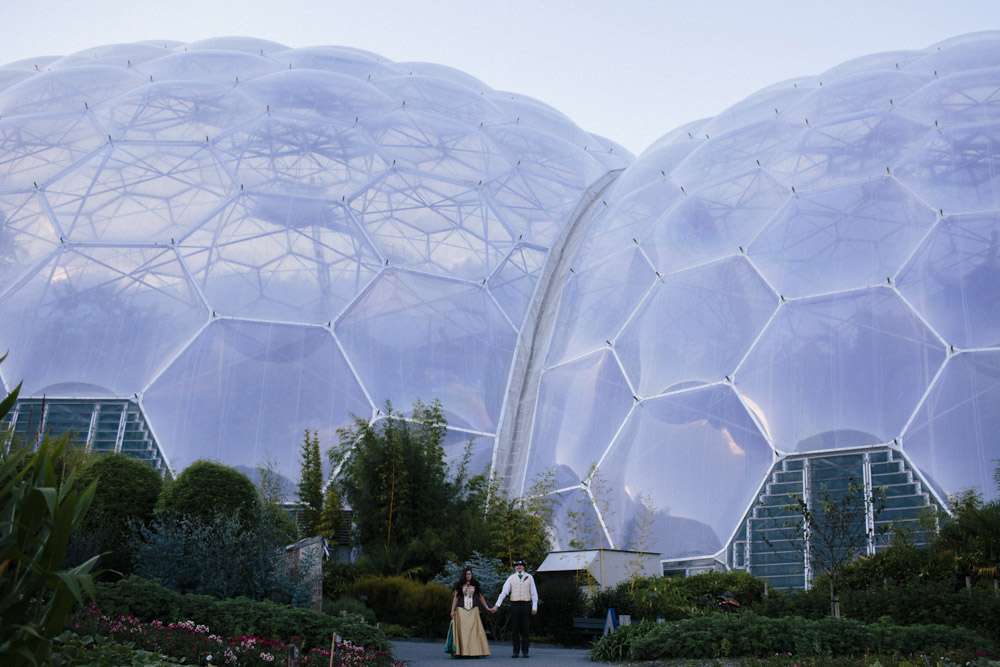 Cas and Geoff may have picked The Eden Project in Cornwall, a very modern looking venue, for their September wedding, but there theme was old fashioned and quirky. Victorian Steampunk is a style that they both love and so it made complete sense that it be the inspiration for their amazing day. 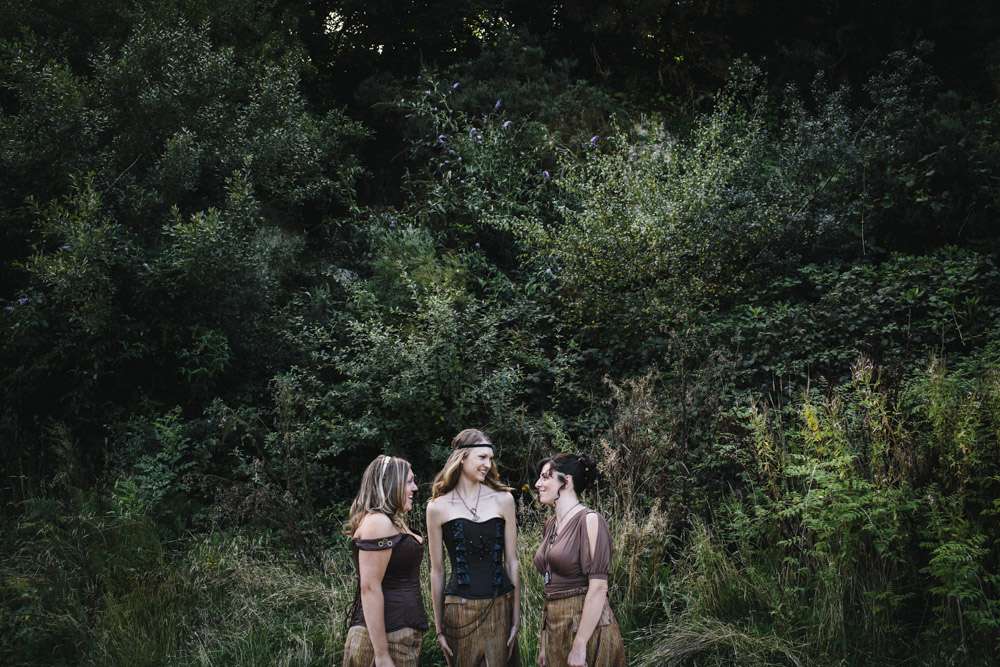 “My parents are really into cosplay and they love to attend sci-fi events on a regular basis”, explained the bride. “Steampunk is all the rage out in the States and Mum and Dad are really into it. We love the Victorian style so we thought it would make an excellent theme. The girls were all in corsets and the guys all looked very stylish in their top hats and waistcoats. It was very vintage tea-party.” 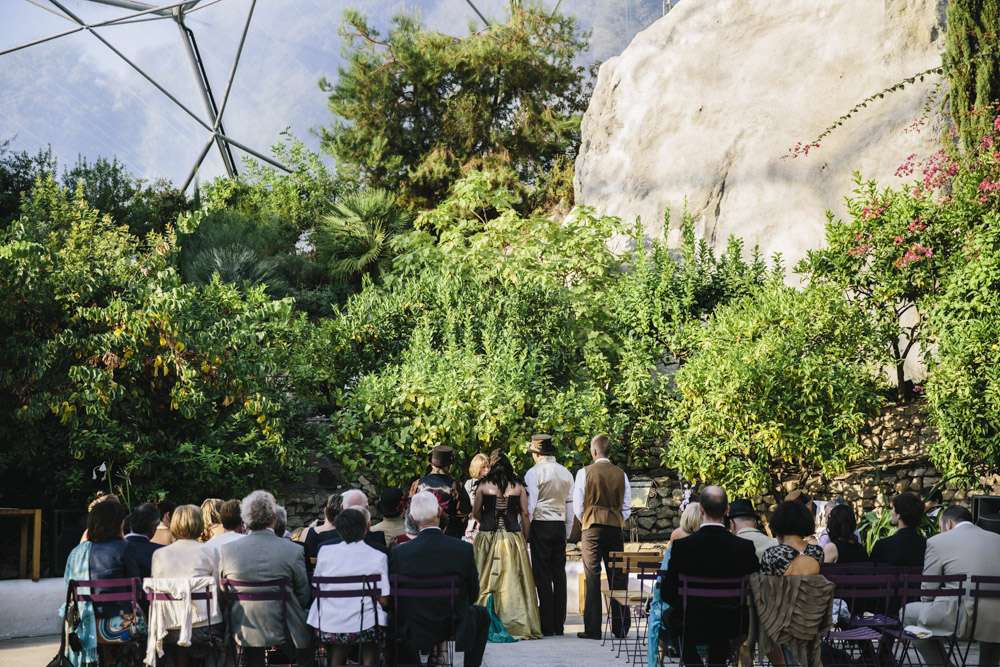 “The Eden Project don’t allow real flowers to be used because it could contaminate the carefully controlled biomes so we used silk flowers, feathers and buttons”. she continued. “The buttons Idea was great because I put out the word on Facebook that I was looking for buttons and got people to send me them to be included in the bouquets. That way I took a little of everyone down the aisle with me!  I even had buttons from my Grandmother’s air raid warden’s coat – original wartime vintage and a good way to remember her. I’m sure she would have been delighted to know that’s where her buttons ended up.” 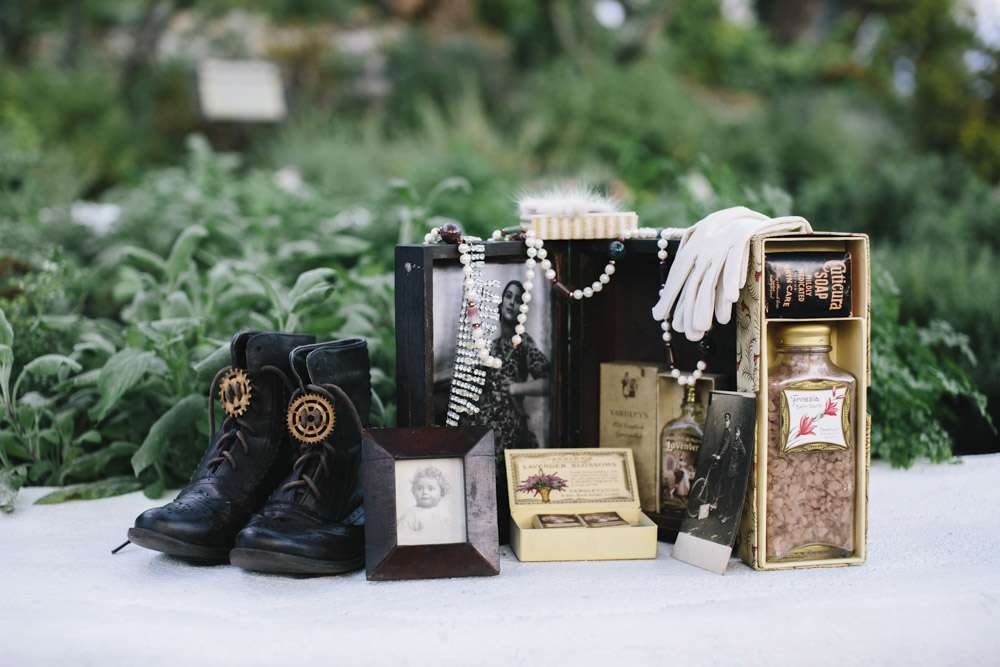 “The venue really made our day amazing. We had had our hearts set on an outdoor wedding and had planned to go abroad to get it but then my brother and his wife surprised us by saying that they were trying for a baby and might not be able to make it if we went overseas. There’s no way I’d want to get married without them there so we had to go back to the drawing board on the location. Never in my wildest dreams did I think that we’d be able to afford such an incredible venue! Because they are a non-profit organisation it was a lot more affordable than I expected and being in the Mediterranean Biome made it feel like an outdoor wedding without the British weather worries!” 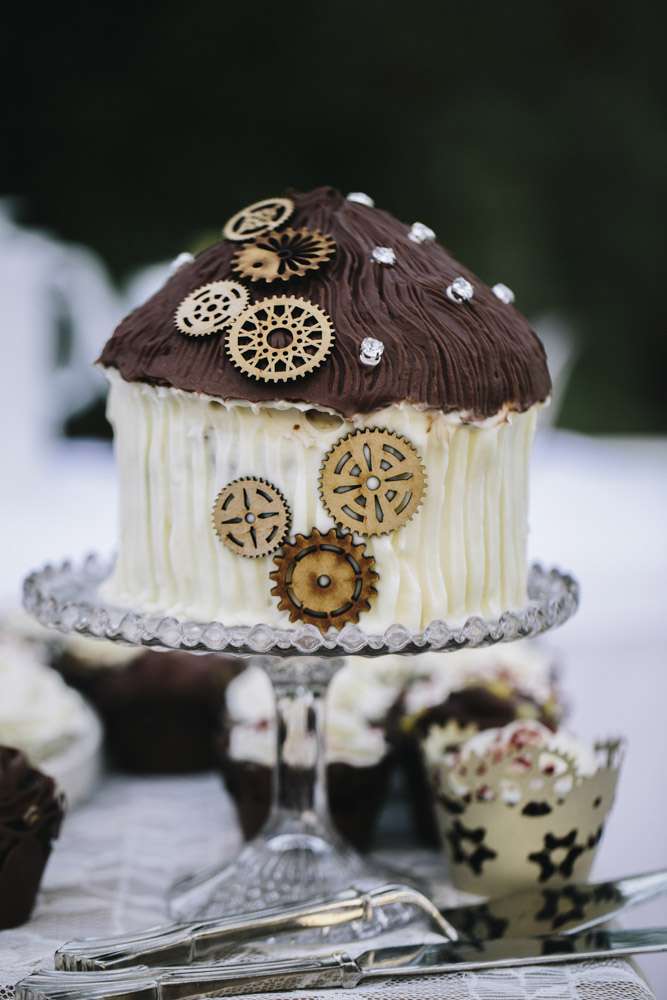 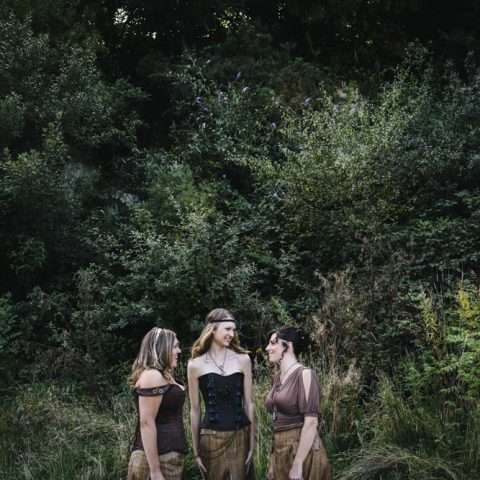 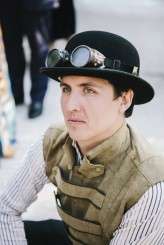 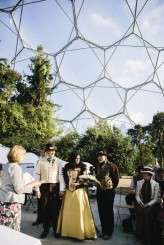 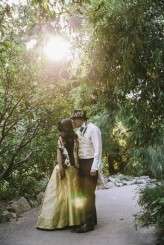 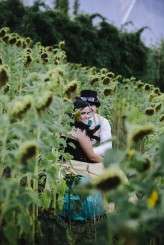 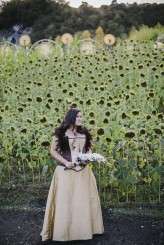 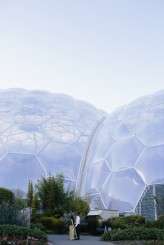 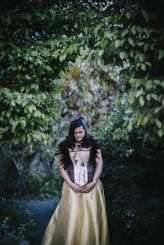 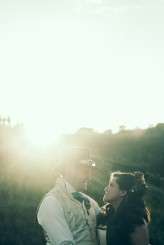 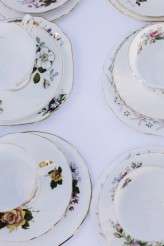 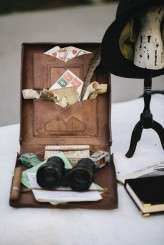 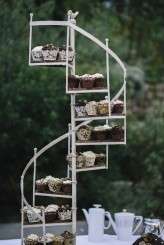 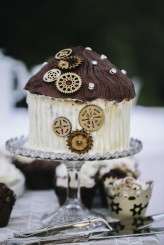 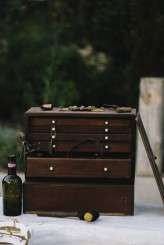 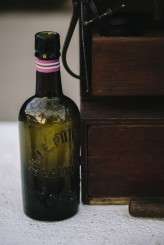 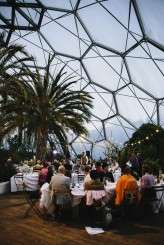 Jo-anne and Ian were married in May. Their wedding theme was Steampunk with a splash of Alice in Wonderland, "We met at a Steampunk themed war game tournament" explained Jo-anne, "and I love all things Steampunk so it seemed very fitting."