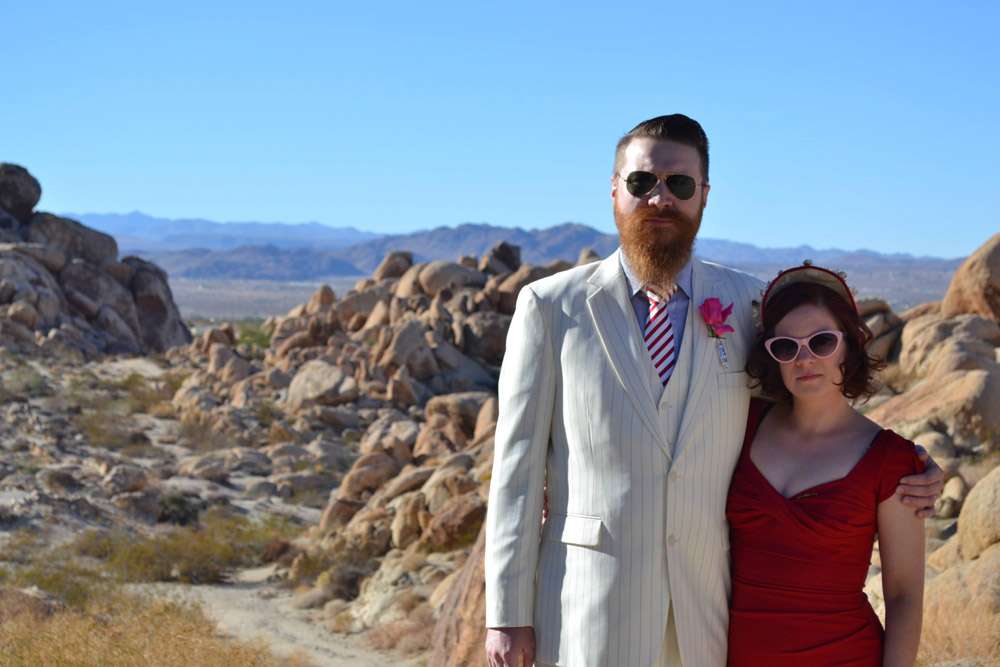 What could be more romantic than running off with your fiancé and your BFFs and getting married in the middle of the desert? Well, that’s exactly what Ceri & PC did and I’m thrilled to have been allowed to share a sneaky peek of this super private and intimate wedding with you today. The ceremony took place in the Mojave desert just outside Joshua Tree, California, and afterwards they had a small ‘reception’ at Villa dei Fiori, a house they’d rented for the trip. 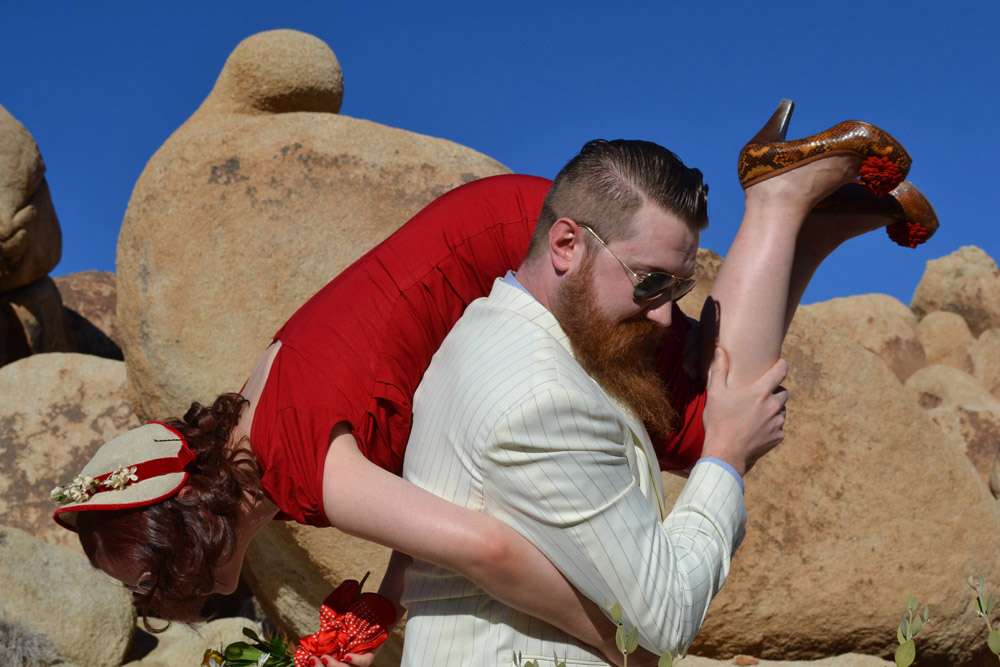 “PC and I secretly eloped and got married in the the middle of the Mojave desert on October 26th last year”, wrote Ceri who lives in Oxford with her now-husband. “We planned it in six weeks, he officially proposed two days before, and we only had six guests, two of whom we flew out with us to Los Angeles (my sister and PC’s best woman). We’d originally planned (and I mean that in the vaguest sense) to get married in a field near our house in Oxford this August. Instead when we moved in together last June, I immediately left to go on tour in Asia (I’m an actor/puppeteer) and when I got home PC went away to Norway for six weeks (he runs international festivals. We’re, um… pretty good at long distance relationships!) The day he got back in August he mentioned casually in the kitchen that our friend Brooke was moving to LA with her husband Mags and that she had an ministers licence from the internet…” 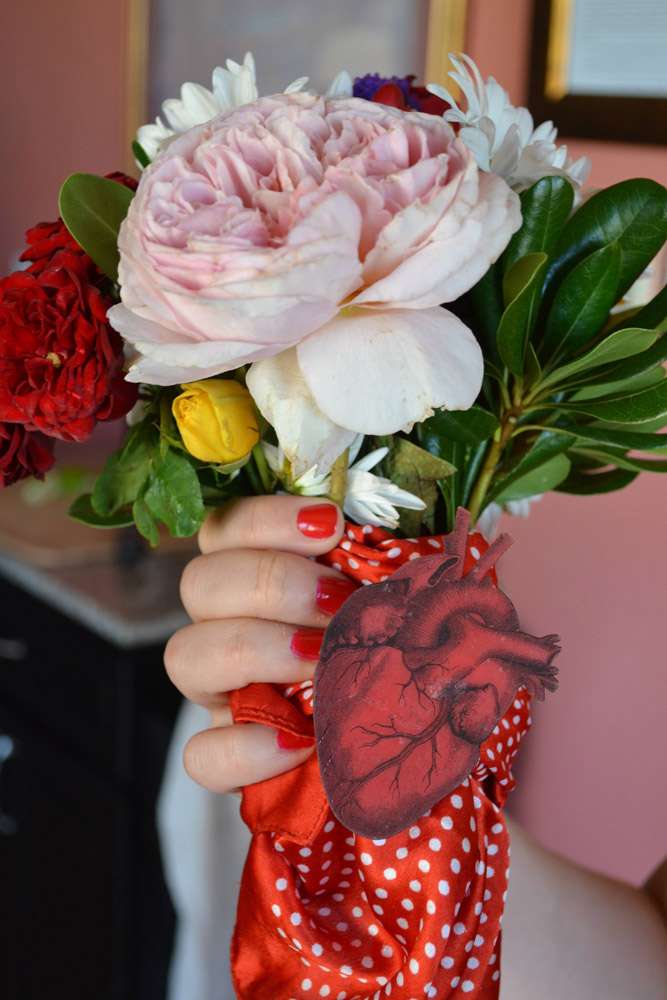 “Six weeks is pretty much no time to plan anything, let alone a wedding, so we did forget some things”, she continued. “That’s how we forgot stag or hen parties, and ended up having a joint one a few days after the wedding in LA. Then we took everyone to Disneyland for Disney Halloween. But we didn’t forget the most important things. We got married in the middle of the desert, on a rock, miles from anywhere. It was just us, my sister and our friends. We pretty much all cried a little, especially when my sister read the Apache wedding blessing. PC had to carry me off the rock afterwards as my heels kept sinking into the sand. Though as I’m 5ft 1 and he’s 6ft 3 this actually happens a lot…” 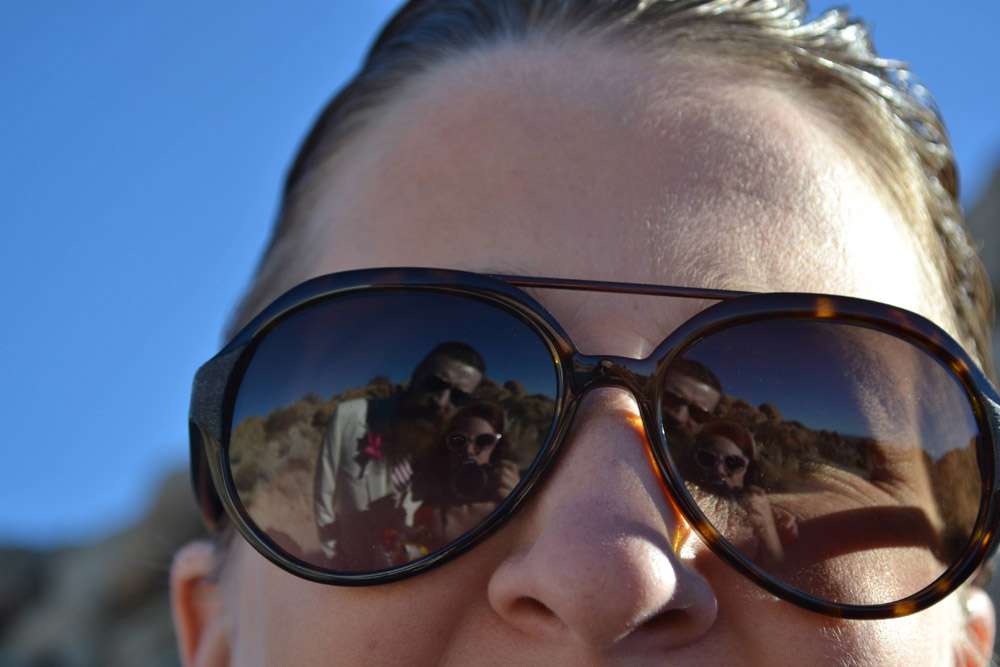 “Our reception was in the desert surrounding the house we all stayed in, with a hot tub, champagne, a pool, a cave and a fire pit. The best woman, Jess, cooked us an amazing feast before we all had another moonlit hot tub. We sat on boulders under the stars, surrounded by giant cacti. And then we continued it the next morning when we all had a pancake breakfast in the sun before hitting the road back to LA via a ghost town and some giant plastic dinosaurs.”

“In keeping with our personalities and professions it was a theatrical wedding/holiday/honeymoon all rolled into one that we shared with our friends. Everyone had a part to play. Brooke officiated, Jess cooked, my sister Ceit did my hair and make up so beautifully, Julia took amazing photos, David and Mags read and witnessed the wedding. Everything fell into place, and we were so lucky to have all six of them to help us and celebrate with us.” 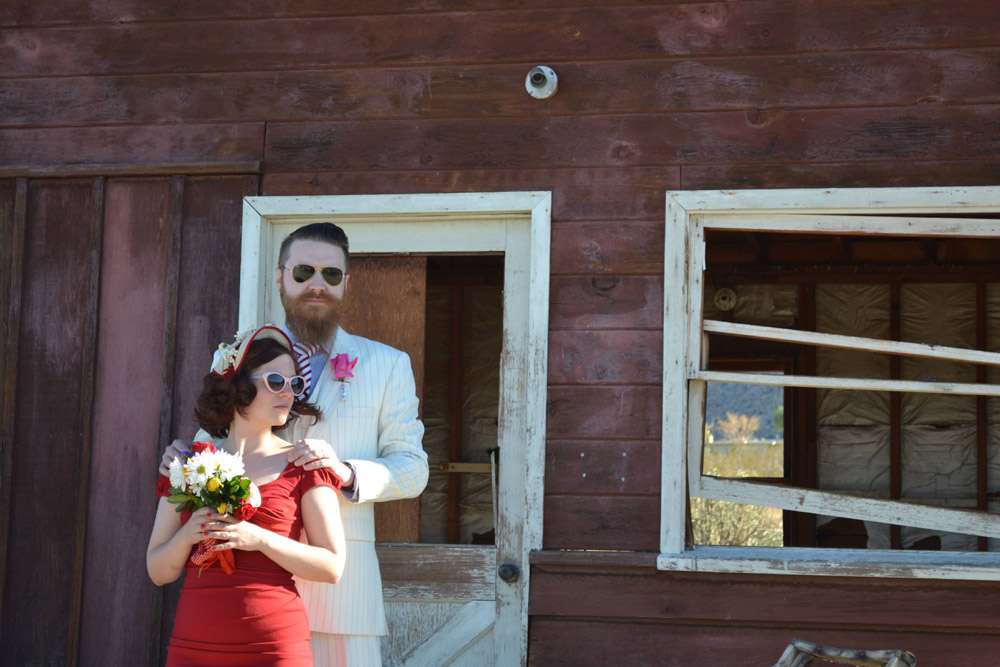 “The most difficult part was not taking our parents, which is also the one thing I’d change”, she concluded. “They were the only people we told, besides the six who came with us, and they were astonishingly proud and happy that we were doing it our own way. My mum likes to shock her pupils at school by telling them about it! Keeping the whole thing a secret was also agony for those few weeks, but we had 200 postcards printed up the day afterwards to post out to our family and friends and their reactions were worth it.”

“It was in no way what I expected of my wedding but it was awesome. It was ridiculous and impulsive and shockingly romantic. It was pretty much just like the two of us. And we got to look like Bonnie and Clyde in the desert. We loved it.” 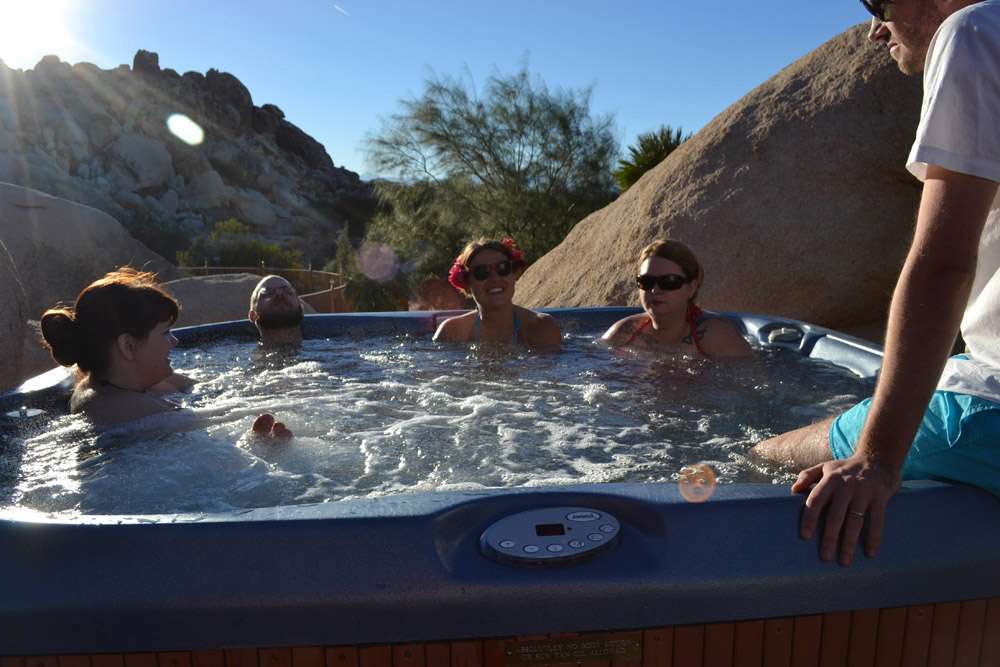 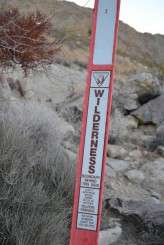 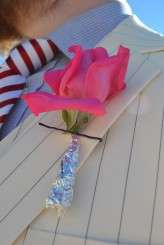 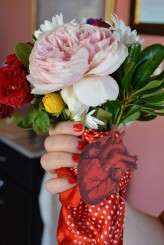 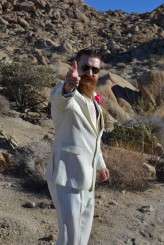 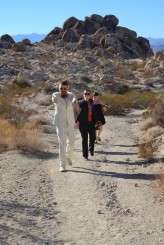 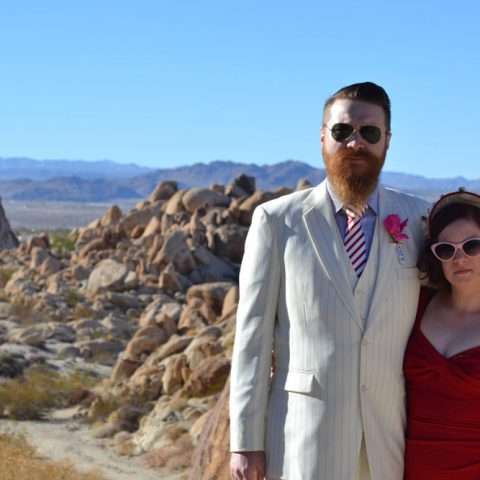 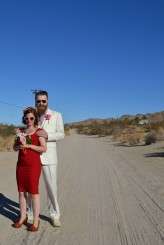 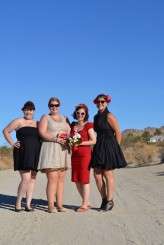 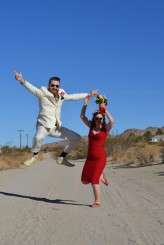 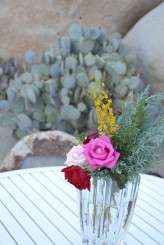 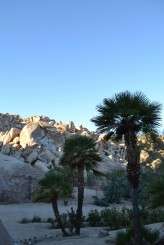 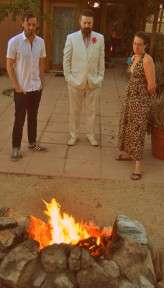 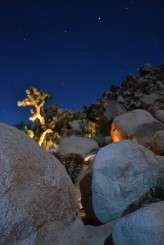