Damon & Tooty we’re never going to have a wedding with a boring or standard theme. In fact as soon as they found their venue, Spring Grove House at the West Midlands Safari Park, the seed for a safari themed day was planted! “The theme came after viewing the venue”, the bride began. “We saw a few places and found them booooooorrrrringg. We planned to go and see Spring Grove House but really didn’t expect much from it as we had never heard of it. But when we got there we fell in love! They’ve kitted it out all in animal print décor including the carpets, the wallpaper and ornaments. The idea for the theme was obvious to me. I’m always wearing animal print attire and so we decided to insist our guests did the same for the wedding!” 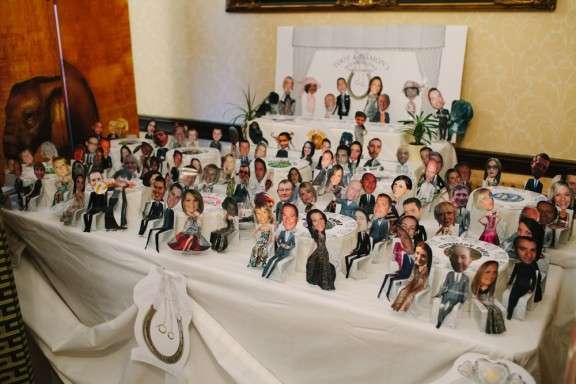 “With the invitations we included a poem inviting everyone to dress up for the day… although the theme wasn’t optional. I’d have kicked butt if anyone hadn’t turned up in animal print! We were so pleased with the effort everyone made. Some people took it to another level including our two gay friend who turned up dressed as big cats – body paint and all! I only spotted them when the ceremony was over and we had turned to face the people when signing the register…my face was a picture and I think I said something along the lines of ‘what the f*** is that!'” 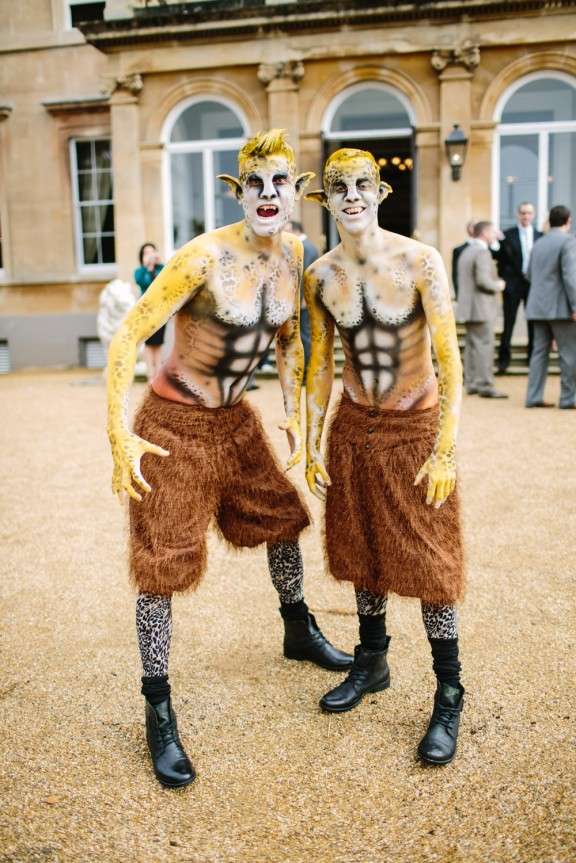 “This is what I wrote in the invitations…

The rules are as follows… you all have a task.
To sport something animal print is all that we ask.
It could be a bag, a tie or a fascinator,
Or go to town and come as an aligator!” 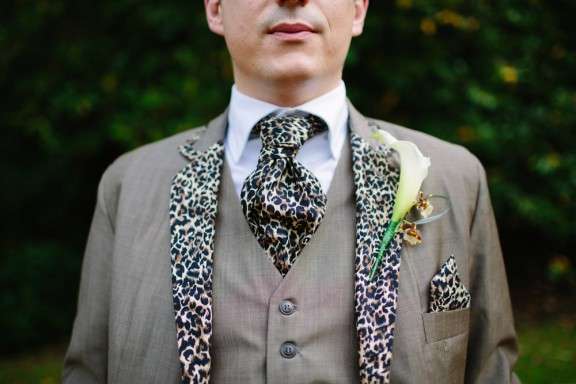 Tooty wore a bespoke wedding dress and headpiece from The Couture Company and handmade boots covered in leopard print chiffon. For the reception she changed into leopard print converse. Damon wore a bespoke suit (leopard print trim and all…) from Karlus G. Tailor. The cake, flowers and wedding stationery were all made by talented friends who really got into the spirit of the theme! “The cake was animal print suitcases for tiers.” Tooty continued. “On top was a drunken Damon (clutching a pint) figurine being dragged along by a bossy Tooty. It even included our two faithful friends, Spanner the cat and Ralph the dog. Our invitations were pop-up 3D invitations and were truly genius! My brother, who made the invitations also made our 3D tableplan. Everybody loved it and most of them took home their mini-me’s.” 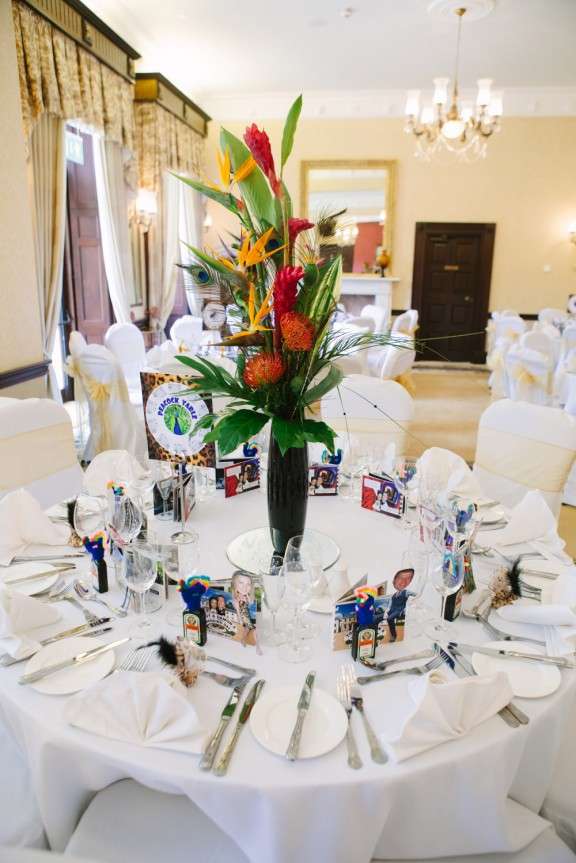 “Themed weddings are the bomb, and people talk about them for years to come”, the bride concluded. “Folks are still talking about our wedding now and loads of people still have their little cut out mini me’s as their profile pictures on facebook and the actual things stuck on their fridges! I had hundreds of phone calls leading up to the event with ideas and dresses and people double checking that everyone else would be wearing animal print too. Everyone was really excited about it. Guests said that it was the best wedding that they had ever been to and the one they were looking forward to the most – weddings can get quite ‘same old same old’. I think people thought that I would go crazier with my dress but were pleasantly surprised when it was sophisticated and still mainly ivory….I dread to think what they had imagined!” 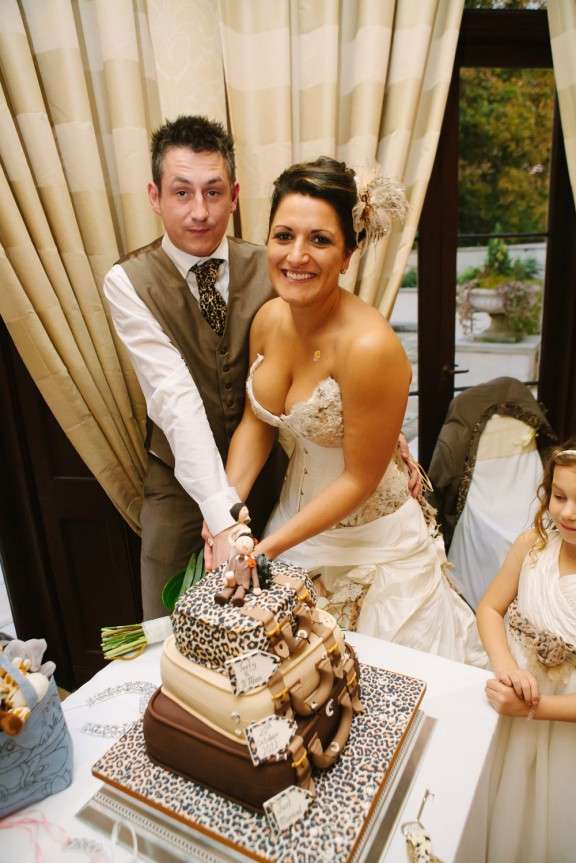 Amazing! Thank you so much Damon & Tooty for sharing your seriously fun day with us! 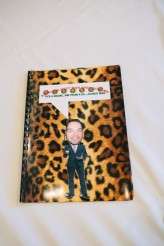 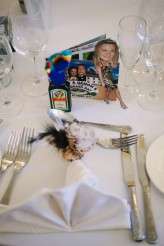 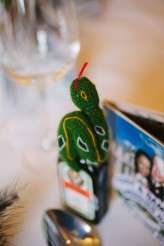 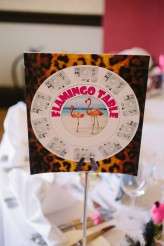 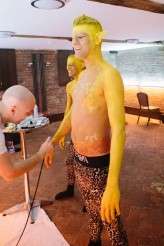 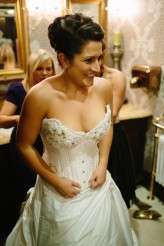 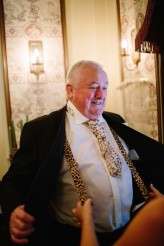 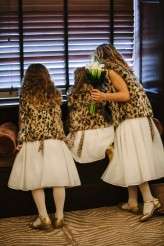 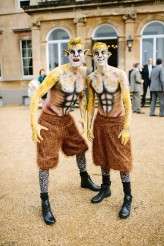 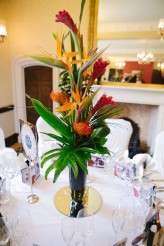 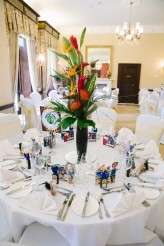 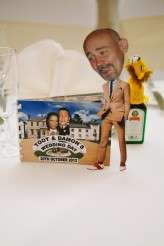 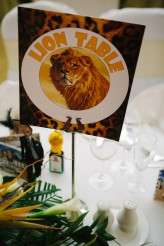 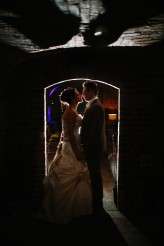 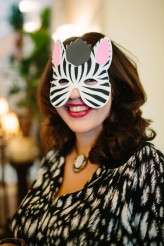 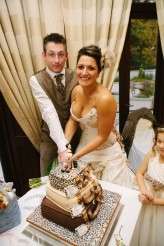