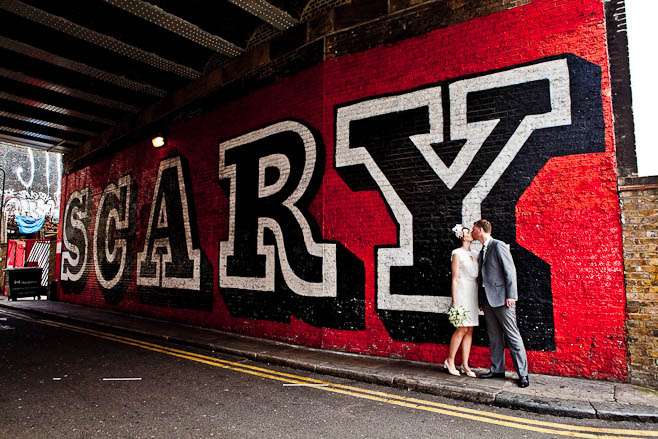 “We met in 2009 in Sydney where Louise had just relocated to and where she was working for a charity with an old college friend of mine who set us up”, Mike wrote. “It didn’t take long to realise we had a similar outlook on life and after 1.5 years we decided to get married. Being from opposite sides of the world we faced the tough decision of where to get married as either location would see some of our family and friends unable to attend. In the end we opted to marry officially in London as Louise really wanted her Nan, a huge inspiration in her life, to be there on her special day.”

“We had travelled to London for one of Lou’s friends weddings in September 2010 and had spent some time in Shoreditch. We felt quite strongly that we really wanted a non-traditional wedding for just our closest family and friends. We also knew from our time there previously that we would love to incorporate the local graffiti which so characterises the area.”

The ceremony was held at Shoreditch Town Hall and the reception was at The Fox pub.  “On a return trip to London for work, and armed with the knowledge of roughly how many people would be attending, Louise started looking for venues. After much debate we settled on Shoreditch Town Hall for the ceremony and The Fox for the reception as they were both informal and more suited to our small crowd.”

“The wedding was themed partly around a vintage 60s feel which suited both the Shoreditch area and our own taste, and the invites which were loosely based on a design we saw in a stationery shop here in Sydney. We were both adamant that this should be a very relaxed and casual, non-traditional wedding that didn’t follow any of the normal rules. Most of all we wanted it to be about and feel like ‘us’.”

“It was tricky planning a wedding from the other side of the world”, Mike replied when I asked about the styling of the wedding. “We had to guess at a lot of things. Louise sourced some custom made bunting for the day online from Emma at Sherbet Rose which was brilliant and really good value. We also got incredibly lucky with many things. Louise found her dream dress, on sale for only $200 on the very first day she went looking. The headpiece, which looks like it was made to order was found in a vintage shop in Shoreditch the day before the wedding. The pub, which we were initially concerned would look sparse without lots of flowers everywhere instead looked amazing in all its wood panelled glory in the London sunshine and with only small amounts of bunting and simple place settings. The love hearts were left over from Louise’s hen do and really made the table settings – along with the conversation starter cards we had stumbled across in Sydney.” 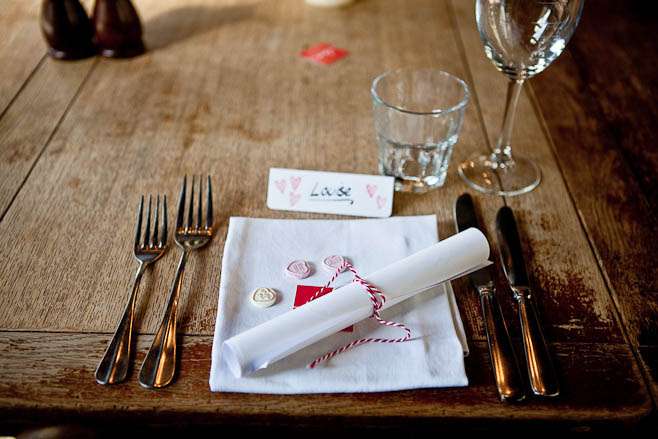 “All in all the day was perfect for us. It was really sad that my family was unable to make the journey to London however the day was spectacular with sunshine and great temperatures. We found that many things some would probably stress about on the lead up to the wedding, whilst being quite stressful before hand, all just fell into place on the day. Our photographers remarked several times on how great it was to work with a couple who knew what they wanted with the photos and weren’t afraid to do something a bit different. Many of our friends and family said how much they loved the day because it was so ‘us’ – including the vows that we wrote with some help and inspiration from others we’ve heard along the way.”

“We got very lucky with the weather and everything just falling into place when we got to London. It has to be said that Louise was a bit of a ‘reluctant bride’ – not that she didn’t want to get married (!) but that she didn’t have a dream wedding in her head and she really wanted the day to be about us not follow all the usual – and expensive! – conventions. She loved looking through your site for inspiration, but is really keen to say to others who are planning their weddings now to do what feels right and what makes the day ‘theirs’. We – and all of our guests – had such a fun and relaxed day because it all fell into place and felt like our wedding. The one convention Louise agreed to go along with, despite reservations, was walking down the aisle with her Dad. She is so glad she did that bit!”

“In an interesting modern twist we are in the process of both officially changing our names to FitzBaxter”. Mike concluded, “a merging of our two previous names. It seems from vigorous Google searching that if we do this we will be the only FitzBaxters in the world!” 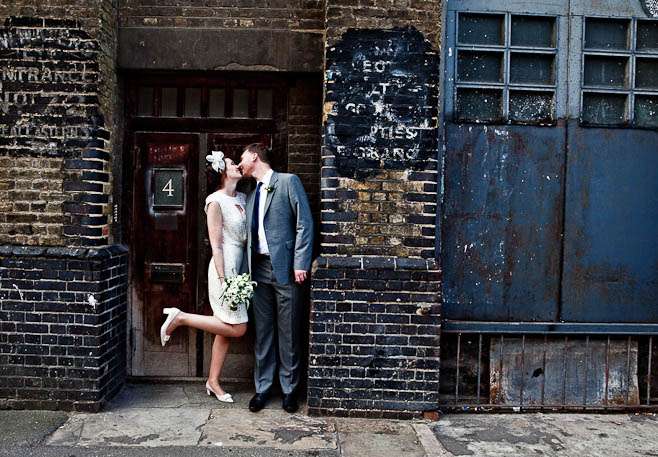 Gorgeous! Thank you to Mike & Louise for sharing their awesome wedding… and it’s nice to hear from the groom for a change too! 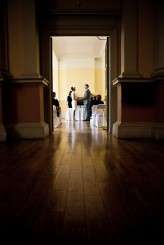 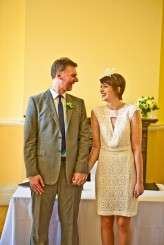 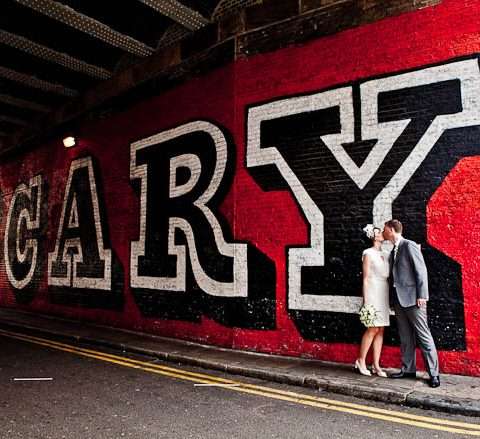 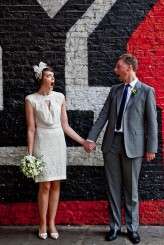 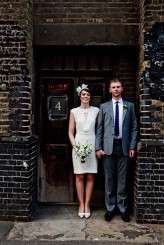 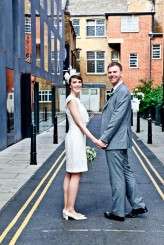 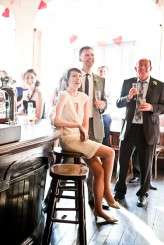