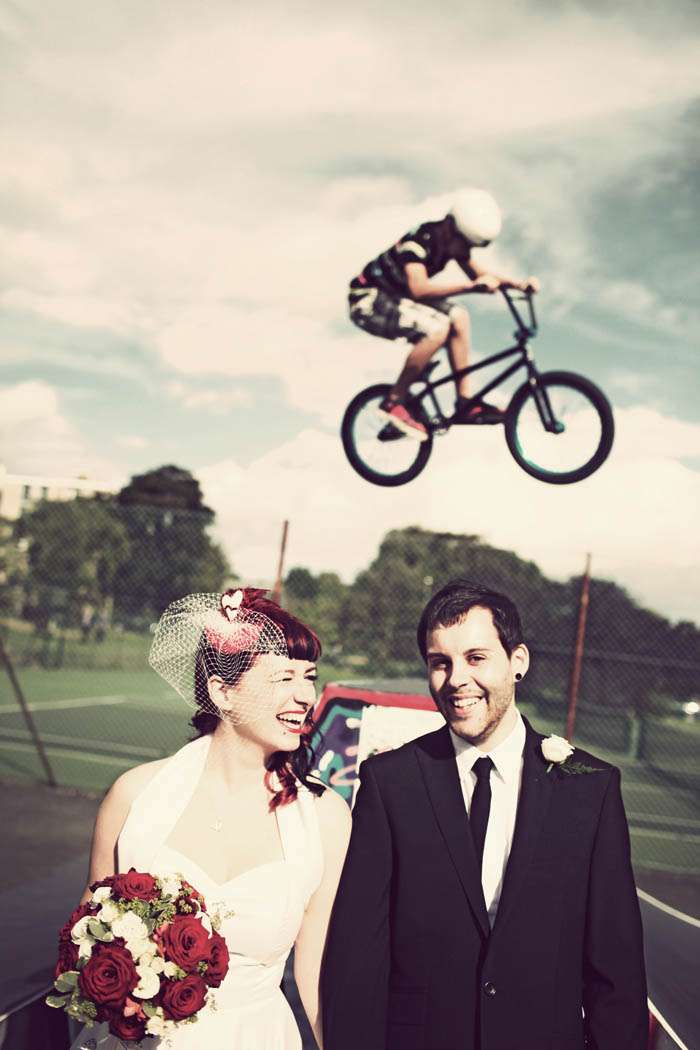 Sarah & James’ 1950’s rockabilly wedding was inspired by Sarah’s Grandparents who got married on September 12th 1953. “We wanted to get married as close to this date as we possibly could, hence the choice of 11th September 2010,” Sarah told me.  “My Grandparents celebrated their 57th Wedding anniversary the day after our wedding – the rose tattoo’s on my feet (by Sam Ricketts) have their names ‘Alice’ and ‘Mervyn’ in recognition of how special they are to me.”

“We were keen for the day to reflect our personalities,” continued the bride. “We chose a civil ceremony which was held at Pittville Pump Room, a Grade one listed building, as it is a big part of Cheltenham’s history, pumping the famous ‘spa water’ to the town (and it makes for some pretty awesome pictures!)  There was a ‘swallow’ theme running throughout (as I have swallow tattoos on my stomach) – As James is a Graphic Designer, he designed all of the wedding stationary for us – from invites, to place settings.  As wedding favours we decided on plectrums (which we ordered from the internet) as James is a guitarist, with the ‘swallow’ design and our names and the date on the back.” 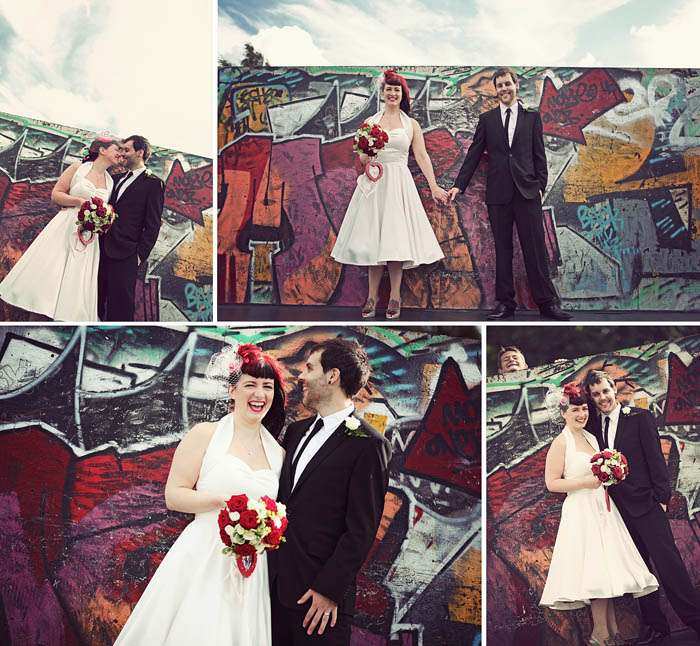 “There was also a colour theme of red, black and white running throughout the day (as these are our favourite colours!) Rather than ‘table names’ we identified the tables with movie stars and singers from the era. From Marilyn Monroe, to Audrey Hepburn and Frank Sinatra.”

Sarah wore a ivory 1950’s style swing dress from Vivien of Holloway (her bridesmaid’s wore the same dresses in black or polkadots) and the new Vivienne Westwood Melissa shoes (eeek cherries!) Her hair was done in a rockabilly style, adorned with Diablo Jo’s handmade rockabilly accessories. 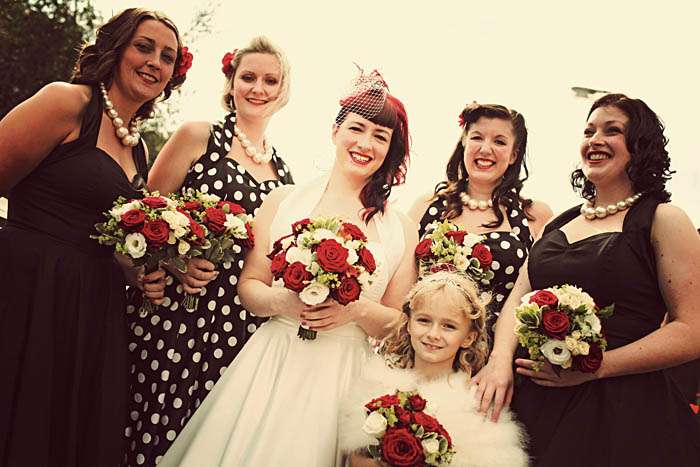 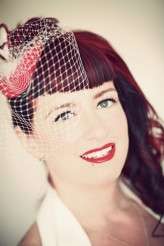 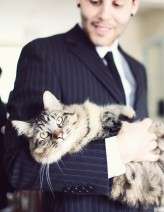 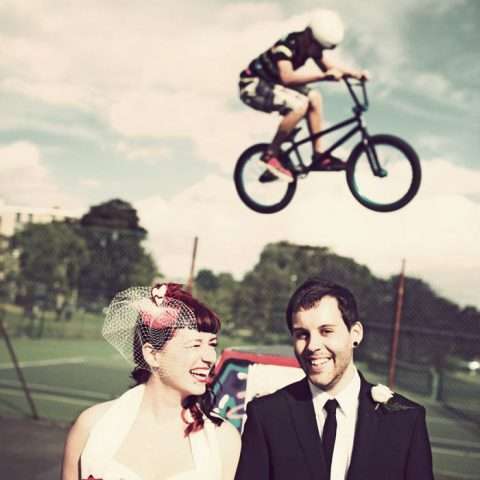 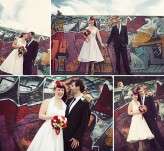 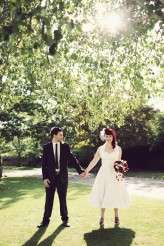 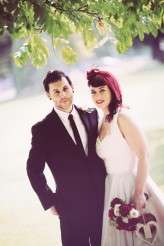 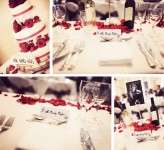