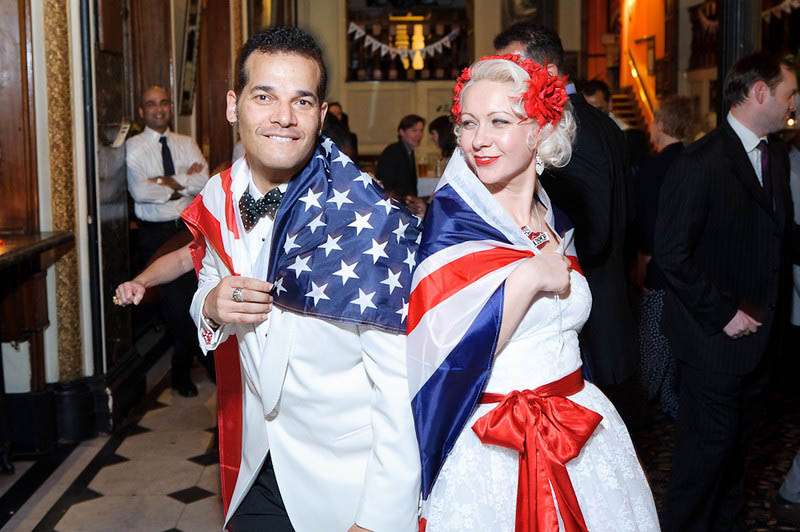 Aaron & Melanie’s rocking 50s wedding does exactly what it says on the tin.  This is unadulterated Rock n Roll Bride gold and I’m thrilled to share it with you today. The couple, who met in San Francisco while Melanie was there on holiday, were married at the end of January at Old Marylebone Town Hall, London. “We met whilst out dancing at a rockabilly club called the Jay n Bee, and whilst there was instant attraction, I was only on a two week holiday so nothing really happened,” Melanie told me. “However, I returned to the USA a few months later for Las Vegas and a three month stay in San Francisco, and that’s when we started dating.  We continued travelling between San Francisco and London, and got engaged on our 8 month anniversary (which was also Christmas Eve) whilst out dancing at the Southbank Centre in London.  We had originally planned to get married in SF, but one sunny day last October, we were laying in the garden here in London, and I said to Aaron ‘We should get married in London…in January!’ and so we planned our wedding in just over three and a half months!” 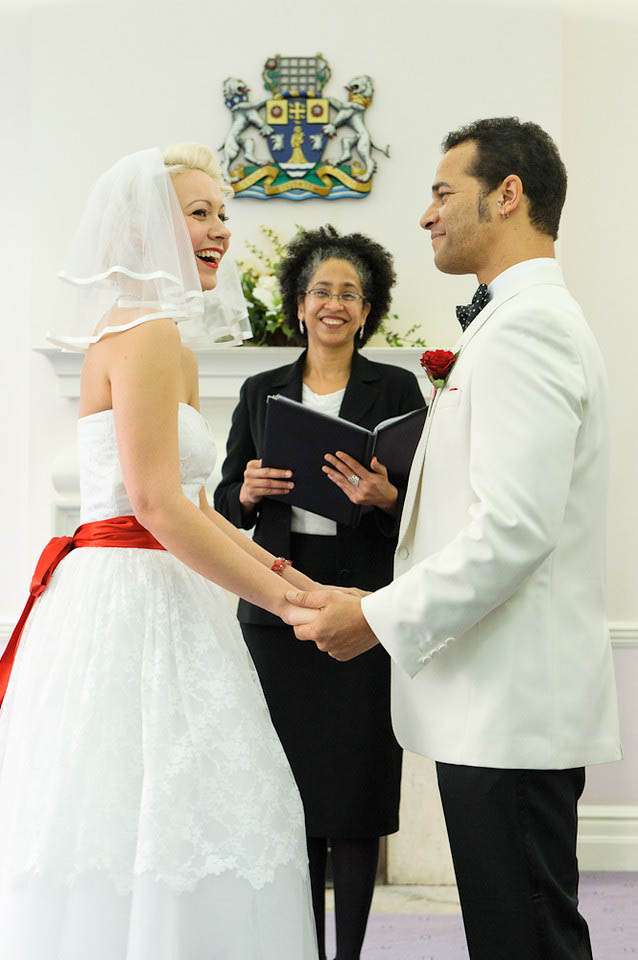 In order to keep the wedding personal, to save money and to enable them to organise everything so quickly, the couple did as much as they could themselves, with the help of friends & family. “We are really fortunate to have a lot of talented friends who were kind enough to help us make our day exactly as we wanted it to be,” Melanie continued. “My niece’s friend Claudia made our cake for the cost of the ingredients, numerous DJ friends took to the decks on the night and my sister’s friend Leena Teperi made my dress for me (exactly how I envisioned it!) My friend Natasha from Pretty Me Vintage did my hair and make up for me and an old school friend of mine, Mike Massaro, was our photographer.” 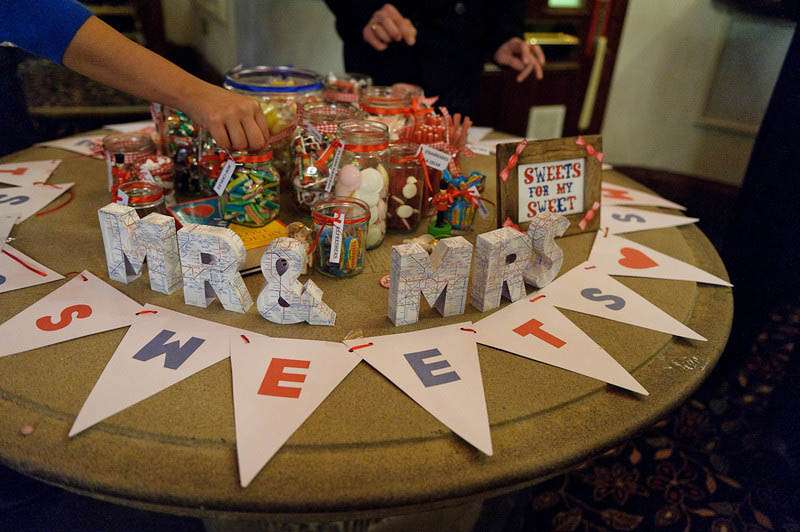 “We knew that we wanted our wedding to be very personal, and Aaron and I spent many evenings crafting until 2am in the weeks running up to the wedding! We made bunting, table decorations, cookies for favours, the table plan, signs, labels for the sweetie jars, mini-bunting for the table names, and my personal favourite – Aaron made Mr & Mrs 3D letters from scratch, using card, glue and tube maps (to keep with the UK part of our UK meets USA theme!)” 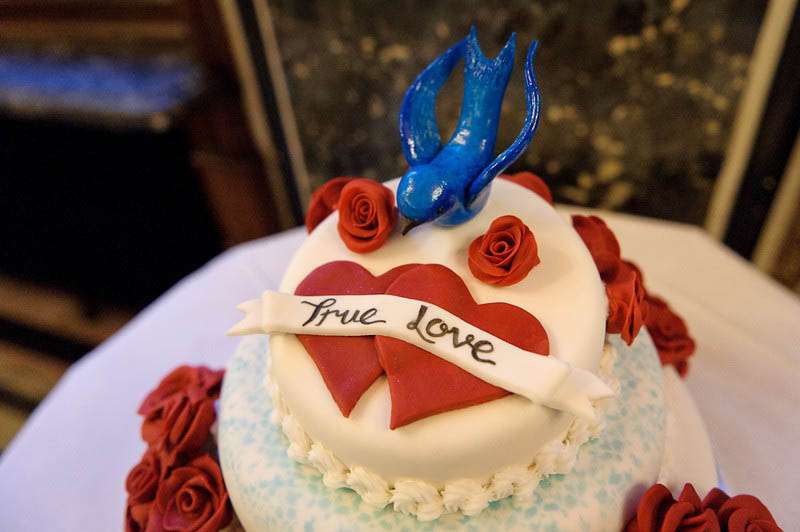 The most important thing to these two though? Well it’s all about the love baby! “Without trying to sound too cheesy, we were inspired by our love,” smiled the bride. “We planned our wedding around all the things that are special and meaningful to us, and did the best we could, with our budget, to make the most fun, memorable, romantic and personal party possible. We wanted rockin’ music, delicious food, attention to detail, and a fun atmosphere. We started out with a very non-traditional approach, and ended up with the perfect mix of traditional and non-traditional elements. We honestly feel that even if we were not on a tight budget, and had access to double or triple the money to spend, we still  wouldn’t change a thing.” 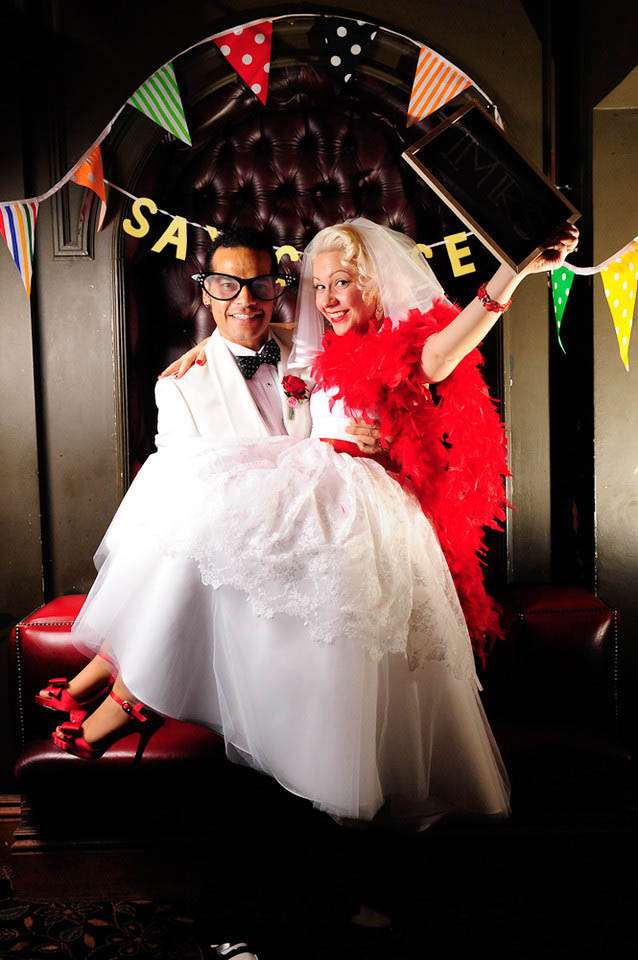 Love love love! Well that’s what it’s all about isn’t it? Thank you so much to Aaron & Melanie for sharing their love-filled wedding with us today. 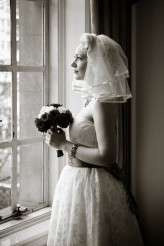 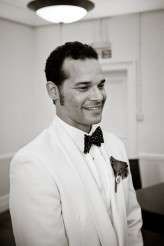 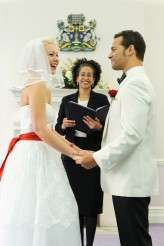 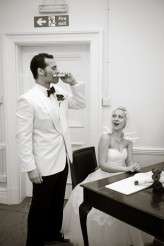 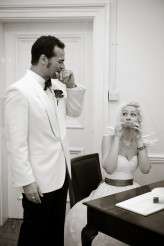 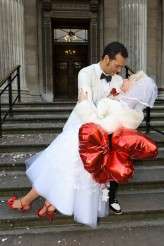 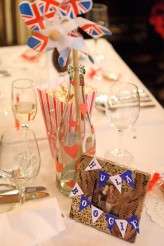 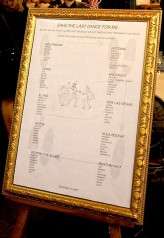 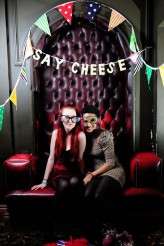 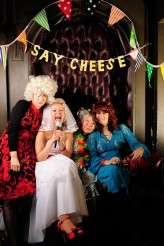 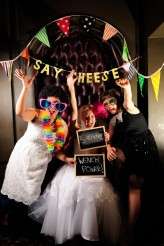 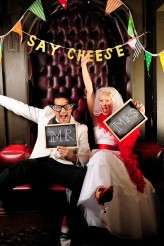 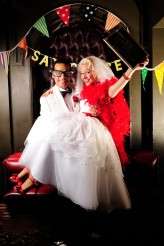 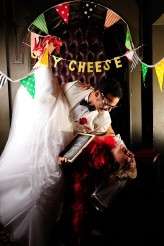 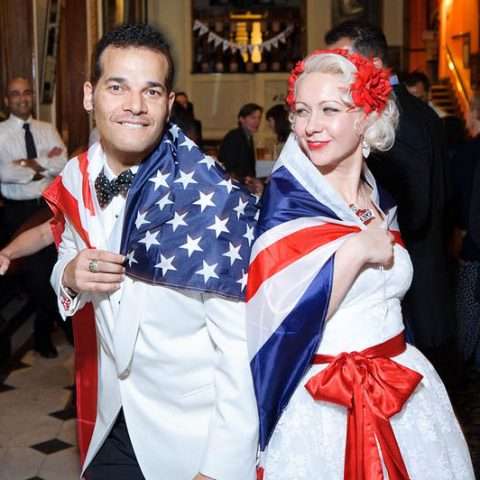