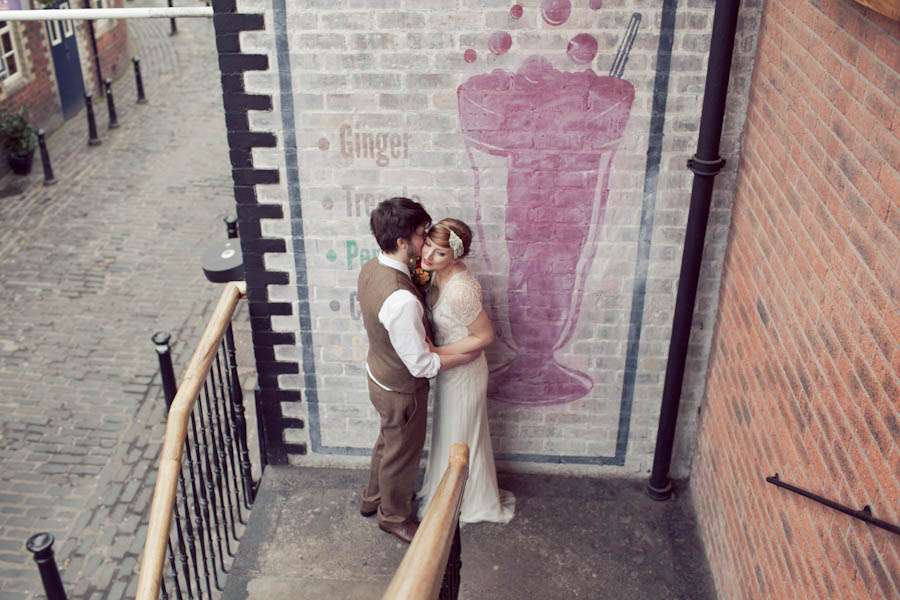 They met while they were both working for their University newspaper, and although Jane said she only joined for ‘the hot boys’, it would appear her joining was worthwhile! The couple planned their wedding for March 2012 and were married at Ubiquitous Chip, Glasgow. Their love of writing inspired their wedding decor, particularly the ammmmazing book vases. I had to know more… 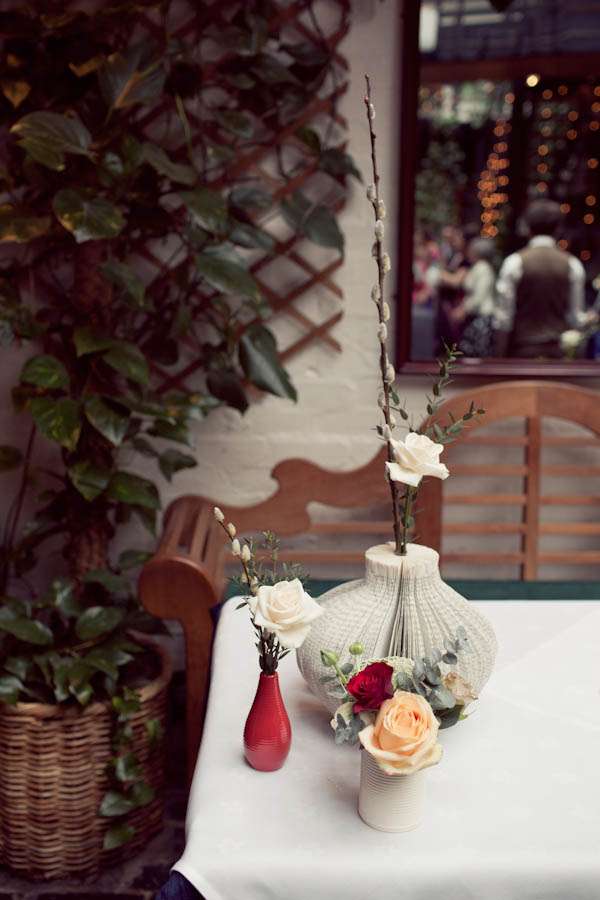 “The DIY book vases (we got the tutorial via Ruffledblog) were definitely more of an ordeal than I’d realised,” explained Jane, “but we used the offcuts to make matching confetti and decorate the table plan which made quite a nice book theme. The slight fail on my part was that the books – bought from charity shops – were a high proportion of Jackie Collins or similar so there was quite a bit of filth in the confetti and some vases had to be strategically placed to avoid family and younger viewers!” 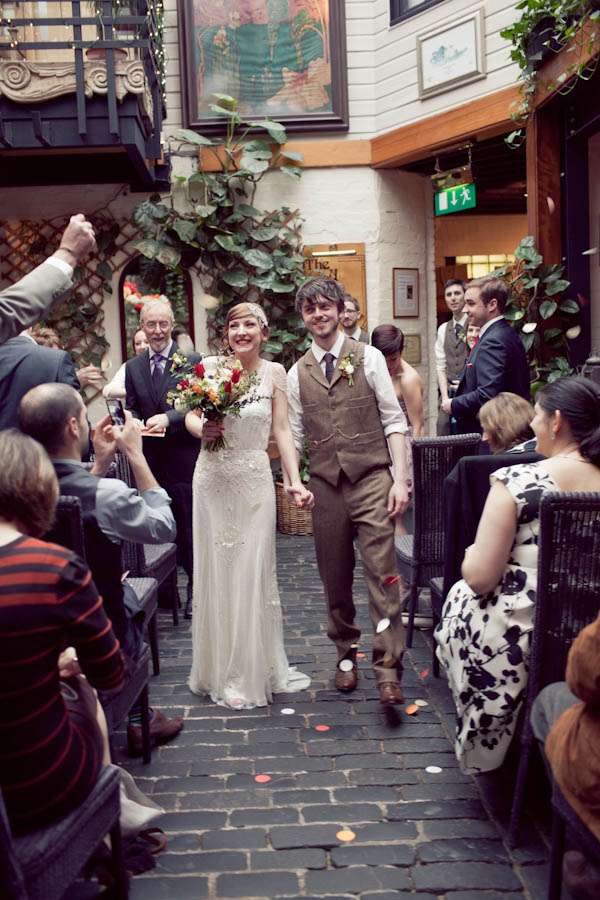 “I think we realised early on that we would both look totally out of place at a more formal, traditional wedding so we wanted to go for something a bit more relaxed – we’re both also quite food-obsessed so we wanted a day with lots of good foods and drinks,” she continued. “Mike and I named the tables after some of our favourite Seinfeld episodes as we bonded early on over a mutual love of watching Seinfeld and eating sandwiches in our pants. My sister and I made the favours (chocolate covered pretzels, mini apple pies and red velvet cookies – which turned out to be brown velvet cookies due to a food colouring fail on my part) as Mike’s family are from America and we wanted to add a little hint of that.” 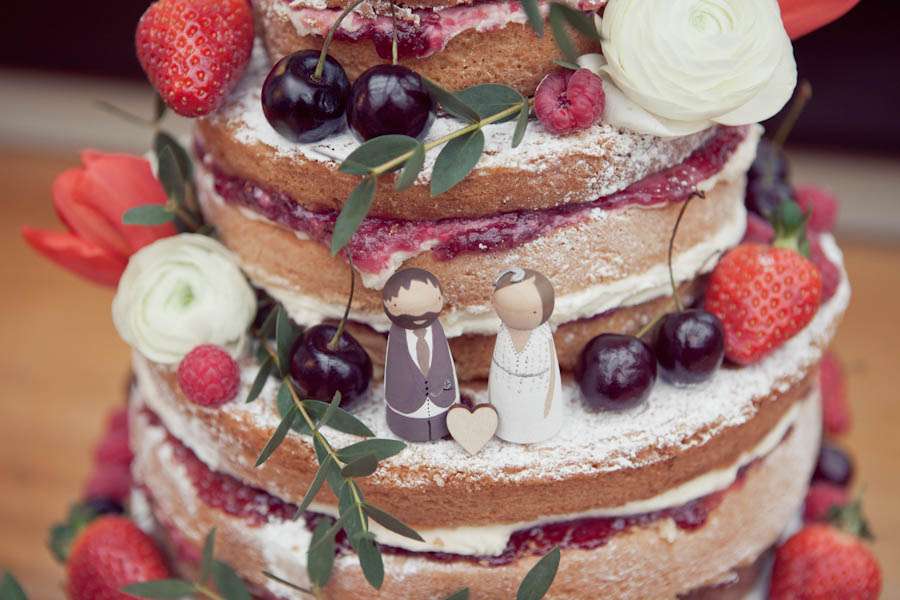 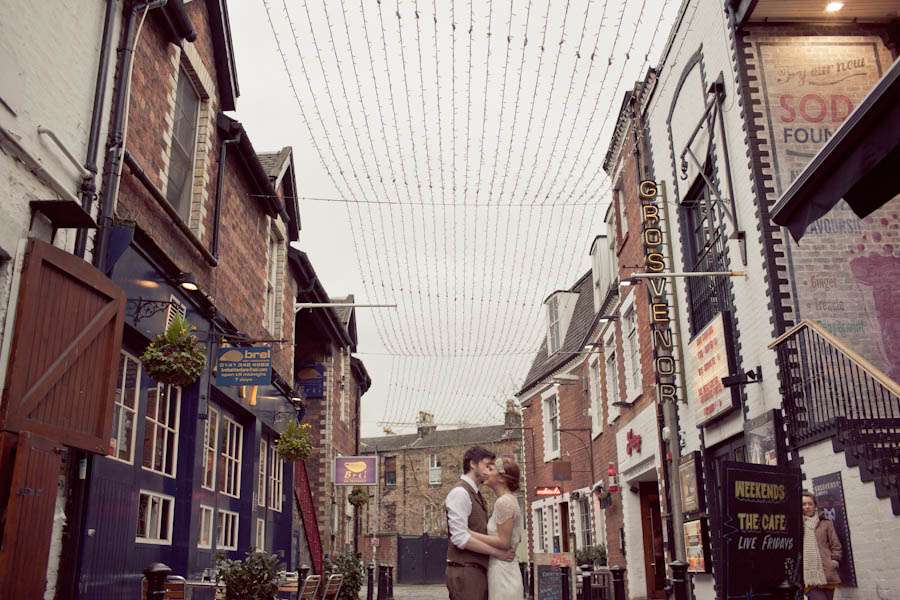 HAHA! Thanks to Jane & Mike and their photographer Caroline for sharing this fab wedding with us today. 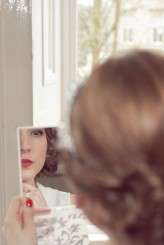 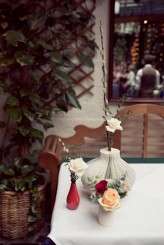 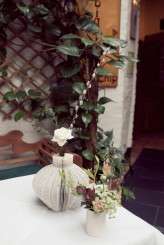 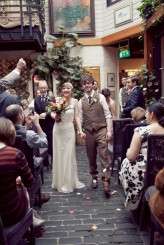 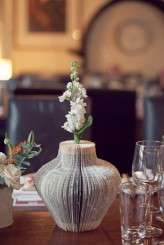 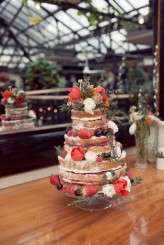 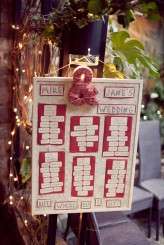 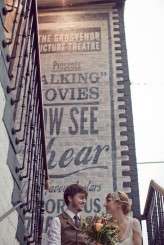 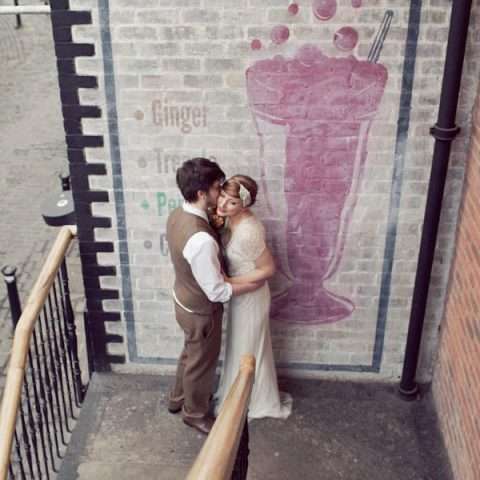