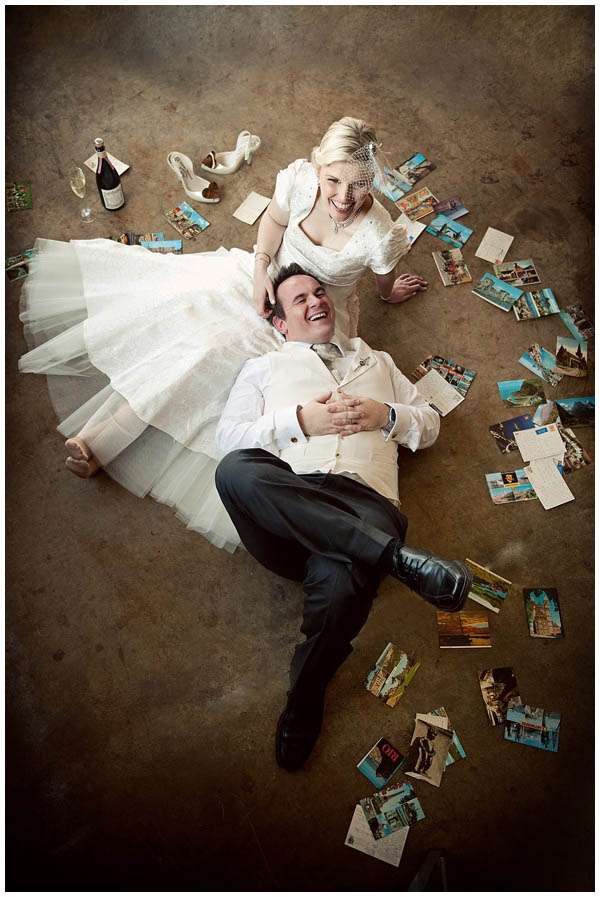 What started as an ‘in’ joke about a love of dinosaurs, ended up being the  inspiration for Sam & Stew’s wedding, which took place in South Africa last September. “Neither of us can really remember where the dinosaur thing started,” Sam explained, “but it is now well and truly an inside family joke – the fact that Stew and I are ‘dinosaurs-for-life’. I found the plastic models at Pollocks Toy museum in London, and added the little details to turn them into our very own bridasaurus & groomasaur, cake toppers (by far and away the groom’s favourite part of the decor!)” 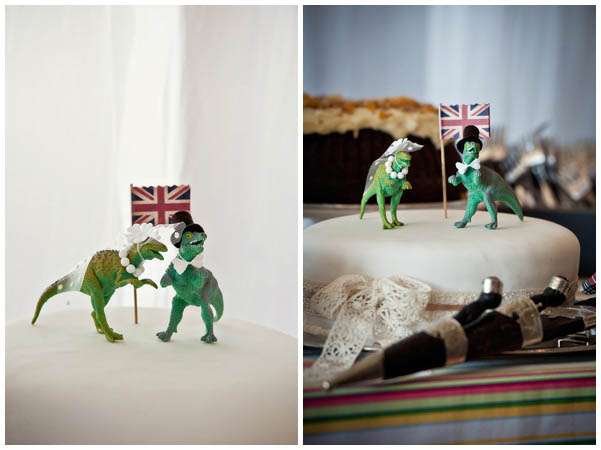 The couple knew they wanted a casual wedding, one that screamed ‘them’ and one that all their friends and family would enjoy. “The idea of a formal wedding day, frankly – scared me!” the bride continued, “Giving ourselves permission to go ‘off script’ and make our day more FUN than formal made all the difference! My Mom (who never believed I’d get married) used to joke that if the day should ever arrive, she’d stretch the budget as far as the local hamburger joint, and treat everyone to a milkshake and fries. So, that’s just what we did! Our caterer was wonderful, and created a gourmet five star ‘Build Your Own Burger’ feast that included salads, homemade relish, a choice of filling and even a veggie patty – made from chickpeas.” 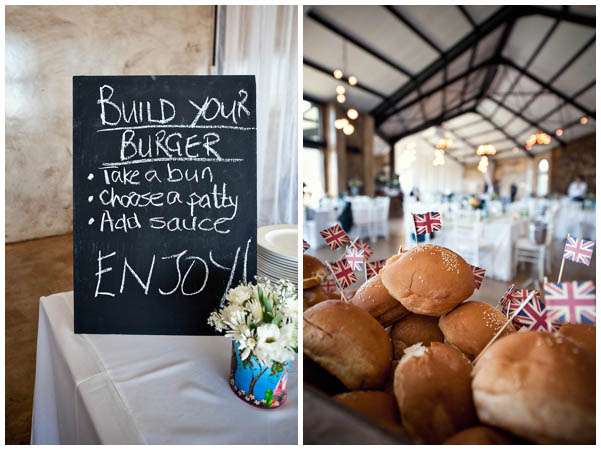 “We also opted for a lunchtime wedding – unusual in South Africa, because we wanted to relax with our close friends and family after the more official part of the day was over….which we did, looooong into the night!”

“Our day would not have been the same without the help from our families,” she concluded. “My amazing and beloved 92 year old Grandpa hand made all our blackboard signage, and allowed us to raid his shed for old milk cans, farm buckets and brass coal skuttles. To not only have him with us on the day, and share a dance with him, but also look around and see his handiwork displayed on every table was unforgettable!” 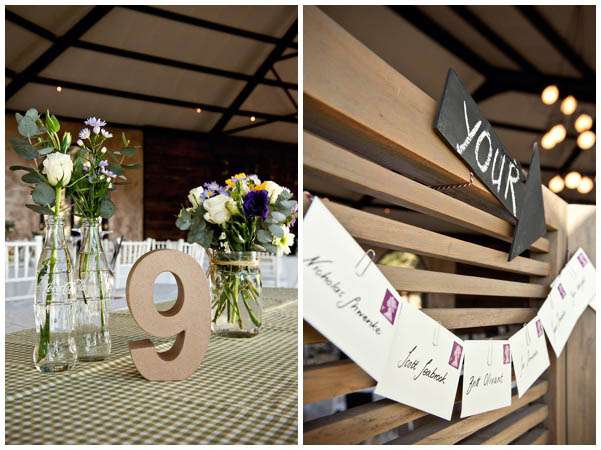 “From my Grandpa’s DIY blackboards, to the cake, and to my Dad’s valiant effort to drink enough Miller’s to create the impressive ‘hanging garden’ backdrop. We also asked Stew’s Gran to make us a batch of her famously delicious fudge (which we added to the dessert table) and we made a batch of my Gran’s super secret cookie recipe for our favours.” 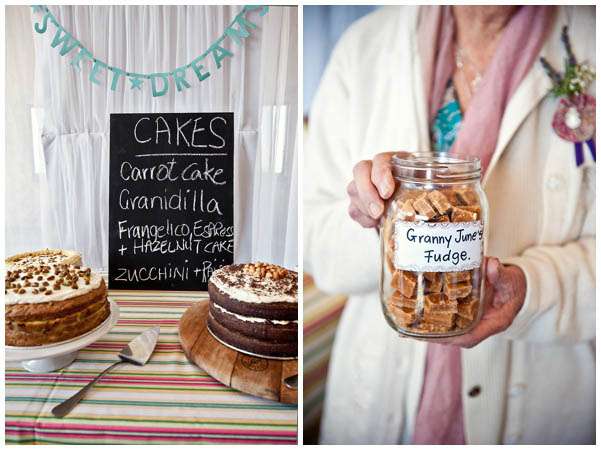 The bride even wore her Grandmother’s wedding dress, a vintage original from 1947. Although it needed a few repairs it fitted her like a glove and it was a really special to Sam to be able to wear the same dress that her Grandmother did 64 years ago. 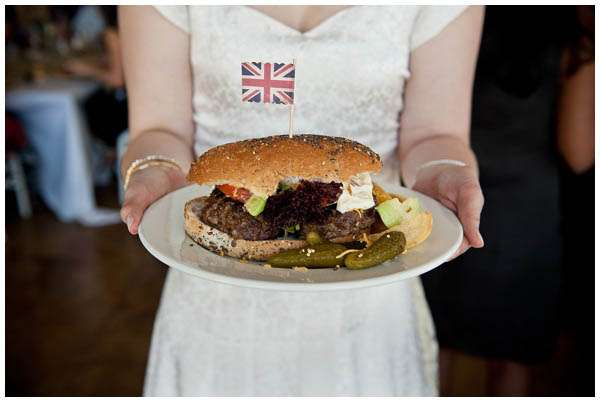 Gosh, don’t you just love these guys?! Thank you so much to Sam & Stew and their photographer Jacki for sharing today. 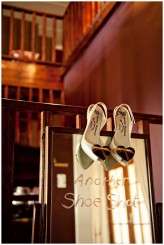 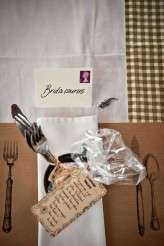 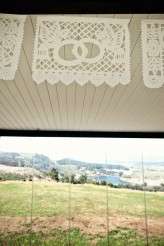 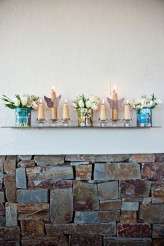 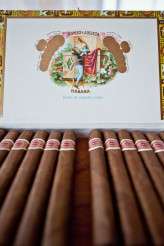 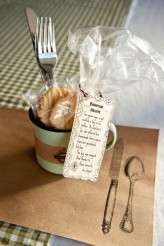 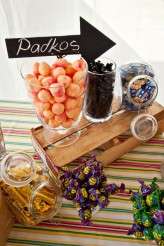 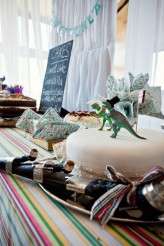 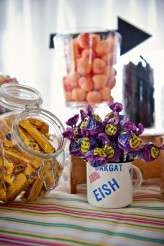 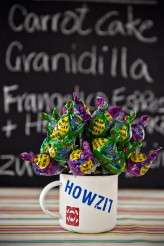 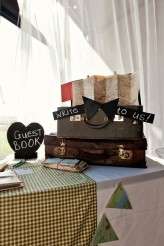 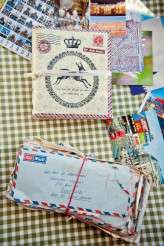 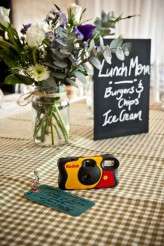 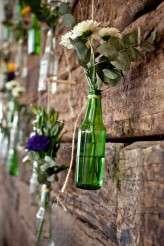 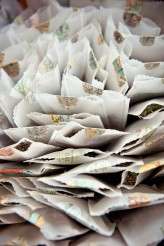 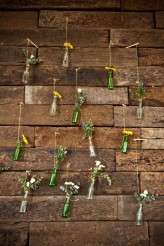 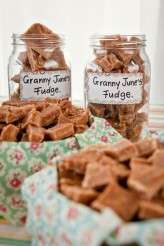 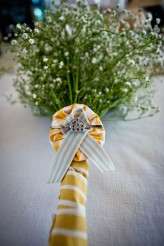 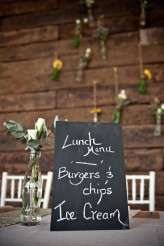 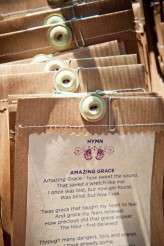 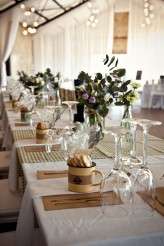 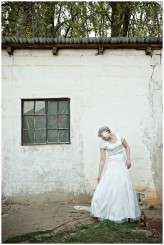 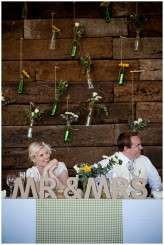 When you set your wedding around a vintage carousel it's pretty much guaranteed to be a fun-filled and awesome day right? That's exactly what Lucy & Mini had when they found Preston Court in Kent, and even the rain couldn't stop them having the time of their lives! "Lucy & Mini chose an outdoor wedding and were married under a pretty little gazebo on Juliana's Island which their guests sat across a little stream to watch," wedding photographer Jennifer West told me. "All was well until there was a huge downpour which soaked all the guests. Luckily everyone saw the funny side. Lucy & Mini walked down the aisle (well, the path) as husband and wife to 'Lucy in the sky with diamonds'. The torrential rain lasted most of the day until the end when the sun came out and lots of fun photos were taken on the carousel while the sun was setting."

Oh South Africa you do have some beautiful light...and how lucky are Zigi & Warren to have had Shanna Jones Photography to capture it so magically? "We wanted a different wedding that represented our style," Zigi told me. "Something that was unique to us as a couple. Warren is into Cars/Bikes & Fashion. I am into Food/Art/design…and unfortunately cars too. We decided to do a Road trip to our destination (this is something we do often & is actually part of our lives). The plan was to do it over 4 days & 3 nights to ensure we really don’t miss anything, but also get the time to spend with the various groups of people. The plan was that the entire group would get to know each other by being in the same town for 3 nights. This would mean on the wedding night we can just hang!! Quite a few of our friends are muscle car collectors – so about 10 cars drove up (where others brought their off-road bikes to go into the mountains)."