Ooh it’s that time for me to let you know where else you may have spied my mug this month. As always BIG love to the British (and international – I made it to Australia this month baby!) press. I love you much. 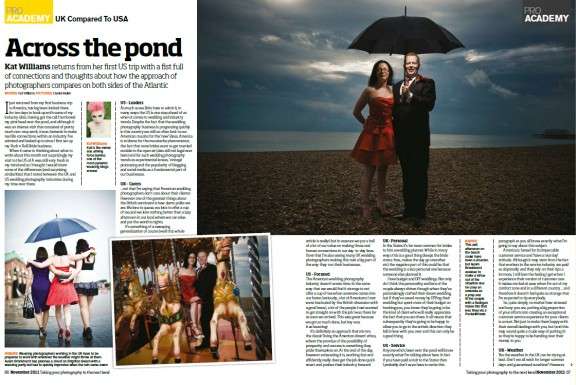 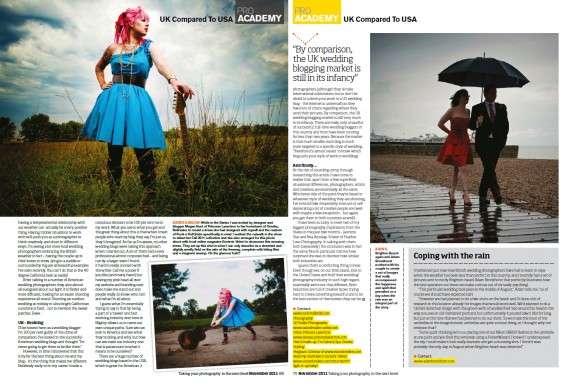 Fresh back from my American Adventure, this month I wrote about some of the differences (and striking similarities) I witnessed between both our industries. I featured images from my photo shoot with Princess Laserton and Daniel Muller (US) as well as some awesome shots by Viva Wedding Photography (UK) 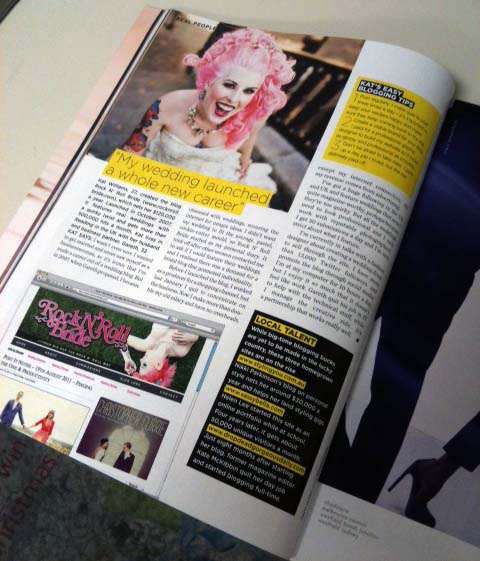 After I was featured in Marie Claire Magazine here in the UK in August I was contacted by the Australian (and Greek – but I’m still waiting to hear back on when that one will be published) edition to ask if they could feature me too! Well they didn’t have to ask me twice.

Thanks to Rock n Roll Bride reader Mel for sending me the photo of the article. 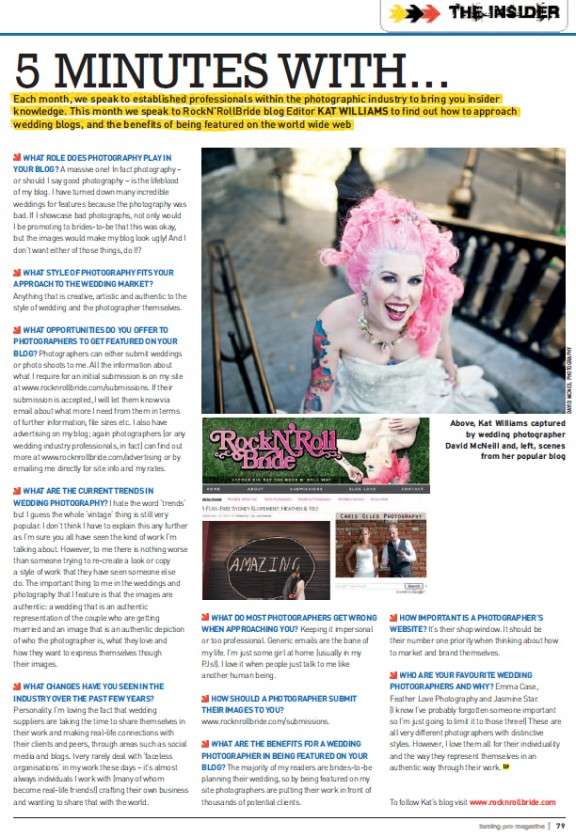 Thanks to the guys at Professional Photographer magazine for interviewing me and asking me questions about all the things I love – blogging, photography and weddings! 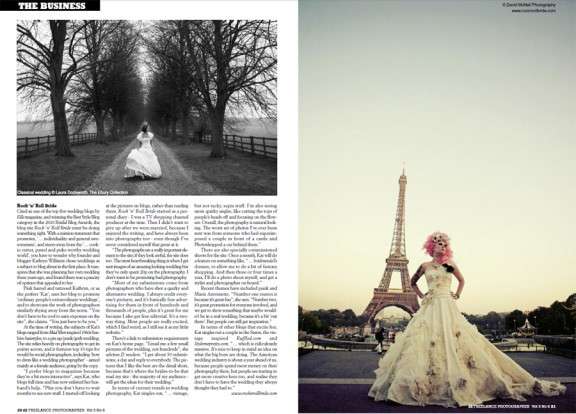 F2 Magazine ran a feature on the top UK wedding blogs and I was super excited to be included and even more excited when I received my copy this month! They gave me a lot of coverage and I’m extremely grateful for their support. 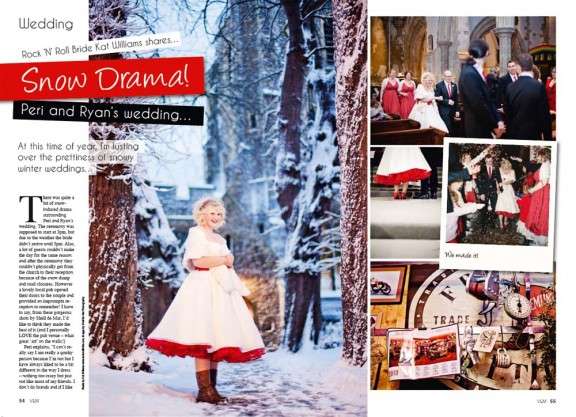 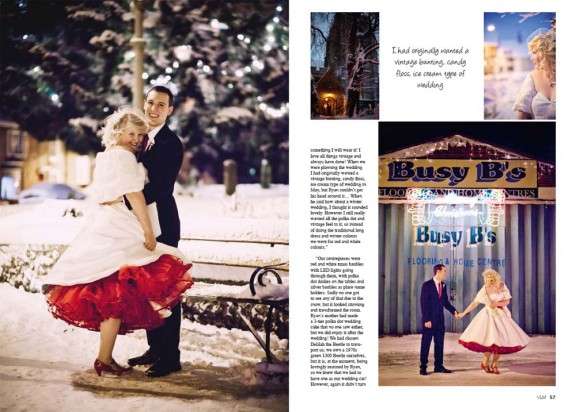 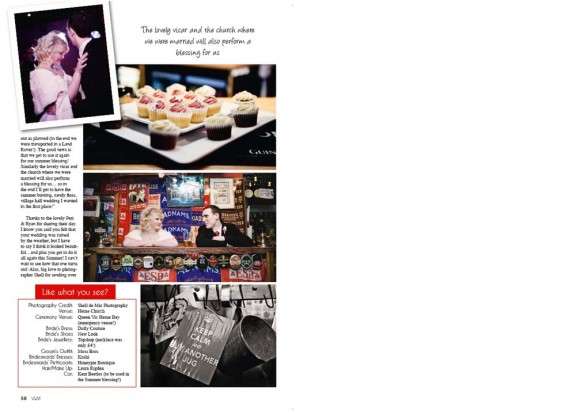 As we move into the Autumn/Winter months, I wanted to show the readers of Vintage Life Magazine, that you don’t just have to have a Summer wedding to have a beautiful day. I love Peri & Ryan’s wedding and I’m so excited that the magazine readers got to see it too.

Things may have gone wrong due to the weather on their wedding day but OMG I love how it all turned out. Impromtu reception in a pub? Awesome.

You can see more on this wedding on the blog here.