Here’s where you might have spied my mug over the last 30 days. As always, thanks for all the support from the fabulous British (oh and Australian woohoo) press this month! 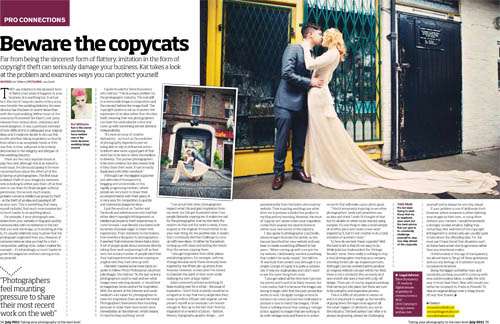 This month I addressed a slightly touchy subject, but one that I felt really needed to mentioned – the rise of copycats in the wedding industry and what to do if you feel your ideas are being plagiarised.

Oh yeah, I take no prisoners. 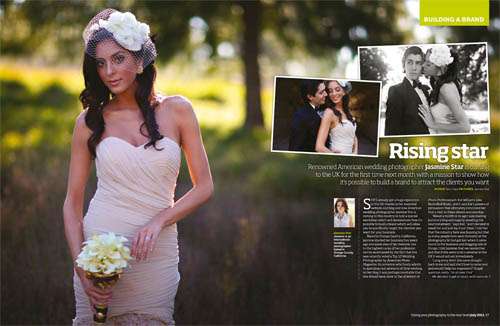 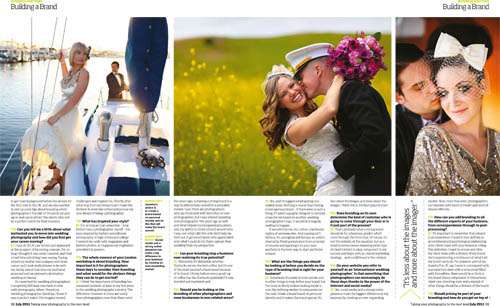 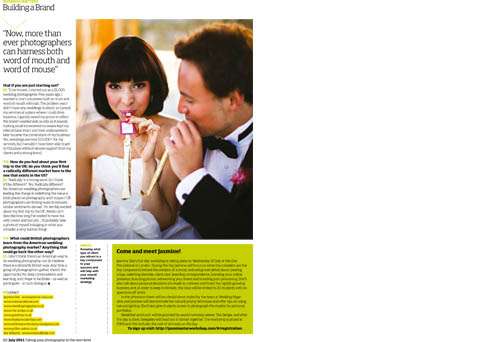 Photo Professional were also kind enough to run a FIVE page (!) article about my girl Jasmine Star and the workshop we’re organising in London on the 20th July. It’s getting so close now and oh boy am I excited! 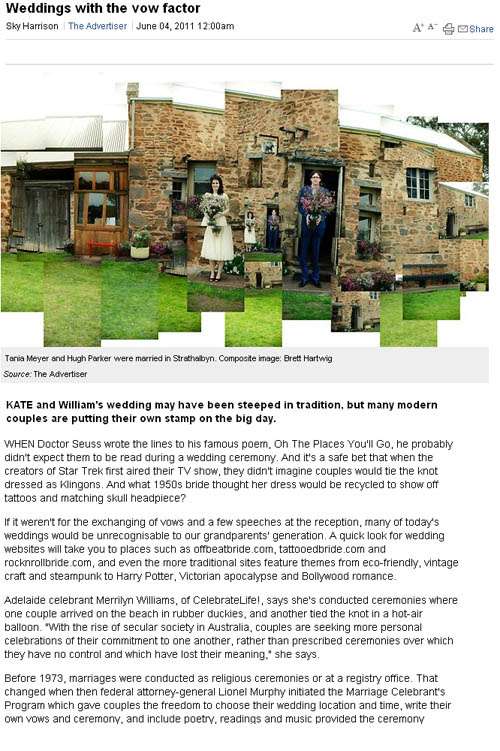 Thanks to Australian blog reader Emily who put me onto this! I was mentioned in this local Adelaide paper in an article about alternative weddings. You can even read it online here! 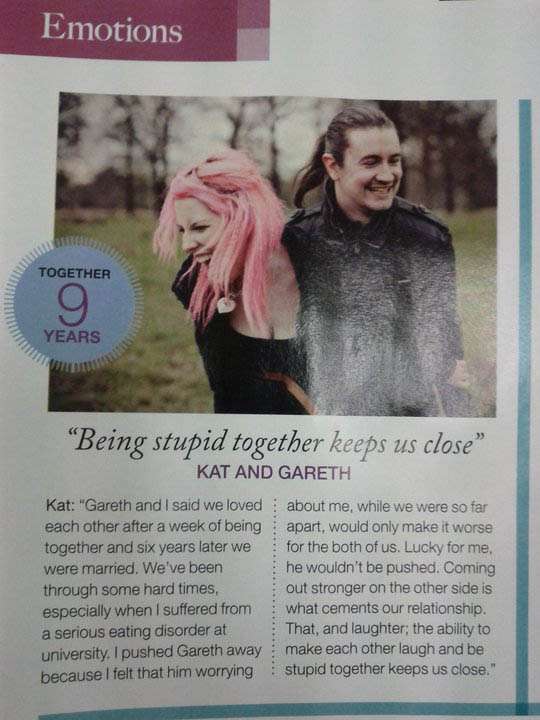 Not directly related to Rock n Roll Bride, but the team at Easy Living got in touch with me to ask if I knew some couples at various stages in their relationships who would be willing talk about their love. So as well as nominating a few of my friends, Gareth & I took part too. Awww…