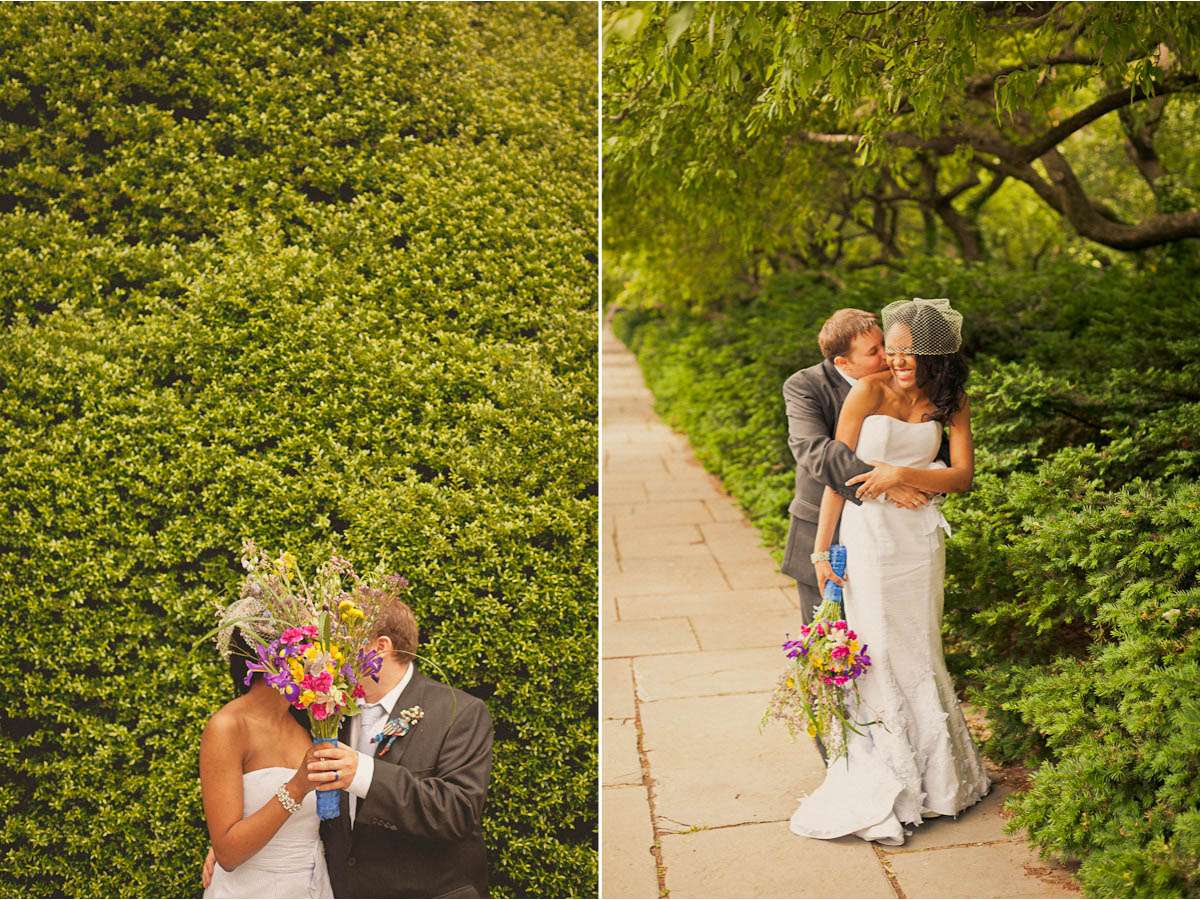 Janel & Eddie were married at Central Park’s Conservatory Garden. “As soon as planning started I realized that if I worried about giving people what they expected from a wedding or what would make them comfortable, I would not enjoy my day as much as I should” Janel told me. ” So I just went for everything that makes me happy and comfortable and made those the focal points of the wedding.  I don’t see the point in buying an expensive pair of shoes for a dress that you are going to only wear once, so I got cool sneakers that I can wear again, and again, even if the dress will have to stay hung up forever.  I also love our action figure collection and my British Sci-Fi shows (especially doctor who), so I threw them in there too with a weeping angel in my bouquet and a TARDIS as my card box.” 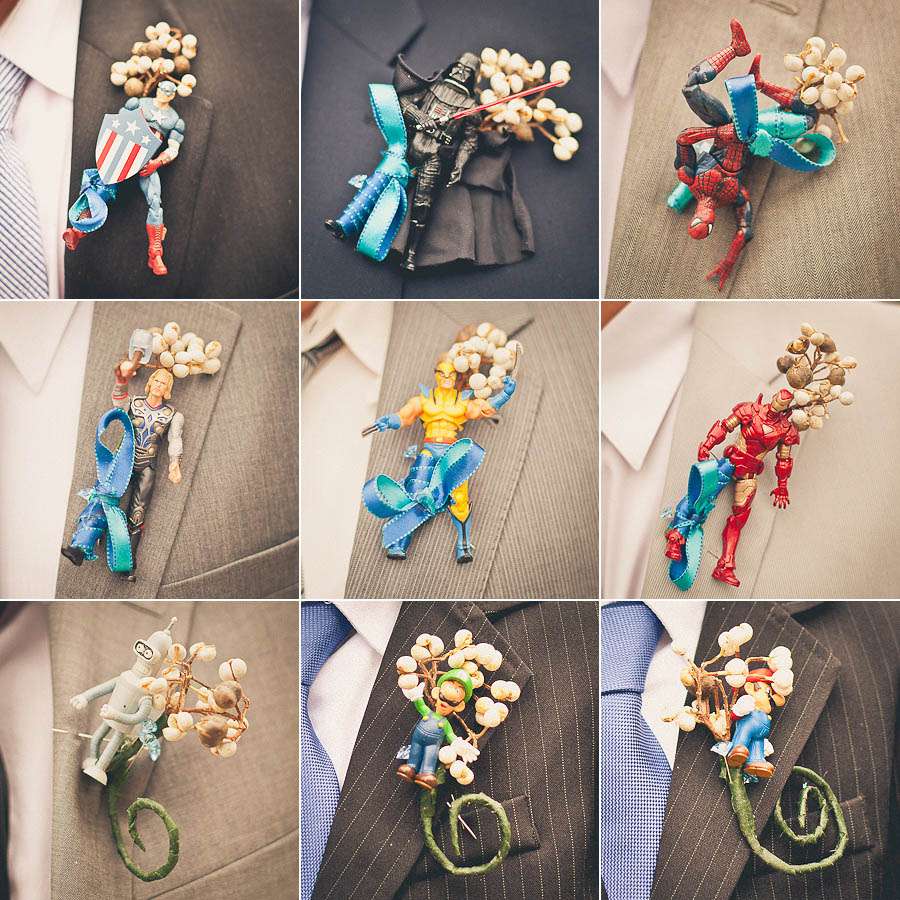 The wedding theme started off as having a vintage carnival vibe, but by the time the wedding rolled round it had morphed into a “Whatever the hell Eddie and Janel want, with a vintage touch” (their own words!) The bride wore a dress by Michelle Roth with customised Converse and carried a DIY bouquet like no other! “Anything can be part of your bouquet,” she explained. ” When my girls started to feel left out that only the boys had action figures as boutonnieres, I went on the hunt for all of the female kick ass action figures that I could find (which was harder than I thought).  I wrapped 22 gauge wire around one their feet to make something like a stalk that I then put into the bouquets so that they had some support.  The result was a unique touch that didn’t necessarily jump out at you right away.” 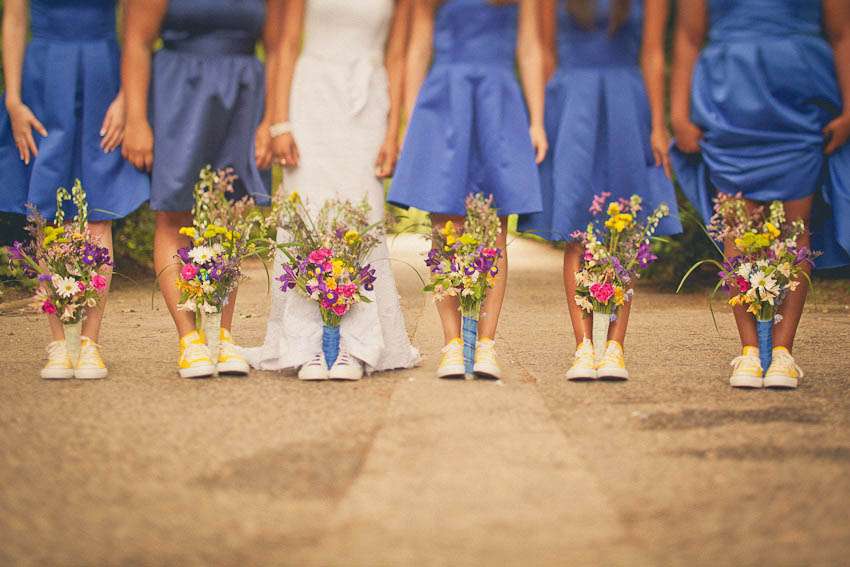 Thanks to Janel & Eddie and their photographers Sweet Little Photographs for sharing these today. 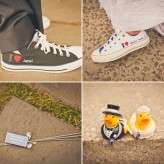 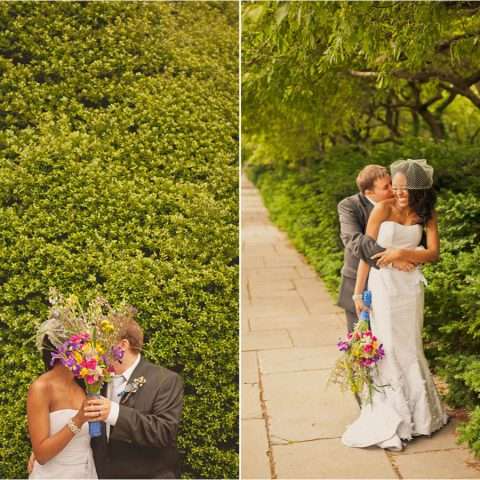 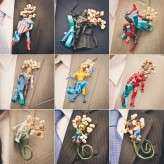 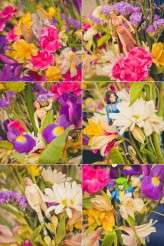 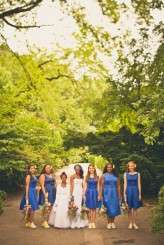 With a penchant for all things glamorous and retro, it was no wonder that Angie & Brian had the wedding that they did. The bride, a burlesque dancer, and the groom, a jazz trumpet player for Lady Gaga, wanted a day that truly reflected the things that they love. They didn't just want to plan a wedding - they wanted to put on a show! The wedding was held at Grand Prospect Hall, Brooklyn.

“Englishman in New York” – An Intimate Wedding on a Private Yacht: Natasha and Marc

When Gareth & I were in New York in May we met up with photographer Steve Gerrard as he was also over from the UK to shoot Natasha & Marc's wedding! The couple, also from England, flew him over with them as they knew he was their perfect wedding photographer after seeing him featured on Rock n Roll Bride. The intimate ceremony was held in the Ladies Pavilion in Central Park, which was followed by a photo session around some iconic NYC locations (they also met up again the next day to shoot some more!) The reception was on a private yacht with incredible views of the city.