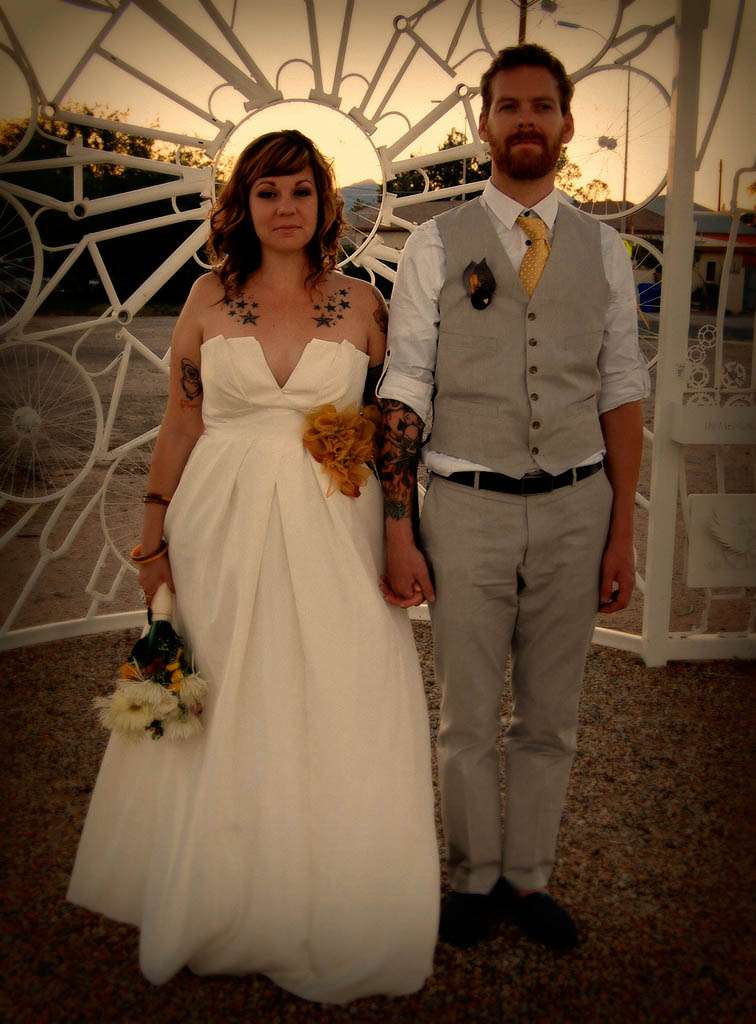 Sandra & Colin’s were married on 10.10.10 at The Franklin House, a private mansion in Tucson, Az. Their wedding was a super budget affair and 99% DIY. The couple did it their way and Sandra even had her dog walk her down the aisle (after some family disagreements.)

“Our wedding was 99% D.I.Y. and very low budget,” the bride told me. “We did get our wedding cake as a gift made by Busy B’s Bakery. Colin designed all the programs and invitations and printed them at Vistaprint. We used all biodegradable bamboo utensils (that were wrapped with recycled fabric napkins I made) and sugar cane plates we found online pretty inexpensive Green Party Goods. At the time I was teaching a recycled art class in a middle school. For one of the classes I had the students decorate the plates with edible markers.” 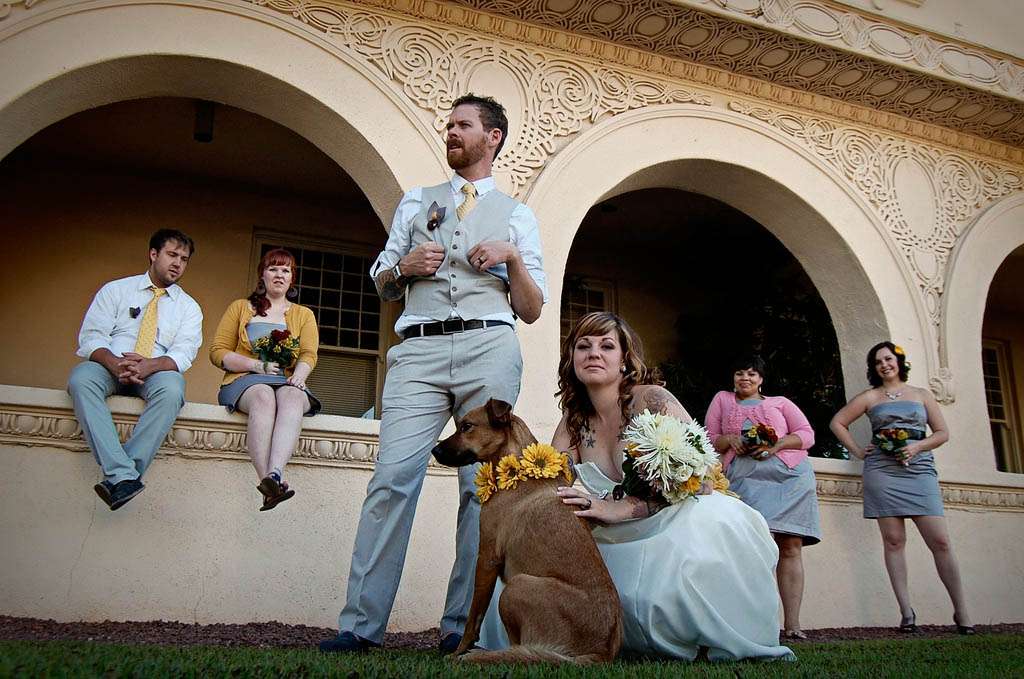 “All the food we prepped and made the day before the wedding as well as that morning by the wedding party and us both. We wanted to keep it really simple and picnic style since it was outside, so we had bread, crackers, spinach dips, bean dip, cheeses galore, pasta salads and sandwiches.  I baked our favors which consisted of vegan banana bread, oatmeal raisin cookies and we got maple leaf cookies from Canada. My husband is Canadian and we wanted to pull in that a little to the mix, as well as the fall theme. From the start of us dating I always baked for him. His favorites were the banana bread and oatmeal cookies. Somehow I think that is how I won over his heart, with sweets. I packaged them in brown bags and tags made on moo.com of our engagement shoot.” 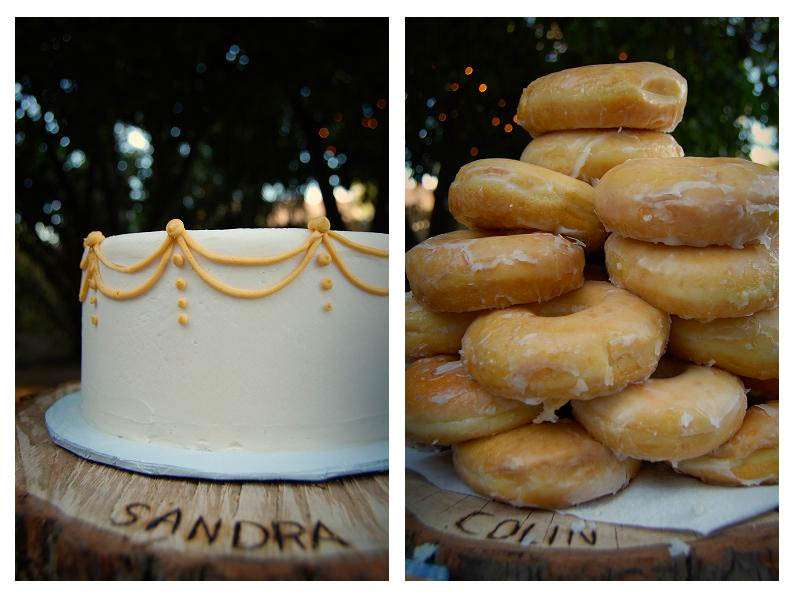 “All of our flowers were purchased locally from the supermarket and the bridesmaids put them together. I made the decorations that were all over the place and together that morning we set everything up. It was a lot of work but totally worth it. His parents were so amazing to us. They rented tables and chairs from a local friend for the event not to mention helped us pull it all together.”

“Since we met on a bicycle ride and he proposed there too, we had to incorporate bicycles. We had our guest bring or ride their bikes over and after the ceremony we went for a little ride downtown.” 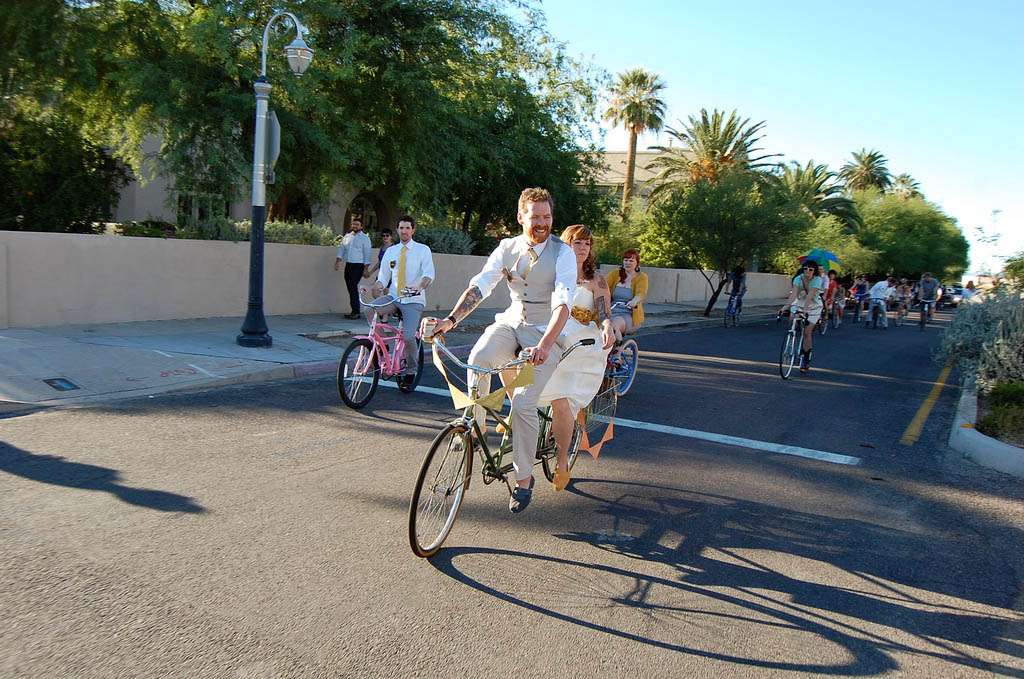 I love these guys. Thanks so much for sending over your beautiful wedding! 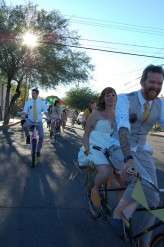 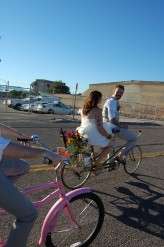 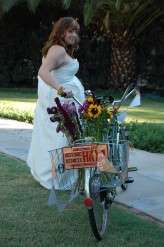 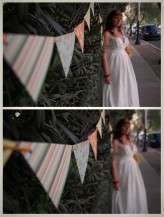 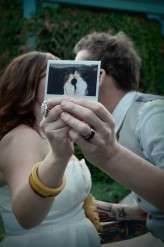 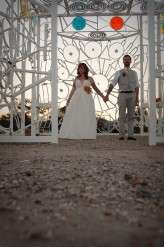 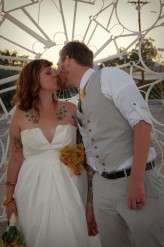 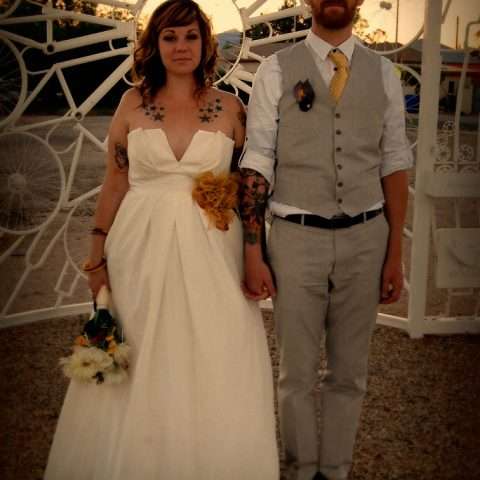 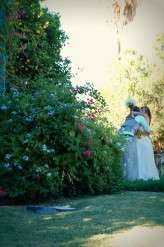 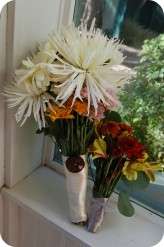 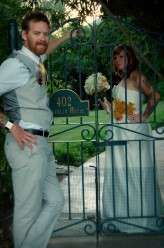 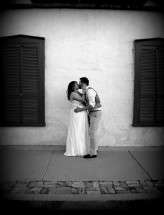 A Couple of Cameras

This fashion designer bride and her artist groom were married at The Rapids Theatre in Niagara Falls, NY. They wanted a budget-friendly, DIY wedding and so did as much as they could themselves. Their good friend, Greg Barris, a stand up comedian who was already ordained, preferred their ceremony. The bride designed and made her own dress, but the DIY didn't stop there!

Bohemian & Industrial Wedding in Michigan with a $900 Budget!

Josh & Jaclyn were legally married on July 13th but had their reception on the 16th at Smith & Wilson Winery in Cedar Springs, Ontario. "We decided to have the reception and the ceremony were on separate dates," Jaclyn told me. "On the Wednesday before the Saturday reception Josh, I, our parents and two close friends went to city hall for a justice of the peace ceremony. It was really relaxed - we didn’t even dress up in our fancy wedding attire. I wanted this because wedding ceremonies always bore me to tears and didn’t want to put our guests through that. It is also a good thing because I got a case of the giggles so bad that tears streamed down my face and we had to pause so I could catch my breath. That would have been so horrible in front of 100+ people!"