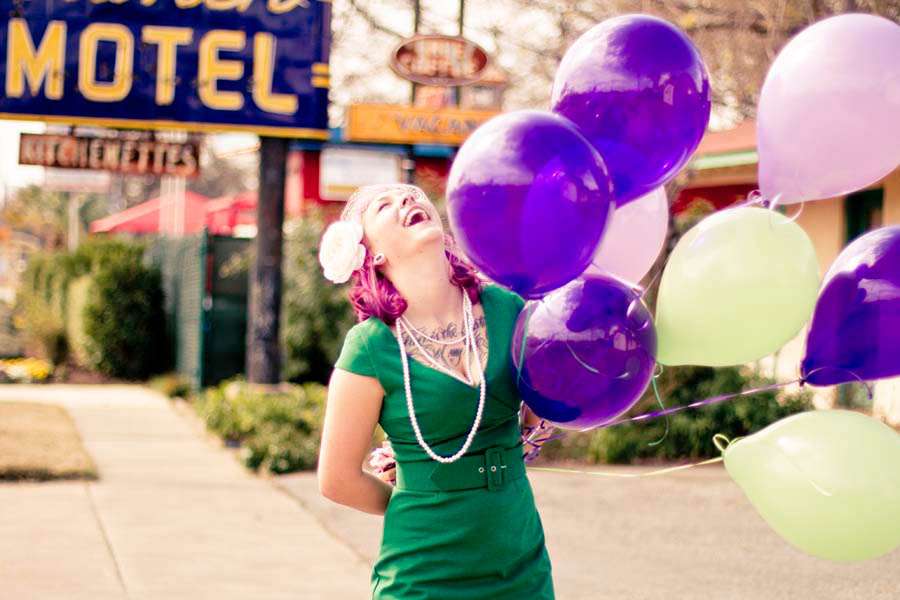 Rachael was married a year ago and fell pregnant right away so wasn’t able to do her bridal shoot straight after the wedding. These shots were taken a few months after her baby was born, and just over her 1 year anniversary.

“She is in love with vintage, 50’s style and we carried this theme into the feel of the shoot,” explained photographer Kat. “Between her half-veil, pin-up style curls and 2 vintage dresses, the feel of the session was designed to capture the fun, daring side of their love. Best of all, these photos were used as a gift to her husband for their 1-year honeymoon celebration.” 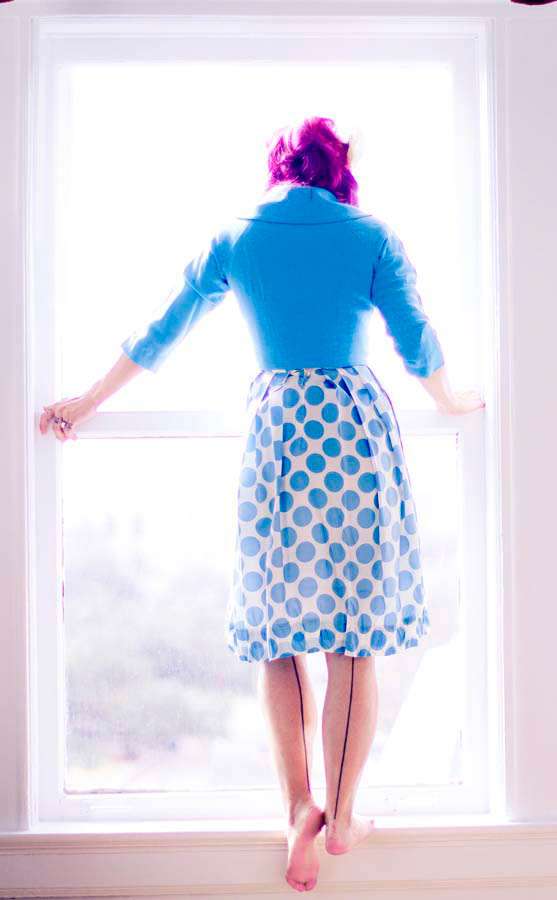 “The session was taken near the slums of San Antonio, TX – a perfectly unique side of town full of rebellion that mirrors her personality. Everything about this was designed to stand out and overflow with happiness and joy. We  started the photo shoot in a hotel, where she got ready – a hotel appropriately called Hotel Indigo.  The hotel has an antique-modern feel to it, it’s a gem that stands out in a city filled with commercialized hotels. She was wearing a vintage, 1950’s Sak’s Fifth Aveneue dress, as well as the original veil, jewellery and flower from her wedding day.” 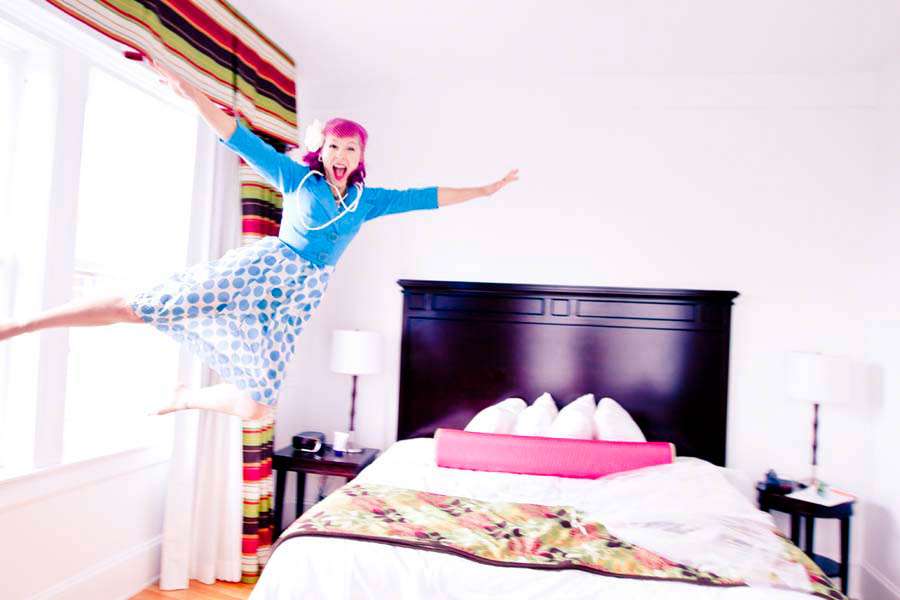 “First off, Rachael is SUPER athletic! She was a pole-vaulter in her school years, and it was her idea to climb into the window for a few photos before jumping onto the bed. She got some damn good air – huh??  After that, she changed into another amazingly beautiful vintage dress (a green A-line) and we started our trek out to the streets. Before heading out, we stopped at the “indigo wall” at the hotel, where the sun was shining through the window just perfectly. We started the 2nd half of our session with some balloons and headed to Broadway St – by the landmark (and VERY old) Rodeo Motel. We would have gone inside but we were shooed away by the owner (haha!!).” 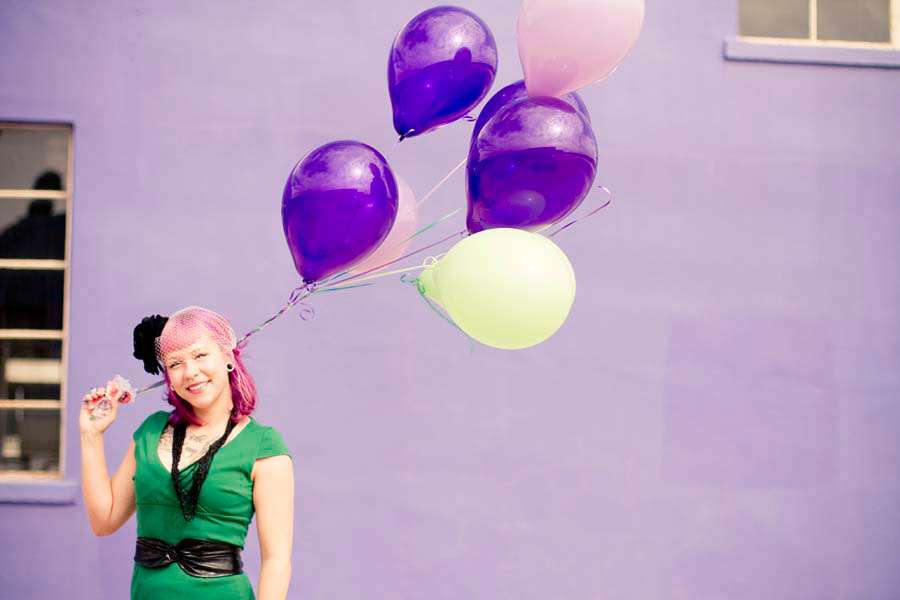 “The next stop was another very old building, which was recently purchased and renovated with some fantastically bright colors. The building is always a showcase for local graffiti artists, which the city promptly covers up with more paint. It was nice to see some of the graffiti faintly show through in the photos – mainly because Rachael and I both live in a very “uptight” part of Houston where tattoos and pinkish hair is most certainly frowned upon… And yet, Rachael stands out as a diamond in the rough… Just like the graffiti – no matter how much you try to cover up beauty, it always finds a way to shine. For the last leg of our session, we headed to some back alleys. Here, she really stood out with her bright dress and hair matched up against the dull and washed out city-buildings. Every part of the shoot was meant to celebrate her uniqueness, and to highlight how amazingly fun of a woman she is.” 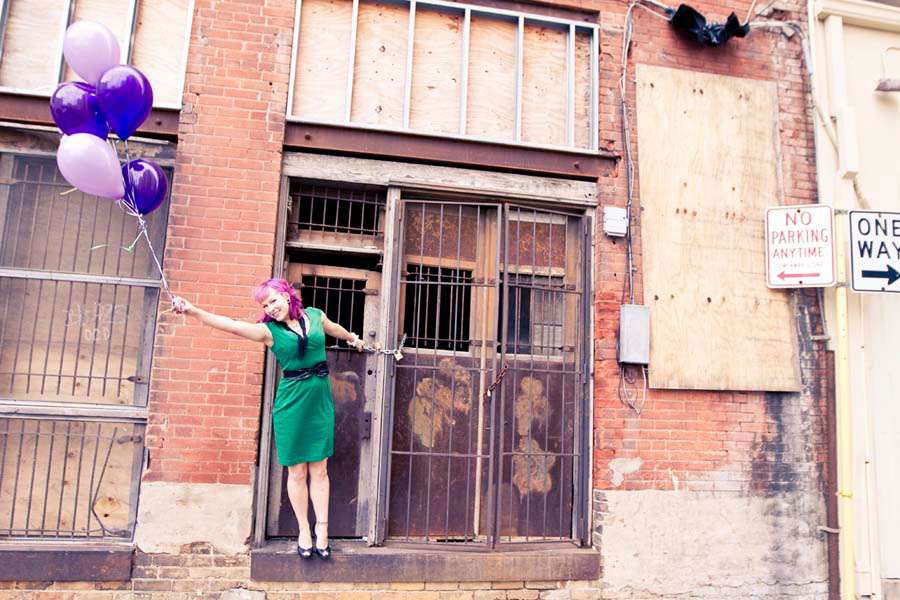 Big love to Rachael & Kat for sharing this gorgeous session this morning. 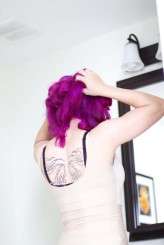 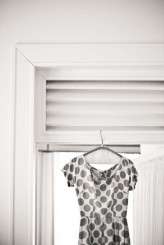 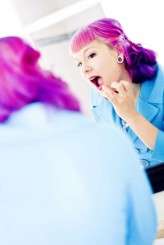 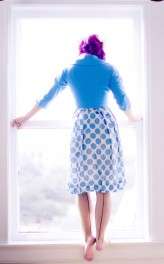 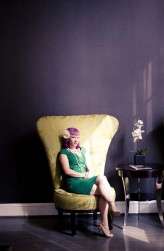 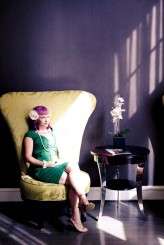 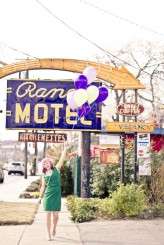 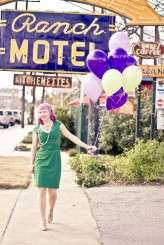 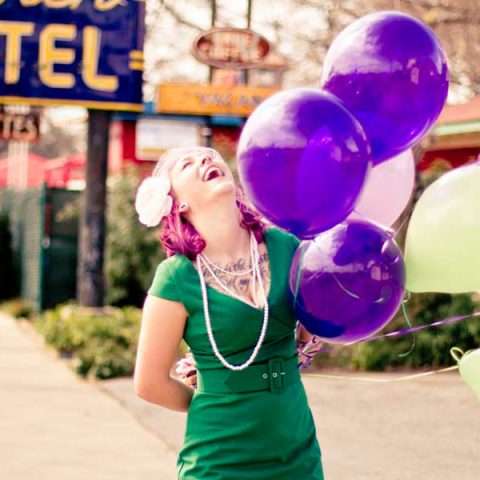 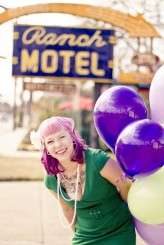 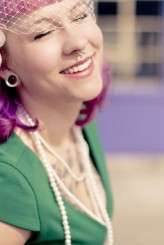 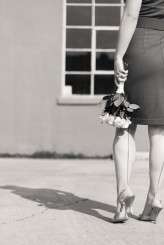 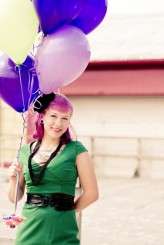 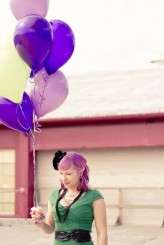 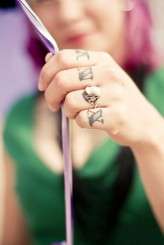 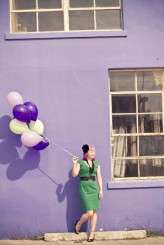 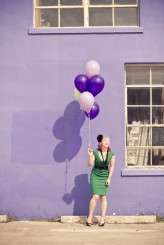 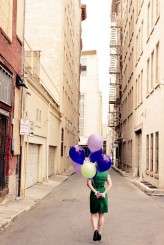