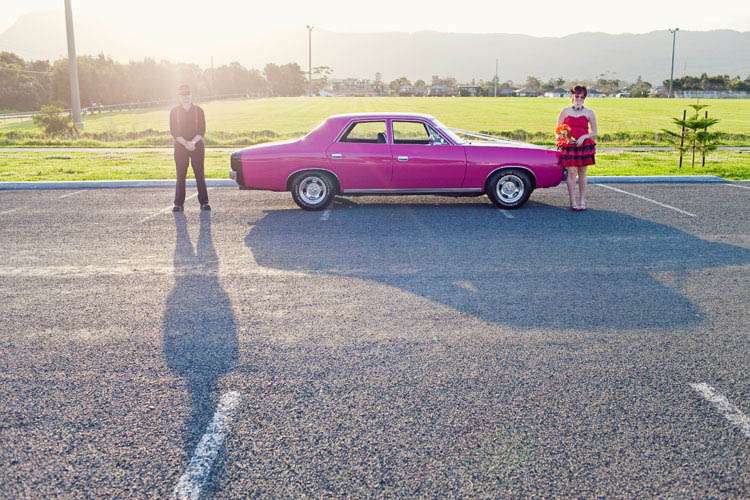 “Steve & I have always been that little bit different and really wanted to buck the system for our wedding,” bride Sharon wrote to me. “I have always loved the idea of getting married in red, not just to stand out but also to make the photos much more exciting. Steve started wearing hats over the last couple of years and decided that he wanted to wear one on the day.”

Inspired by some of their favourite hang outs (The Opera Bar in Sydney and the Otis Bar in Wollongong) the couple wanted to create a laid back wedding that their friends and family would enjoy, “We had a real drive for our friends to have a fabulous time and wanted them to walk away feeling like they had just been to an awesome party” they explained. 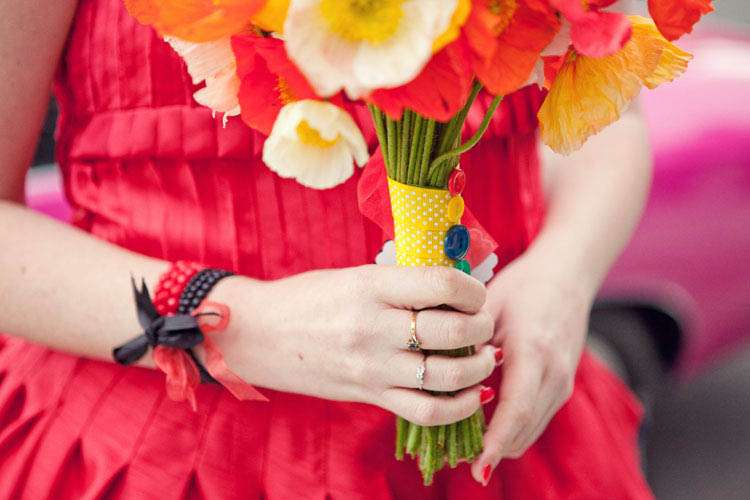 Sharon wore a red dress which was designed by Nat Felvus at Designer Fit in Wollongong. She originally saw the dress in the shop window in black & white, but being set on wearing red, asked the owner if she could have it made in her chosen colour. The best bit? It was a bargain at just $480. She teamed her perfect dress with red and black accessories from Diva.

In order to keep the atmosphere relaxed and to make sure everyone was comfortable, the bridesmaids and groomsmen were told to choose their own black outfits. The girls were given yellow fascinators (which the bride found at a $2 shop!) and belts made from strips of fabric to tie them all together. The groomsmen were given yellow braces to tie their outfits together and the groom wore a red set to match his bride! 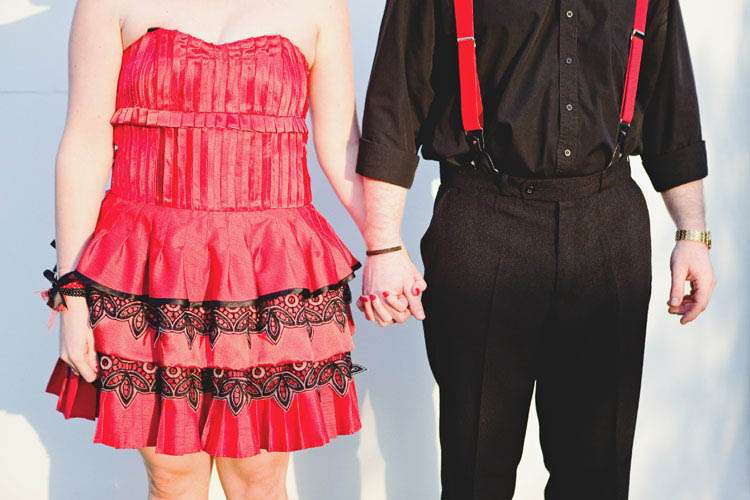 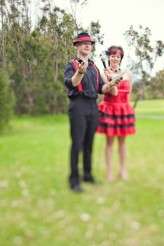 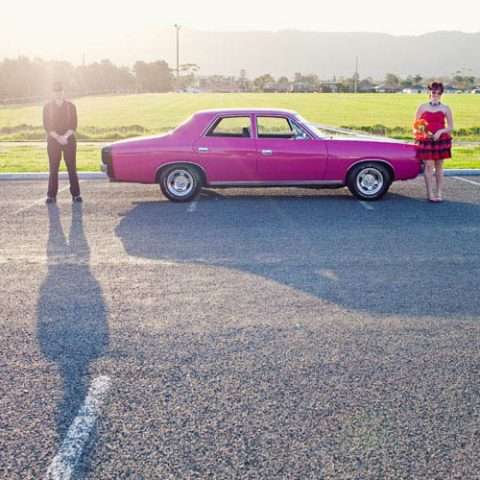 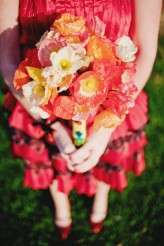 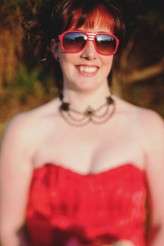 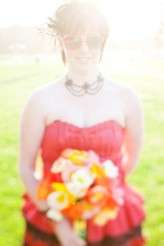 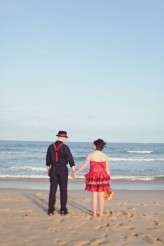 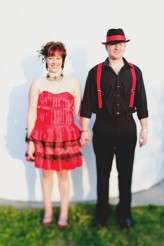