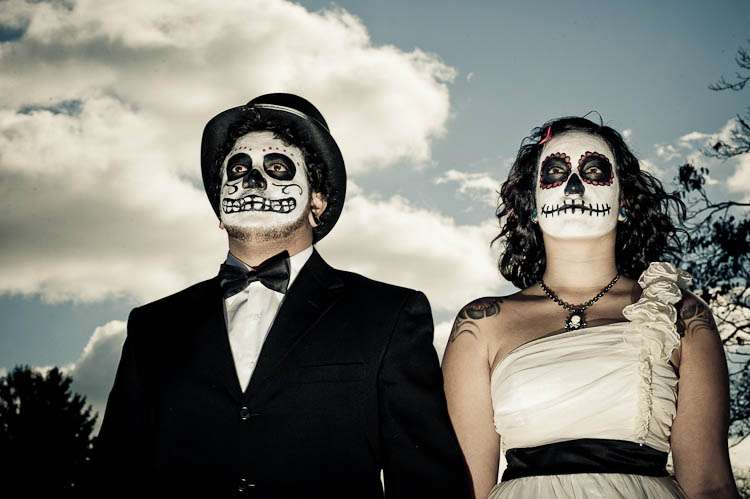 Adam & Barbara’s trash the dress shoot is like nothing I’ve ever seen! Day of the Dead make up fused with an awesome cemetery location made for something pretty special. The bride did the make up “It was a trial and error process,” she explained. “I looked up make up designs online and tried different ones to see which would look best with my (and my husband’s) facial structure, without looking too cluttered.  Since it was right before Halloween, I could find cream makeup almost anywhere, and picked up a few tubes, and some extra just in case I ran out.  I applied it with paint brushes, which helped so I could layer it on without it looking too thick. I had to apply three layers of white to give it a true white appearance, and if I hadn’t run out of time, I would’ve applied more.” 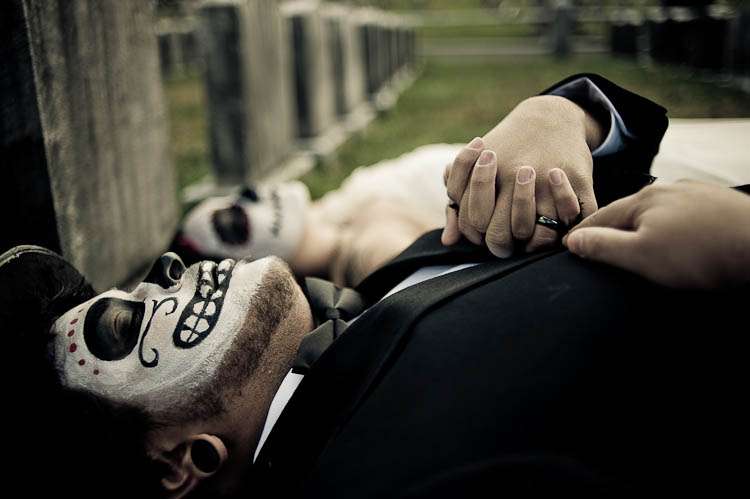 The couple, who said their wedding was a bit of a ‘toned-down’ version of them, wanted to do something really dramatic and something they’d always remember for their post-wedding shoot. “Our wedding was very calm, very pretty, very “toned down” from the route I would normally go,” Barbara continued. “We met at a Hot Topic store, started dating at a Halloween party, and got engaged at a rock Concert in California, but I wanted our families to feel comfortable, so I opted for only a few things that were on the darker side (mainly, the table that held my seating chart, which had Beetlejuice figures of “Barbara” and “Adam” and a twisted looking votive tree).” 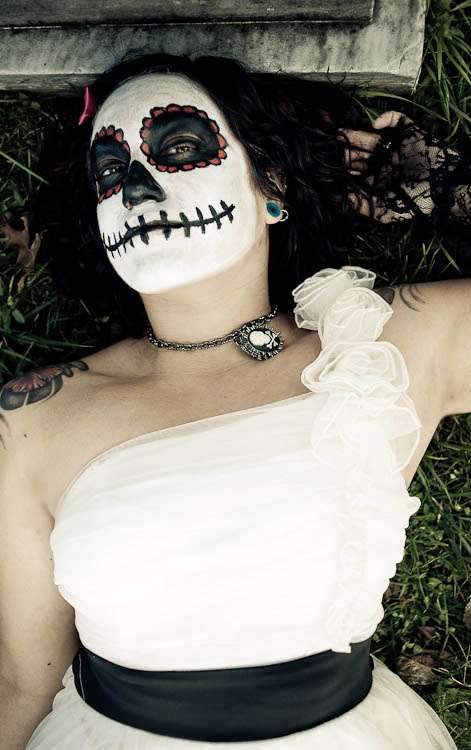 “I wanted to do a Trash the Dress shoot because… well… you only live once, and I wanted to do something that I could remember, and look at the pictures down the road, and say “I’m glad I did that, that was so much fun”.  The Day of the Dead seemed like it would be really fun to do.  We wanted to do something completely non-traditional, something a little off-the-wall, something with a bit of shock value (which we definitely got when we went into town with the makeup on, plenty of stares, scared children, it was really funny), and this was the perfect opportunity.  We were actually planning on changing out of the Day of the Dead stuff and do a normal Trash the Dress shoot halfway through, but… it was too much fun, so we decided to stick with it.”

Thanks to Adam & Barbara and their photographer Mike for sharing these today! 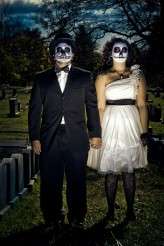 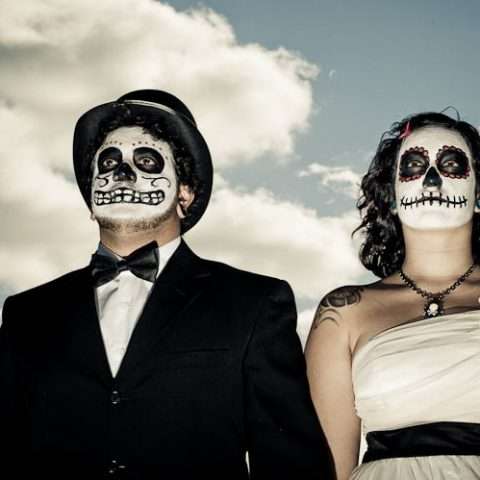 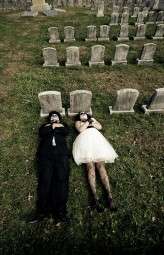 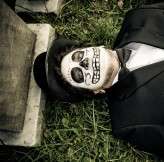 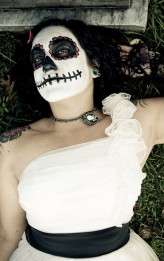 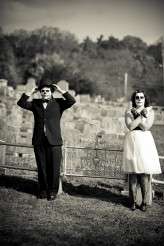 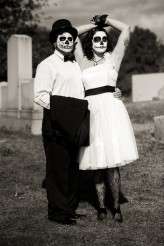 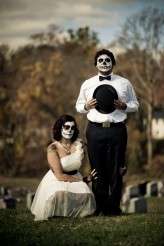 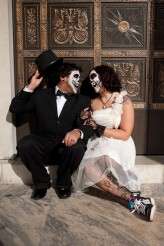