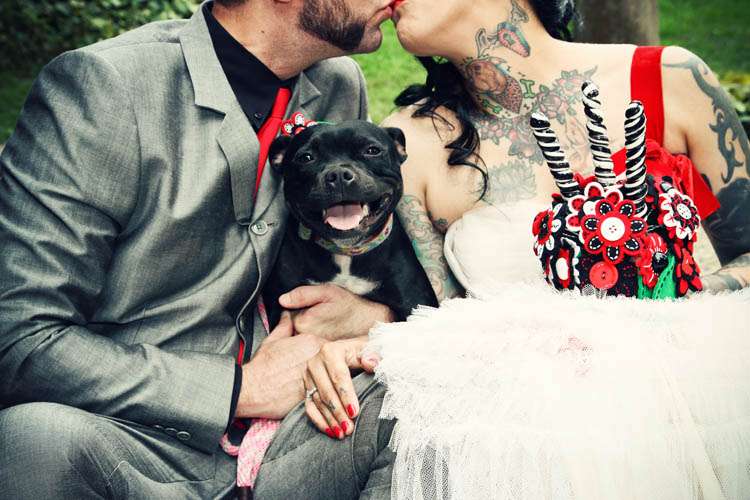 Patti & Frank are just the epitome of Rock n Roll Bride! Whenever people ask me what my favourite type of weddings are, weddings like this one are what I describe – tattoos, DIY, short wedding dresses, fabulous bridesmaids and happy, smiling faces!

Patti wore an original 1950’s vintage dress, awesome shoes by Harajuku Lovers and feathers in hair.  “I originally spent $2,000 on a custom made dress which I had designed myself,” the bride told me. “Well I had someone who specialized in wedding dresses make it  (first problem) and I guess our vision was not the same and I didn’t like what she made at all! I went to Cambridge Antique market looking for some vintage brooches to jazz it up and the first thing I saw see when I turned the corner was this dress. I think it had a light shining on it with my name! It was meant to be and just a week before the wedding and it fit like a glove! Oh and the best part? It only cost me $150!” 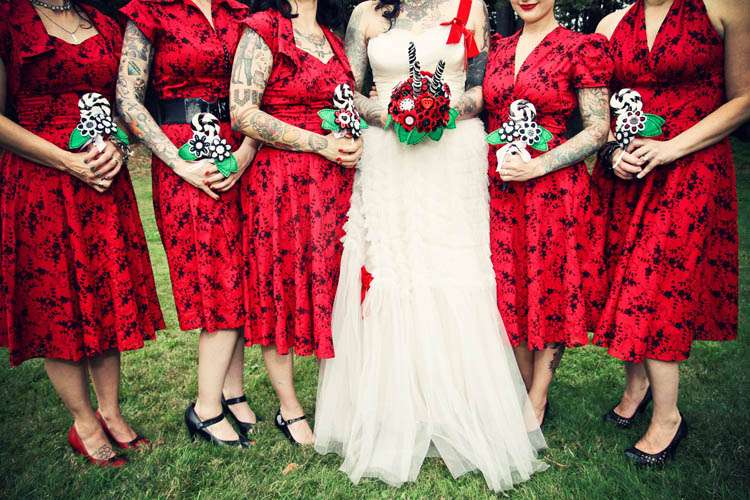 Not wanting to completely ignore the original dress that she had spent so much time and money on, Patti asked her friend Kara to cut the custom made dress shorter. To this she added some black bows and voila! it became her after party dress! 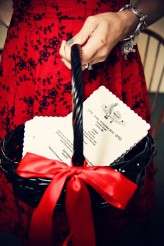 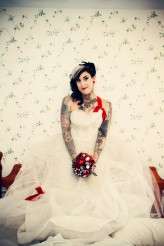 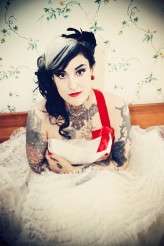 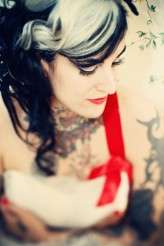 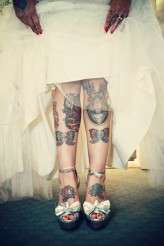 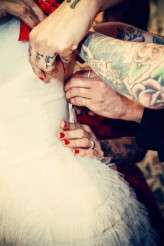 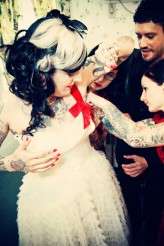 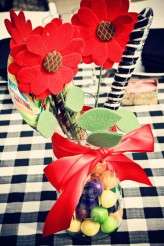 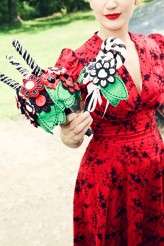 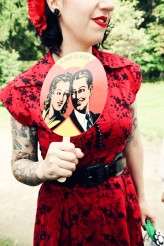 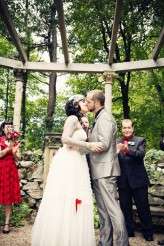 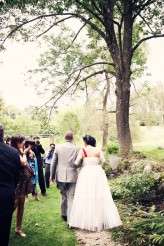 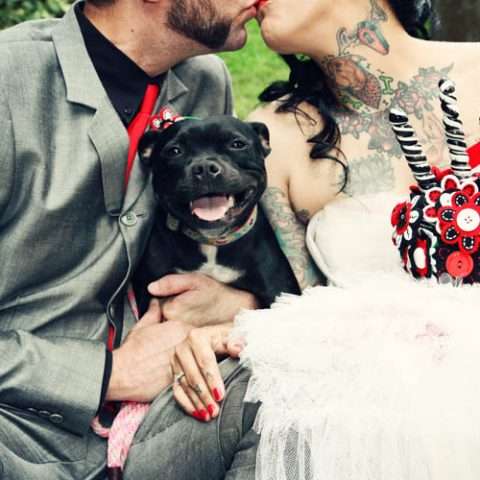 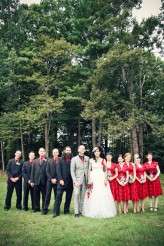 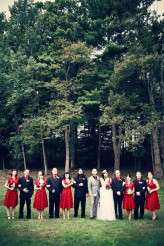 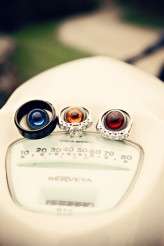 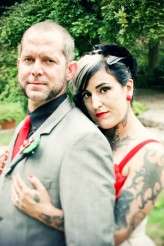 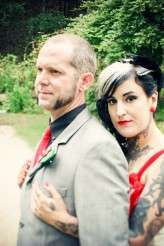 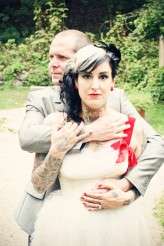 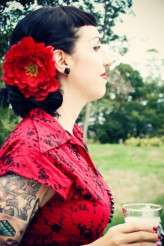 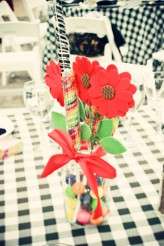 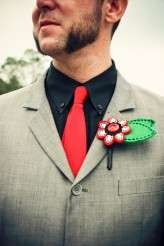 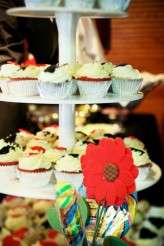 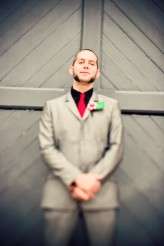