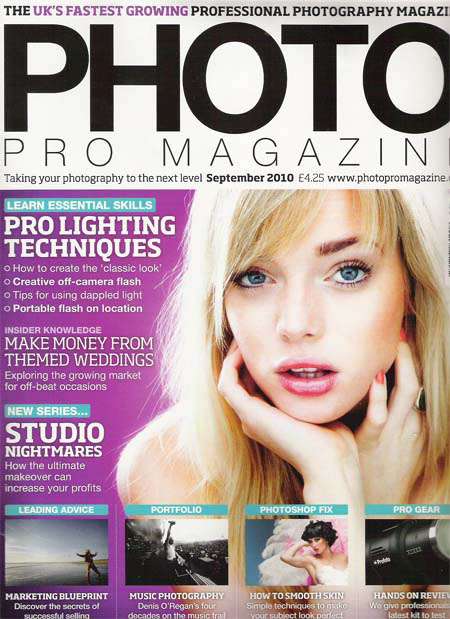 For this month’s Best of Blogs article, I wanted to turn full circle and feature the work of the fabulous Noa of Feather Love Photography. Why full circle you ask? Well the images I chose to illustrate the post with were the engagement shoot that Noa shot of Emma Case (who I featured a few month’s back) & her fiance Pete.

In the last few months I’ve focused on a lot of UK photographers – this is an UK magazine after all! However after featuring Steve Gerrard which linked to my Emma Case feature I really wanted to round this trio off by hopping over the pond to talk about Feather Love Photography. As I touched on a couple of months ago, Emma Case fell in love with Feather Love’s style and vintage aesthetic when she found her blog. So when she heard photographer Noa was coming over to London she jumped at the chance to have her photograph her and her fiancé Pete. This is her story… 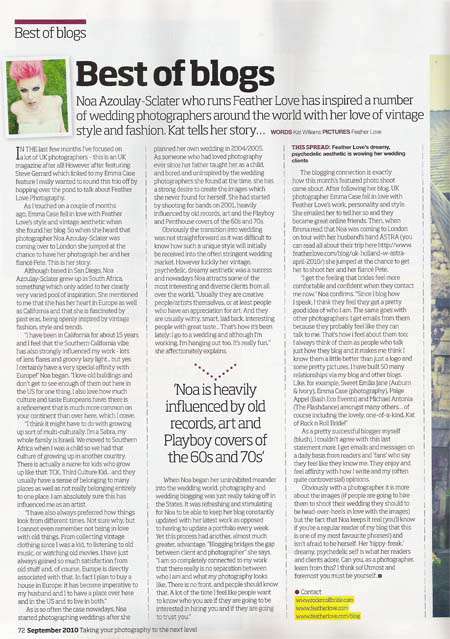 Although based in San Diego, Noa Azoulay-Sclater grew up in South Africa, something which only added to her clearly very varied pool of inspiration. She mentioned to me that she has her heart in Europe as well as California and that she is fascinated by past eras , being openly inspired by vintage fashion, style and trends.

“I have been in California for about 15 years and I feel that the Southern California vibe has also strongly influenced my work- lots of lens flares and groovy lazy light… but yes I certainly have a very special affinity with Europe!” Noa began. “I love old buildings and don’t get to see enough of them out here for one thing. I also love how much culture and taste Europeans have; there is a refinement that is much more common on your continent than over here, which I crave. Again I think it might have to do with growing up sort of multi-culturally. I’m a Sabra, my whole family is Israeli. We moved to Southern Africa when I was a child so we had that culture growing up in another country. There is actually a name for kids who grow up like that: TCK, Third Culture Kid… and they usually have a sense of belonging to many places as well as not really belonging entirely to one place. I am absolutely sure this has fully influenced me as an artist.”

“I have also always preferred how things look from different times. Not sure why, but I cannot even remember not being in love with old things. From collecting vintage clothing since I was a kid, to listening to old music, or watching old movies. I have just always gained so much satisfaction from old stuff and of course, Europe is directly associated with that. In fact I plan to buy a house in Europe in the next few years! It has become imperative to my husband and I to have a place out there and our place here and live in both”

As is so often the case nowadays, Noa started photographing weddings after she planned her own wedding in 2004/2005. As someone who had loved photography ever since her Father taught her how as child, and bored and uninspired by the wedding photographers she found at the time, she has a strong desire to create the images which she never found for herself. She had started by shooting for bands on 2001, heavily influenced by old records, art and the Playboy and Penthouse covers of the 60’s and 70’s. Obviously the transition into wedding was a harder one as it difficult to know how such a unique style will initially be received into the often stringent wedding market. However luckily her  vintage, psychedelic, dreamy aesthetic was a success and nowadays Noa attracts some of the most interesting and diverse clients from all over the world, “Usually they are creative people/artists themselves, or at least people who have an appreciation for art. And they are usually witty, smart, laid back, interesting people with great taste…. That’s how it’s been lately I go to a wedding and although I’m working, I’m hanging out too. It’s really fun“ she affectionately explains.

When Noa began her uninhibited meander into the wedding world, photography and wedding blogging was just really taking off in the States. It was refreshing and stimulating for Noa to be able to keep her blog constantly updated with her latest work as opposed to having to update a portfolio every week. Yet this process had another, almost much greater, advantage. “Blogging bridges the gap between client & photographer” she says, “I am so completely connected to my work that there really is no separation between who I am and what my photography looks like. There is no front, and people should know that. A lot of the time I feel like people want to know who you are if they are going to be interested in hiring you and if they are going to trust you.”

The blogging connection is exactly how this month’s featured photo shoot came about. After following her blog, UK photographer Emma Case fell in love with Feather Love’s work, personality and style. She emailed her to tell her so and they became great online friends. Then, when Emma read that Noa was coming to London on tour with her husband’s band ASTRA (you can read all about their trip here http://www.featherlove.com/blog/uk-holland-w-astra-april-2010/) she jumped at the chance to get her to shoot her and her fiancé Pete. “I get the feeling that brides feel more comfortable & confident when they contact me now.” Noa confirms. “Since I blog how I speak, I think they feel they get a pretty good idea of who I am. The same goes with other photographers: I get emails from them because they probably feel like they can talk to me. That’s how I feel about them too, I always think of them as people who talk just how they blog and it makes me think I know them a little better than just a logo and some pretty pictures. I have built SO many relationships via my blog and other blogs. Like for example Sweet Emilia Jane (Auburn & Ivory), Emma Case (photography), Paige Appel (Bash Eco Events) and Michael Antonia (The Flashdance) amongst many others… of course including the lovely, one-of-a-kind, Kat of Rock n Roll Bride.”

As a pretty successful blogger myself (blush), I couldn’t agree with this last statement more. I get emails and messages on a daily basis from readers and ‘fans’ who say they feel like they know me. They enjoy and feel affinity with how I write and my (often quite controversial) opinions. I would sometimes even put this, maybe even more than actually what I actually post, as the reason for my success. Now obviously with a photographer it is more about the images (if people are going to hire them to shoot their wedding they obviously have to be head-over-heels in love with the images) but the fact that Noa keeps it real (you’ll know if you’re a regular reader of my blog that this is one of my most favourite phrases!) and isn’t afraid to be herself. Her “hippy-freak”, dreamy, psychedelic self is what her readers and clients adore. Can you as photographers learn from this? I think so! Utmost and foremost you must be yourself.