David & Julie-Anne’s wedding shoot was a total reflection on who they are as a couple. Everything they chose to wear had special meaning to them and was sentimental and personal. “We didn’t want the usual stresses of a modern day wedding to take away from the love and happiness of our day, so we chose to keep it simple, fun and comfortable” they explained.

Julie-Anne wore an original German 1950’s ivory capture lace and satin dress which was the heirloom of a family friend. With this she wore a vintage burgundy & black English worsted & wool tapestry coat with fur collar, ‘Papucchi’ flats and a small burgundy hat with rose detail and black netting. 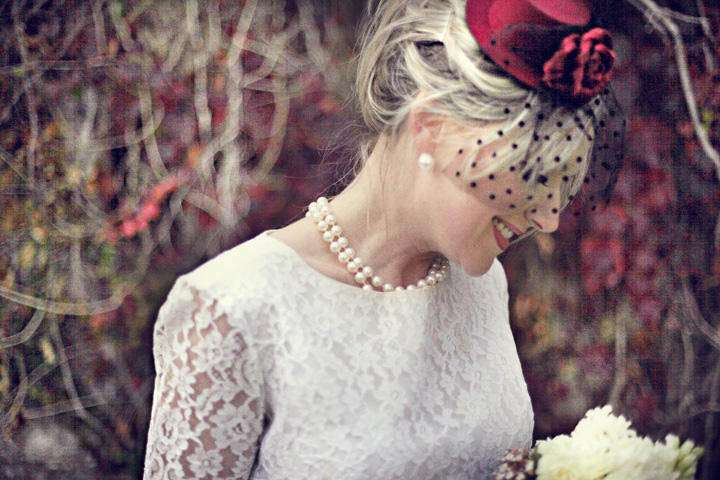 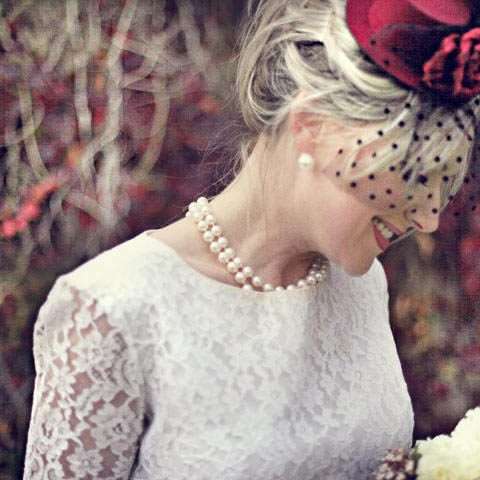 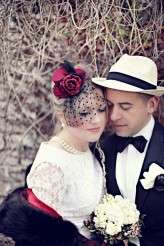 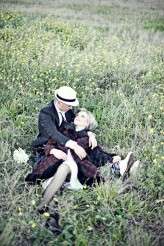 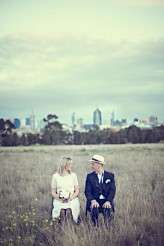 Too Stylish For Words..

Mikee and Magdalena eloped in Las Vegas and didn't get great wedding photographs. So when they got back home to Australia they decided to put their wedding outfits back on and create a wedding album that they could cherish forever.