Chelsea and Randy eloped and so didn’t have professional photographs taken. But they wanted something to remember this special time in their lives so they booked Joan and Jon of BellowBlue Photography for a photo session that completely optimised them. This was not a styled shoot, it took place at their own home, decked out in all it’s retro finery. They used their own car that they drive every day. The barber shop is where Randy works. Chelsea had her wedding dress custom made by a close friend. She also did her own hair and make up and wore her own cat eye glasses. She bought them on eBay and they are 1950s vintage. 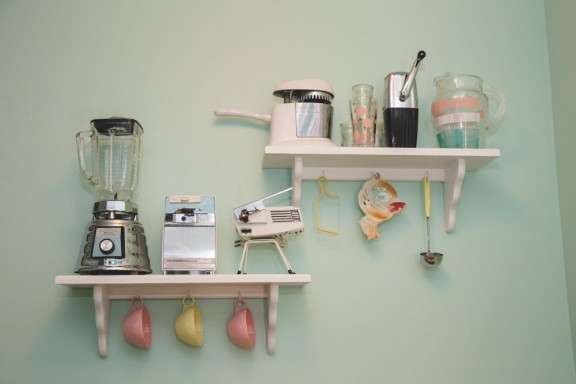 “Before Randy and I met, I had seen him play his upright bass at a few local shows and I was totally captivated by him”, began Chelsea. “He is the best upright slap bass player that I have ever seen. I finally got the chance to meet him at a mutual friends house in the summer of 2011. He showed up with a washtub bass that he had made himself. That night he also played clawhammer banjo and I was just blown away, I thought ‘I want to hang out with this guy more!’.” 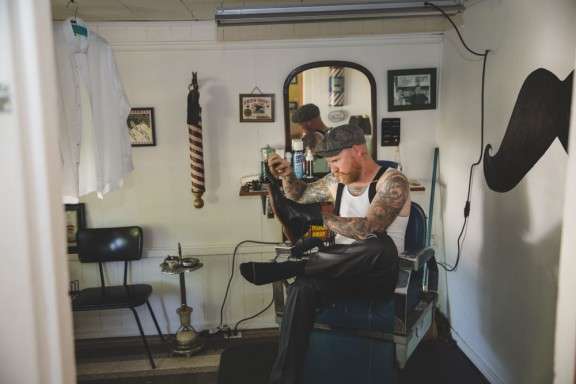 “A few months went by and I was very excited that he asked me out. On our first date we talked all night and together we realized that both of us had so much in common. Things that many people our age are not intrigued by or even interested in. Randy and I both love classic American cars, old radios, mid century furniture and appliances, vintage hair, old music and all the other things that they just don’t make like they used to. Also on our first date Randy took me to his Barbershop. I fell in love with his shop and was so attracted to the fact that he was a barber. We talked about how it is a dying trade and also how it used to be so important to a man to have a good barber, not just for the great hair cut and shave, but also for the social interaction.” 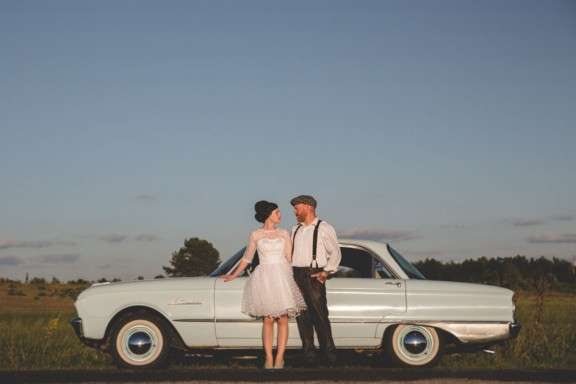 “Just two days later following our first date, we took a romantic trip to Memphis and that was where we fell in love and became inseparable. Randy and I eloped in Memphis just recently because it was the place where we had fallen in love. Randy and I wanted to get hitched the old fashion way. We wanted to experience every emotion of our wedding day just between us. That is why we chose not to invite our family and friends. Not that we don’t love them, but because this is our wedding day, the marriage between Randy and I. To us, it’s not about the cake, the beautiful flowers, or the fancy table settings. What matters is our love for one another. That is the reason we decided to elope.” 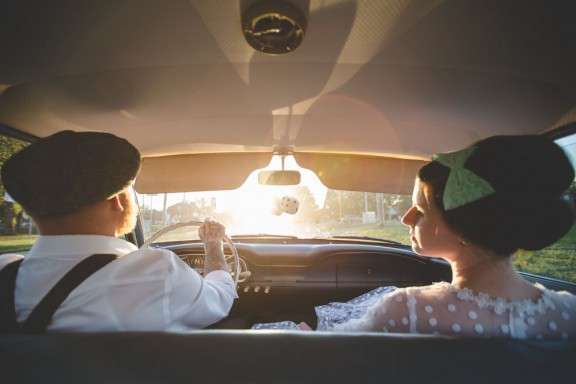 “In our free time we enjoy antique stores, estate sales, yard sales and car shows”, she continued. “We love searching for things that others might see as trash. We found our 1962 Ford Falcon in a barn in Indiana. She had been parked there 30 years. Randy brought her back to life working on it nightly in our garage . We kept everything on the car all original, we just couldn’t change her, she was just perfect the way she was.” 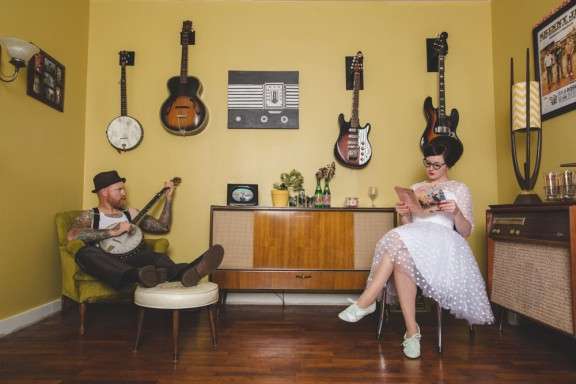 “A typical day at home for Randy and I would consist of me sewing or painting while Randy plays banjo, works on the car or cuts hair. We also enjoy drinking wine and listening to the record player.” 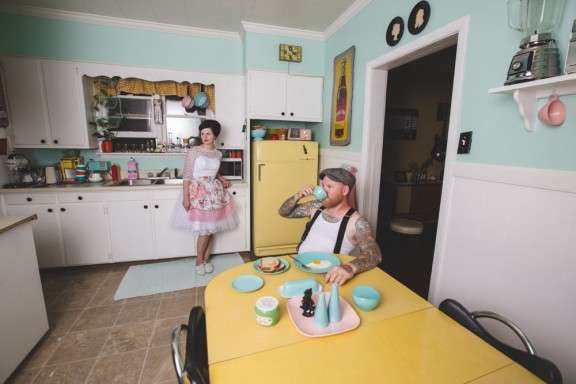 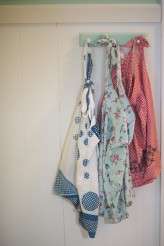 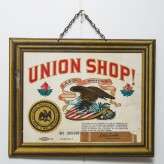 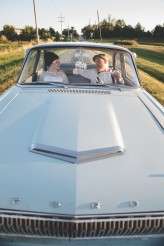 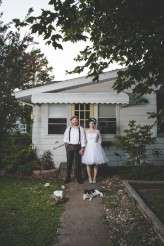