Holy 1950s wedding awesome Batman! I love it when a couple really get into a theme and do it so well – so well in fact that their photographer Al Overdrive even dressed up as a 1950’s style reporter (photo below.) 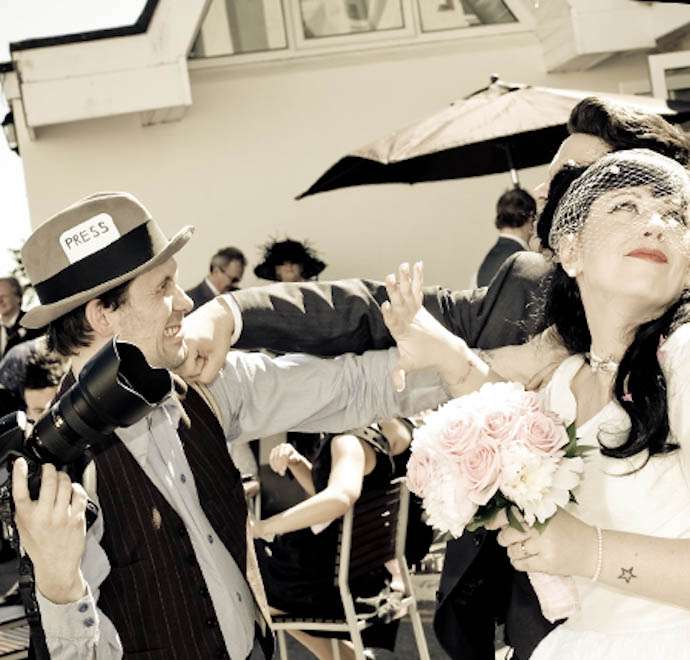 Thanks to Al for sharing this fun wedding today 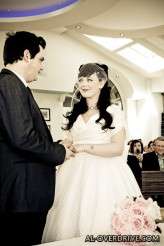 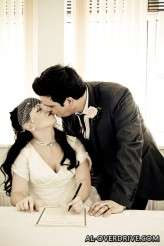 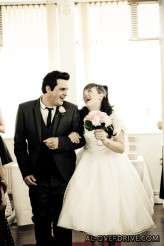 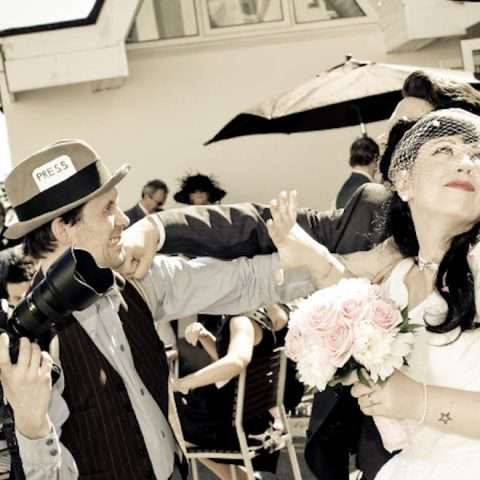 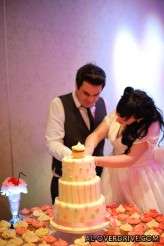 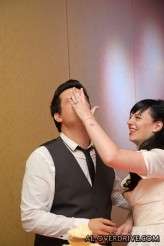 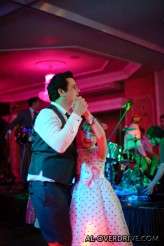 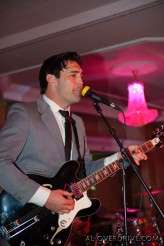