There is no other way to describe this Warwick Castle shoot than kick ass. Is photographer Steve Gerrard fo’ real? I can’t get over how much I adore these and how much I want to be this bride!

“I’m one of the castle’s recommended wedding photographers” Steve explained “so when I asked the lovely Katie Hill at the castle about doing the shoot, she was more than helpful, even allowing us to shoot long after the public had to leave the venue.”  Steve was helped along by local vendors The Bridal Boutique who donated the gorgeous Lou Lou Bridal dress and The Blossom Tree who helped out with the flowers.

Steve wanted to shoot two different sides of the bridal story so he found Steph, a classic English rose (you can see her session here)and Laura – the gorgeous, heavily tattooed chicka you see below. Rock-the-hell-on! 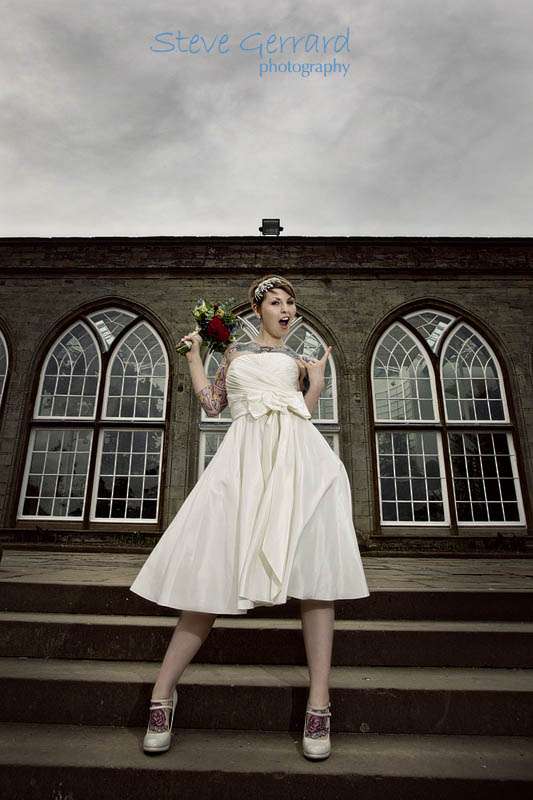 ps Steve is a sponsor of Rock n Roll Bride – if you’re still not convinced by his awesomeness, go check out his advert to the right of this post – yes, the one with Laura ‘flipping the bird’! I love it! 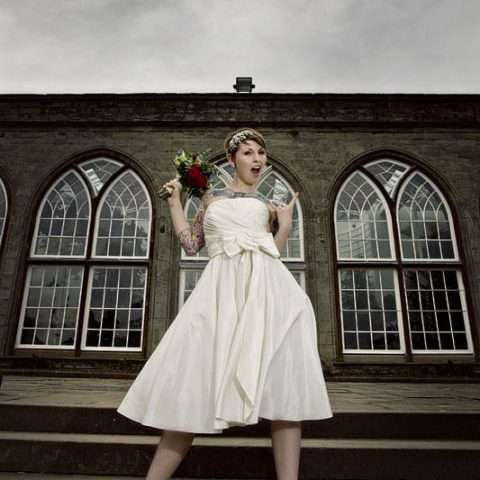 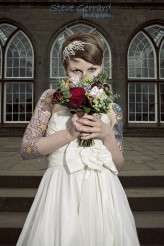 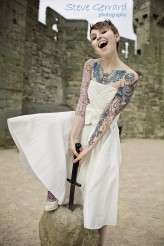 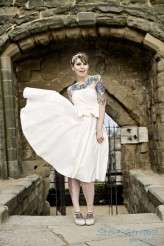 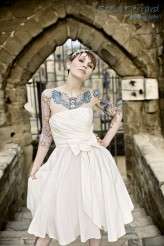 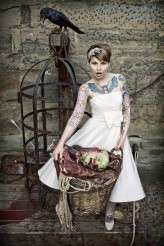 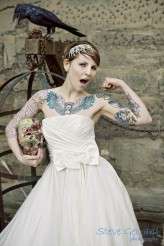 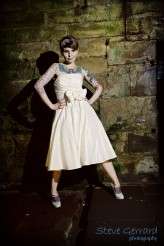 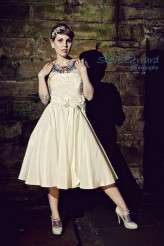 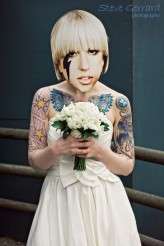 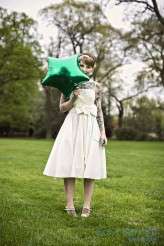 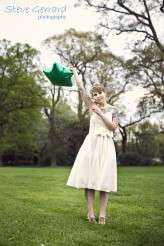 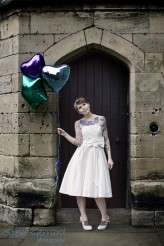 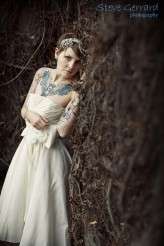 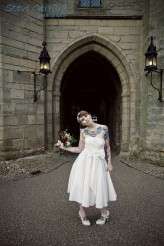 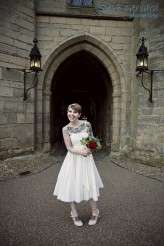 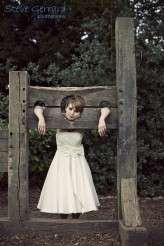 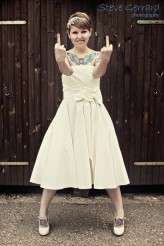