I was really inspired reading the winning entry to your Knot Couture dress competition recently,” photographer Bethan of Haywood Jones Photography told me. “It was hard to picture how it would feel to be made so uncomfortable in a shop who were clearly disapproving of you, thinking we live in a properly modern society (!) until it happened to me last weekend (not because I have beautiful body art sadly, but much more because I was dressed a bit scruffily and went into a very posh art shop. They actually got another member of security to stand in the shop while me and my friend walked around!!) It suddenly became clear that you really can’t judge a book by its cover and that even though the *mainstream* wedding industry is becoming more accepting of the *alternative* side of peoples wedding creativity and gorgeousness, there are still many blinkered people out there who wont look past stereotypes and make you feel less than worthy of their attention.” 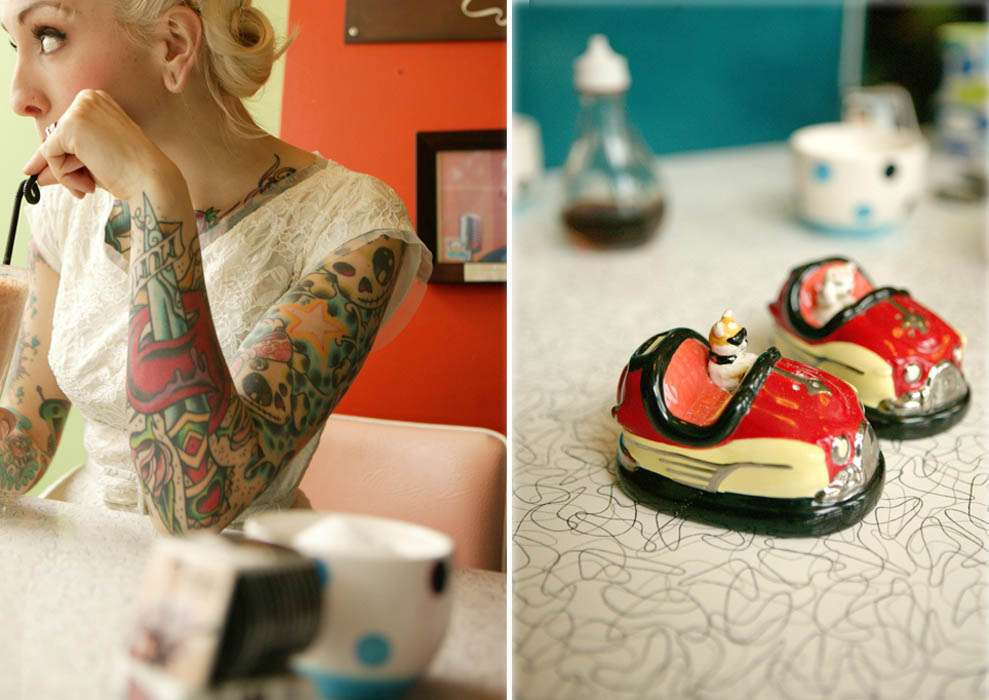 “The story spurred me to organise a tattooed bridal shoot with an absolute star of a gal called Chi Chi Revolver. Chi Chi is a professional hula hooper and circus performer and as part of her large and varied CV teaches Hula-ing (is that right?) to children who have had behavioural issues at school (again talk about not judging books by their covers!)” 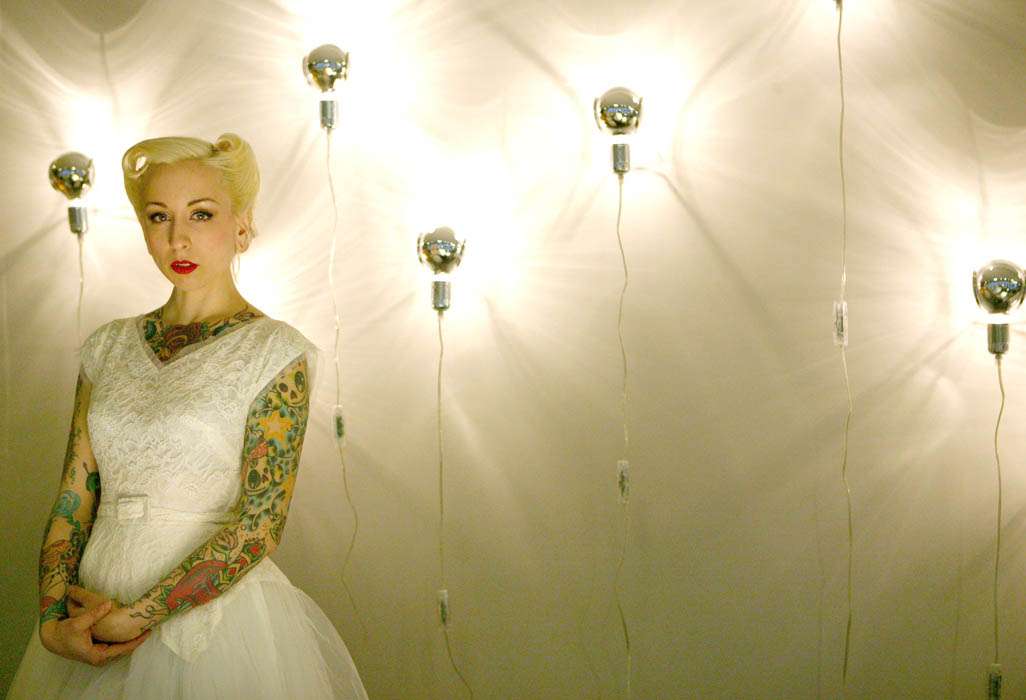 “I really wanted the aim of the shoot to show that tattooed brides are just as beautiful, awesome and down right gorgeous as any. I used a vintage 1950’s wedding dress which I found on etsy and Chi Chi’s own wedding shoes. She had just celebrated her first wedding anniversary a couple of weeks before the shoot so it seemed like a good time to get her to don another wedding dress. Chi Chi was a hero braving the (very!!) windy beaches of Brighton and slightly rainy streets in the little floaty dress and a pair of heels, but I’m so glad she did.”

I love the idea and the story behind this shoot, even if it was only done to ‘stick it to the man’ (Yeah!) 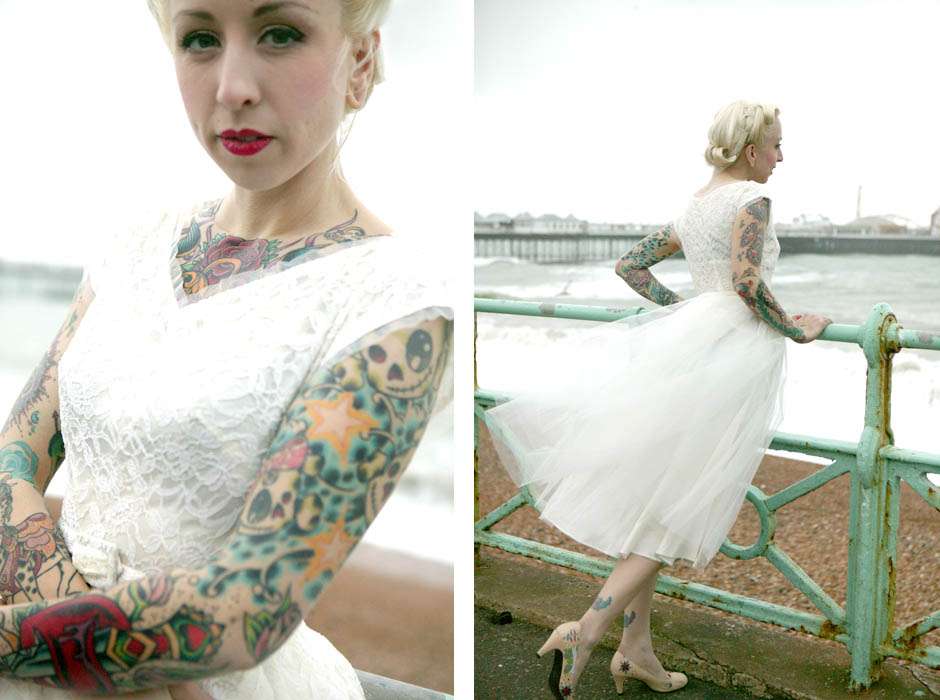 Big love to photographer Bethan for sharing these today 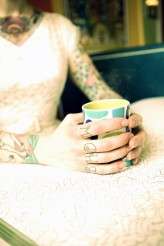 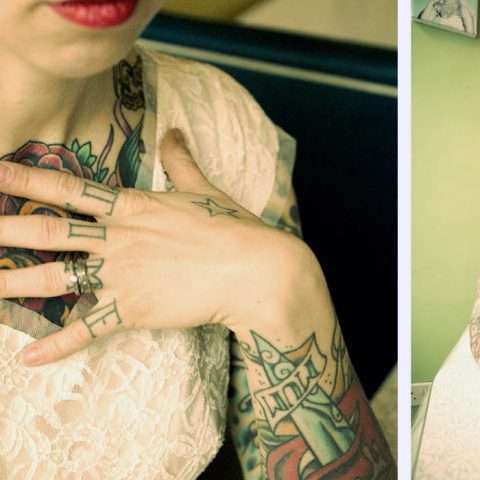 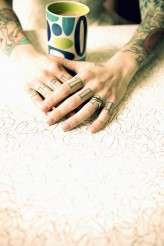 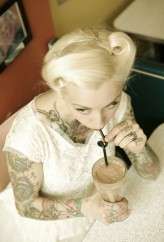 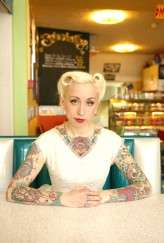 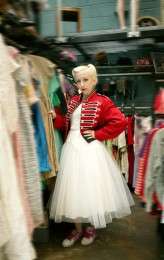 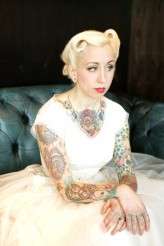 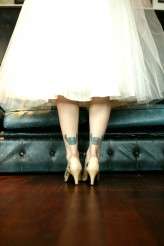 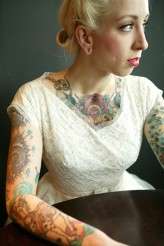 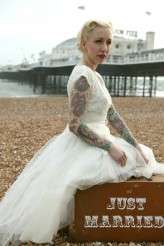