Jacquie & Robby’s fun yet sexy engagements were sent over to me today. I instantly fell in love with her funky style (her ‘Leopard Lolita Dress’ is by Stop Staring she got it from Daddy-o’s) and their ‘poking-fun’ attitude – gotta love that ‘RIP Rob’ graffiti behind them!

“We had these pictures taken in March 2010 on the outskirts of Baltimore, Maryland” Jacquie explained. “We explored the area and happened to come across the graffiti that said “RIP Rob” and although I usually hate that old idea that once a man is married his life is over, but I couldn’t resist taking a picture seeing that my fiance name is Robby! Also, we stumbled across that old red car and we loved the pictures near the car so much, we used one for our save the dates. If you take a look at the pictures of us near the car, you will notice that a train went by while we were shooting. That day seemed like it was really meant to be.” 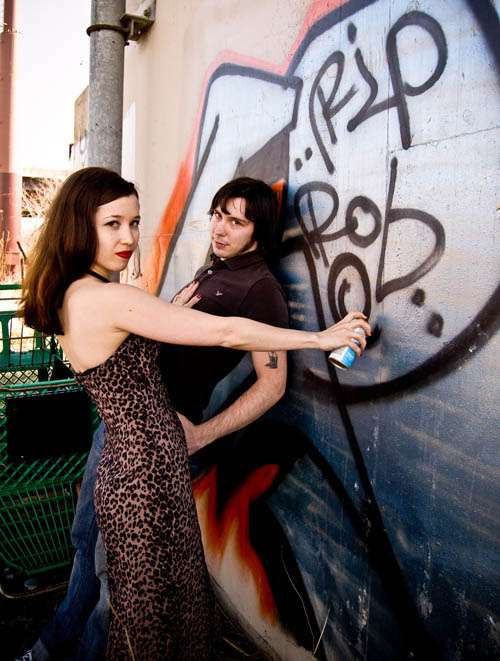 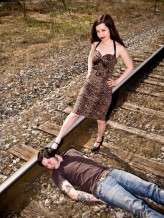 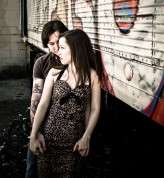 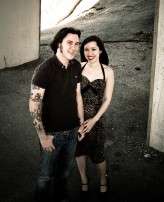 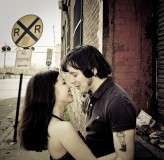 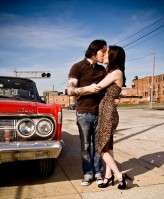 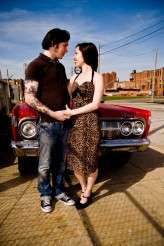