Toni & Richard had a gothic/burlesque inspired wedding at Prested Hall in Colchester in March of this year. “Our inspiration mainly comes from my admiration of burlesque and my unnerving love of Bettie Paige (who I have recently had tattooed on me)” Toni told me. “Not being much of a girly girl and never one who ‘dreamt of their big day’, I didn’t actually know where to start after the proposal. I like wearing jeans, having a Mohawk and being covered in tattoos and wearing too much make up!” 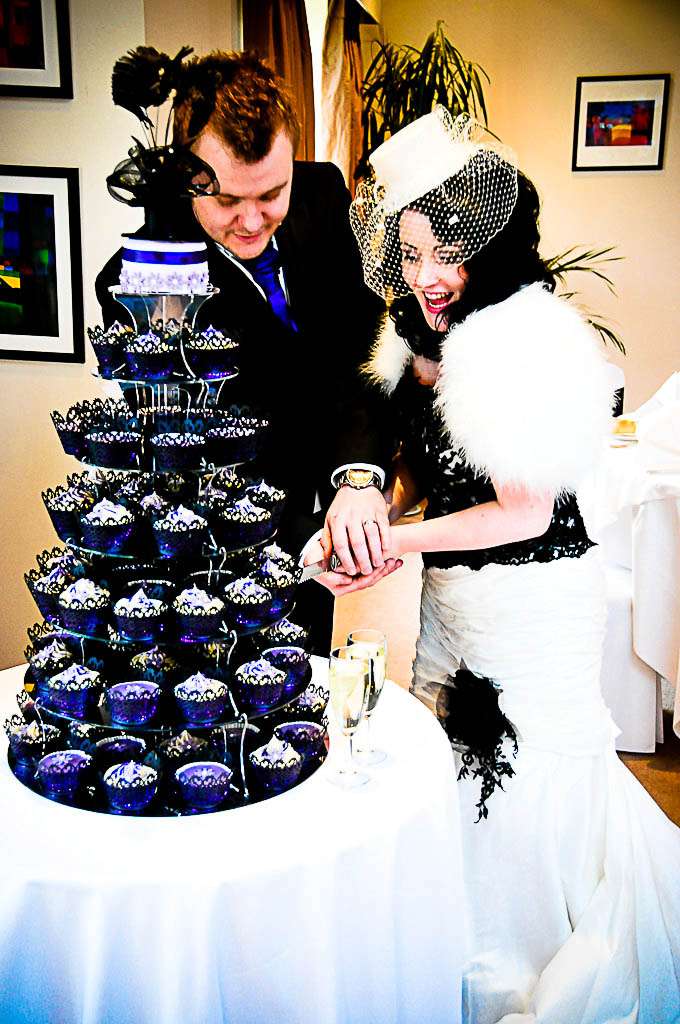 At first Toni thought she would have to conform to the princess dress/long veil/girly girl kind of wedding however she knew it really wasn’t for her “I’d snarl when I tried on dresses, and with my tattoos hanging out I just knew it wasn’t  right.” Then she found her gorgeous black lace dress, Puerto Rico by Ian Stuart, in a magazine and she was smitten. “It looked like it had been made for me. I have always been a fan of pin-ups and took it from there with the over-all look. I never look girly and love the glamorous 40’s and 50’s so why not just base the whole thing on what me and my husband are about?! People looked at me like I was mental (which isn’t untrue) I wanted a real 40’s feel with a rock n roll edge. We are both metal/punk/rock lovers and thought we would try to incorporate those aspects into the day. We danced to Metallica, even the father/daughter dance was to Guns n Roses.” 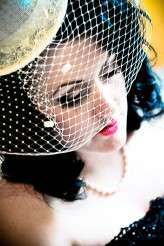 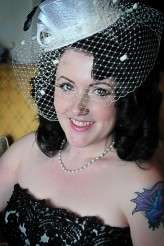 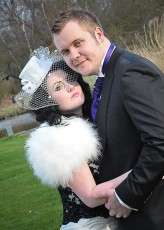 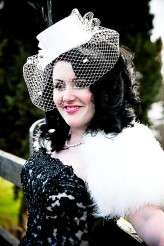 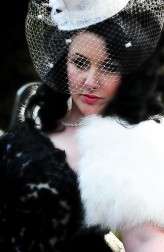 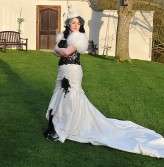 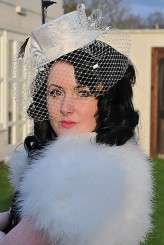 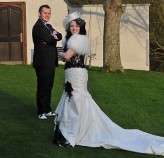 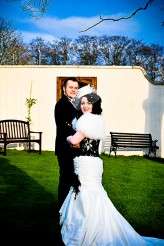 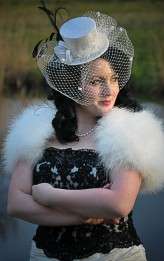 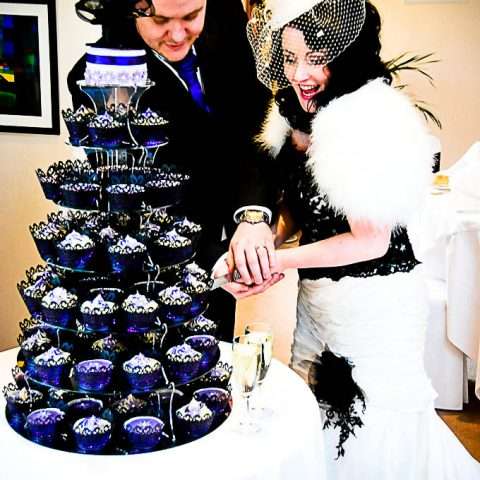 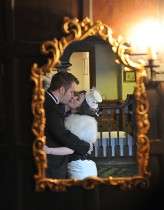 Josh met Emma at a burlesque club in London. Both being performers, when they came to marry on April 5th this year, they wanted their day to reflect their entertainment backgrounds.

A Blue Burlesque Wedding with a £900 Budget: Sally & Mark

To say that I'm excited to be sharing Sally & Mark's wedding with you this afternoon would be an under-exaggeration of HUGE magnitude. Not only is their wedding freakin' awesome on so many levels, but they pulled the whole thing off for £900! Let me repeat myself to make sure you got that, because I didn't quite believe it when I read it on Sally's submission either - the whole wedding cost just £900!! "We had approx 6 weeks and a budget of around £900 for our wedding," Sally wrote. "Where we could we handmade items or got friends to help us out. We were lucky that our photographers, performers, DJ and cake makers were all friends so did us special deals. We were also able to get both our venues (the afternoon reception was held at William Steads Pub and the evening afterparty at the Tap and Spile Pub, Darlington) for free as we didn't hire them exclusively."