Anna & AJ’s wedding certainly rocked pretty damn hard. They had a kick ass party at San Chez Bistro in Grand Rapids, Michigan. Although the day looked really classic and gorgeous, it certainly was edgy and unique in a lot of ways, which was a perfect reflection of who they are. Photographer Jill described Anna as a free spirit and who just kind of did things her own way, while still putting together a really classy celebration. 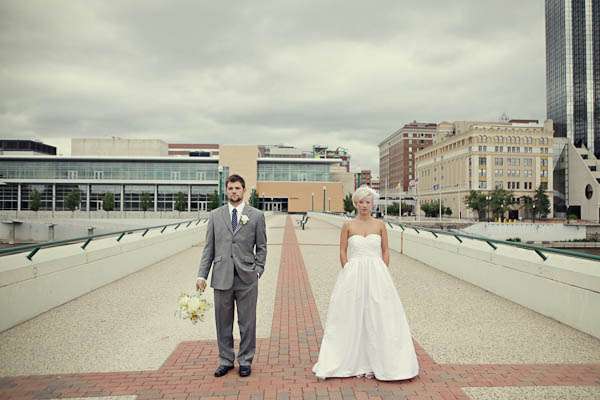 The bride and her bridesmaids wore custom made dresses by Laurie Morrison and Anna had her birdcage veil made by the same designer. All the stunning and funky jewellery was by J Crew and the guys’ look hot in their grey suits & pocket squares from Banana Republic.

The whole wedding has a really great, laid back vibe to it and the end result is totally gorgeous. The best feature? Well Anna, her sister, and her Mum all have coordinating tattoos of their “family tree!” Fabulous 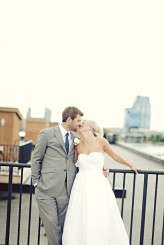 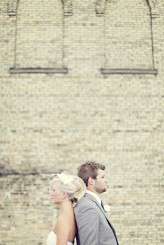 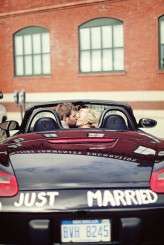 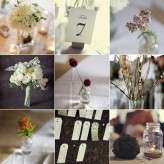 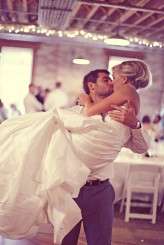 Jessica & Karl got married in the city of Stockholm, Sweden, in the Södermalm region to be precise, which is apparently one of the coolest urban areas of the country. The wedding had a distinctly blue theme which perfectly reflected the countries nature. "Blue is as Swedish as it gets with it being the dominant colour in the flag" photographers Cole & Jakob told me "and a lot of that has to do with the importance of the ocean to the countries culture. Even the archipelago that Stockholm is built amongst is surrounded by the blue of the sea, and that colour was an underlying theme through the planing of this wedding." Jessica wore a dress by Design by Marja Collection with a beautiful handmade hairpiece by Percy Handmade and a flawless hair net made by Tied and Feathered. Karl wore a Western North Carolina tie from Me & Matilda which again matched their 'something blue' theme.