Summer & Christopher’s wedding took place in July in a cemetery/mausoleum where the bride’s mother works at their beautiful 1920’s era chapel – certainly made for some awesome shots huh!? Summer told me:
“It didn’t bother us that the chapel had a mausoleum inside of it.  It’s not that we were being purposely macabre, but we both have an understanding of the cycle of life, and felt that it would be beautiful, appropriate, and romantic, to have our wedding in a place which encompassed beauty and history.  It was also a nice tribute to my mom, who brought me up with the understanding that death is just another part of life” 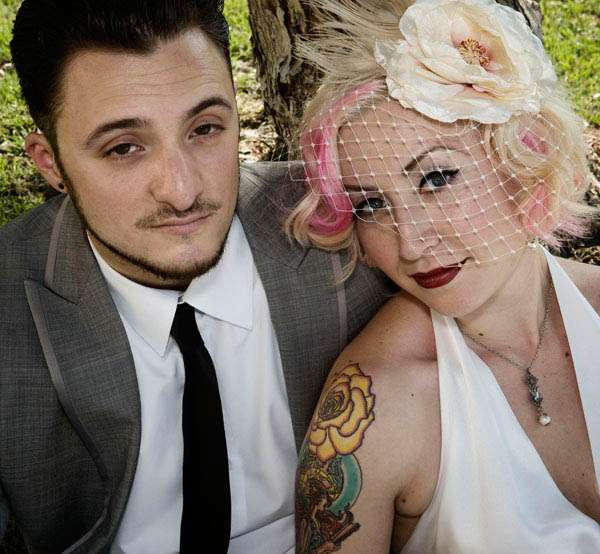 She went on to tell me all about their old Hollywood/Dia De Los Muertos fusion wedding which incorporated both the bride & groom’s family traditions and interests:
“We decorated the wedding ourselves, making numerous trips to Los Angeles’ Olvera Street to find decorations to complement our Old Hollywood/Old California/Dia De Los Muertos love fest!  My husband is Mexican so we wanted to incorporate traditions from his side of the family.  We had some wonderful people to work with.  Our ceremony music was done by the amazingly awesome all female mariachi trio Trio Ellas.  They are based in southern California.  Our cake was done by the very talented and very friendly twin sister duo of Twinfully Sweet.  My hair (cut, color, and style) and makeup were done by my fabulously talented sister, Heather Gorbea, who works at Uptown Girlz salon in Whittier, Ca and  I found my jewelry and accessories on Etsy.

Thanks to Summer & Christopher for sharing their gloriously gorgeous day with us! 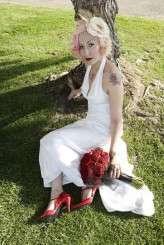 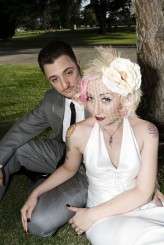 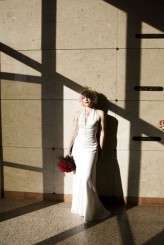 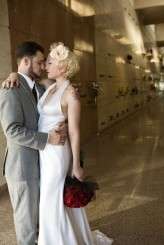 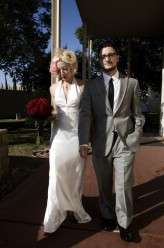 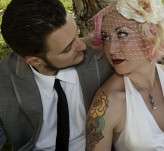 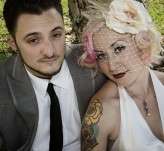 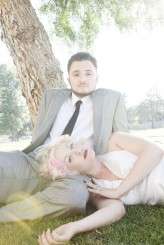 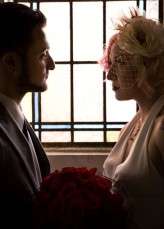 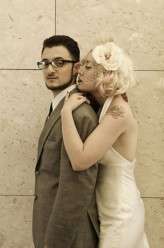 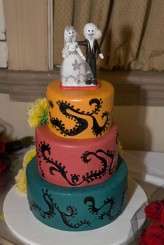 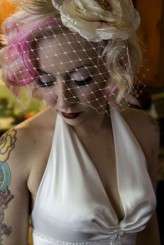 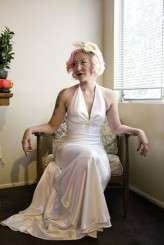 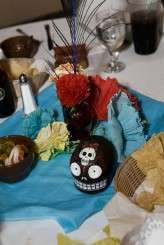 Being a florist, Becky knew as soon as she and Daniel got engaged that flowers would play a big part in the décor of their wedding. The day had a retro and Rock n Roll theme and was held at The Redbury Hotel in Hollywood.