If you thought their engagements were awesome then you’re going to love love love their wedding! Addie’s short dress and beautiful sky high shoes just screeeam rock chick! The wedding took place at The Fruitlands Museum in Harvard, MA – the perfect location to dance and rock the night away. 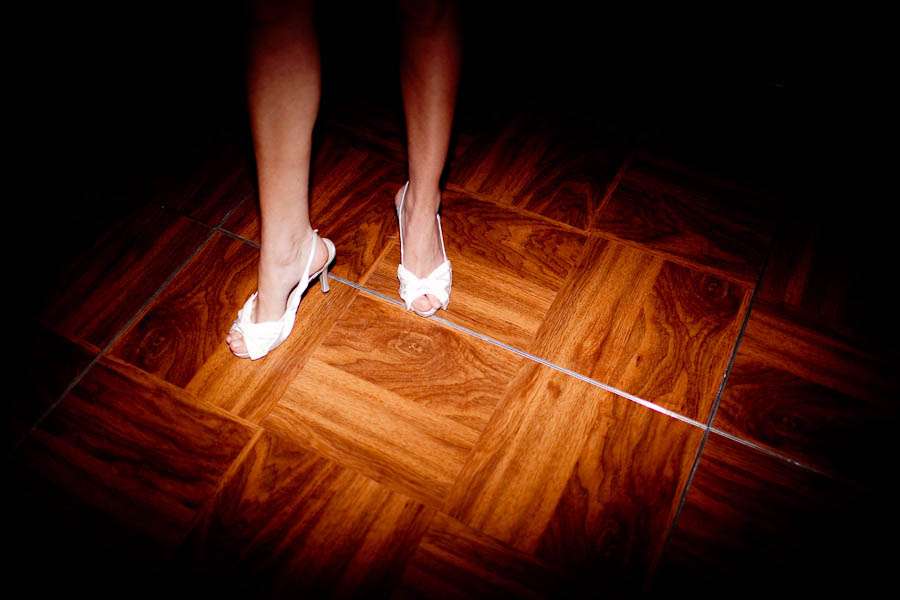 Again, thanks to Channing for sharing this couple with me..I heart them! 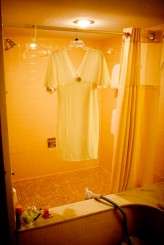 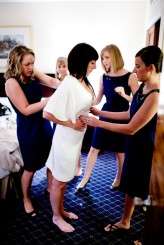 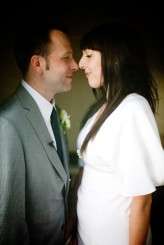 I am crazy in love with Tanya & Mark's amazingly colourful DIY wedding! The event took place in Tanya's parent's backyard in Northampton, PA and totally reflected the couple's quirky, colourful, kitschy nature. They really put 100% of themselves into the day. Tanya made the invitations, the felt flowers, the centrepieces and most of the decorations herself and all of the tables were covered with unique vintage fabric sourced from various places throughout the wedding planning. One of my favourite details had got to be the pink flamingos everywhere though! Tanya says she has a slight obsession with John Waters so this detail was a must! Tanya found her and her Bridesmaid's dress from Ebay and her amazing red birdcage veil from Events and Occasions. Her shoes were from Modcloth and her red petticoat was found at Unique Vintage. Thanks to Tanya and Mark for sharing their day and all the gorgeous details with us! Credit: Matt Stanley