Evita & Micheal had a very uniquely styled wedding and ‘day after shoot’ (which actually took place 4 months after the wedding but who’s counting?) The whole glorious wedding is featured in the Fall issue of Weddings Unveiled Magazine (and is on their blog, Completely Unveiled) but I was over the moon when Evita asked if I would like to share their American Gothic style photo shoot too. 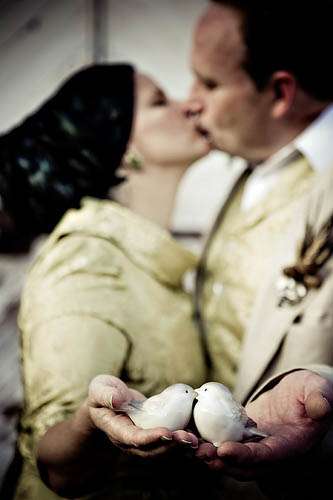 I fell in love with the fashion. Her fabulous dress, made from a slightly altered vintage Vogue Pattern (8416) with silk from Clarence House even had a matching corset which she wore underneath! Her feather hat was from Frock of Ages and those amazing customised shoes by Andrew Geller, originally from Stefan’s Vintage Clothing and quite frankly to die for.
Evita explained:
I had them resoled at Peter & Sons in South Windermere shopping center. Insoles and toe embellishments done by me. Sterling acorn brooches were purchased on eBay. Swarovski hot fix rhinestones are olivine

Michael wore a long suit jacket from Cat Robinson with trousers from the The Historical Emporium. Evita made all boutonnieres herself.

Thanks to Evita & Michael for sharing their shoot and details with us. I can not wait to see the whole wedding in Weddings Unveiled Magazine soon! 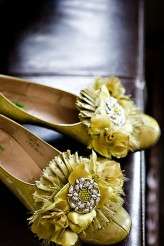 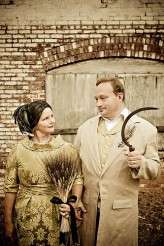 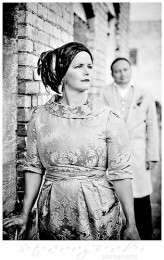 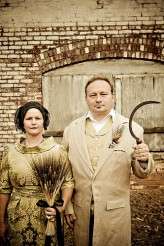 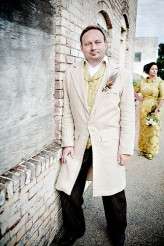 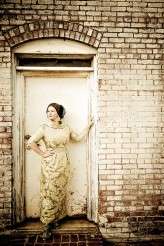 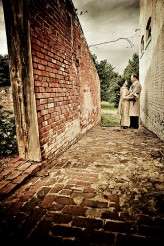 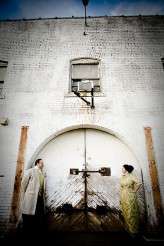 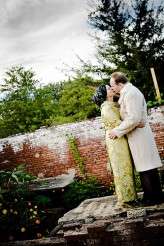 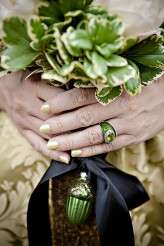 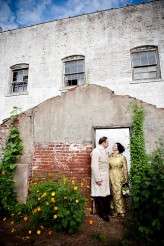 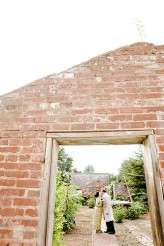 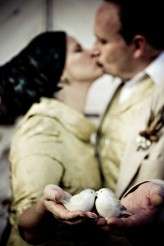 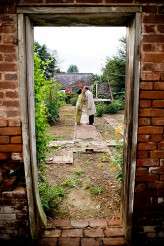 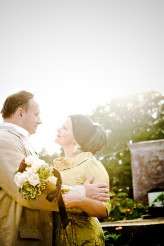