I may say this all the time, but Jip and Nanat are sooo cute! Gotta love a couple that will done animal heads for their engagement shoot..I kid you not.

Thanks Jeremy as ever for his awesomeness. ps yes the first photo is dorky but I love it! 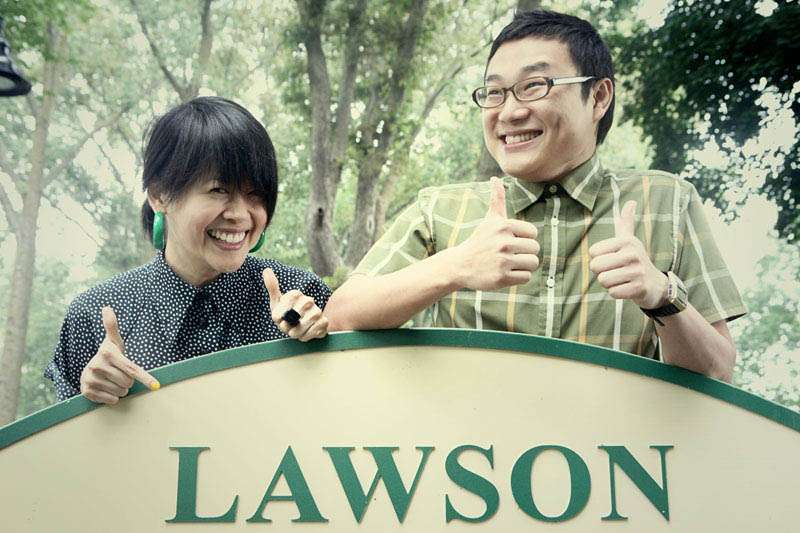 Check out the rest! 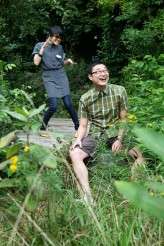 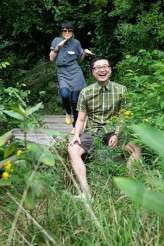 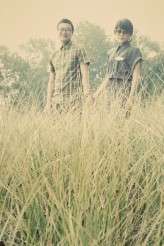 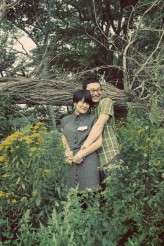 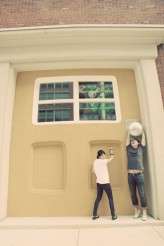 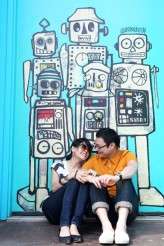 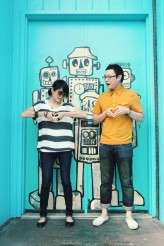 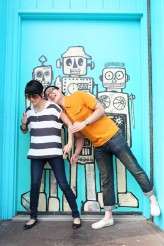 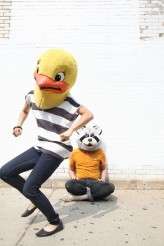 Engagement shoots can get a little cray cray. Props, expensive outfits and mental locations, while all lovely, are not what makes a good one. To me, a cute couple being themselves and showing their love their way is what matters. Dear Justin & Alanna, you did this amazingly!

Ash and Nick are both actors who have also had experience in designing, directing and film editing. They knew they wanted to do something funny and creative for their engagement shoot, rather than the standard cheesy hug-each-other-and-smile-in-a-dreamy-field kind of pictures. Massive horror and Halloween fans too, the idea of recreating some of their favourite TV and movie scenes fell into place after that!

It's such an honour that someone would send me a session to post only the day after they shot it! Photographer Ben Godkin was so convinced that Mandy & Braxton's engagement session was perfect for Rock n Roll Bride that he didn't hesitate to email me some images - even before the whole set was complete! "The couple , who are fierce backgammon players, were so fun and wanted to get some unique shots for their engagement photos! Ben wrote. "They were staying at a cozy little Bed and Breakfast called Settlers Crossing in Fredericksburg to finalize the details of their small wedding at Beckers wine vineyard in Sept. Mandy and Braxton had many tattoos but two that were particularly meaningful. They both had "Soul Mates" tattooed on both hands so when they joined hands they would always be reminded of their love. There was an abundance of farm animals on the property including horses, sheep, and donkeys, so we couldn't resist using them in the shoot. Then we headed to a local land mark called Enchanted Rock and made the 20min hike up just in time to watch the sunset, and the full moon rise... It was magical!"

A Cosplay Star Wars Revenge of the Sith Engagement Shoot

Molly and Christopher's engagement shoot is just about PERFECT for today's post, what with it being International Star Wars day and all. The couple made the costumes themselves! "We are both huge geeks who go to a lot of conventions", she said," so it was easy for us to find pieces we already owned to channel some Sith realness."