So after we left Vana & Damien yesterday, David (hard working as ever) headed off to London’s Southwark for a fabulously moody pre-wedding shoot! The rain may have been pouring, but David was able to capture the couple and their most glorious…and I have to say, the rain water on the ground does make for some amazing light.

David said:
After a pretty dismal day, some sun made it through the clouds, before clouding over and pouring with rain as we started the shoot.

However, I’m never one to be defeated, so after we arrived in Southwark I found a rather interesting empty car park, a rough round the edges theatre bar, a nicely lit railway tunnel and grimy door to use as backdrops.

I usually reschedule if the weather looks bad, but as you can see from tonight’s shoot, a bit of rain doesn’t mean the images have to suffer! 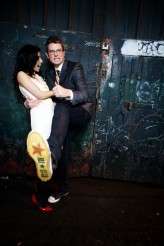 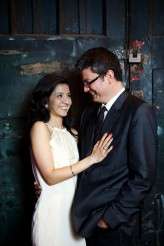 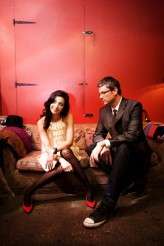 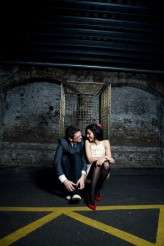 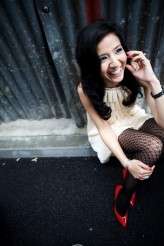 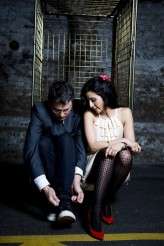