If someone said to you ‘quintessential English wedding’ the images that pop into your head would be those of spring time, sprawling gardens, garden roses, strawberries & cream, tea & cake, posh hats, Laura Ashley, paisley and Cath Kidston Well I’m here to blow those ideas out of the water!

An urban English wedding is just as British as the traditional pretty countryside one, in fact maybe more so as a wedding in the city enables the photographer to show off London’s fantastic landmarks at their best…aww makes me come over all patriotic!  The Gherkin, The London Eye, The River Thames…these are the things I think of when I think of England…but maybe that’s because I am just a city girl at heart.
Just call me the Carrie Bradshaw of weddings!

A huge thank you to Christian & Susan of CKP Weddings for taking the time to share these with me. 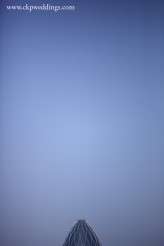 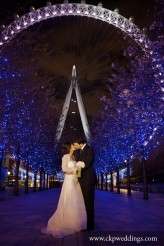 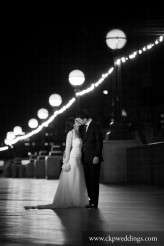