Want some more gorgeously lavish reception details to inwardly digest and then steal?  Well look no further than this bad boy from Detail Events Planning via The Bridal Bar…

PS Like this? I’d love to know about it…why not take my quicky 5 minute survey for automatic entry to win some fabulous personalised Shoe Missy shoes, just like mine! 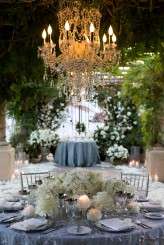 The Most Amazing Table EVER