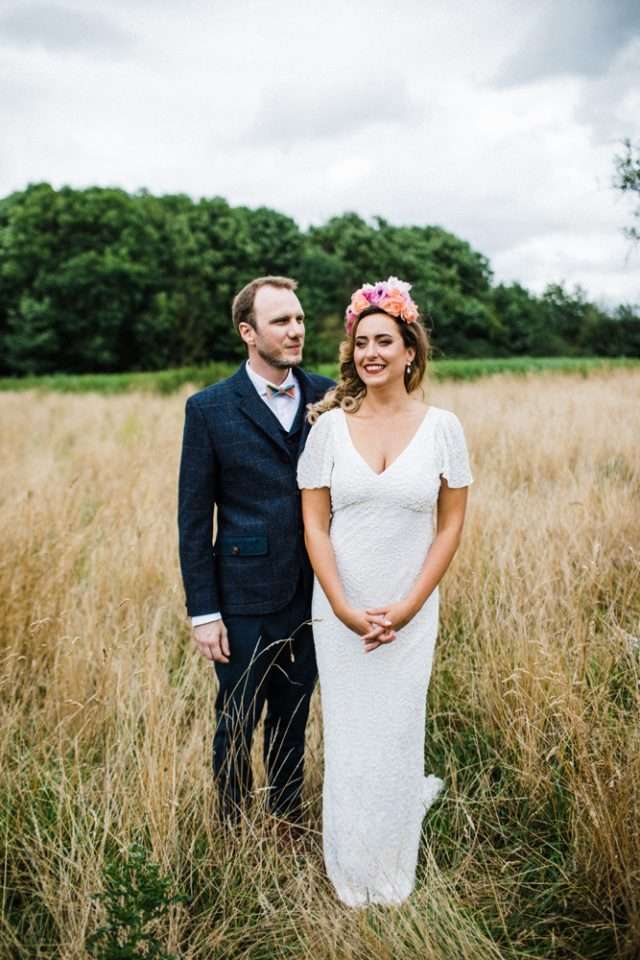 So we all know a wedding day is, for the most part, all about the couple getting married. But when a bride and groom put just as much thought and effort into their guests having as much fun as they do, well you know you’re into a winner.

I also can’t go on any further without calling out probably THE most amazing bridesmaid outfits I’ve ever seen! Tulle skirts, oversized sequin playsuits, HELL YES, I am so on board! 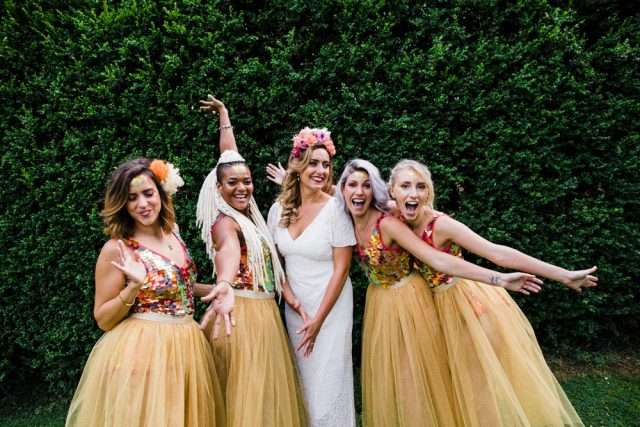 Beth and Sam were hitched in style at Elmore Court in Gloucestershire. “We wanted to create a unique carnival atmosphere with lots of glitter and sparkles so every element had a glittery and sparkly theme”, said Beth. “The guests also contributed by dressing in sequins, sparkles and glitter which meant that our carnival theme was apparent across the whole day. We have been going to lots of festivals for many years and wanted to create a playful, inclusive day where everybody could let their hair down and laugh!” 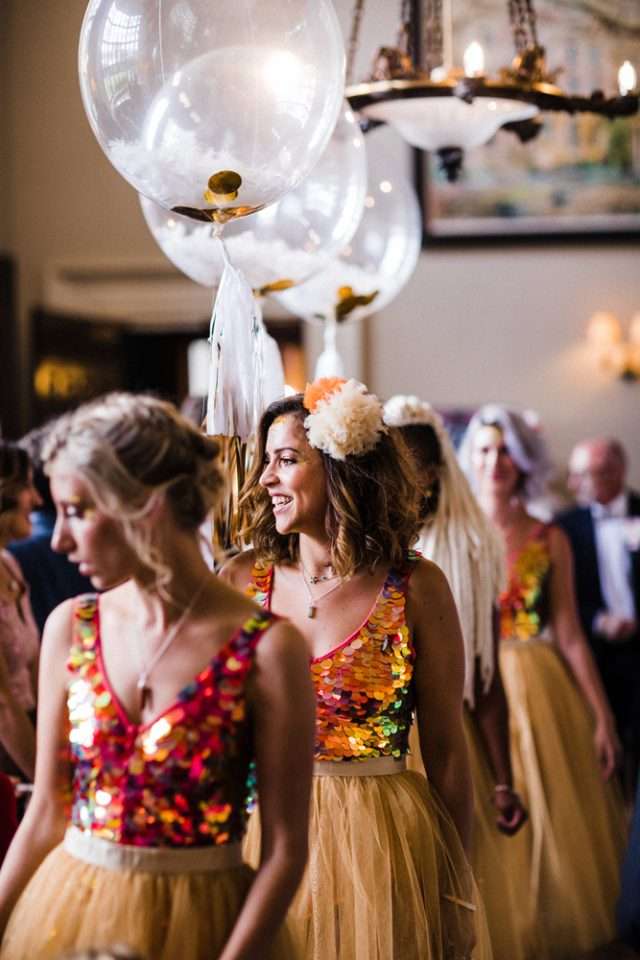 Beth wore a vintage inspired gown from by Eliza Jane Howell and a flower crown designed by Emily of London which was loosely based on a Frida Kahlo design. The bridesmaid were in sequinned playsuits designed by Rosa Bloom with bespoke tulle skirts. They carried balloons down the aisle and wore iridescent bum bags filled with glitter.” 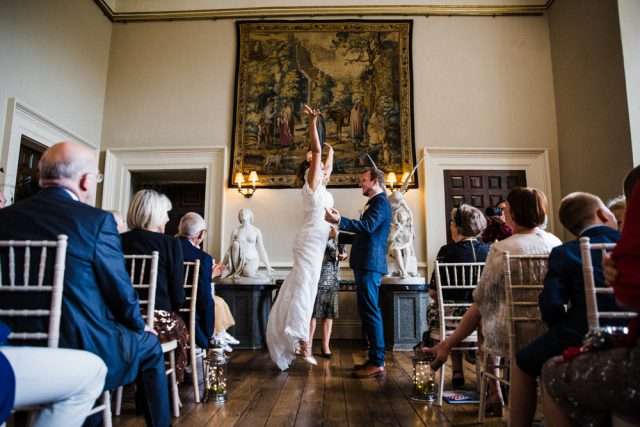 Their ceremony was a real highlight, especially the end when a brass band burst in to accompany the bride and groom back up the aisle! “After our vows our band, The Brass Funkeys, surprised everybody by playing us back down the aisle. They played I Love You Baby by Frankie Valli and the Four Seasons which everyone joined in with.” 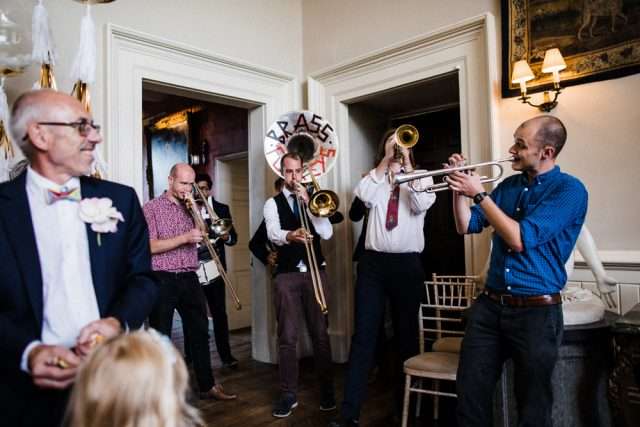 The unique and creative touches didn’t end there though, the reception was all about having the most fun ever! Instead of a cake they opted for a tray of rainbow meringues by the Meringue Girls and instead of flowers had balloons everywhere instead. “We kept all the decor really simple”, Beth explained, “When choosing the venue one of the main criteria was that it didn’t need lots of decor and Elmore was just that.” 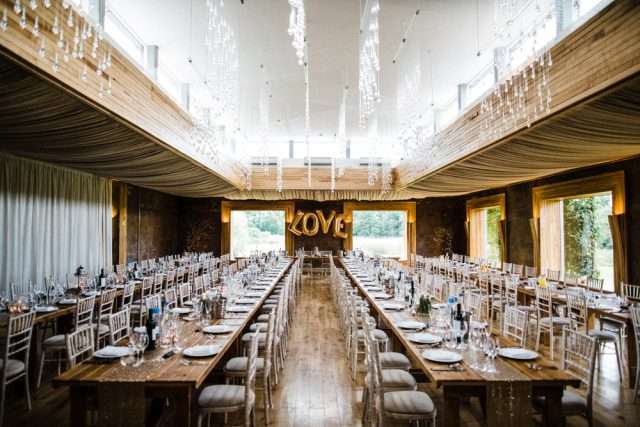 A real highlight of the day was “During the drinks reception my bridesmaids, fully loaded with glitter and sequins in their bum bags, glittered up all the guests’ faces! They did a great job of decorating everybody and getting everybody into the party spirit. Then, when the food was finished and we had done the first dance, my bridesmaids whipped their skirts off and shook their stuff to get the party started! There was dance offs, hula hopping, poi spinning and booty shaking. I laughed the in entire day and night.” 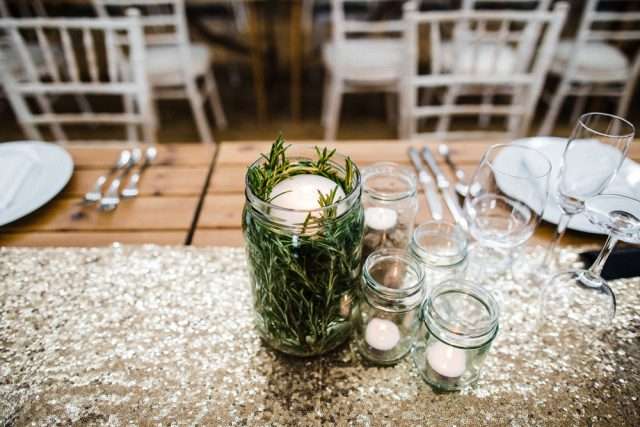 “The best part of our wedding was the all-encompassing feeling of inclusivity –  oh and the 30 children who helped inject even more playfulness into the day”, Beth concluded. “The venue was our biggest expense but we knew we wanted somewhere we could have a huge house party and have our guests stay over for the night so it was worth it.” 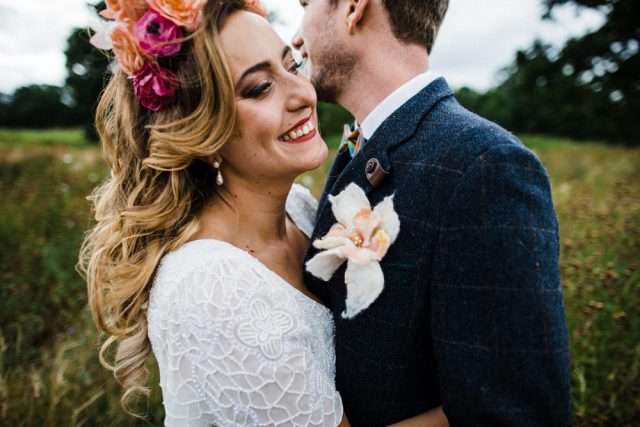 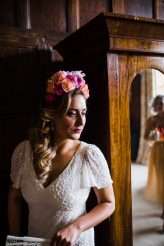 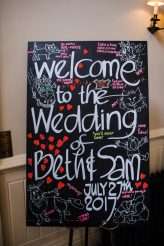 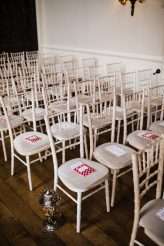 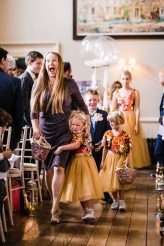 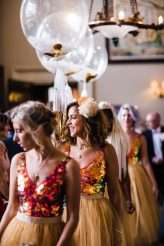 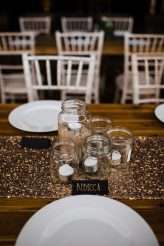 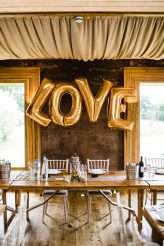 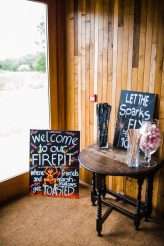 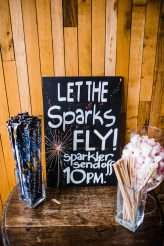 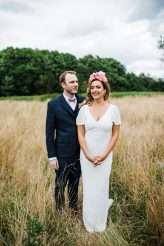 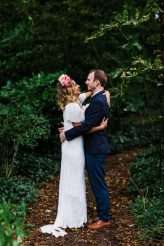 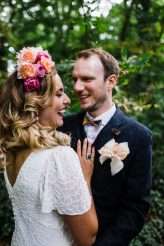