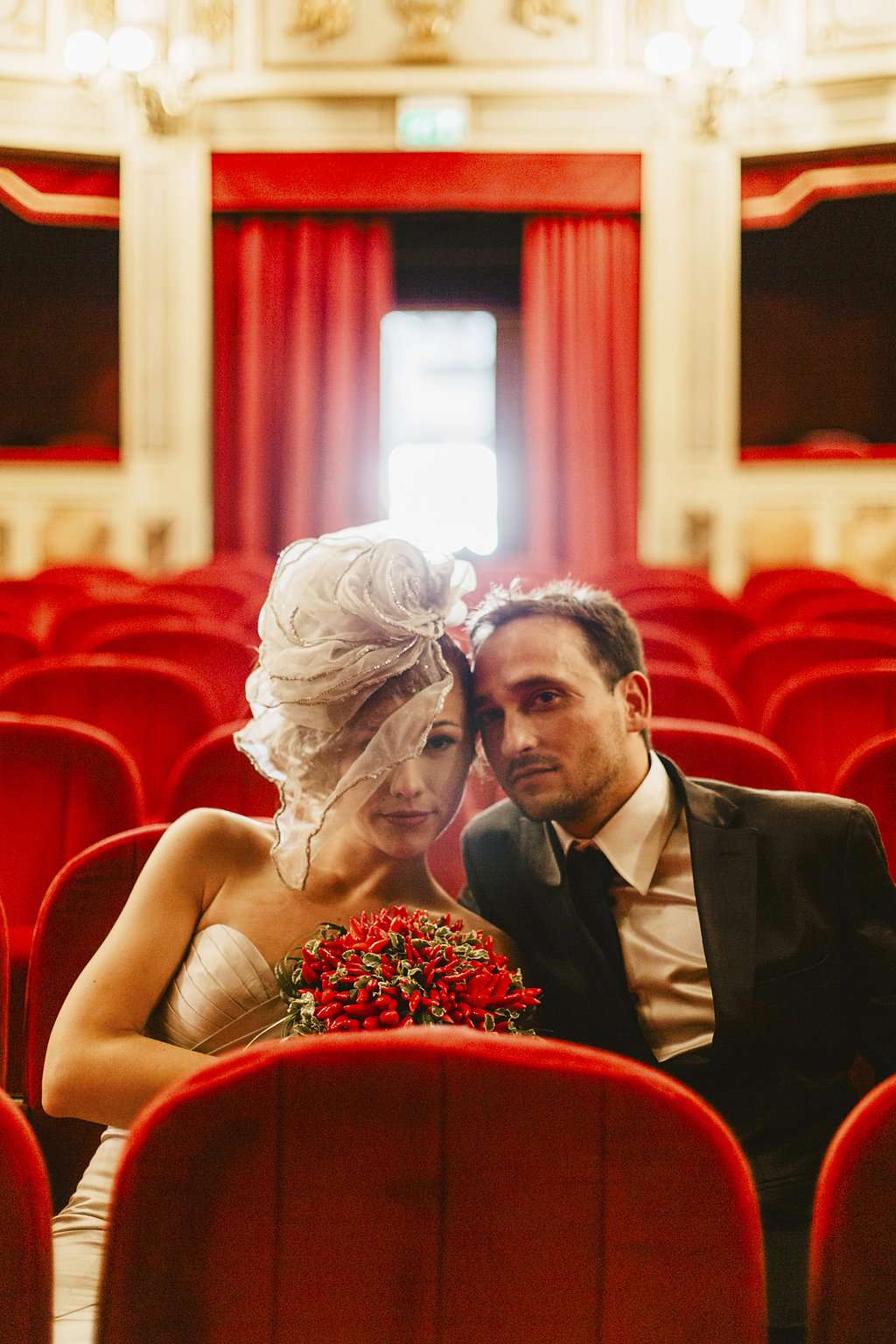 When you hear a wedding theme described as ‘spicy’, you obviously expect the palette to be full of fiery reds and siennas, but what you don’t expect is that the bouquet is actually made up of real red hot chilli peppers! The theme even extended to the bride’s hot orange coloured nails and spicy hued make up. 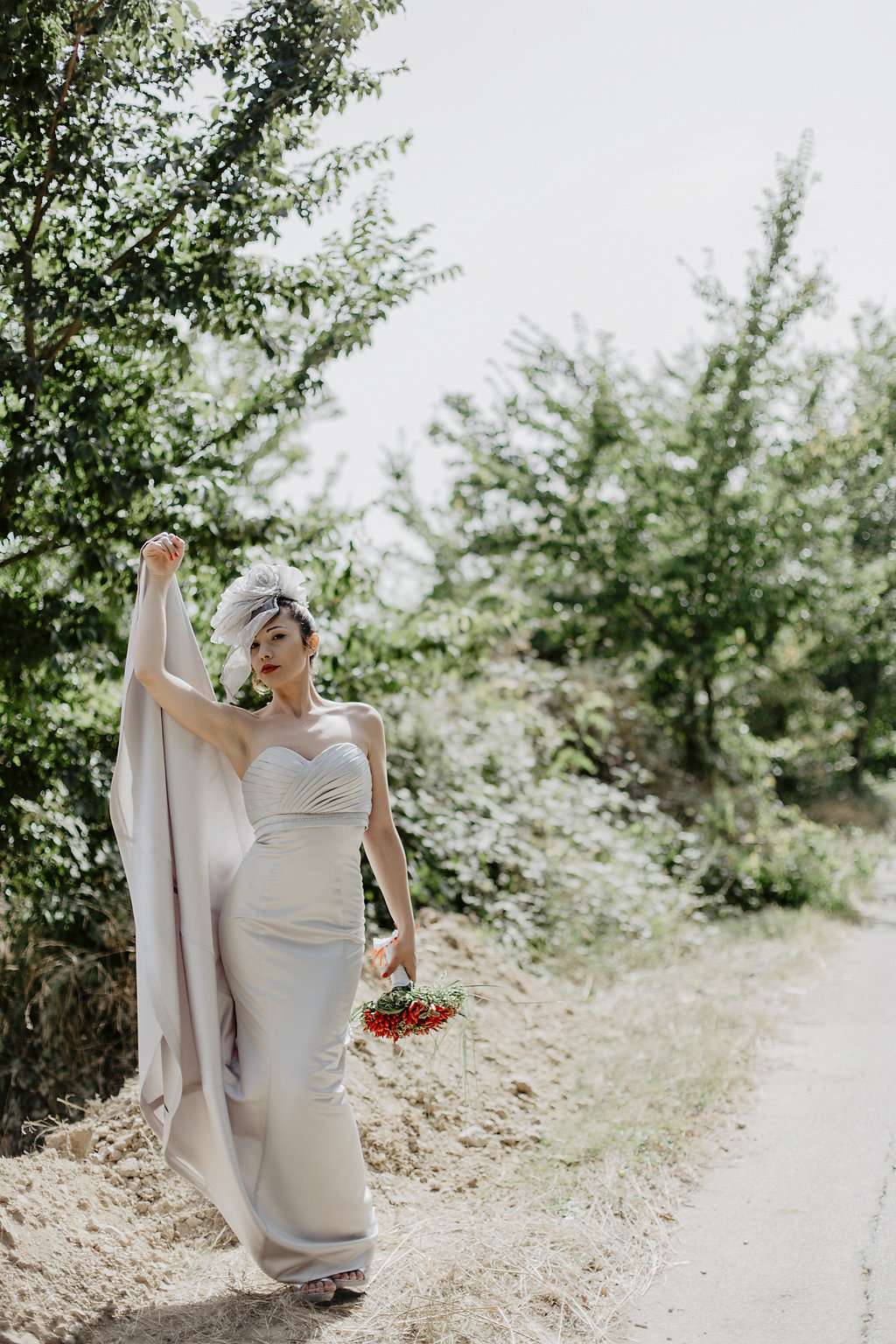 Silvia and Alan’s August wedding broke with south Italy’s tradition of marrying in a church. Instead, they held it in a theatre, followed by the reception at Hotel Bouganville Hill Resort. The ceremony was officiated by the bride’s aunt Assunta Dragonetti, and Silvia described it fondly as, “Informal, and so really funny. My parents were really excited. My father trembled while we were walking to the altar; I told him that I was the bride, not him!” 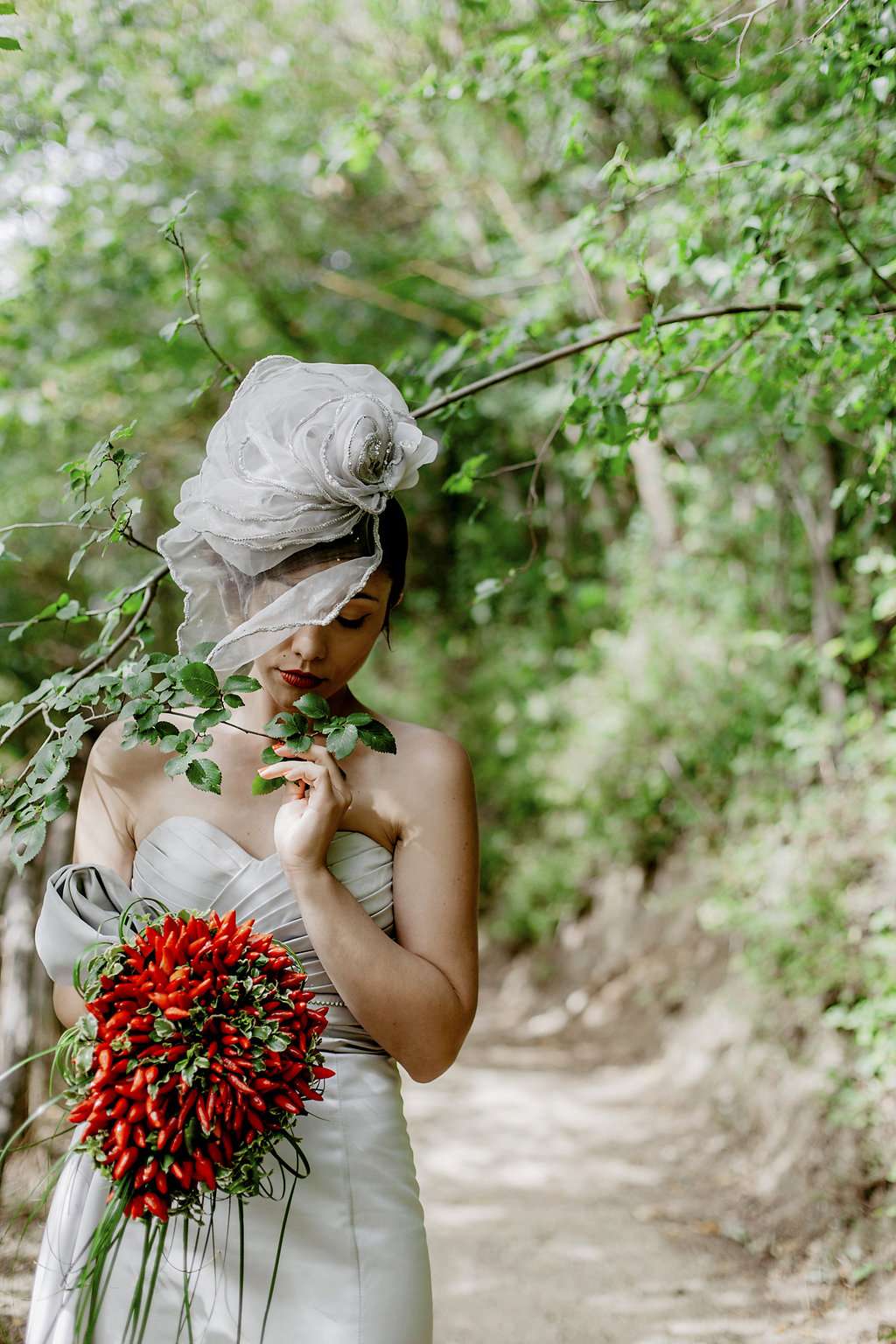 The bride wore a handmade dress by Fabric Factory with a bespoke hat by Beatrice Ferlito, and shoes by Queen Elena. She did her own make up, and Luigi Spera styled her hair. The groom wore belt and shoes from Fratelli Romanelli, an Italian shoemaker in Naples, shirt from FB Couture, tie from Marella, and a tie clip from ASOS. The bridesmaids wore dresses from LIU JO. 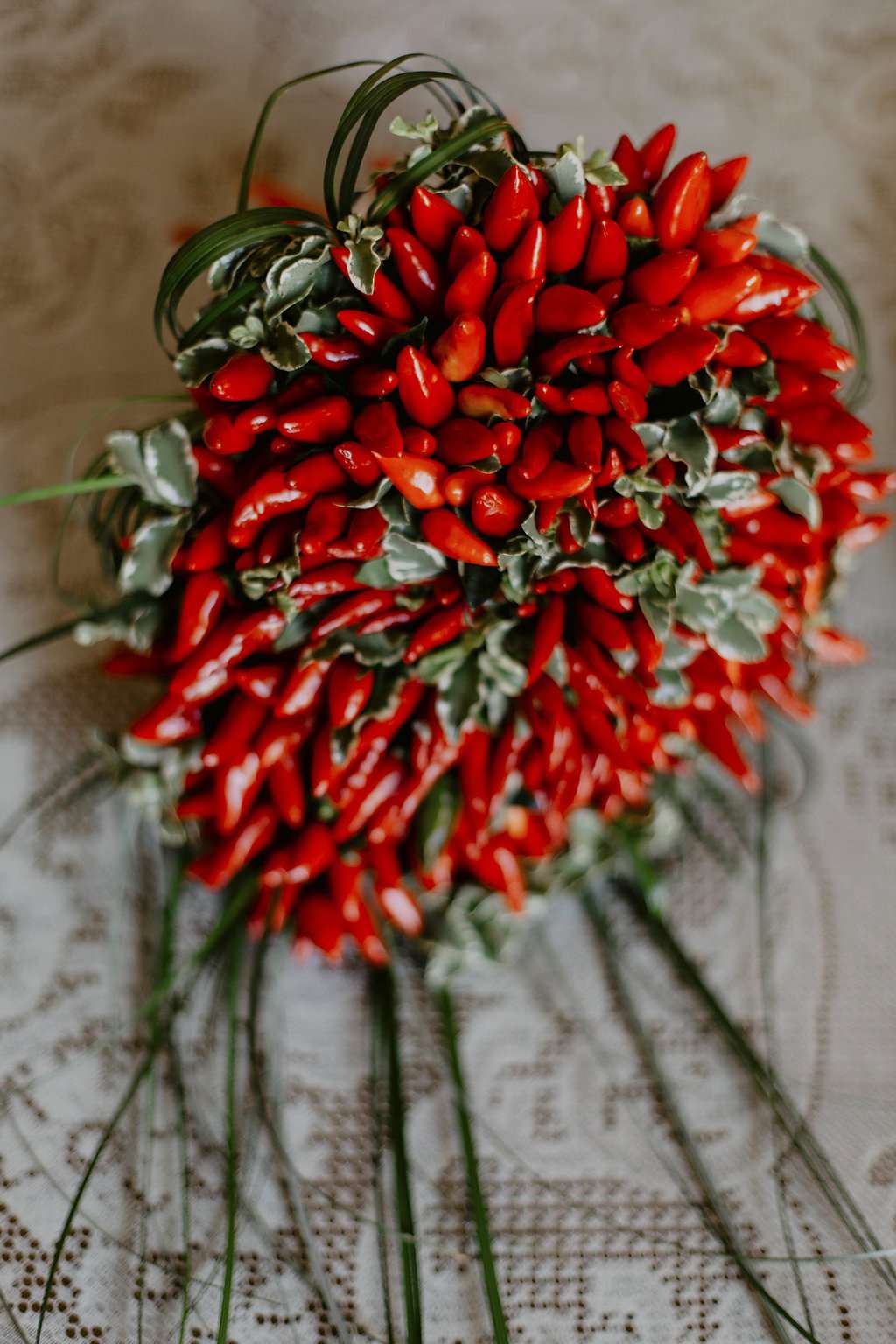 Silvia said of their wedding theme, “We have a common passion: Spicy! Everything about our day was in keeping with the theme, from the centrepieces to the bouquet. At the end of the party, everyone took home a plant from the table, and it was fantastic to see all my wedding flowers given new homes rather than go in the bin. My bouquet was one kilo of chilli peppers, and we made four jars of chilli pepper preserve as presents, which our guests really appreciated. I didn’t want to give the traditional Italian ‘confetti’ (which are little sugar candies with an almond inside), so I chose instead personalised red and white M&Ms!” 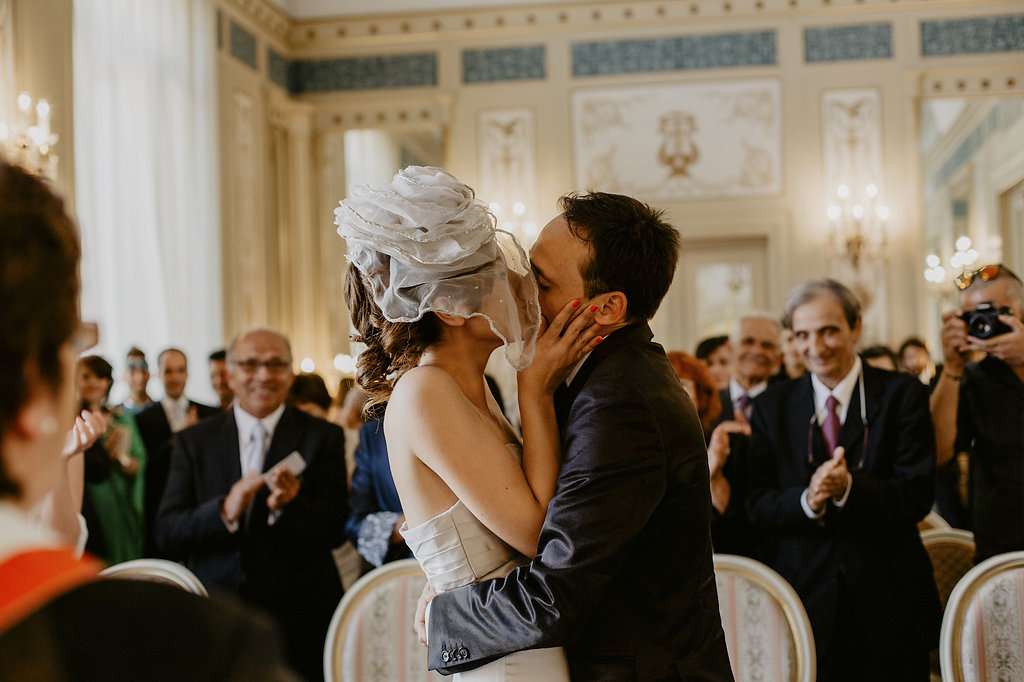 One of the funniest parts of the day, said the bride, was, “When my husband phoned me because he was lost coming to the venue. He told me not to arrive before him, so I wandered around the town to kill time!” Her favourite part of the day was “The ceremony – it was a very exciting moment since my aunt opened it with a very beautiful speech on happiness and love.” 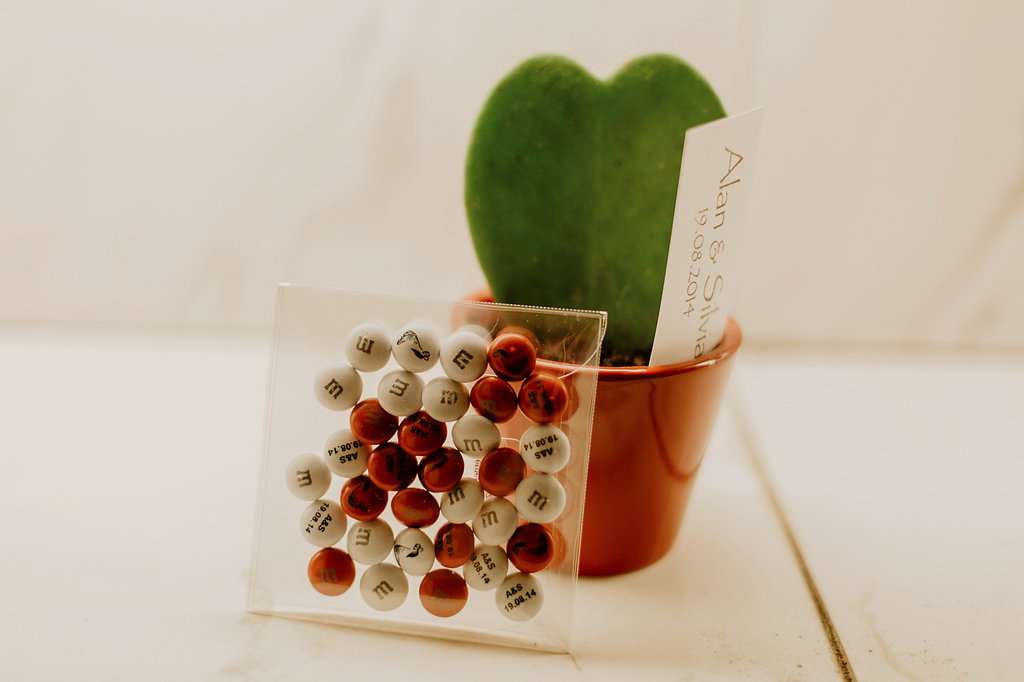 Silvia said of the planning, that the most important thing for them was the finances. “To know exactly how much you can afford” she explained. The biggest expense of the €9,000 budget was actually the bride’s hat, but they saved money on the dress. “I bought my dress in China, with good raw materials, then an Italian tailor in Rome modified it for me.” 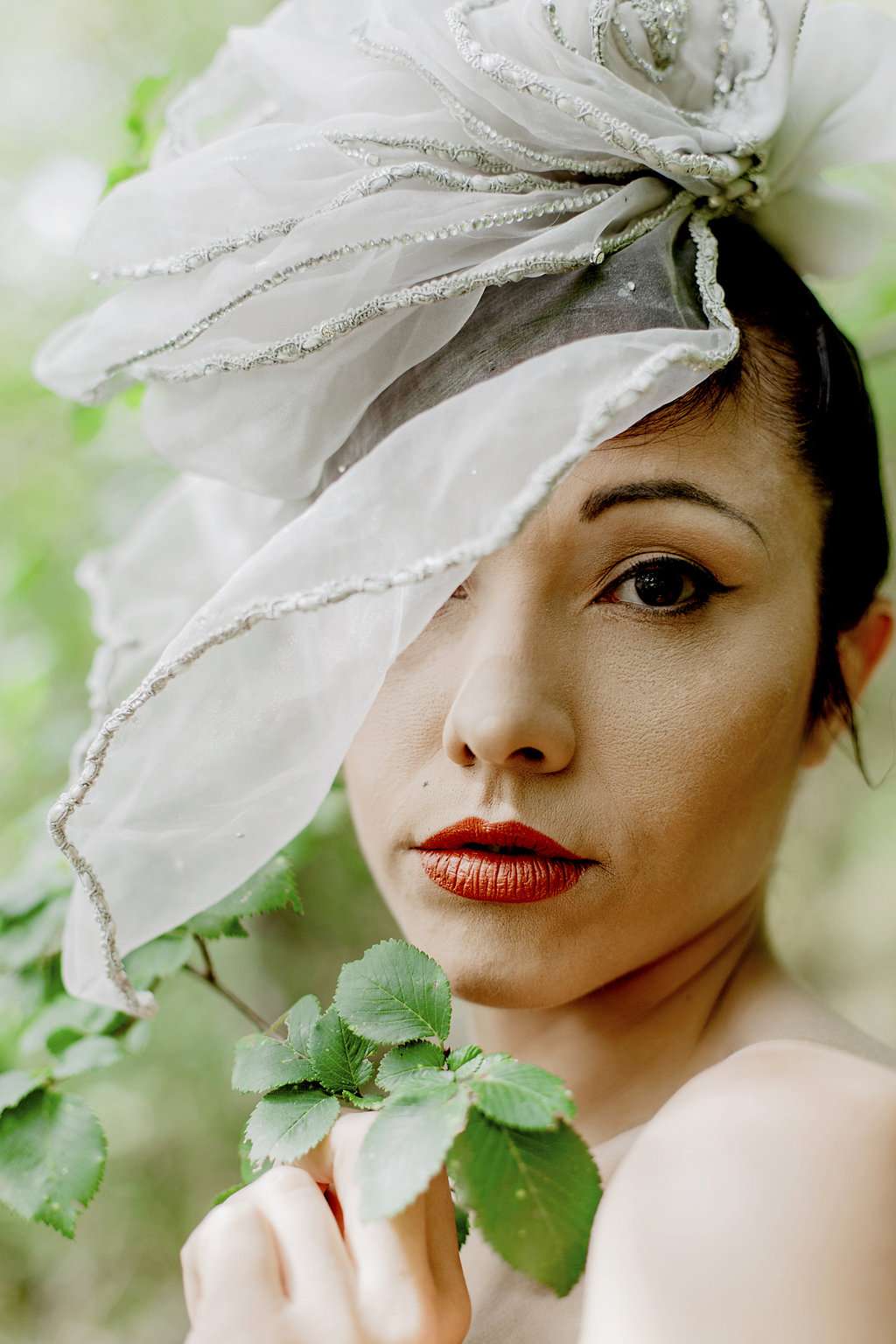 Good planning was the secret to the stress-free, laidback nature of the day. The bride said the best thing is to plan way in advance because, “The more time you have, the more money you can save, plus you can enjoy the results of your planning without the anxiety.”

The couple’s advice for future brides and grooms is, “Enjoy yourselves planning everything together: Choices are made in two.” 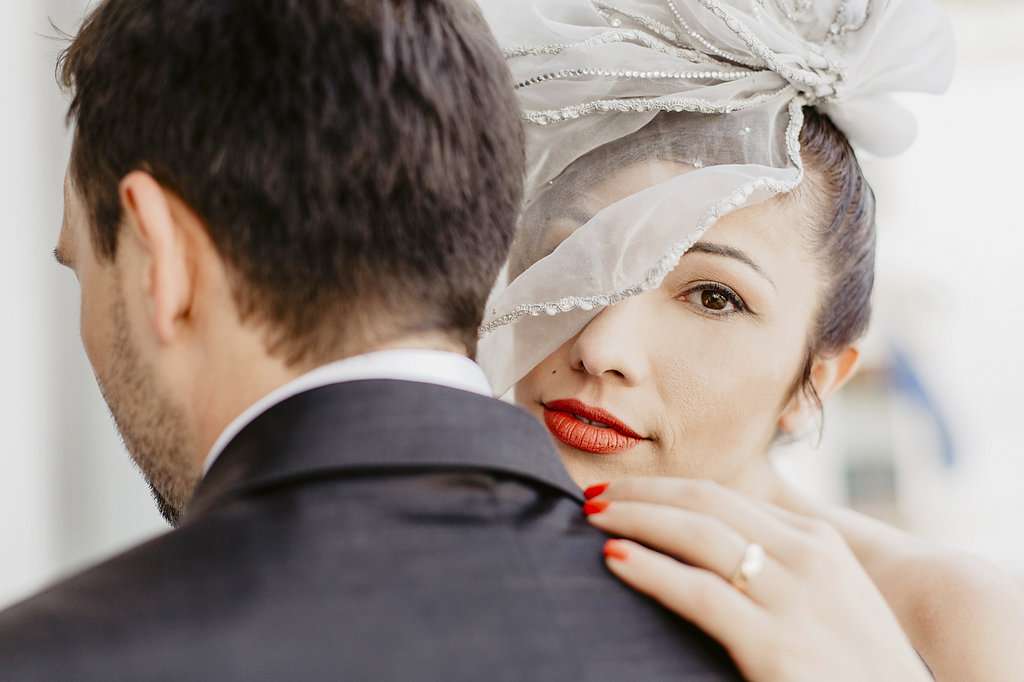 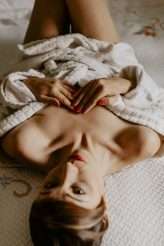 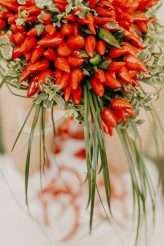 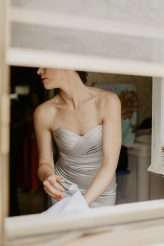 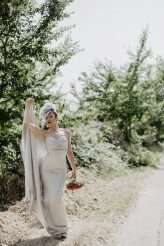 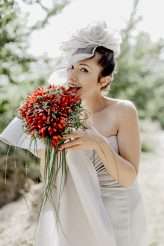 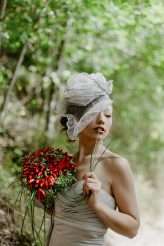 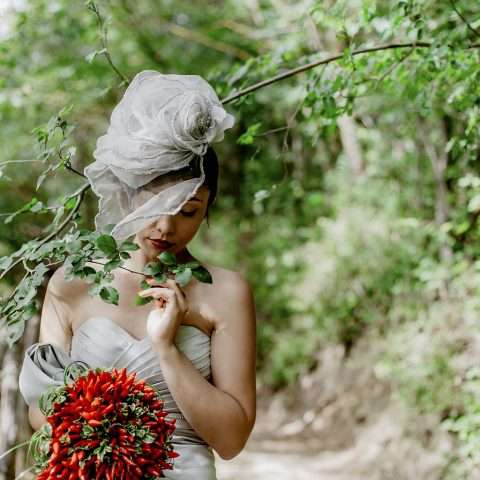 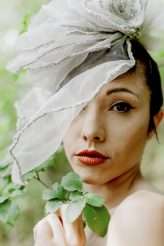 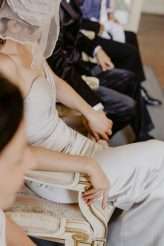 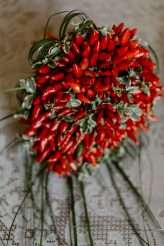 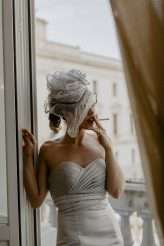 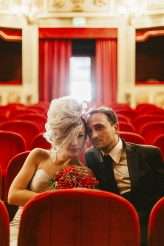 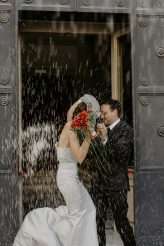 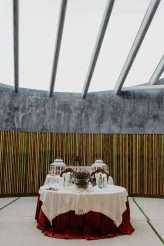 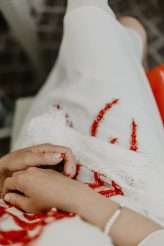 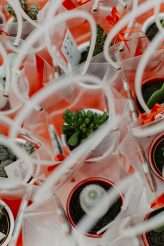 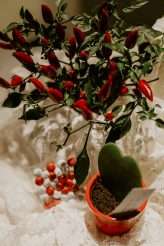 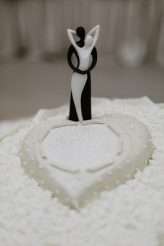 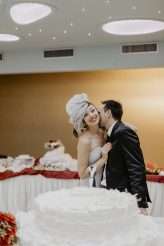 Edgy Sicilian Wedding By the Sea

The key words for this wedding are light, magic, and style. With their guests dressed in black, and the couple both in designer label white, plus having Mount Etna and the sea as their view, Giuliana and Buccio pulled off a frankly stunning looking day.

Zaira and Vinicio's wedding took place in Italy during September. The theme was fashion and music, things they both love, and the atmosphere was laid back and fun. They kept thing casual with no dress code, live music playing constantly and the free-flowing alcohol! "Just be yourself", Zaira advises future brides and grooms. "We loved the theme of our wedding because it was 'us'! We wanted the day to be a combination of both our styles in everyday life."

You know when you meet someone and you can instantly tell that they're your kind of person? You talk non-stop about everything and anything and five hours later you wonder where all the time went? Well that was exactly what happened to me when I met up with photographer Lakshal Perera last week. Based in Australia, Lucky (as he's known to his friends) is without a doubt one of the biggest talents coming out of Oz right now. His work never fails to blow me away and the fact that he's literally one of the nicest people I've ever met makes his talent even more exciting to me.

It wasn't love at first sight for Amanda & T'Neil, but their romance is certainly what epic love stories are made of. Now call me an old sop, but what a great movie their story would make! "T'Neil and I met through our parents in our mid teens," began Amanda. "It was one of those friendships you had because your parents 'encouraged' it. The two of us could not have been more different if we tried to be - she was miss pep and I was miss 'leave me the heck alone'. I wanted to set her pom poms on fire and she says she was scared to death I was gonna beat her up or something! Through the first year that we were 'encouraged' to be friends it was a lot of small talk and 'my dad said to ask you if you wanna hang out' invites - movies, the mall, game nights. Then we began to see that we weren't so different after all; we had more in common than we wanted to admit even to ourselves. What was once an 'encouraged' friendship became inside jokes, sleep overs, and overnight texting. We look back now after 7 years of the best friendship and we can't say what was the moment it all changed, but somewhere over the years of helping each other through a move across states, the sickness and death of a parent and divorce of others, heartbreaks, injuries and so much more, we became inseparable. And eventually best friendship turned into a 'once in a lifetime', movie script type of love, with all the tests of A Lot Like Love, hope of A Walk to Remember and love of The Notebook."

In the most part Italian weddings are undeniably beautiful - the landscape, the buildings and the effortless chic of the people. Huge and family orientated traditional weddings are big business in Italy, with alternative or quirky nuptials being a rarity. So I was thrilled to receive Mariangela & Ignazio's quirky Italian wedding recently - I love to show both sides of the story after all!