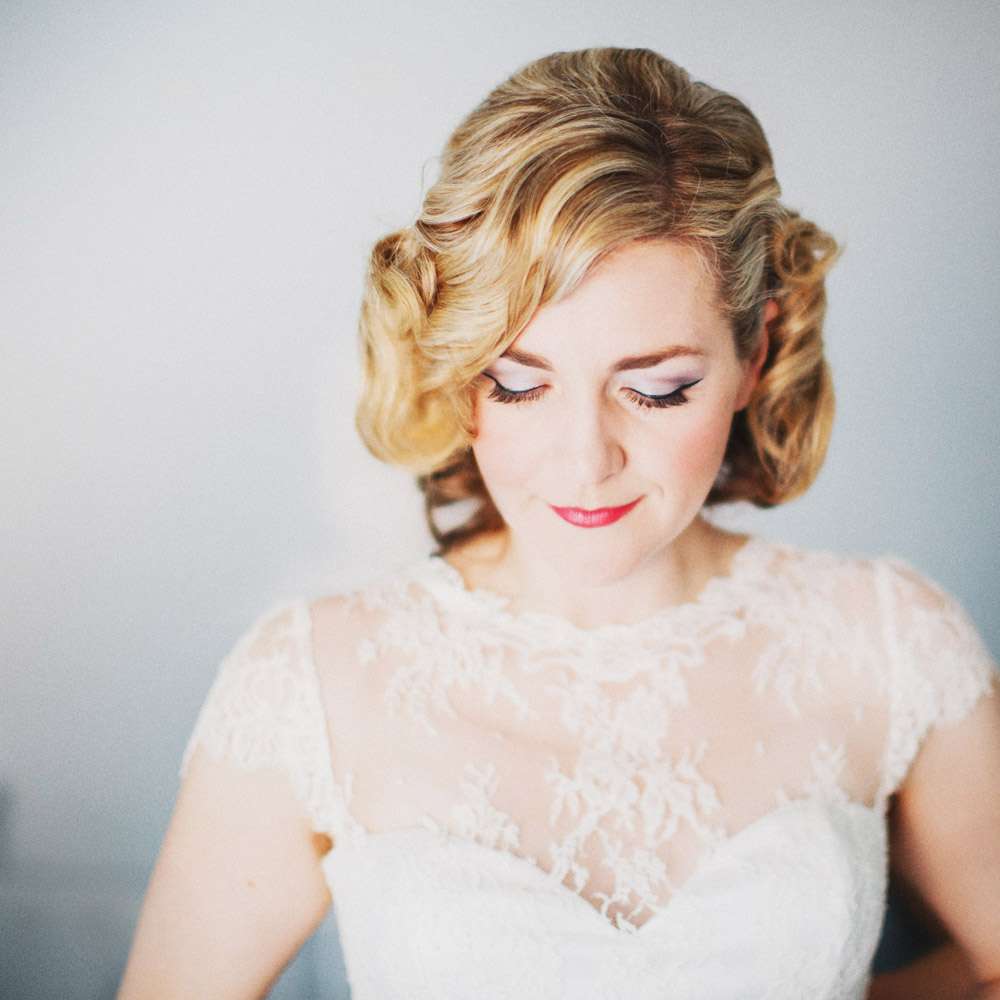 You know when you meet someone and you can instantly tell that they’re your kind of person? You talk non-stop about everything and anything and five hours later you wonder where all the time went? Well that was exactly what happened to me when I met up with photographer Lakshal Perera last week. Based in Australia, Lucky (as he’s known to his friends) is without a doubt one of the biggest talents coming out of Oz right now. His work never fails to blow me away and the fact that he’s literally one of the nicest people I’ve ever met makes his talent even more exciting to me.

Anyway, enough gushing, onto the wedding in hand..! 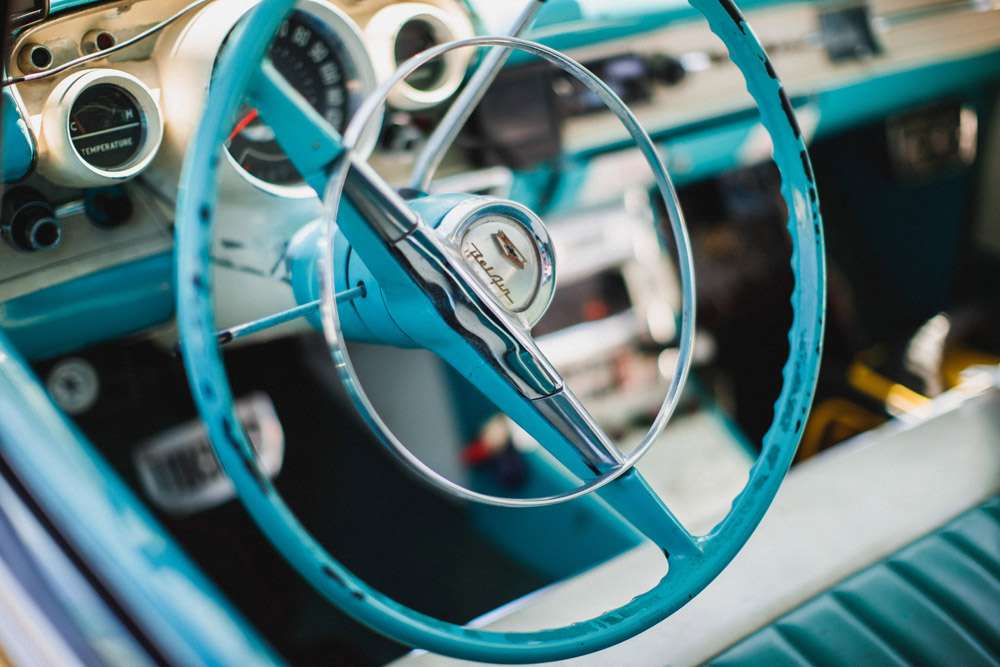 Kylie and Greg were married in Victoria. Their ceremony was held at Westgarth Theatre, and their reception at Normanby House, a fully restored house originally built in the 1900s. “The wedding began with our ceremony at an art deco theatre where we have been on many hot dates”, began the bride. “It was local, it was out of the ordinary, it was a beautiful setting, and the venue said yes!”

“Once guests were seated in the theatre, a stop motion video played on the big screen telling our 10 year story. We thought we would have some fun with the ceremony rather than bore people with the facts of our relationship that already knew. Barb, our celebrant, did a stellar job of convincing some guests that we did in fact meet on a speed dating night, and Greg won me a meat tray on our second date. These embellished facts made for an unexpected, hilarious ceremony, setting the mood for the day.” 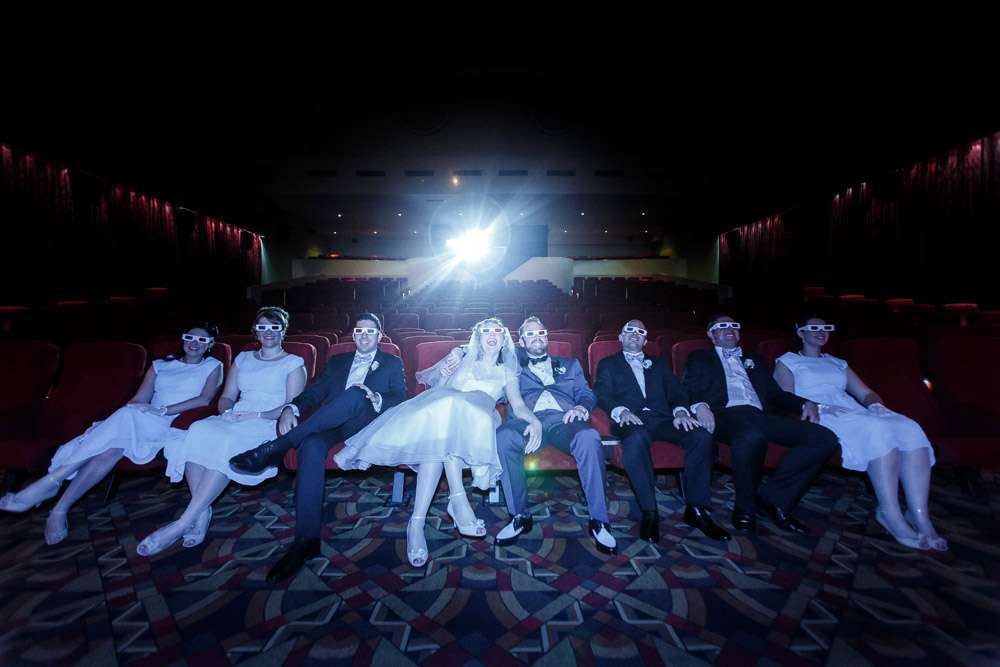 “Whilst having photos in a near by park, we sent the guests off for a short tram ride to a local lawn bowls club to get their bare foot bowl on and sink a few beers. Jump the fence and you’re at the reception, an old house converted reception venue that had an intimate feel with enough space to get our dance on. We wanted to create a day for our guests that best represented us, and were a bit jealous we couldn’t experience everything all at once with them.” 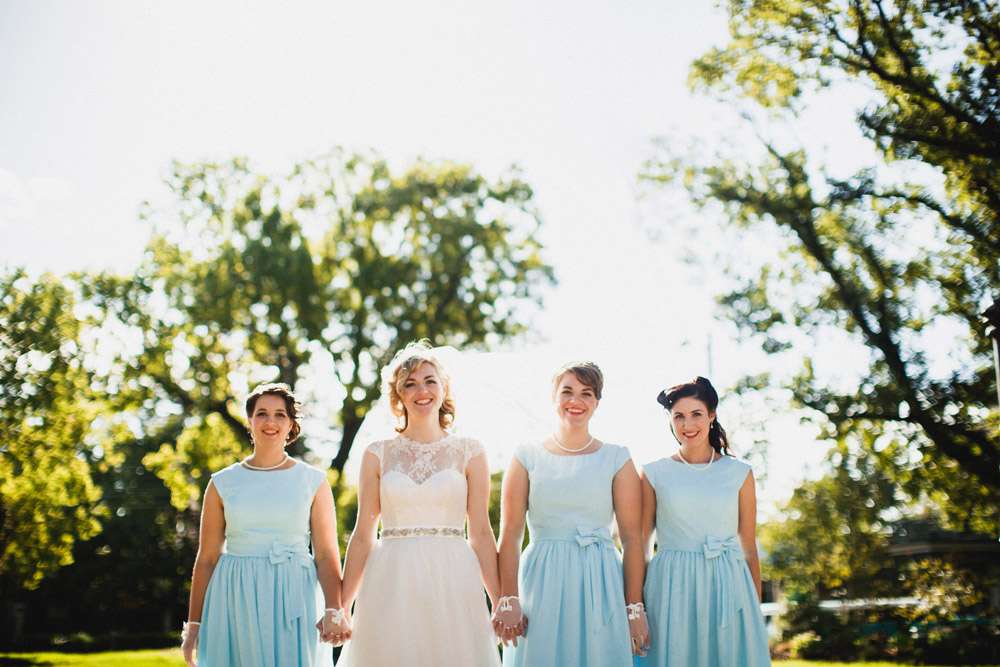 The wedding had a subtle vintage theme but really the couple just wanted a fun wedding that represented them. “I love fashion from 1950s and 60s and knew exactly what I wanted to wear on the day”, Kylie continued. “Using the dress as a starting point it all grew from there adding elements to create a vintage inspired wedding. The bridesmaid’s dresses were just passed the knee and covered buttons. I wore lace gloves and pearls, the girls all had unique retro hair styles and vintage make up. Most of our decisions were easy because we had such a clear idea of what we wanted.” 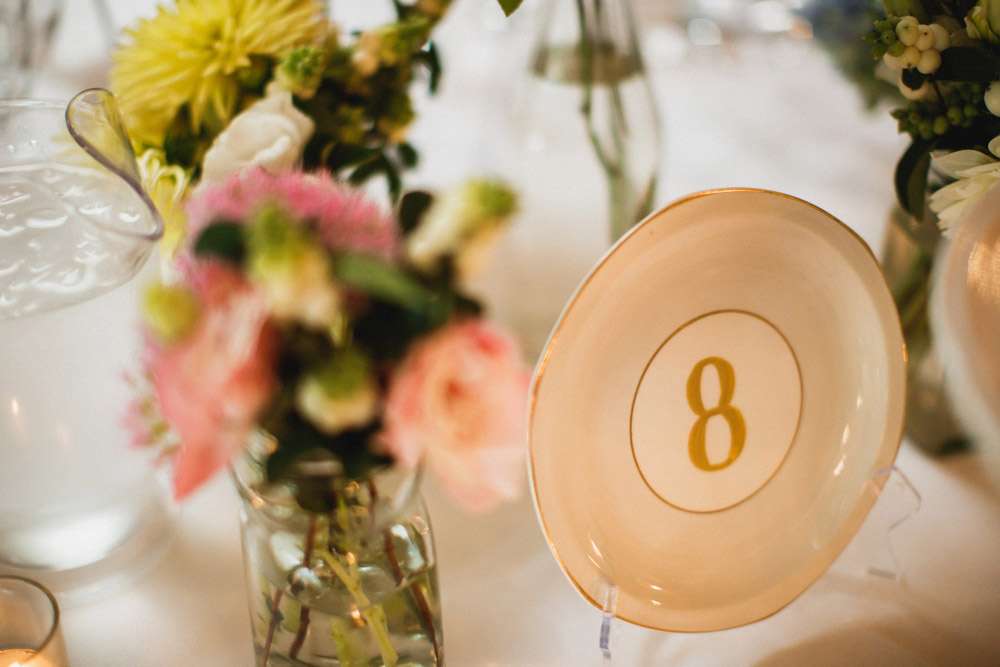 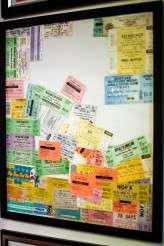 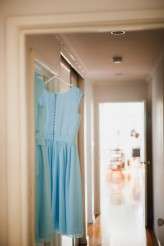 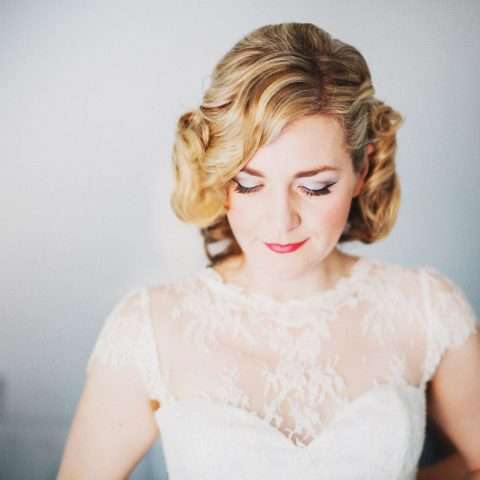 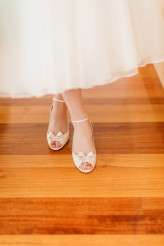 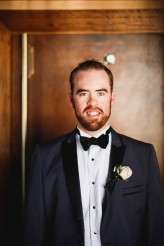 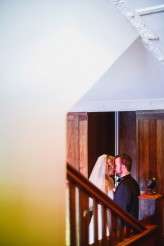 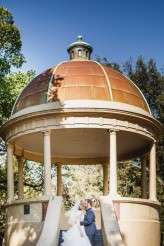 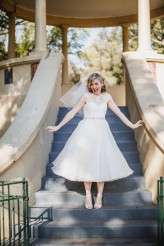 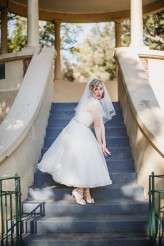 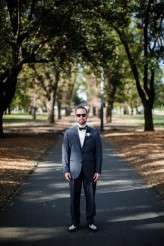 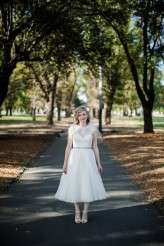 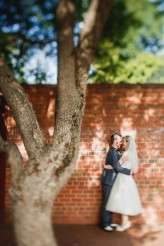 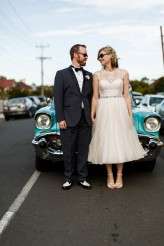 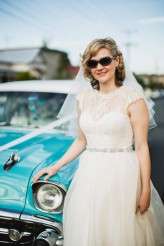 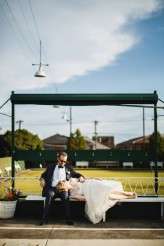 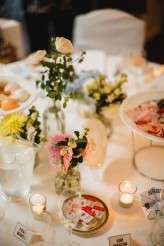 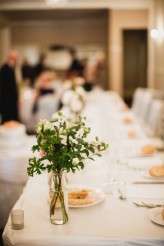 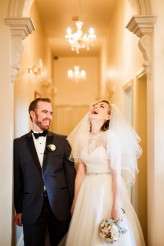 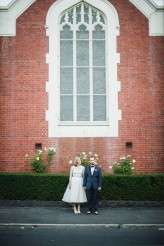 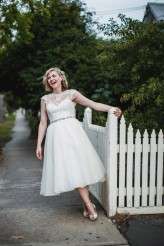 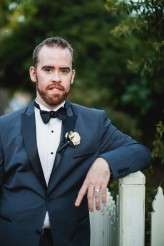