Amanda and Edward’s wedding was 1920s art deco themed with a gothic twist! They had three separate venues so their guests could walk about and experience the beauty of York, but they wanted their reception to be intimate and have a Peaky Blinders family gathering kind of vibe. They had a small room with dimly lit with candles for their 30 guests.

“We love the glamour of the 1920s Art Deco/ Gatsby era,” began Amanda, “We also wanted to included foxes somehow because when both Edward and I travelled separately back from one of our our first dates, we both saw foxes run across the road. Also, when we were on the train in to Birmingham to get our wedding rings from the jewellery quarter, there was a fox running along the side of the tracks. We also talked about the crack fox from The Mighty Boosh before we had even met so foxes are very significant to us. Squirrels are also significant as I fed one right after we got engaged, then again the year after when we had chosen our venue and also the year after that, quiet miraculously, when we were having our wedding photos taken! All captured on camera and in the same place. We wonder if it was the same squirrel who we’ve named The Engagement Squirrel.” 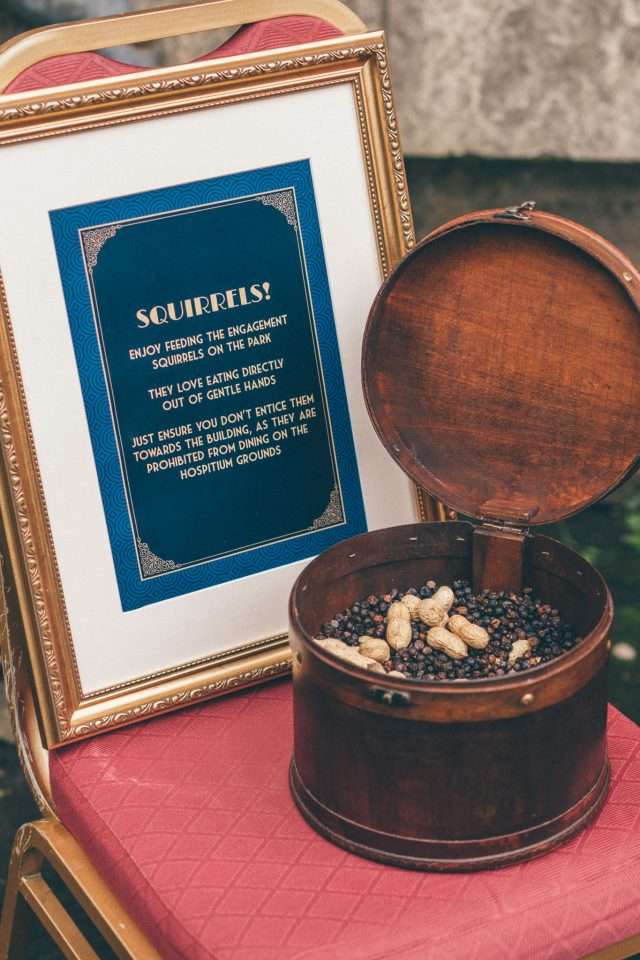 Their ceremony was emotional and relaxed, even though Amanda was 25 minutes late! “I’ve been told it’s the bride’s prerogative to be fashionably late although it certainly wasn’t on my agenda”, she laughed. “My lovely make up artist’s train was very delayed but she caught up very well and was as cool as a cucumber. She kept me very calm and we all looked amazing even though we were against the clock.” 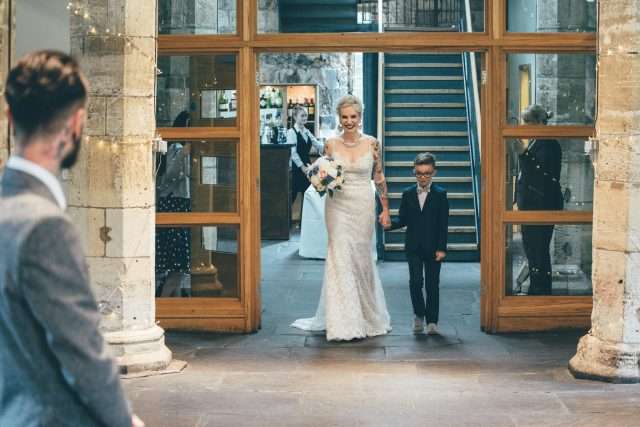 “We were very happy and emotional throughout the ceremony but also there was an air of humour as Edward fluffed a line up and everyone laughed. It was a very relaxed vibe and we couldn’t stop smiling. My nephew who’s only eight gave me away and he was the star of the show. I walked down the aisle to Bjork, All is Full of Love, and we walked out to Tom Waits, Sea of Love. When signing the register, everyone gathered for photos. I made a joke that we were like zoo animals and did an impression of a monkey. This was captured on photos and made for a very disgraceful but hilariously unattractive photo that ended up on Facebook. We had no issue with photos being put up as we wanted the whole day to be relaxed and natural and that includes the not so attractive photos which is part of the day. We also wrote our own vows (or in my case ‘privileges’) which are unique to us. I didn’t want to make any promises or vows as such as I felt it invalidated anything else I’ve ever said and we have a lot of trust in our relationship. Instead I listed the privileges I have by being with him.” 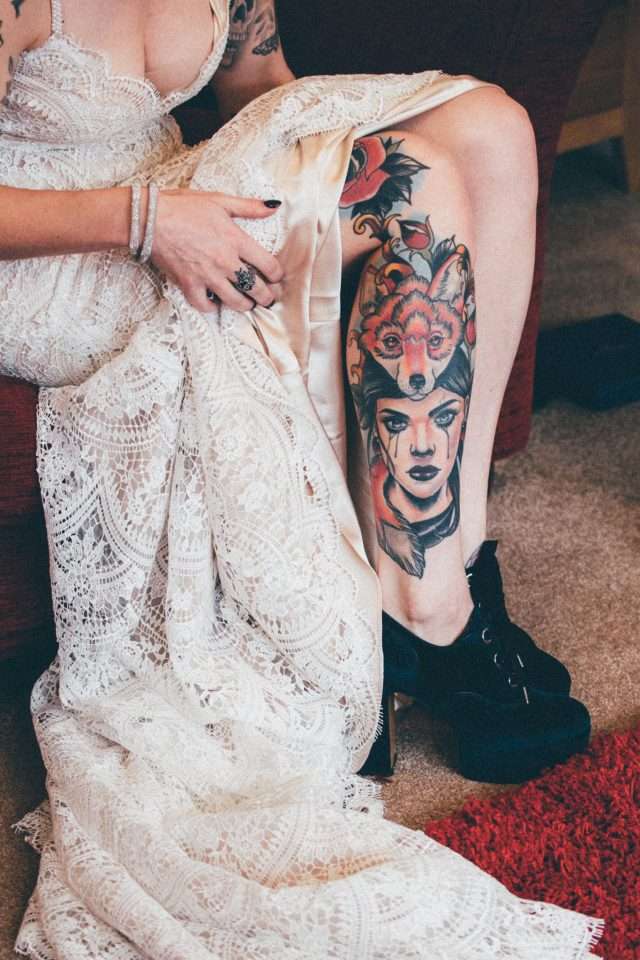 Amanda wore a stunning lace dress by Watters. “Edward loved my dress so much and was stunned as I gave nothing away as to what I would be wearing. He double took me and then couldn’t keep his eyes off me all day. I had intended to get an original 1920s silky vintage dress from London, but we popped into a dress shop on the way and I fell in love with my dress. Everything else after that felt like bin bags in comparison. It was out of my budget but I made cut backs elsewhere.” 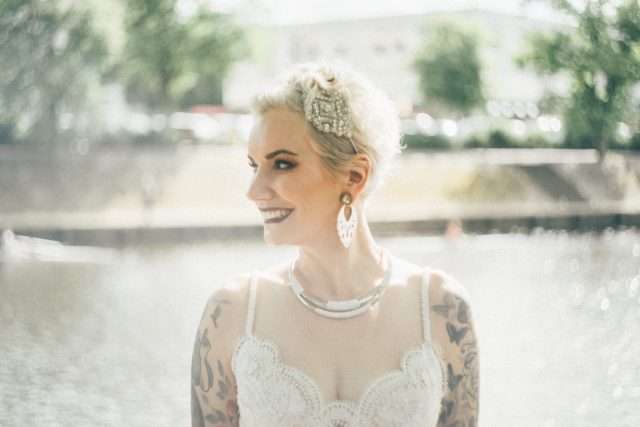 Their reception had a comfortable and relaxed vibe with a fair few heckles during the funny speeches! “Anyone who knows me, knows I can talk, so of course, I had to do a speech and mine ended up being the longest. I did have to push my mum down during my speech as she was desperate to get another word in to add to her speech! Future brides… Do a speech! To hell with tradition!” 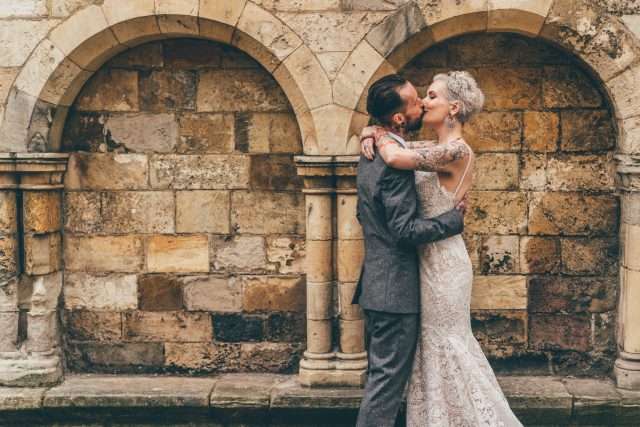 For DIY projects Amanda’s mum made their wedding cake and Amanda made her own flowers, “Luckily a friend I know has done a floristry course and has an account with a big floristry warehouse that had so much choice. I had picked some beautiful and realistic artificial flowers in our colour scheme and made four bouquets plus a large centrepiece all for £190. This included masonry jars to place the flowers into on each of the reception tables as decor once we had walked down the aisle and had some photos taken with them. My bridesmaids have theirs as a keepsake and we have mine and the centrepiece displayed in our home. Not only did we make huge saving on flowers, we now have them to display in our homes forever. My mum made our cake which was a very boozy and yummy fruit cake. It was topped with a porcelain fox and squirrel bride and groom which we have also kept. The cake was huge so we’ve shared it around with people who couldn’t be there.” 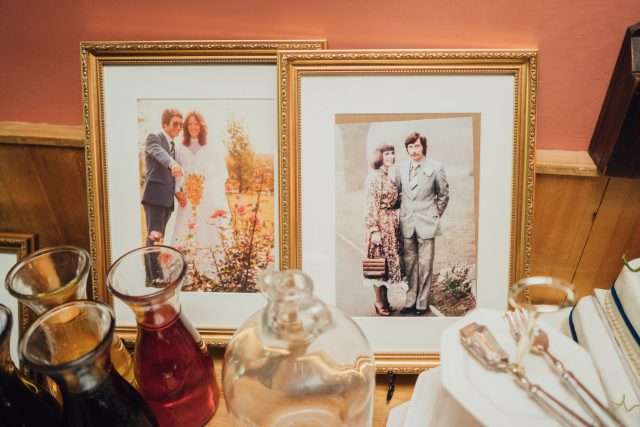 Apart from their ceremony, having their couple photos taken by their photographer, Craig, was their favourite part of the day, “He’s such a great guy and we loved spending time with him. He knew we wanted a relaxed vibe. When we were eating our food, he went and hunted out some good spots for some super cool shots. He came back and when we’d finished eating he took us away to not only take the most amazing photos ever but also it gave us time together to reflect and have a giggle. We laughed so much and this was captured on film. We will treasure those photos forever.” 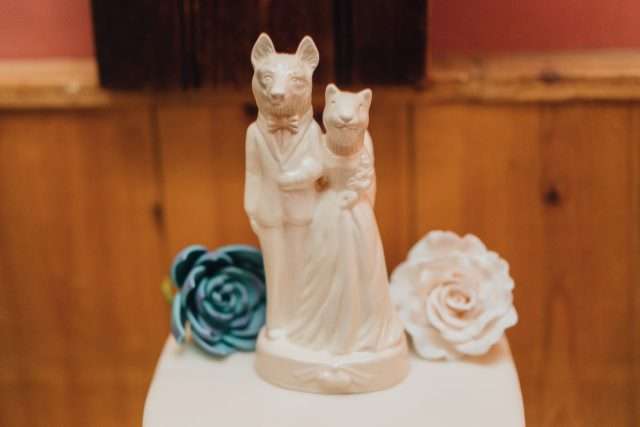 The photography was one of their biggest expenses, alongside their venues, “We wanted to have the best photography so we agreed this was the one thing we wouldn’t try and do on a tight budget. It’s so important to have a good photographer as this is what stays with you the rest of your lives. Craig wasn’t expensive at all for what he does and the amount of time he spent with us but it was the most we spent on a service apart from the ceremony venue and the reception. We were lucky enough to have my Mum buy my dress and Edward’s parents paid for the reception. I did also get a little carried away with my shoes as I wanted something different and chunky but in blue velvet. After much searching I came across these gorgeous Marc Jacobs shoes and just had to have them. I got them a while back so I was a bit gutted when they were reduced in the sale but at least I got them in plenty of time and in my size.” 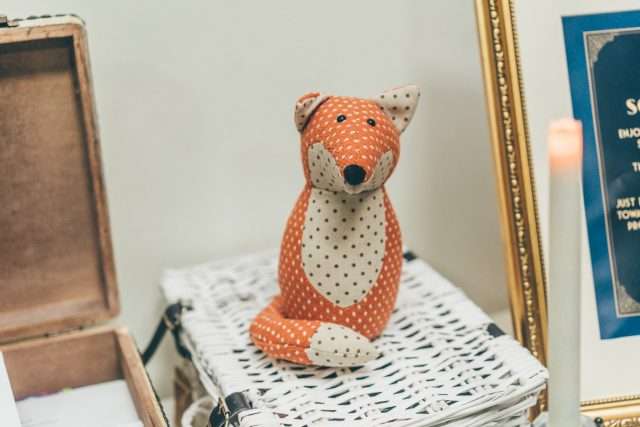 However they saved money by Amanda doing her own flowers, doing the décor themselves and on Amanda’s engagement ring, “We searching the Internet for cool 1920s bits and bobs and we already had ornate frames all around our home so Edward designed little quotes to go into those to use as decor. We do now wish we’d done a bit more hunting around charity shops to save some money on the decor as we started to notice charity shop bargains after we’d purchased most the bits from eBay. You don’t need to spend tons of money to have a stylish and unique wedding. We saved on the invites as Edward designed them and arranged the printing. We also saved on the cake as my Mum made it.” 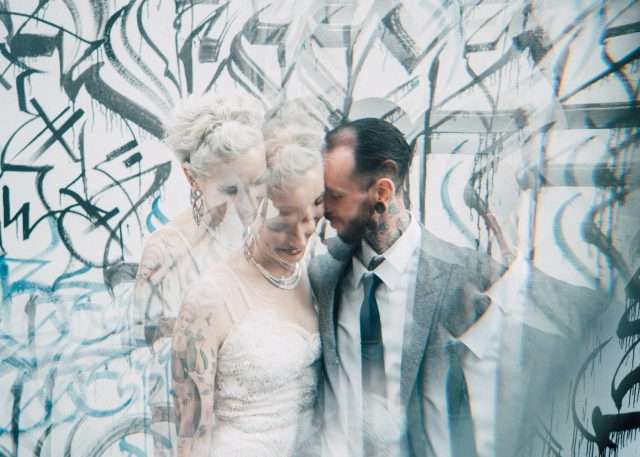 “I love the sentiment behind everyone pulling together and getting creative. We are a creative family and we all love a good bargain/money saving venture. My engagement ring was my Mum’s as I love old jewellery and it means so much more than getting something new. My Dad passed away back in 2009 so having my Mum’s engagement ring means the world to me. We dressed the reception venue the night before with the help of our friends. We even had our own navy cloth napkins to go with our colour scheme – I have a thing about paper ones and I wanted them to feel luxurious. I got them relatively cheap from eBay. Edward was ironing those for me two nights before the wedding – he’s a keeper!” 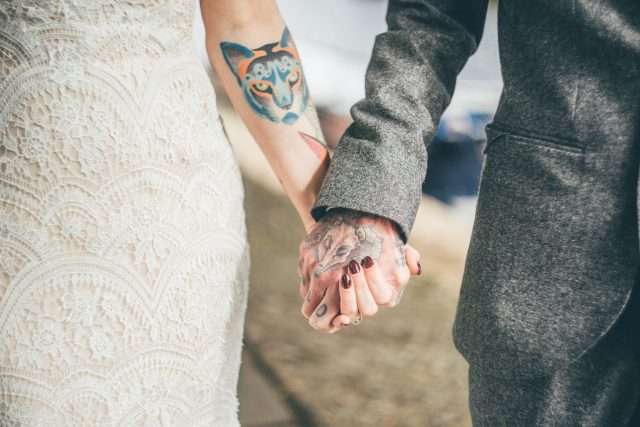 “Our advice for future brides and grooms is you don’t need to spend a fortune for it to be an amazing day. Our guests said it was the best wedding menu ever and it had on it fish and chips, lasagne, all the no frills sort of stuff. It was £25 a head – three massive courses including tea and coffee. Less is most certainly more! Our favours were swapped for jugs of sangria on the reception tables to get the party started – let’s face it, most favours get left on the tables anyway so we thought we’d spend the money on booze instead. Needless to say, many of our guests had bad heads the following day!” 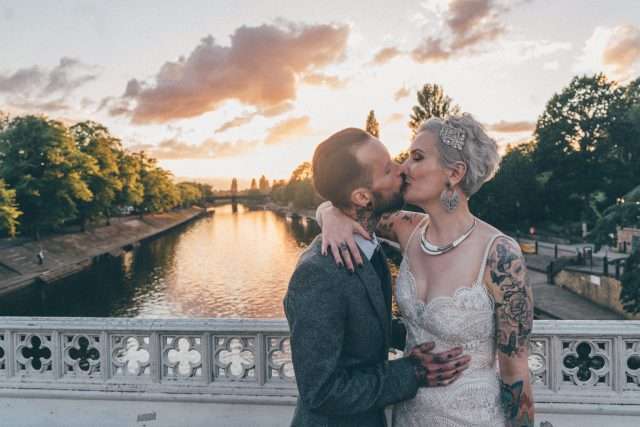 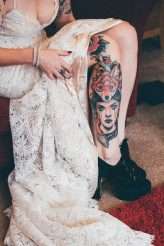 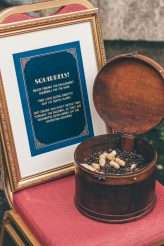 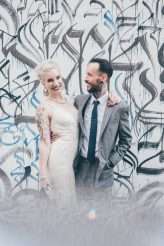