Esther and Todd’s wedding was a 1960s inspired celebration held in New Zealand. Being in nature was also important to both of them so they held their wedding at Port Waikato School Camp, an outdoor education camp established in 1928. The site had everything they needed including a big grassy square flanked by long dormitories (ample accommodation!) a dining hall, selection of cabins, and a stunning outdoor chapel where they held their ceremony.

“The whole wedding had a 1960s mid-century vibe”, began the bride, “with a colour palette of dark green, white and bamboo. We sourced our decor primarily from op-shops , did a lot of DIY and made use of things already at the camp ourselves.” 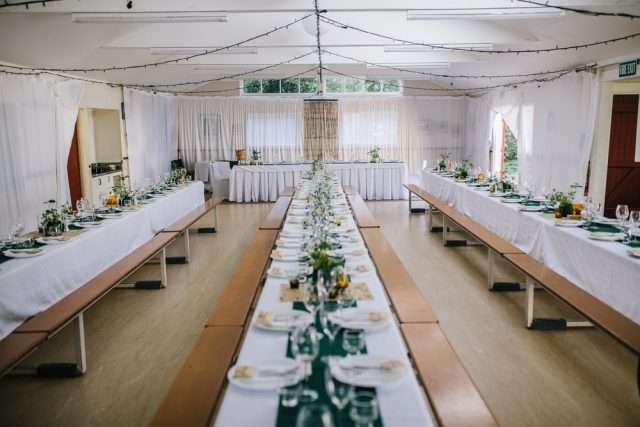 Deciding to have their wedding at a campsite meant their guests could stay with them for the whole weekend, and help them set up and pack down of course! “Having the wedding at a campsite created this amazing community vibe,” she continued, “and it had all the facilities we needed. We had the site for the whole weekend so some guests came down on the Friday to help set up and stayed right through to Sunday morning. It’s super fun having all your best mates away together for a whole weekend and we really appreciated all the help with set up and pack down from everyone.” 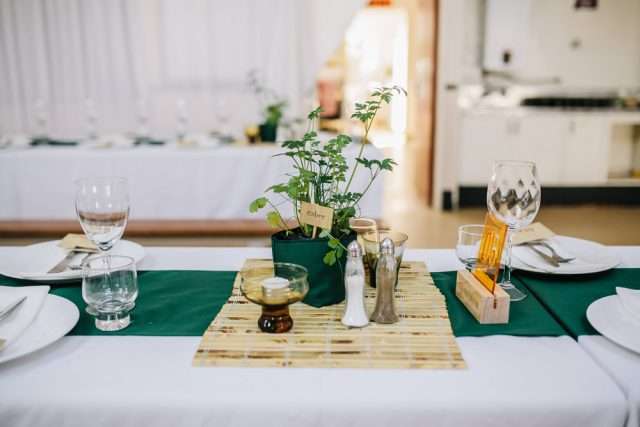 Esther and Todd are both involved in music and met through their shared network of musician friends, so music was an important part of their wedding day ceremony. “We were married by my Uncle Rob, it was lovely to have someone close to us officiate, and we wrote our own vows together, taking time to figure out what things we wanted to promise each other. Being musicians we also wanted our ceremony to have lots of music, and proper performances, not just background music during register signing.” 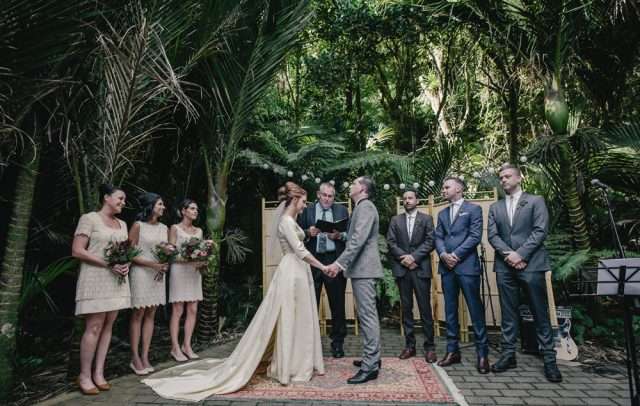 “Our dear friend Abe surprised us with a performance of Love Me Tender, my father had written a song for us and my sister read the lyrics, and three of my girlfriends led the congregation in singing Be My Baby by The Ronettes. We also kept up the 60s thread in the music; Todd and his groomsmen walked into Rumble by Link Wray, myself and the bridesmaids entered to You Send Me by Otis Redding, and we walked out to Reet Petite by Jackie Wilson.” 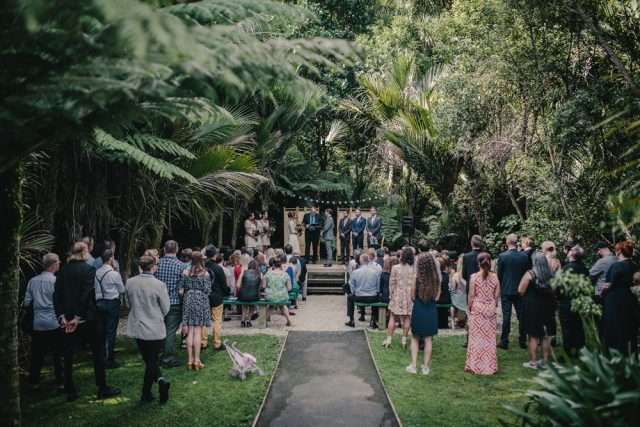 The ceremony was Esther’s favourite part of the day. “The whole day felt like magic moment after magic moment but ultimately, cheesy as it may sound, my favourite moment was the look in Todd’s eyes as I walked down the aisle, and the love and joy and excitement of marrying my best mate.” 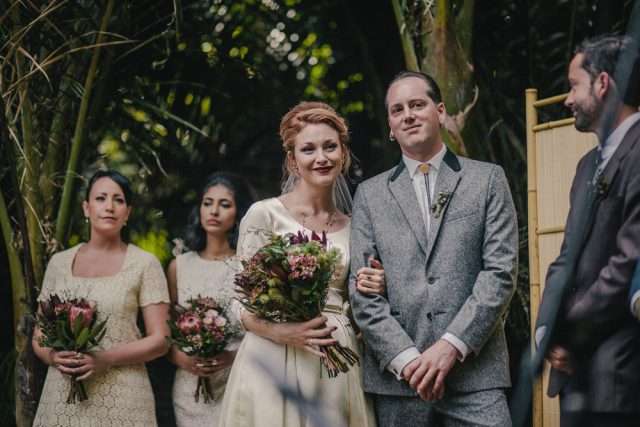 When wedding planning they took their main inspiration from vintage photographs. “We used Pinterest and Rock n Roll Bride for ideas, and found a lot of inspiration from old black and white photos of real 60s and 70s weddings. We also found that just regularly trawling through op-shops (something we do anyway) things would pop out at us, or we’d just pick up cheap pieces that attracted us even though we weren’t sure how we’d end up using them (my wedding dress being the perfect example!) and the picture sort of revealed itself over time.” 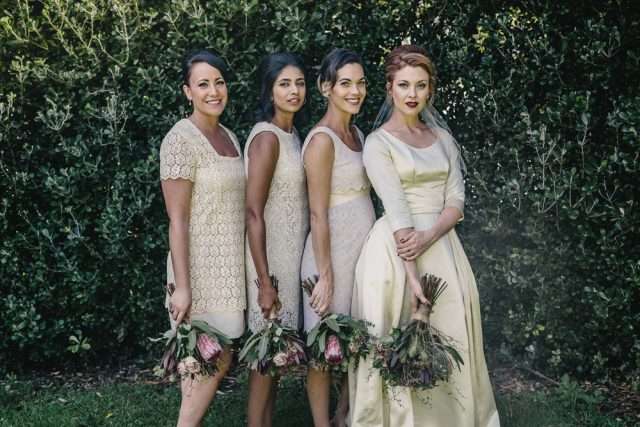 Through a lot of careful budgeting and charity shop thrifting, they were able to have the wedding day they wanted, for way cheaper than they imagined it would be. Almost everything had some kind of DIY component. “Along with all the usual wedding expenses we fed and accommodated 120 guests for about $15K less than the cost of an average wedding in New Zealand!” she said. “We begged, borrowed and budgeted carefully, splurged on things we felt were really important like photography and food, and saved in areas we felt we could cut corners like the attire and decor – all the op-shopping and DIY was a big part of that. It certainly requires a bit more leg work, but you get a real sense of satisfaction.” 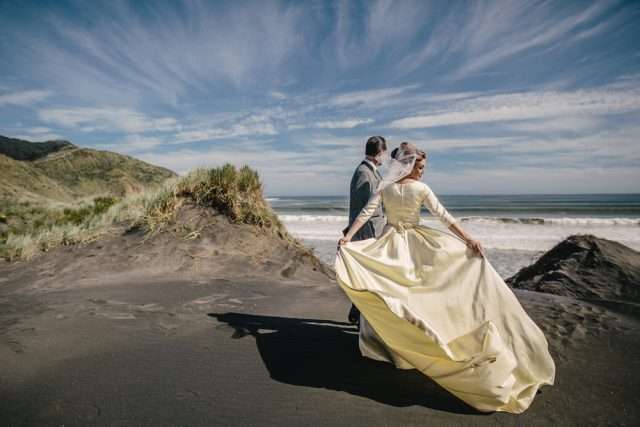 Although they were super thrifty in most areas, they splashed out on food and the photography. “We wanted to serve our reception meal buffet style to ensure our guests could have as much or little as suited them, and cater to all our friends dietary preferences and needs. Together Bespoke Wholefood Catering provided us an almost-entirely vegan, and entirely gluten free menu. For our meat eaters we served a large wild pig we had been gifted, which Todd, his father and grandfather arranged to be spit roasted over the day and served with home made apple sauce. Our biggest expenses were definitely the catering (because we really wanted our guests to be super well fed) and the photography, because it’s true you get what you pay for and this is one area it’s not worth DIY-ing! Andi, our photographer, is a friend and has an uncanny ability to capture faces and the emotions and reactions of people – which is what was so compelling about her wedding work.” 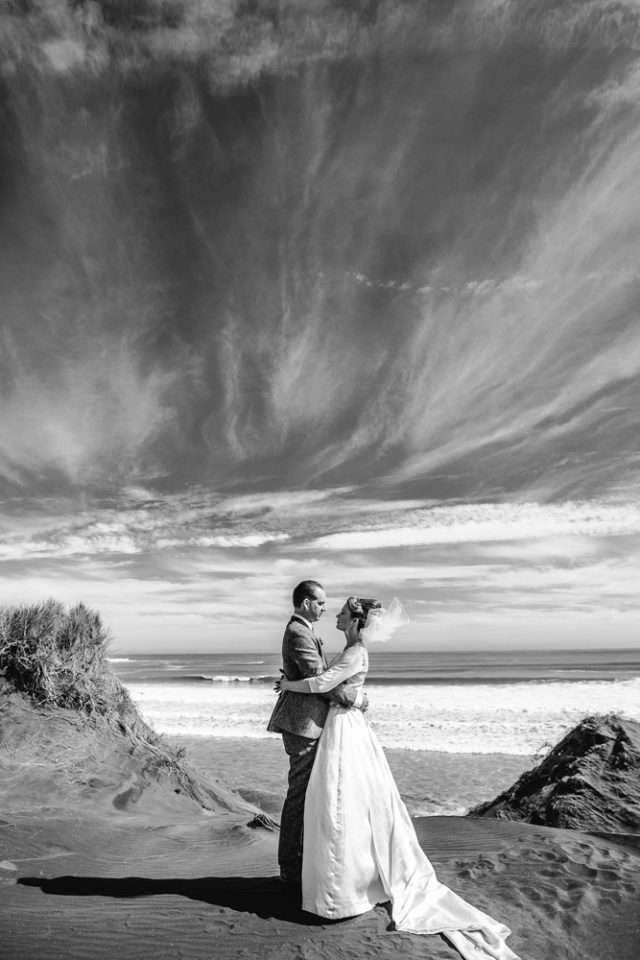 Their biggest saving was on Esther’s dress, “I wore a 1960s butter coloured silk wedding dress I bought from a second hand store in Christchurch for $60. When I found it I knew I’d need to tidy it up a bit if I was going to wear it as it was a little dusty (but beautifully tailored and in great condition). My mother and I soaked it in the bath tub and hung it to dry in the shower box, did some basic alterations, gave it a press and it came up beautifully! I had hoped to find something vintage in a colour other than white, and knew I didn’t want any lace or beading – this one amazingly ticked all the boxes! I am in love with the simplicity of the dress and the massive dramatic train that looked so cool in the wind when we shot some pics at the top of the sand dunes.” 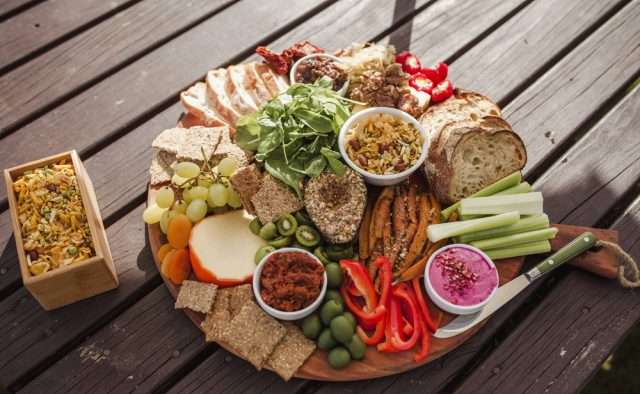 “Later in the evening I changed into a short cream and white sequinned vintage cocktail frock so I could dance. Todd really wanted a vintage suit, but as with all vintage shopping there’s a lot of luck involved and it can be hard to find one that fits just right, so we decided he should have one tailored for him in a vintage style. We joked it’d be one of the few weddings in history where the groom’s outfit cost more that the bride!” 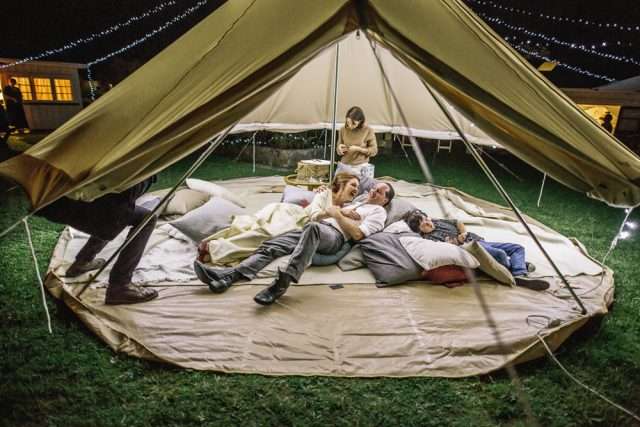 “The best thing about planning our wedding was the feeling when something would just naturally fall into place”, she concluded. “But the worst thing was the feeling when we had absolutely no idea how something was going to fall into place! Moral of the story – be okay with the unknown and not knowing how everything is going to work straight away. It will come together, you will figure it out piece by piece, and your friends and family will make sure your day is magical.” 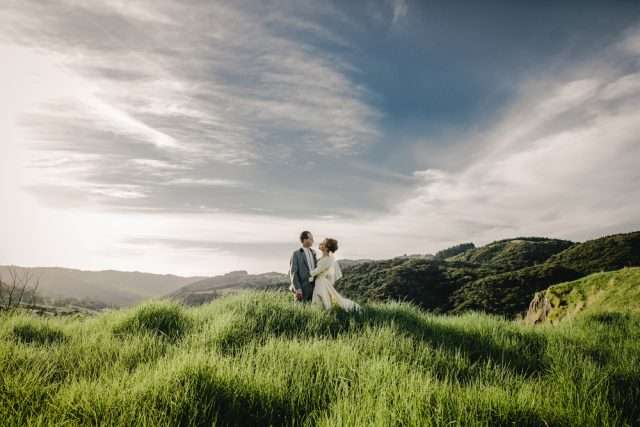 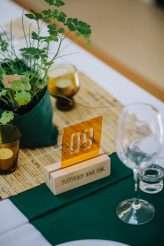 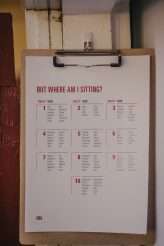 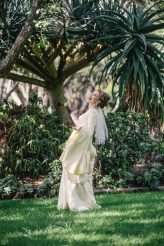 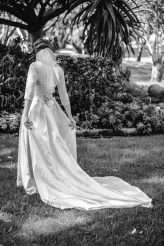 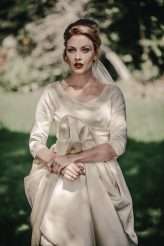 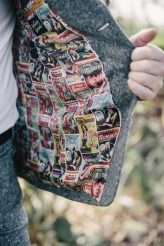 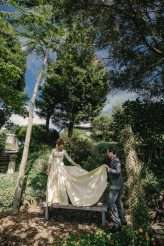 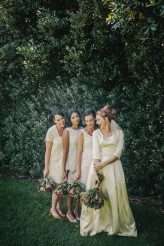 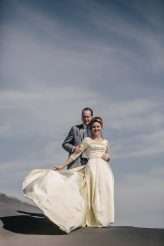 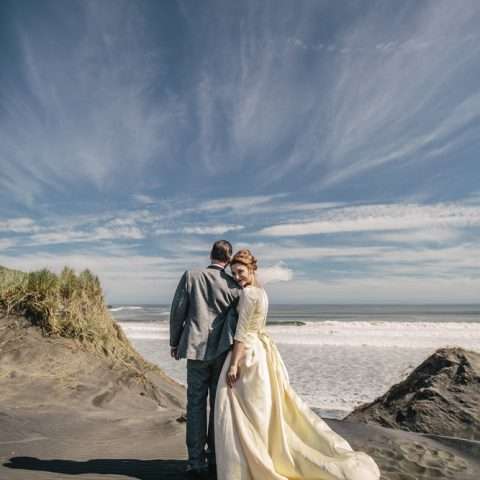 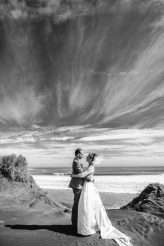 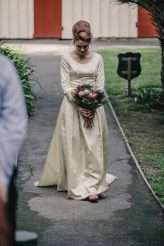 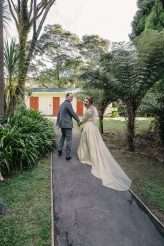 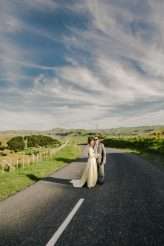 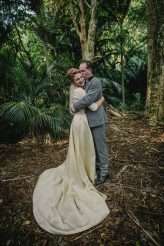 Joe and Kristina spent $300 on their wedding. They didn't want anything big, fancy or extravagant, they just wanted to be married. They said their vows up in Griffith Park Observatory in Los Angeles and afterwards went for drinks and bar food with their friends at Ye Rustic Inn Tavern, where they first met.

DIY with a Touch of Vintage and a Homemade Floral Dress

and music themselves, Emily made her own dress and headpiece (featuring silk ribbon embroidery and lace from her mum's wedding dress from 1982), her mum's dress, the bridesmaids corsages and all the decorations! Tim wore his family tartan which only arrived from his cousin in Edinburgh a few days before!