Kirsty and Ryan wanted their wedding to be bright and colourful with a mix of contemporary and traditional elements. Their wedding date was actually Kirsty’s birthday and their eighth anniversary!

“We wanted a real Derbyshire wedding,” began Kirsty. “We have both travelled a lot and had been living abroad for three years before we came home to get married. We wanted our favourite (vegetarian) foods that we miss when we’re out of the country, the most beautiful views as the backdrop, and all locally sourced companies. All this, plus a slight bit of inspiration from our favourite films, Harry Potter, which included photos at Hardwick Hall (in areas used in the films) and the table plan to resemble the great hall.” 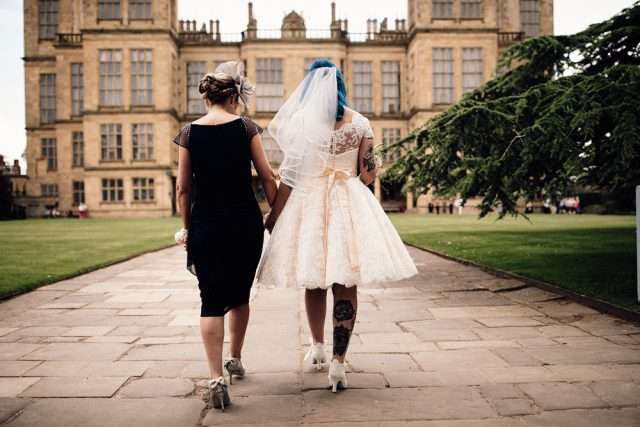 Their ceremony focused on them, their friendships and all their favourite things. “It was all about us, we had some of our favourite songs, including Queen’s You’re My Best Friend for the bridesmaids to walk in to, and readings by our incredible friends who had travelled from as far as Australia to come to the wedding. I thought I would be an emotional wreck, but I was just so excited, I had a massive smile on my face the whole time! Walking down the aisle to the marry my soul mate was the best bit of the whole day. I was so excited to get to see him, after a lovely morning getting ready with my girls.” 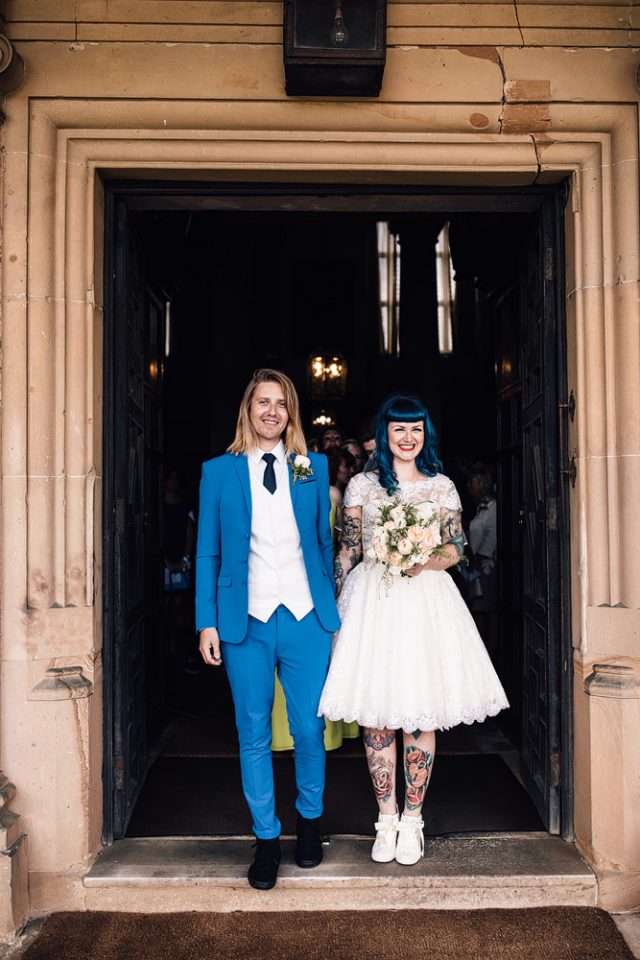 Almost everything for their wedding was DIY. “We had so much fun making almost everything for the wedding”, she explained. “We are lucky to have very creative friends that helped us too. Ryan is a graphic designer and he made the invites himself in a newspaper style. We had lots of fun in the run up to the wedding having cocktail making nights so we could serve bright cocktails to match the bridesmaid dress colours (I didn’t want traditional bridesmaid dresses, I wanted lots of bright colours and styles to suit each of my lovely girls) that was possibly the funniest part of our DIY projects.” 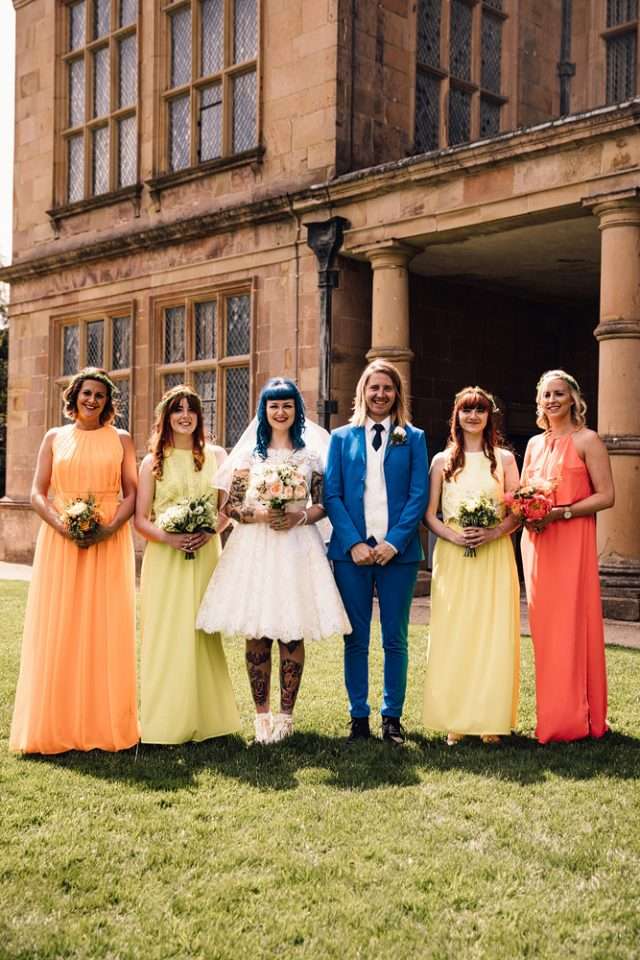 “The hall we used for the reception was a self-set up venue, we used it so we could do everything ourselves, from how we wanted the tables arranged, the decorations, and the timings of everything. This gave such a nice relaxed feeling on the day not having a wedding coordinator there.” 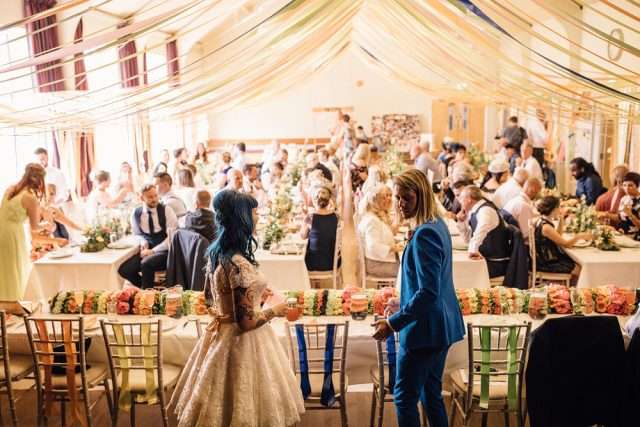 Both having a love for tattoos, they also built a temporary tattoo stand that their junior bridesmaids ran. “We had lots of tattoo flash for our guests to chose from, including ones similar to our own, and ones from our favourite local football team. By the end of the night, guests of every age had new temporary tattoos, it was a lot of fun.” 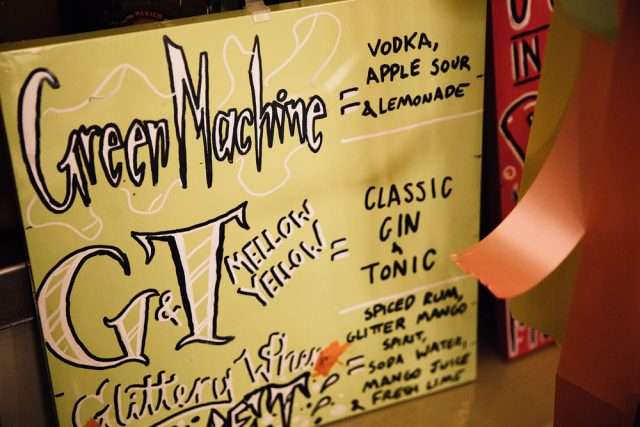 As Kirsty’s cousin and sister are also both florists and so were able to do all the flowers for the wedding. “We gave them a budget of how much we wanted to spend and let them run wild. Neither of us saw any flowers or decorations until the day before the wedding and they couldn’t have been better! My bouquet was full of David Austin roses, while the bridesmaids and top table arrangements were all different colours and flowers. They also helped direct the decoration of the hall, which we draped with colourful ribbons from the ceiling and put flowers and fairy lights on every surface.” 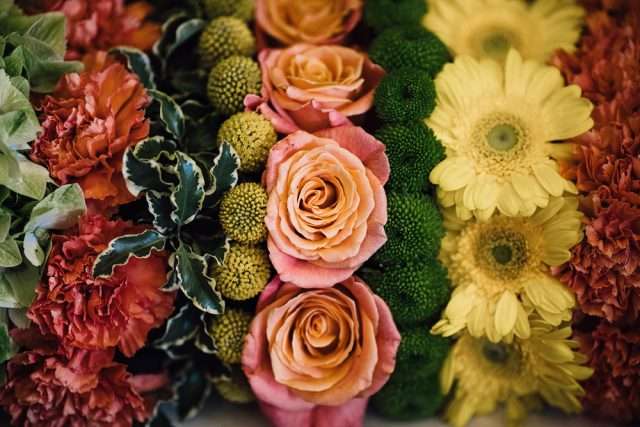 “Our advice for future brides and grooms is to do whatever you want, don’t let other people sway you, it’s your day!” she concluded. “Also, one of the best decisions we made was to have an unplugged wedding. When we sent out the invites and people saw that it was unplugged we knew people thought it was weird and maybe a little rude, but we are so glad that people weren’t taking their own photos or using their phones. We see so many people posting photos and videos of weddings where the guests are hidden behind their phones. We had an amazing photographer so we assured everyone that there would be perfect photos of the day that they could have, and we couldn’t be happier. Not only did we never have to see unflattering photo of ourselves, but our guests could relax and let the photographer and videographer do their jobs.” 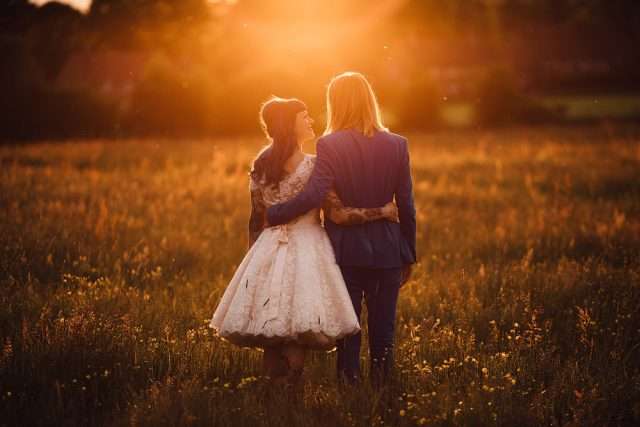 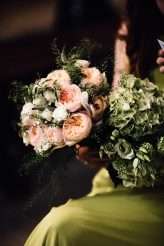 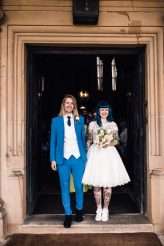 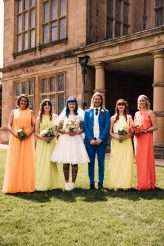 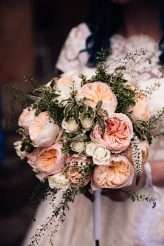 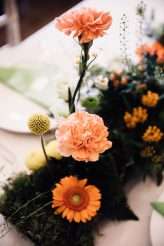 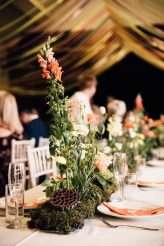