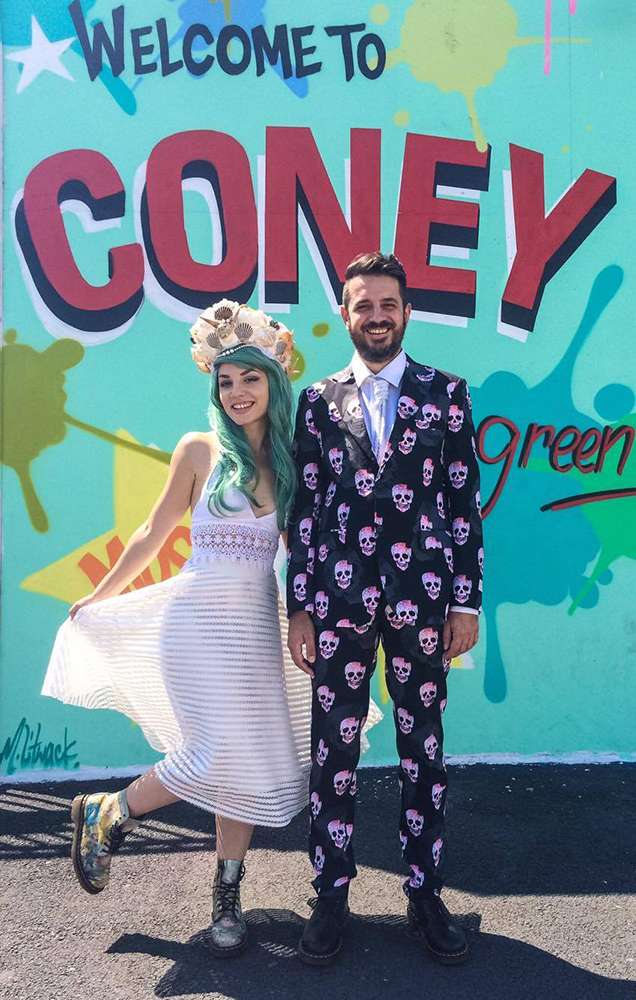 Milica and Aleksandar met in a youth hostel in Belgrade, Serbia, eight years ago. Although they still live there now, they spent last summer in America, mostly in NYC, but also road tripping all over the states. They fell in love with Coney Island and decided to get married there. As they were so far away from home they couldn’t have many guests and instead celebrated with a small group of very close friends. But this also meant they had no big expenses and spent less than $500! They are planning another wedding for next year when they are back in Serbia, so they can celebrate with all their families and friends. 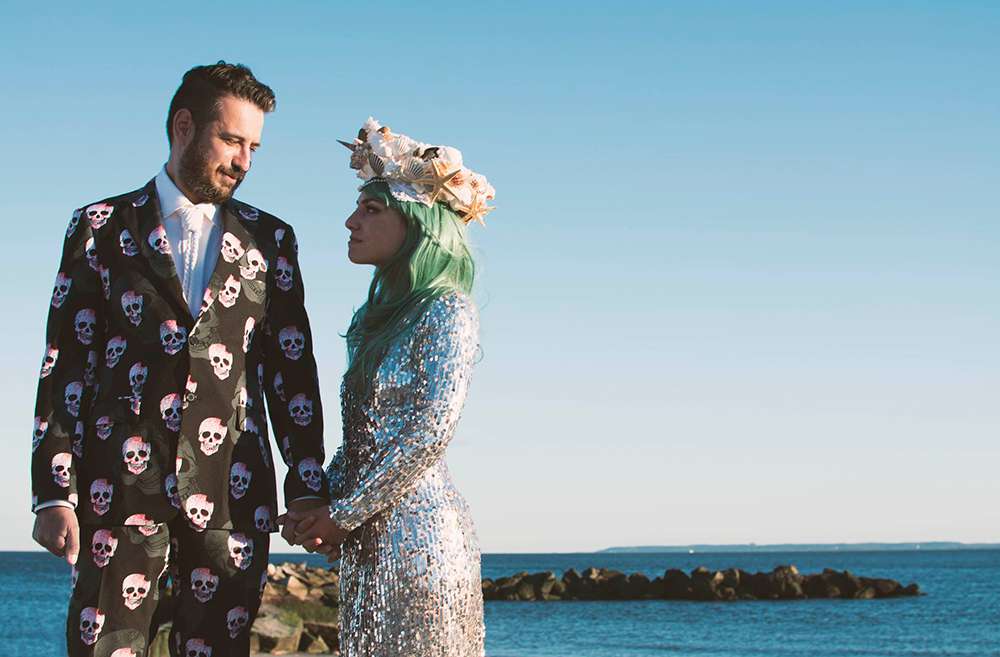 “We fell in love with Coney Island with it’s nice beach, magical vintage amusement park and its vivid history”, explained Aleksandar, ” so we decided to get married there. Then Milica was like ‘If we are getting married on the beach, I wanna be a mermaid’!” 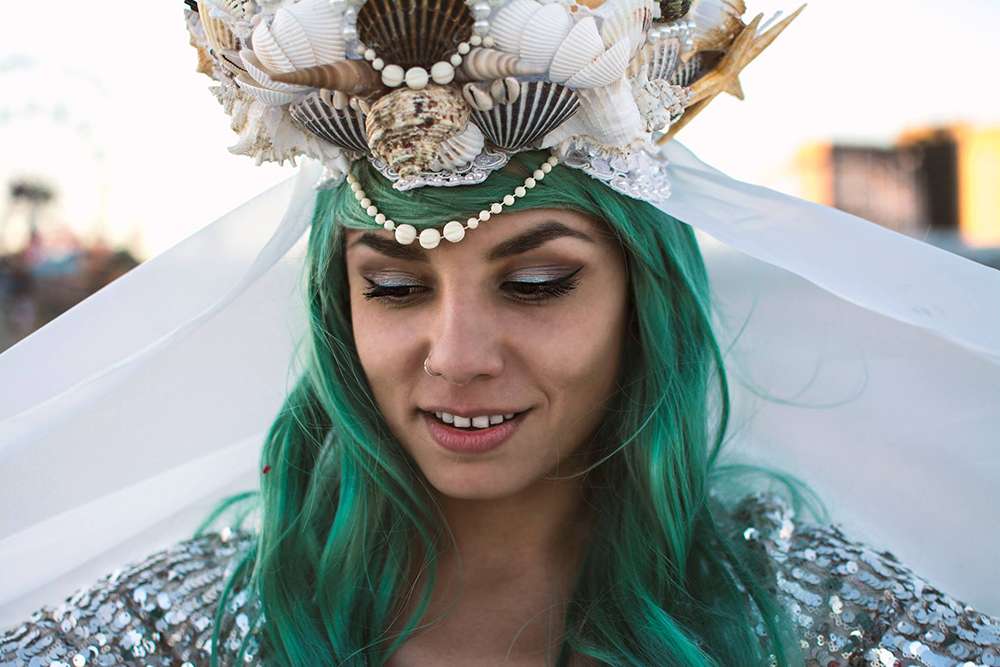 “Coney Island is also famous for it’s annual Mermaid Parade”, Milica continued, “so Aleksandar wore an skull tuxedo to look like a sea pirate who tried to get dressed nicely for his wedding! It also paid homage to his Rock n Roll background. I made his ‘tie’ which was symbolic of many people’s ‘friendly advice’ about what marriage really looks like! I also made my mermaid crown from shells and beads I collected on east side beaches and thrift stores.” 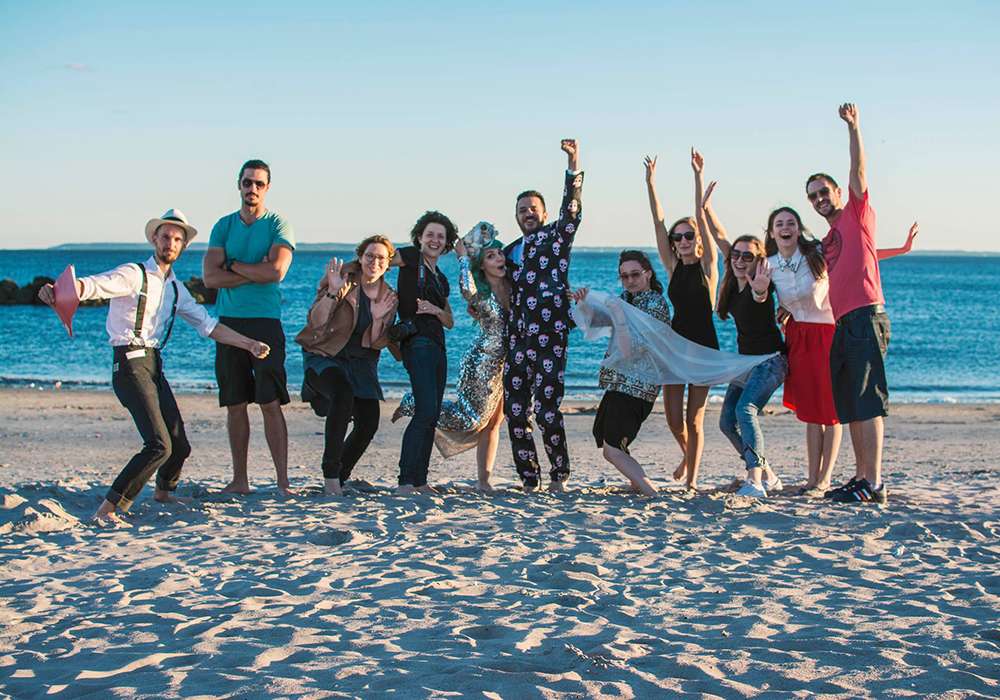 The couple had their ceremony on the beach, with a close friend officiating, “When we were thinking about who should be the officiant we knew we didn’t want some priest or registrar to do it. We wanted someone who knows us and who is happy for us, and we didn’t think too long before asking our good friend Nenad Stanojlovic. Luckily, unlike in Serbia, it is easy to become an officiant in the US!” 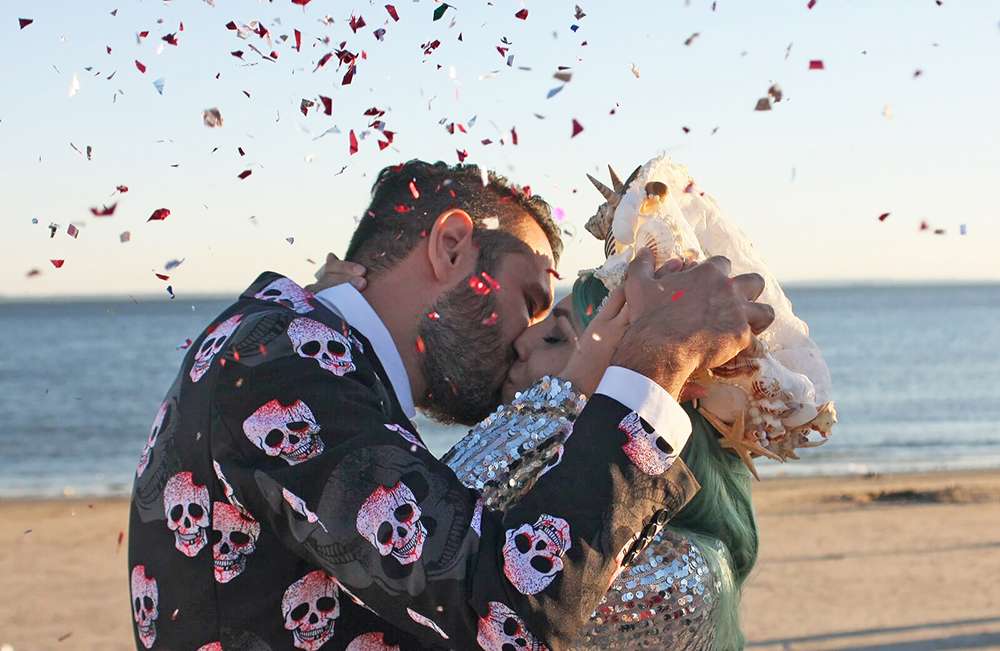 “When we were all gathered on the beach, Nenad read the words of legendary Serbian poet Dusko Radovic about marriage. These words are usually read at weddings in Serbia and it made a connection between our home country and beautiful Coney Island at that moment. After we both said ‘yes’, we did a sand ritual. As we didn’t receive our wedding bands from Etsy before the ceremony, instead of exchanging rings, we both took a handful of sand from where the other one stood barefoot while saying ‘Yes’ and merged them together in a jar. Later we got our rings as well, but the jar remains an important souvenir in our living room today.” 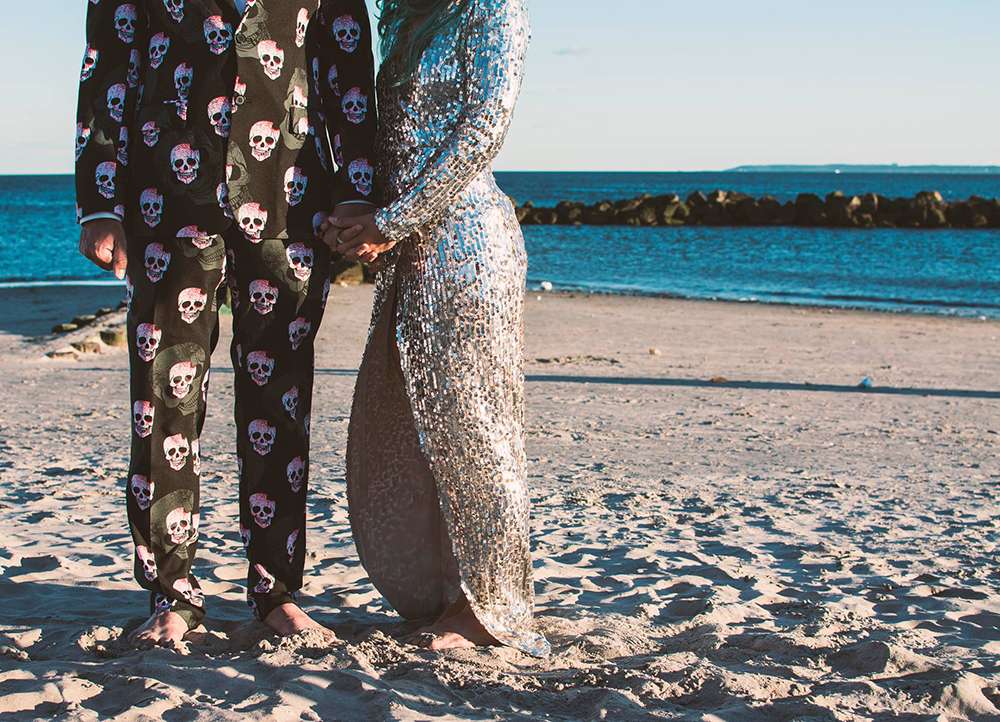 “At the end of our ceremony our good friend Ana Curcin sang Home by Edward Sharpe and the Magnetic Zeros for us. This song is our personal anthem, since we travel a lot and think ‘home is wherever I’m with you’. Then we went to have a party! Our favourite part of the wedding was seeing our barefoot friends’ faces in front of us and realising how happy we all were.”

“Since our wedding was so small and all DIY we didn’t have a ‘real’ cake and caterers. Instead we all went to Coney Island Brewery after the ceremony, ate at the legendary Nathan’s and then enjoyed some sweets from Williams Candy Shop.” 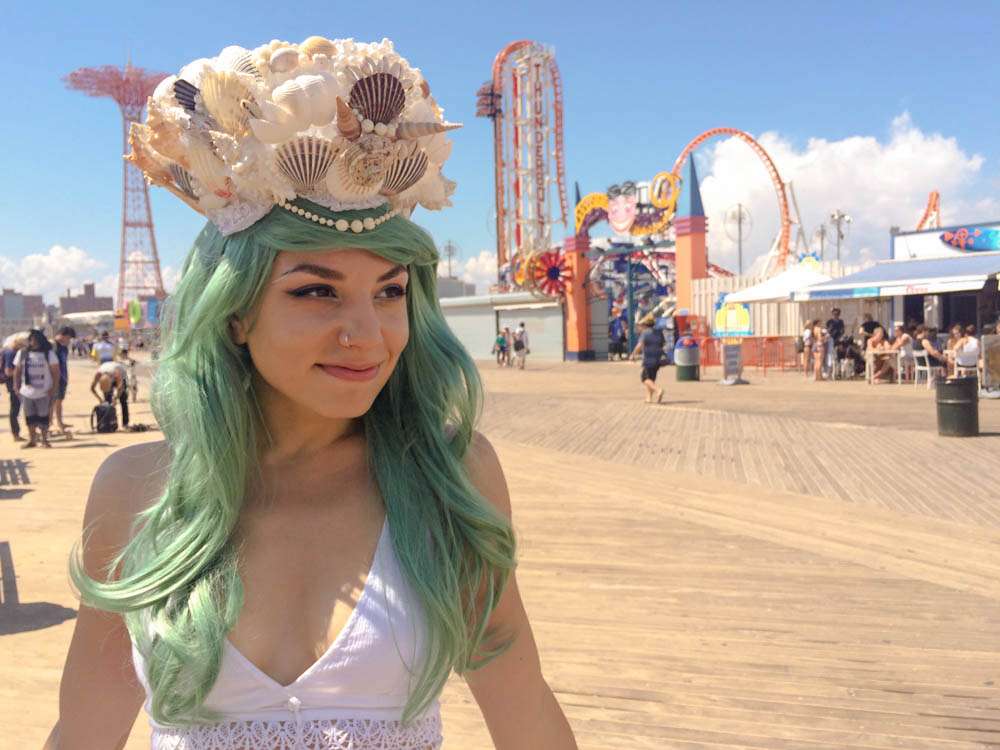 “Our advice for future brides and grooms is that even though you love your families and friends, don’t forget that wedding day is YOUR DAY and don’t make too many compromises. When we were planning our wedding we didn’t follow any rules. We made our own rules from scratch.” 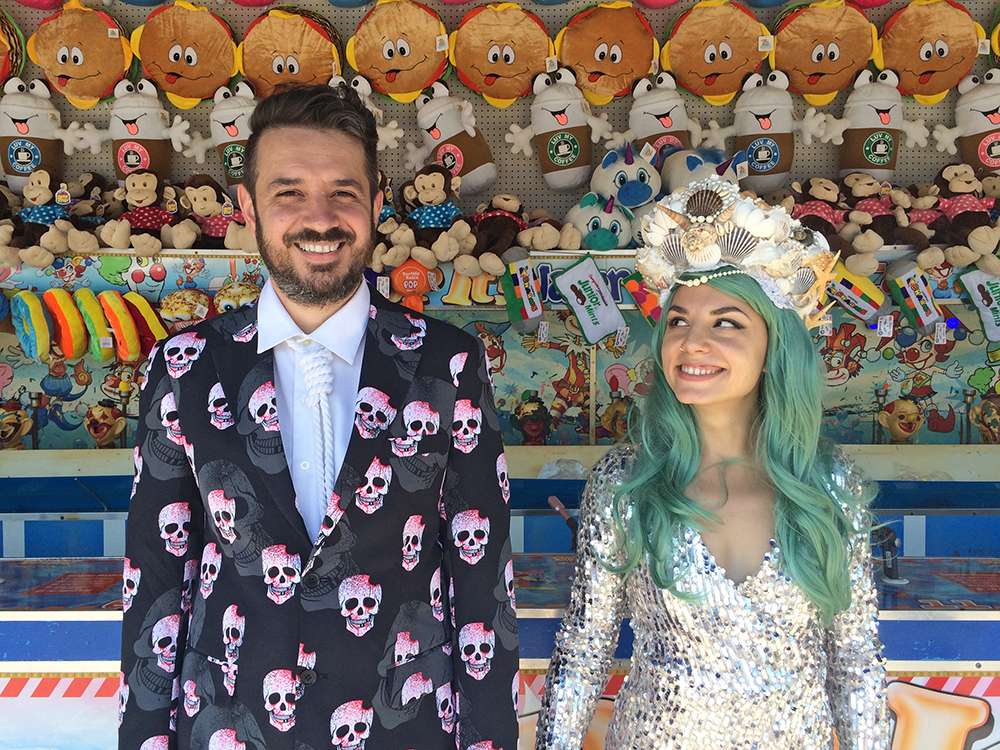 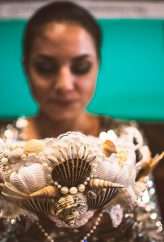 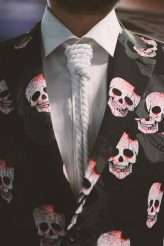 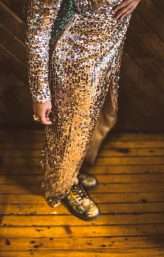 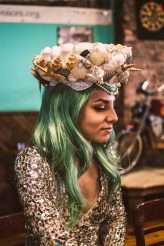 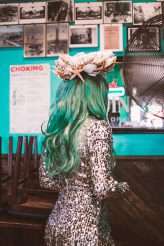 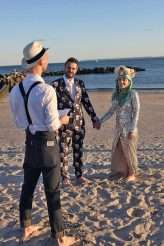 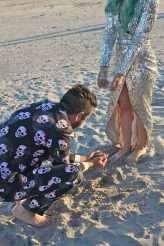 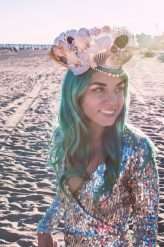 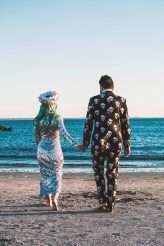 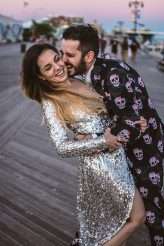 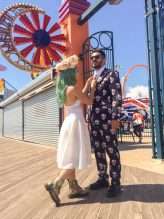 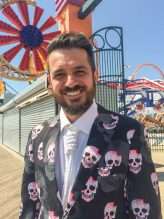 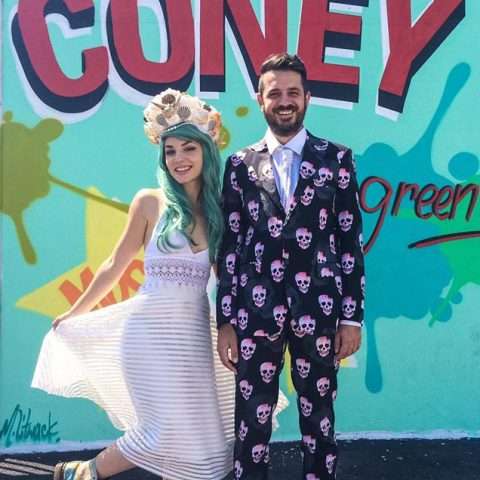 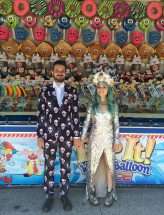 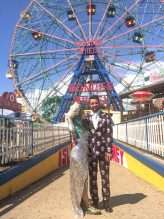 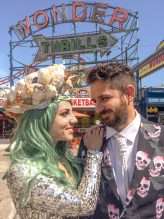 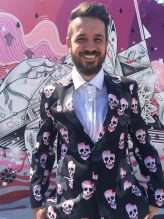 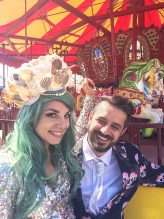