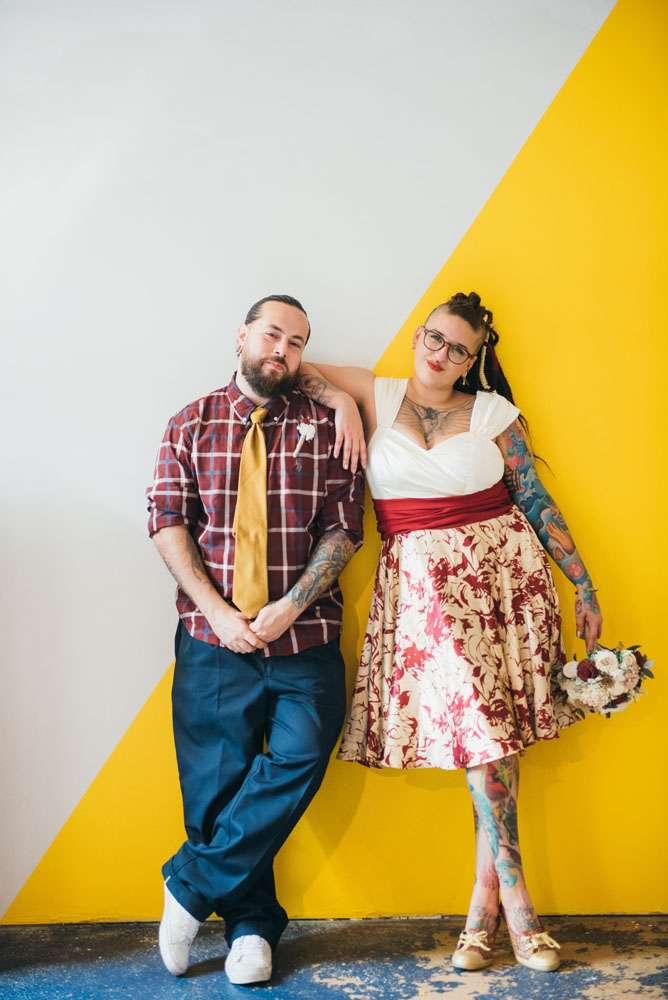 Alysha and Ryan wanted to have a local wedding to and share some of their favourite local places with their guests. They decided their theme should be ‘wedding adventure’ and wanted their wedding to be affordable and inspired by themselves.

“We really enjoyed the term Local Destination Wedding!”, said Alysha. “We got to share some of our favourite spots with friends and family who may not have gotten to otherwise. This was a year of weddings for us and we were last in line so we thought a change of pace would be welcomed, and that’s how we came to the Wedding Adventure idea too!” 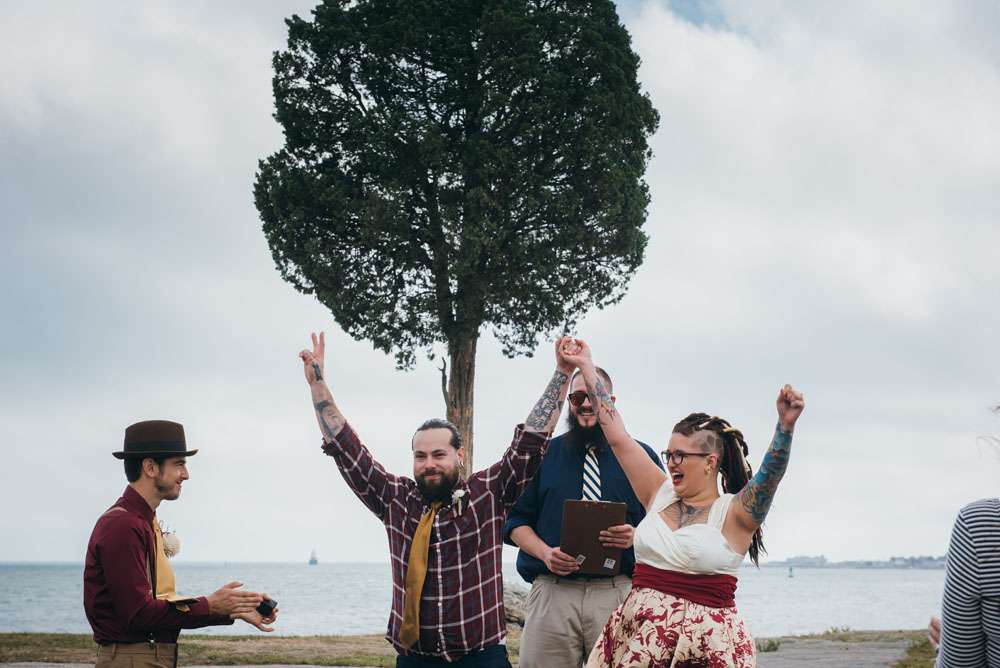 “Our wedding ceremony held at the Fort Phoenix State Reservation, the same place where Ryan proposed. it was short, light-hearted and peppered with jokes. We felt like we took our vows to each other years ago so we wanted to be able to see this as a celebration of our two personalities. Tears were shed, laughs were had and all was perfect!” 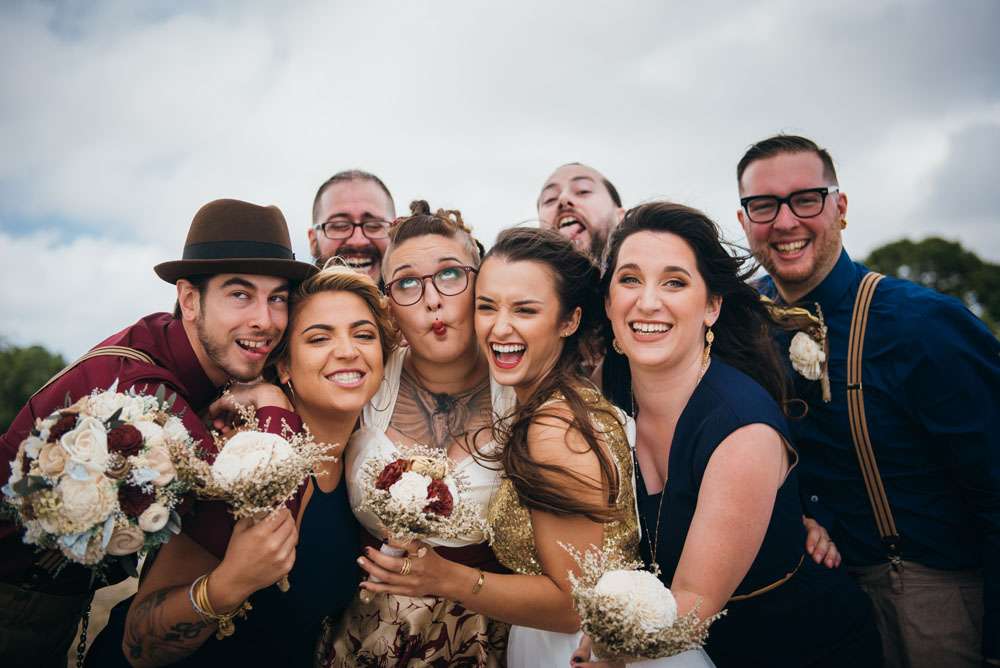 “For our reception we started off at DnB Burgers in historic downtown New Bedford. We’ve have been coming here since they opened about two years ago. They grind their own burgers, make their own ketchup, cure their own bacon and much more. They even bought back a retired burger for us: the Live Long and Prosper. Next we went to Round One Arcade in a local mall and played arcade games, bowling, billiards and karaoke galore! We love going there together or with friends and it felt like the perfect place to host our guests after lunch! Instead of a first dance we had a ‘first fight’ as we both play fighting games!” 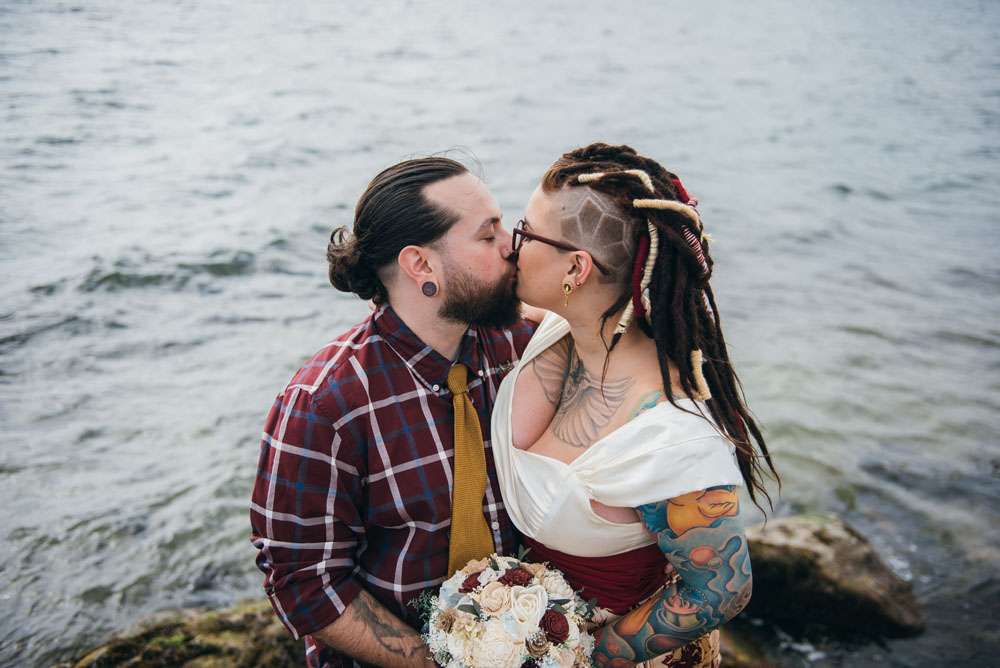 “Our favourite part of the wedding was being able to fully express who we are as a couple and breaking the traditional rules for how a wedding should be. We’re so happy we didn’t sacrifice a single bit of ourselves when it came to our wedding.” 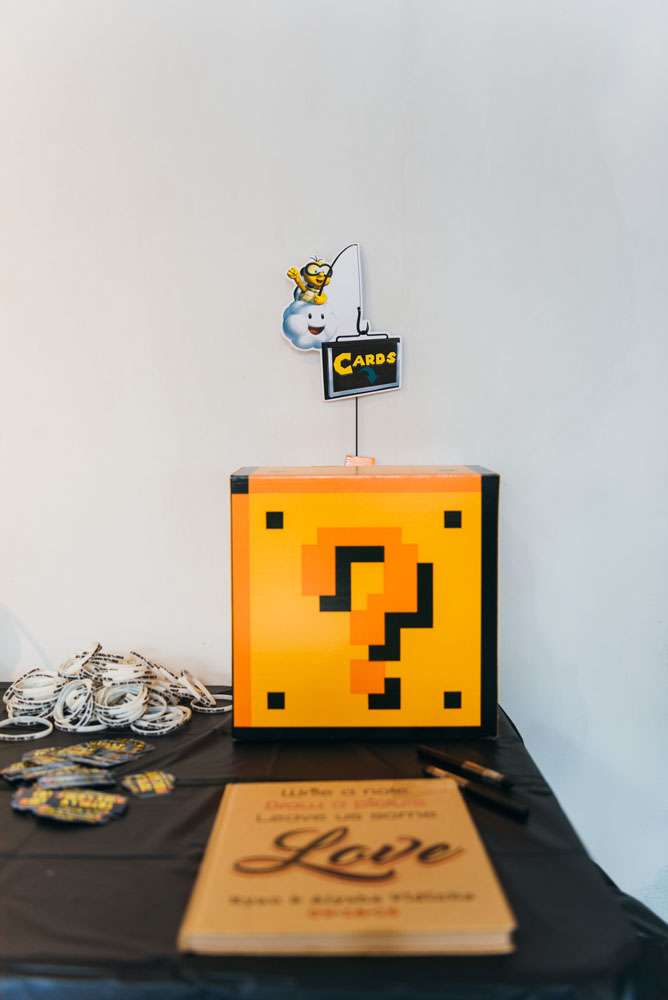 “Our biggest expense was the photography; we knew this would be a big one, but it was so important we didn’t even mind! We actually got the deal of a lifetime with Karina as normally we could never afford her but we saw a blog post saying she wanted to photograph a wedding that was more on the quirky side for a discounted rate. We were so lucky!” 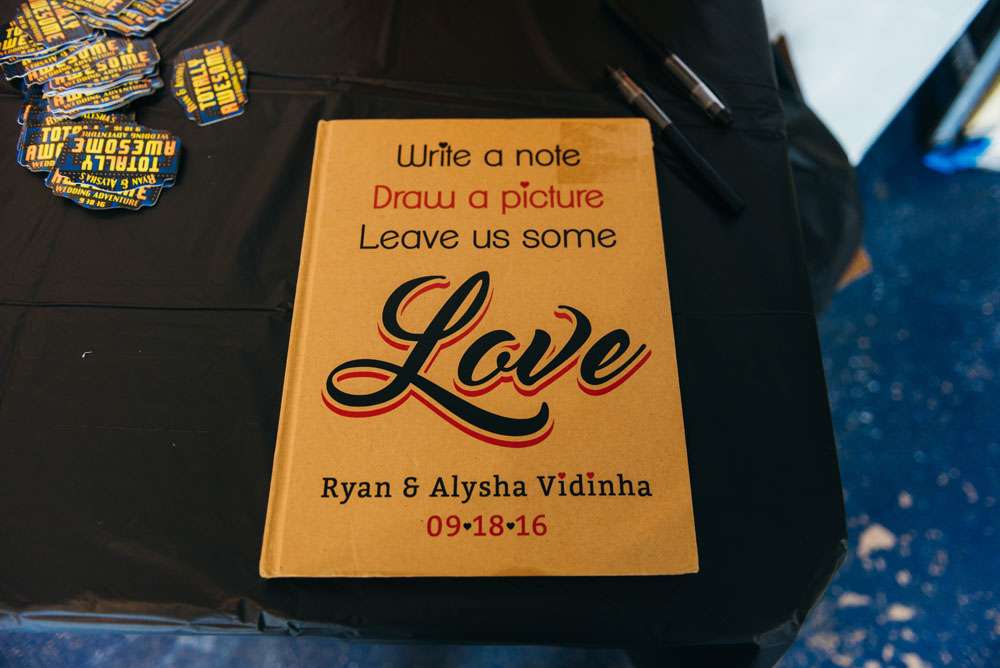 “We saved money by having our guests responsible for their own meals at the restaurant. It took off a huge amount of financial stress and made it all feel a little more casual. It also gave our guests the freedom to order whatever they wanted and allowed us to not stress over the headcount or waste money on food for anyone who didn’t come. ” 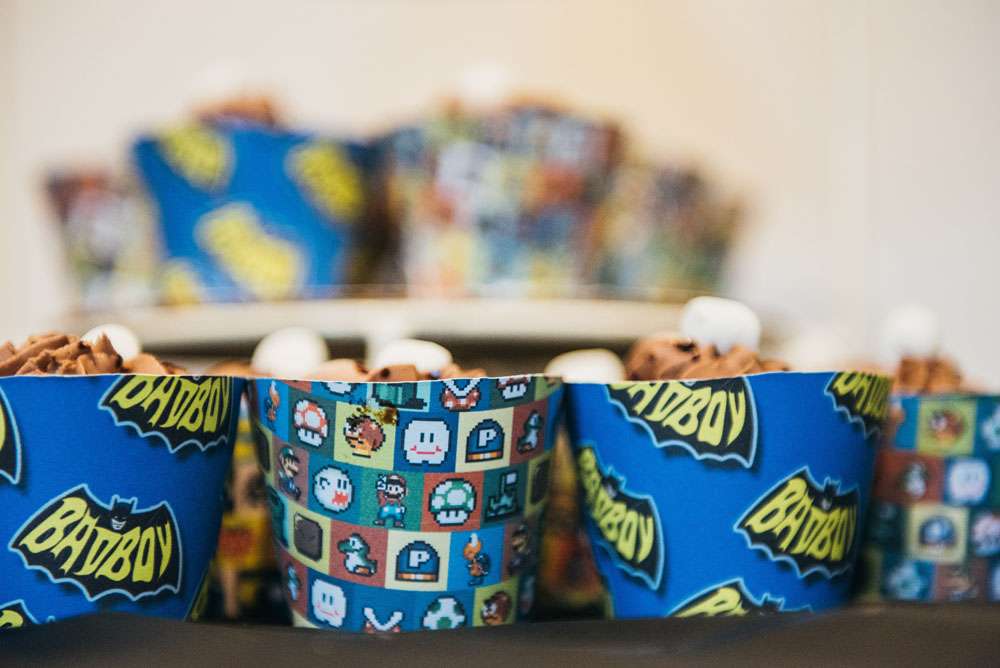 “The best thing about planning our wedding was doing things the way we wanted to and really seeing our day as an honest reflection of who we are. The day wasn’t over-planned, we skipped a lot of the formalities but that allowed us to fully enjoy the experience with all of our friends and family. The only things we would have done differently is we would have brought a better speaker for the music and eaten more cupcakes!” 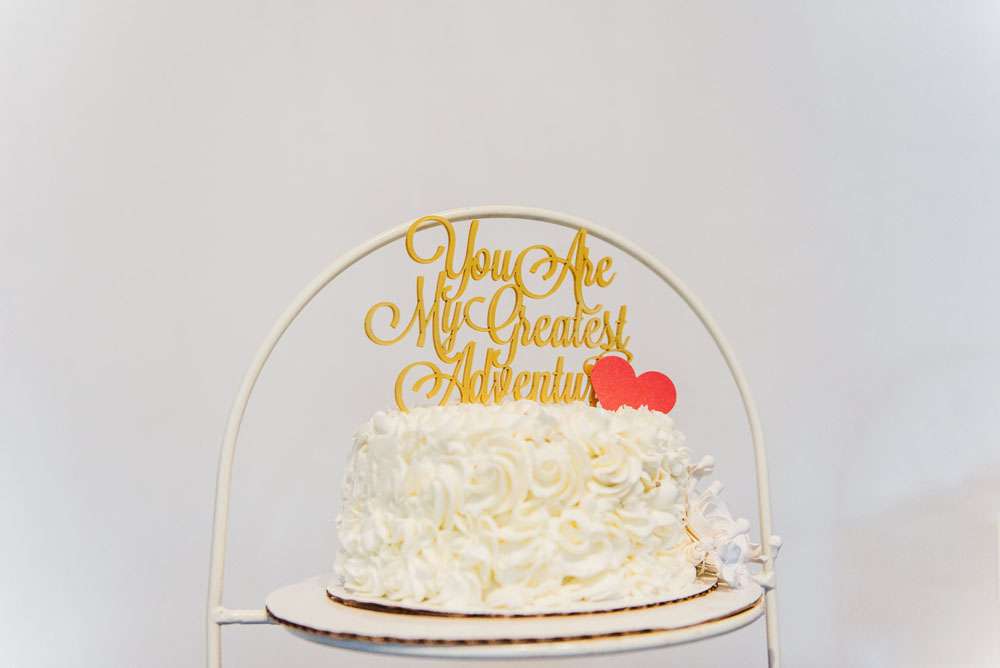 “Our advice for future brides and grooms is to embrace yourselves and who you are as a couple. What we did isn’t for everyone and what you do may not be either, but at the end of the day, this day should be how you want to remember it!” 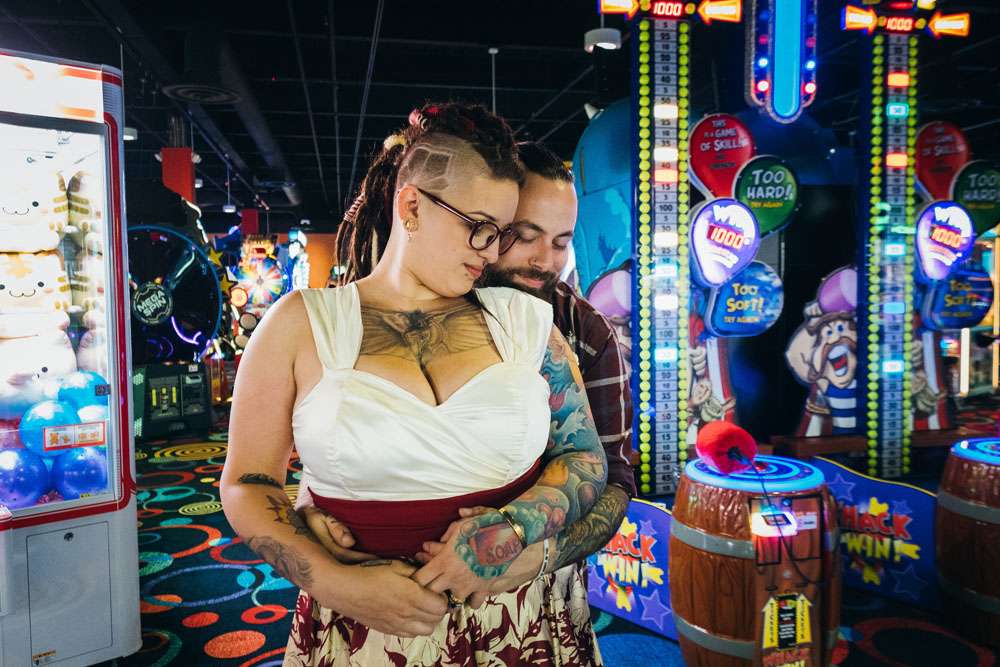 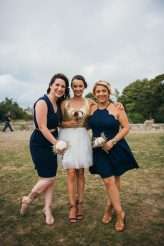 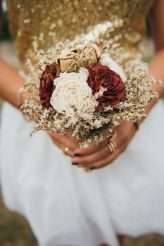 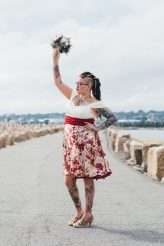 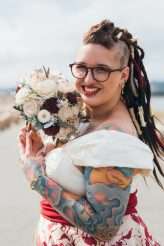 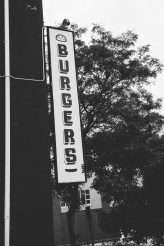 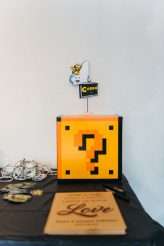 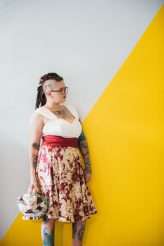 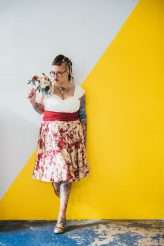 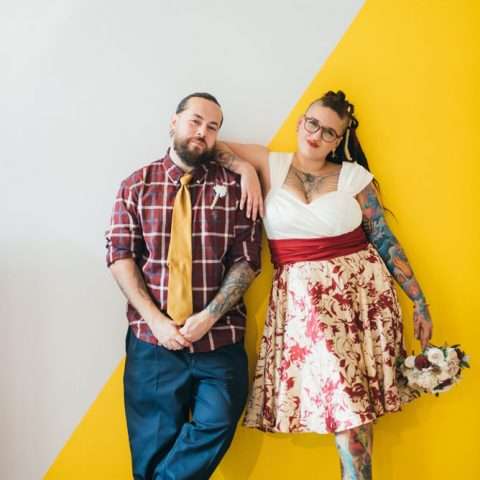 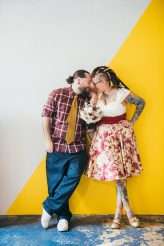 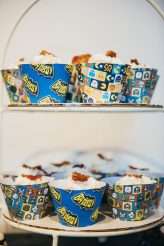 Kat and Halo both have pretty unconventional looks, so their wedding was going to be anything but boring! They brought lots of geeky elements into their May wedding.