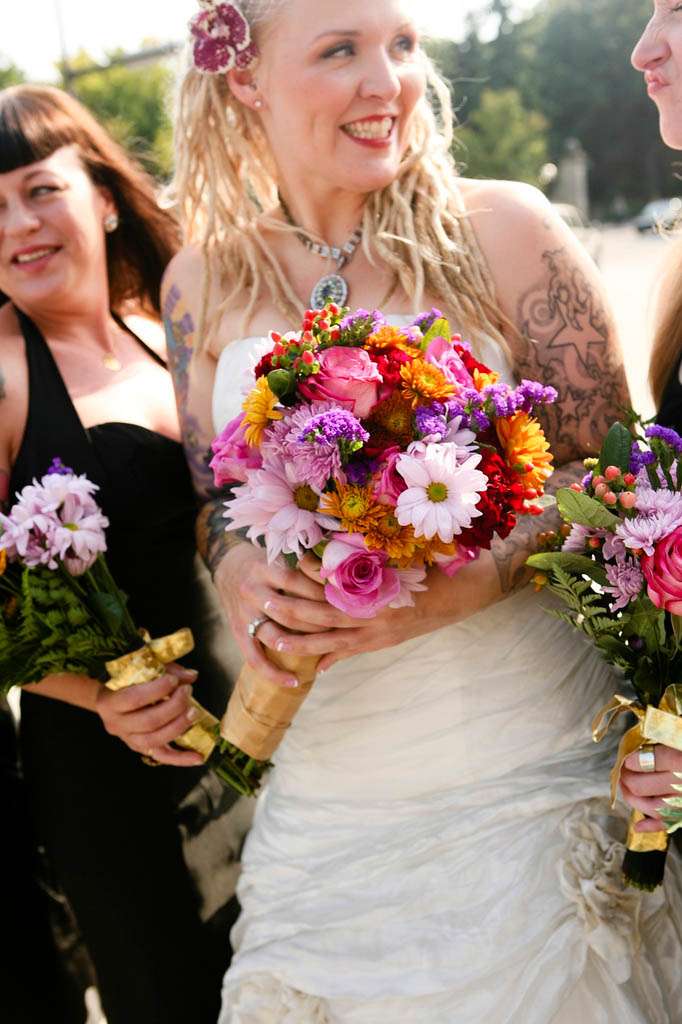 Here is a fabulously Rock ‘n Roll DIY wedding from back in March…I just can’t help but adore all these tattooed Brides!

The Bride designed and printed all of the invitations, programs, thank you cards & the reception programs herself.  The flowers were bought at a farmers market the day before and only cost $125 for everybody’s… (that’s like £75!)

The favours were made by the Groom’s mother – she ended up making over 600 individual caramels which were put into little bags that were bought at a local paper store ($15 for 500), with temporary tattoos tied on with a variety of red, gold and black ribbon.  The couple actually made the tattoos and had them printed online (temporarytattoos.com) 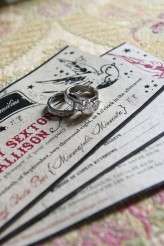 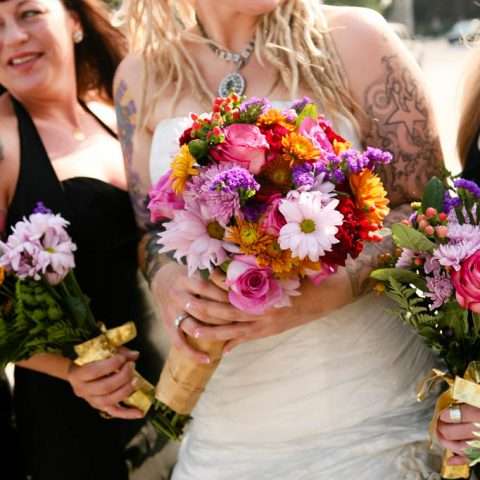 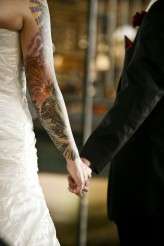 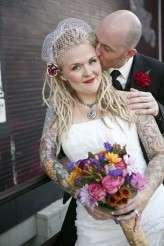 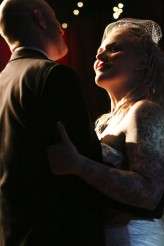 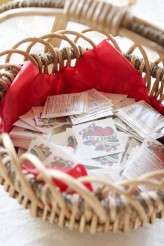 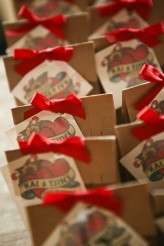 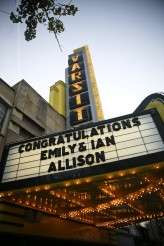 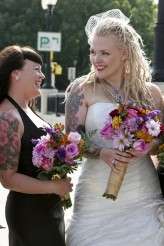 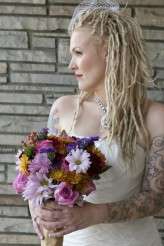 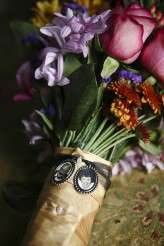