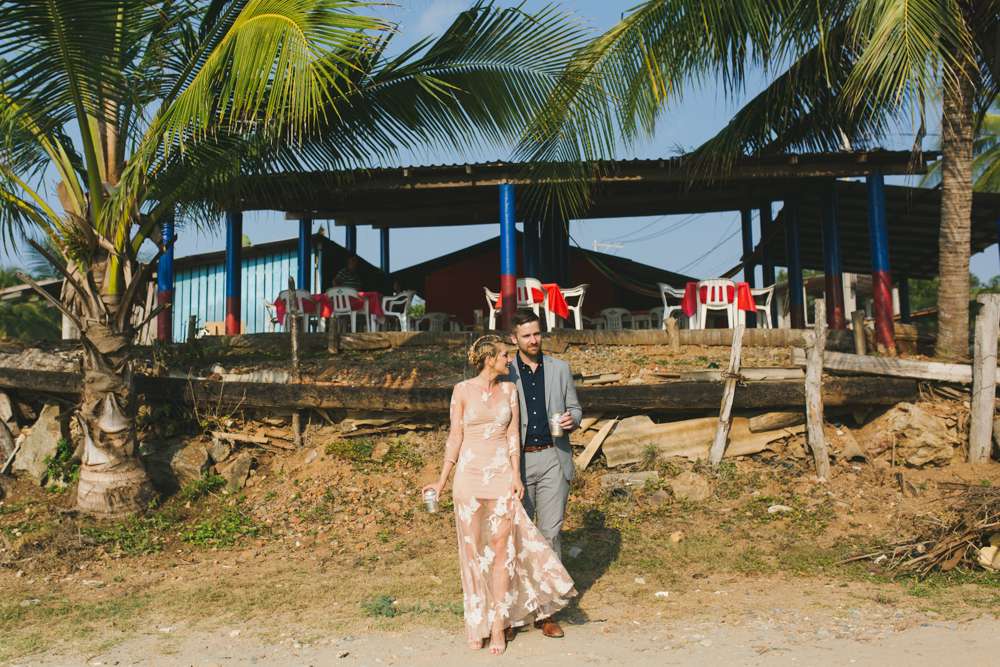 Anna-Rose and Matt flew to Mexico for a week for their spring wedding. The day was elegant with an edge and the bride wore not one, but two, stunning dresses.

“Our rehearsal dinner was fun, festive and very Mexico, but for the wedding itself we wanted to do something unexpected: a formal wedding in Mexico” explained the bride. “Everyone was expecting the typical beach wedding, but I’m not a beach wedding kind of girl, so we were married in the courtyard of the villa we rented and kept all the colours very muted (whites, blacks, some gold and leafy greens).” 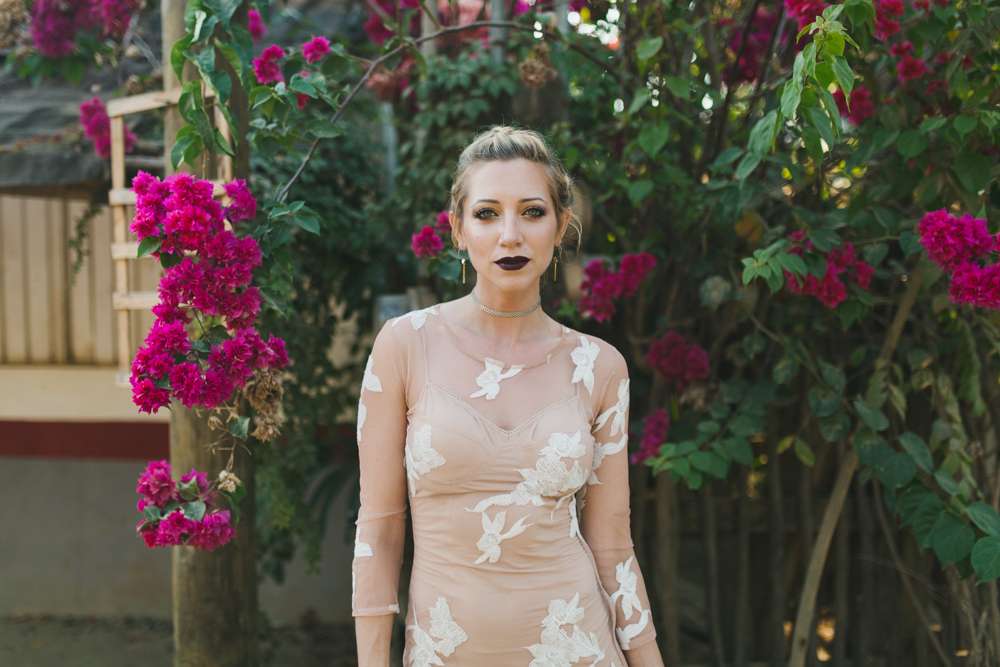 “My husband’s mom passed away one year before our wedding and the week she passed, she was in the hospital, a bit delirious and someone asked her what she wanted, her response was, ‘a beach’. That was the last thing she said. Up until that moment I had been planning on getting married in Michigan, but when I heard that, I thought, life is too short to do things just because it’s the thing to do. You have to live your own life. Some people were very upset and judgemental about us having a destination wedding, but most people embraced it and were so happy to be a part of it.” 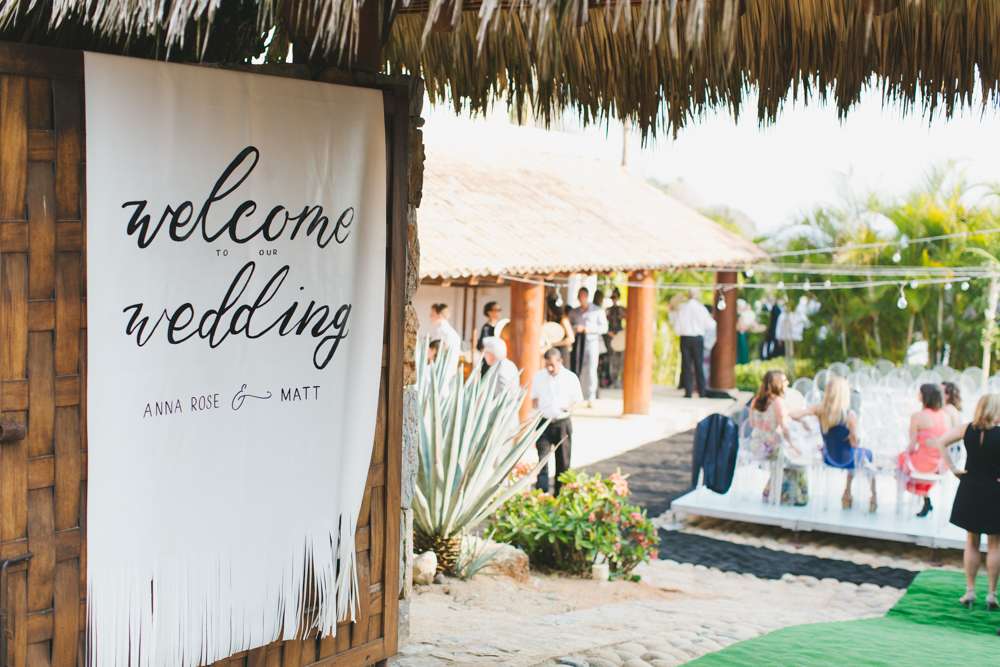 The celebrations were over an entire week and the majority of their 115 guests were able to come for the whole week and make a vacation out of it. “We gave everyone a year to plan, which was definitely needed! Our guests arrived in Mexico on a Tuesday, we had a welcome cocktail party on Wednesday, the rehearsal on Thursday, the wedding on Friday, then everyone got a down day Saturday. On Sunday there was a five hour boat party on a catamaran for our friends which was so incredible and then everyone went home the following Tuesday. When I go to other weddings that are on a Saturday, it’s so hard to travel the next day after partying and I really wanted to make sure the trip had a nice flow and that people got rest, fun and also got to do their own thing on their vacation. I feel so fortunate that so many people were willing to travel and stay for a week. It’s so overwhelming having everyone you love in one place and we just felt so lucky that we were really able to spend quality time with our guests during that week. That was by far the most important thing to us, and we definitely accomplished that.” 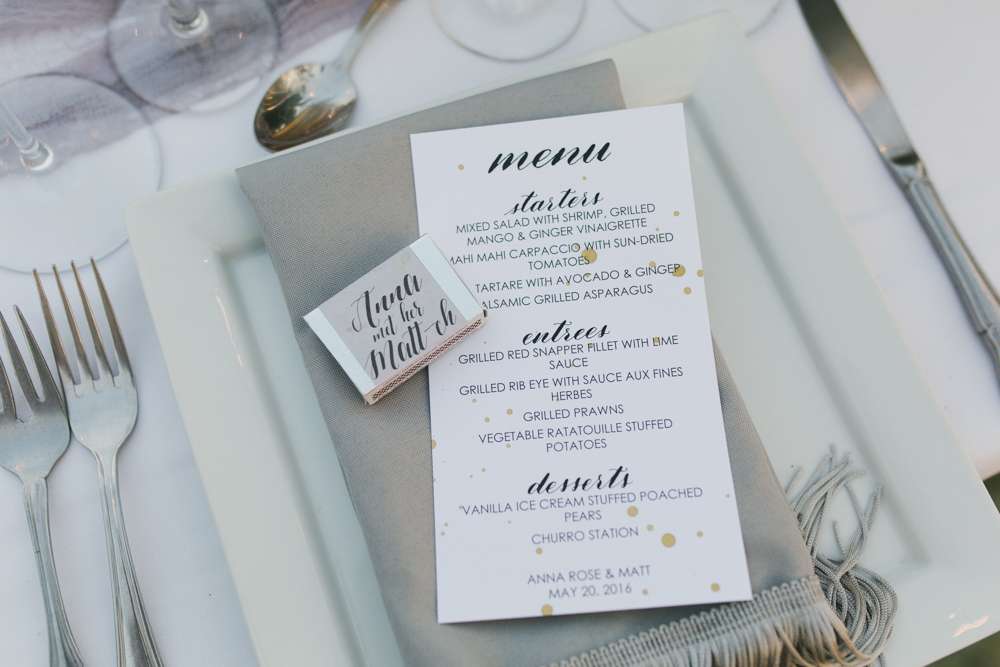 The week was held at Casa en Las Rocas in Troncones, a private holiday rental which sleeps 19, The bride and groom also stayed here with a lot of their friends. “We wanted an all-night dance party without anyone in charge that I had to answer to”, she explained. “We chose Troncones because of what we were able to do given our budget. It is a tiny town north of Ixtapa and Zihuatanejo with ZERO resorts and there are usually just chickens and donkeys crossing the road. The three mile stretch of beach is lined with the most incredible villas we had ever seen and this is why we chose it.” 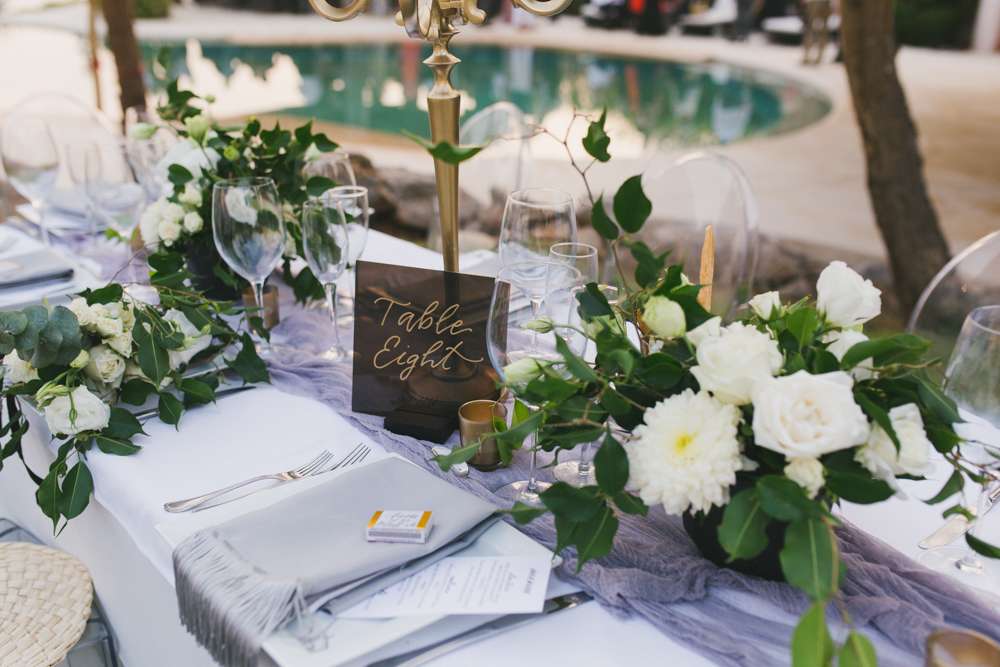 “We had all three of our events in villas that we were staying in and it felt like our wedding took over the entire town. The villas are already VERY affordable but during the month of May, it is low season so everything was even cheaper. For example, we had four houses for our friends, each had about 10 people and the cost was about $250 per person for the whole week. Because of this, coming to our wedding for a whole week was actually the same price (or cheaper) for our guests than if we had our wedding over one weekend in the US with hotel prices of $250+ a night. Our friends ad family absolutely fell in love with the sweet little town and it’s incredibly stunning properties. They trusted us big time, but it all paid off.” 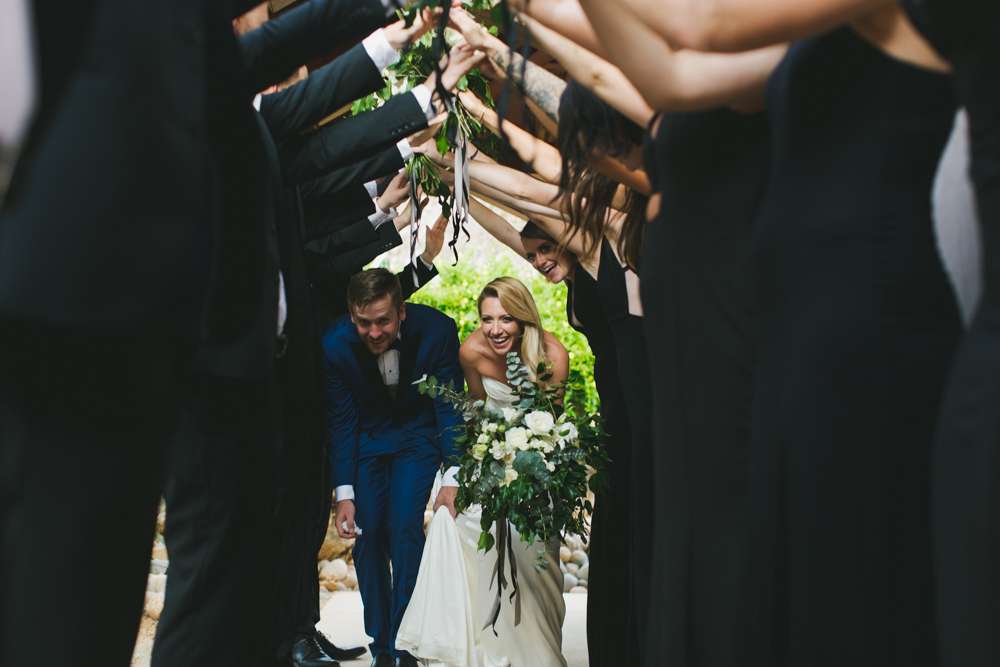 “The one thing I wish I’d known at the start of the wedding planning was that you can’t make everyone happy but the most important things (more than aesthetics or cool designs) is that your guests are comfortable. I planned for a long time for our dancing to be in the courtyard where our ceremony was. I ordered a giant dance floor (a different one showed up the day of the wedding, a much smaller one, and you just gotta roll with it) and after the first dances and the Hora, it was just way too hot and people started moving towards the pool and ocean side. The second I realised that I moved everything over to the pool where it was much cooler.” 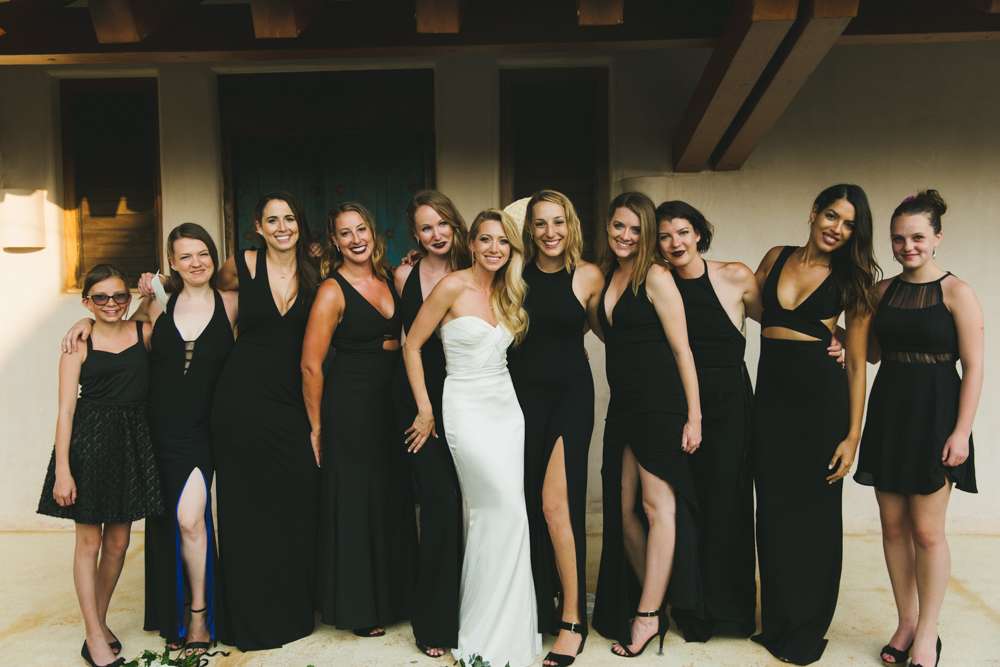 “My favourite part of the wedding was having everyone I love in one place for the first time. I just can’t explain how incredible the feeling of being surrounded by so much love feels and I’m sure it’s why a lot of people usually say their wedding feels like a blur. It’s so much love coming at you that it’s hard to process. Seeing people from all over our lives come together and become friends was so mind-blowing. In fact, during our wedding week, our good friend from LA met Matt’s groomsmen from NC and three months later they are in a serious (long distance) relationship and are planning on moving in together!!” 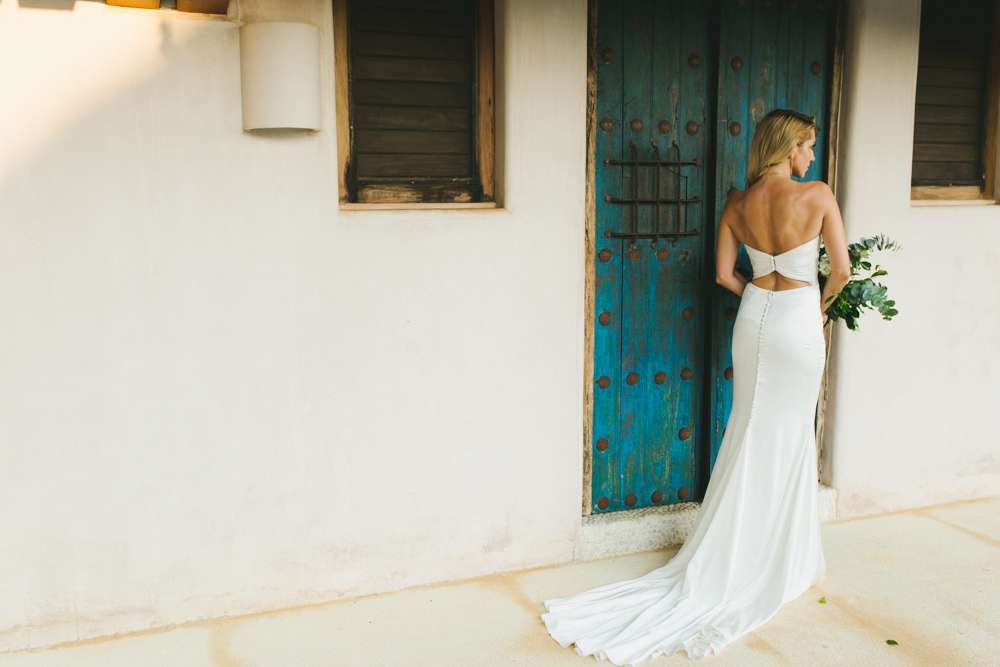 “My advice for other couples would be to meditate, set boundaries (I knew that I didn’t want to be answering everyone’s questions the day and my incredible bridesmaids agreed to be in charge of my phone during the wedding) and have a ‘just in case’ fund” she concluded. “I started meditating a year before my wedding based on advice from another bride, but whether you have never meditated before or are an old pro, make sure the week of your wedding you take at least 10-20 minutes by yourself.” 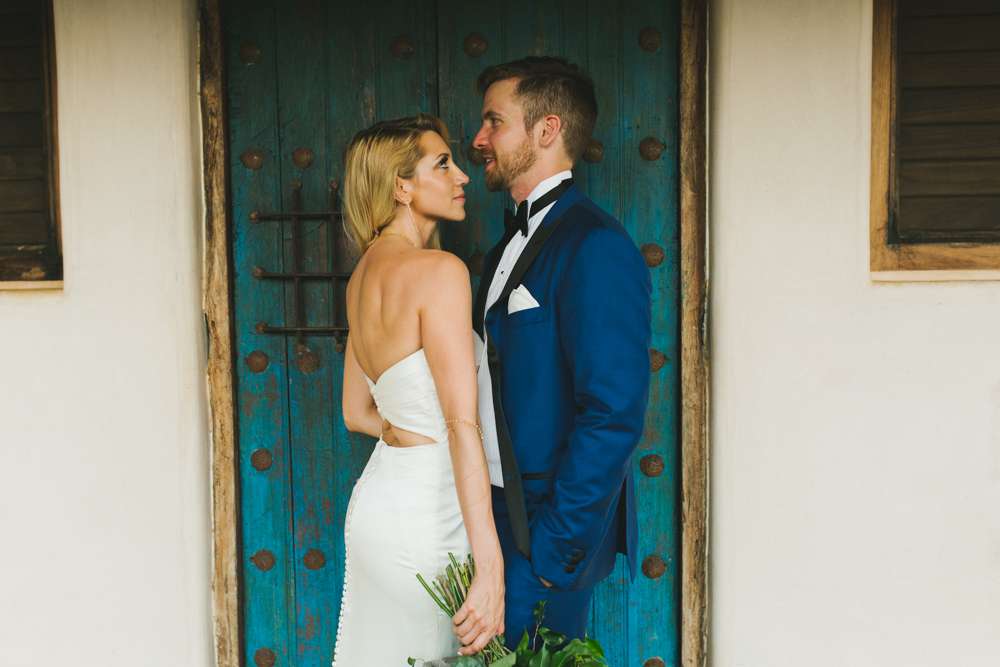 “It’s important to have a financial cushion, because even if you plan your wedding within an inch of it’s life, something will come up the week of the wedding and you will have to throw money at it. If you already know this, and plan for it, then you won’t be stressed when you have to take out your wallet and make a problem go away with cash. It sucks, but it’s the reality.” 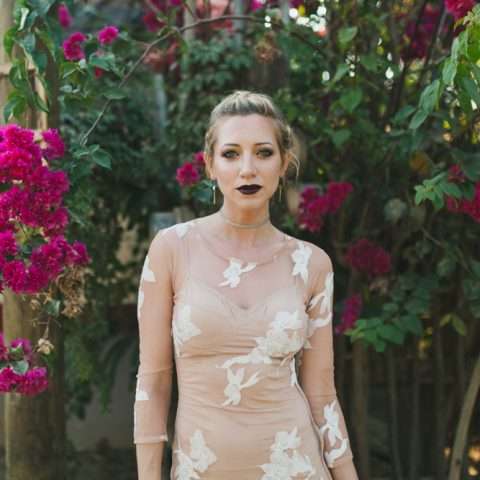 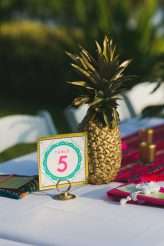 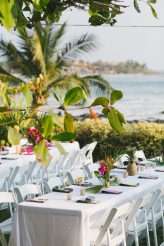 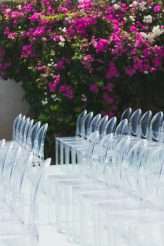 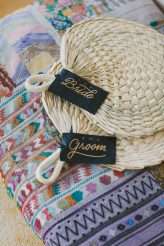 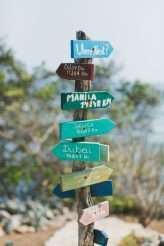 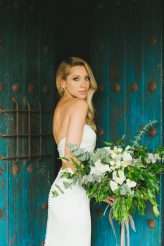 Julia & Stephen were married at Knowles Lodge, Yorkshire, in September. The wedding, although set in the English countryside, had a colourful Mexican fiesta theme! "We wanted the day to be relaxed, intimate, rustic and fun", explained Julia. "I knew I wanted bright colours, and I have an obsession with Mexican food so a fiesta theme seemed to fit. As soon as I saw the Mexican team at the opening ceremony of the Olympics I knew we'd picked the right theme!"

They met in 2010 when she was dating someone else, but Rachel and Zac finally got together when that relationship ended in 2012. Living in Los Angeles they would go to bars together with mutual friends and eventually they made it official! For their June 2019 nuptials they decided on a destination wedding in Hawaii. The day was held at Paliku Gardens at Kualoa Ranch, a beautiful location with the most stunning panoramic views of the mountains and ocean.

Sequoia and Andrew were married outside, in the Oakland Hills. Their wedding was a true DIY affair and they did everything themselves including all the décor, flowers, stationery and the catering. Even the band was made up of the bride's step-dad and step-brother!

Samantha and Gary's destination wedding was held at Casa Monte Cristo on the Western Algarve coast. They hired a villa where they stayed for the week before the wedding too.