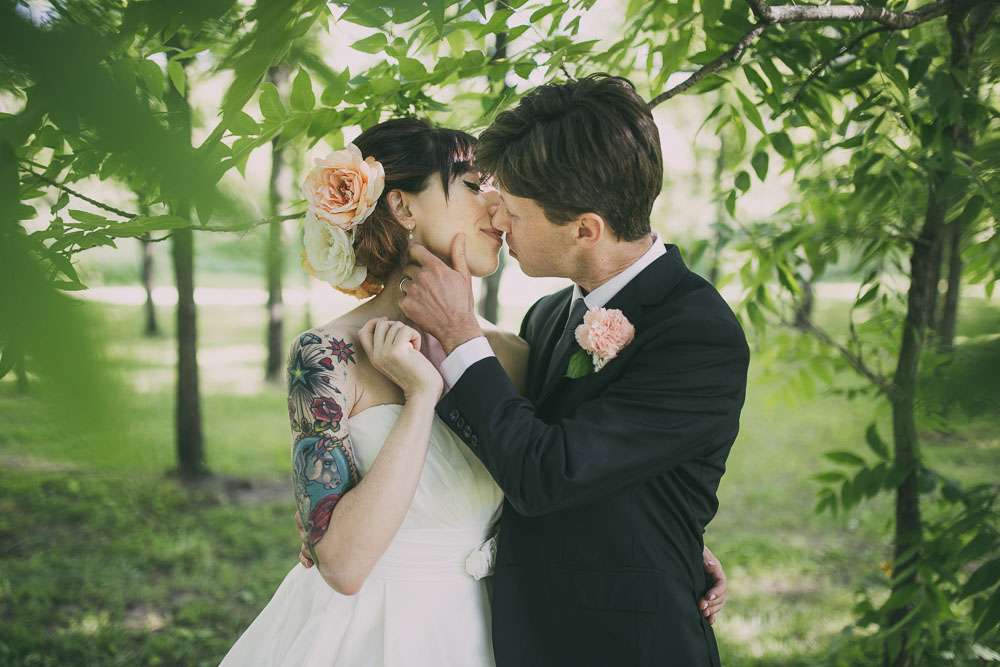 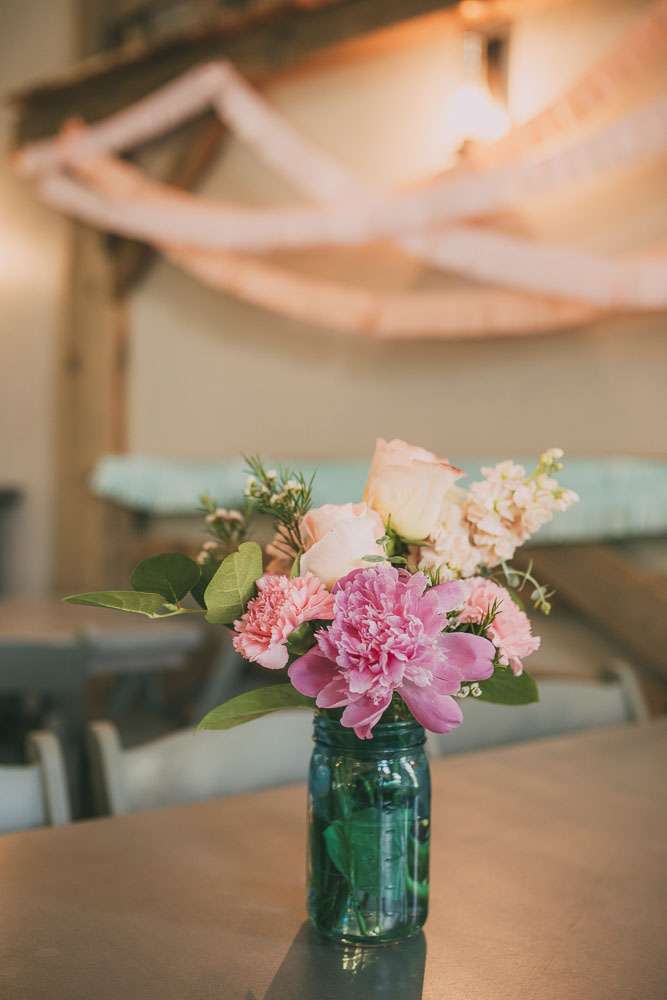 “For our wedding, we were inspired by all of our artistic friends”, Adrien began. “Everyone involved with the wedding was also someone we know personally – the musicians, the caterers, the decorator, the photographer, the officiant, the bartenders…. We wanted music to be the main theme of the wedding so we booked the DJ and the bands the moment we nailed down a date. We are also both inspired by Mexican décor and color schemes, which inspired the big roses and the Papel Picados in the décor. However we wanted to go with a slightly more muted color scheme, so we took the colors found in Mexican folk art and created a pastel version – peach and aqua with touches of red, white, black, pale pink and pale blue. These colors fit well with the beautiful Iowa countryside locale.” 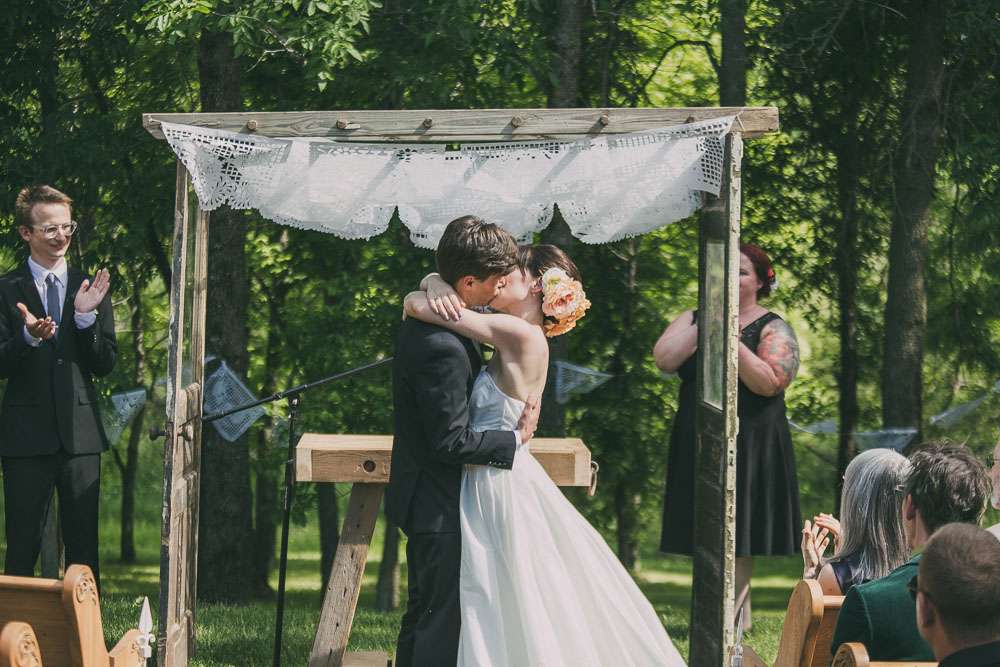 Adrien wore faux flowers in her hair, her grandmother’s earrings and patent white Oxford flats with her wedding dress. Her bridesmaid’s picked their own dresses, the only stipulation was that they had to be black. “The girls’ headpieces were made by hand by my friend and bridesmaid Phoenix L’Amour“, Adrien explained. “All of the tissue paper fringe was made my my friend (also a bridesmaid) Hilary Nelson, who also did a drawing of the two of us, which we used to make a ‘concert poster’ for the wedding (made by Caleb Swank) as a party favor. Our good friend Genevra Daley Bell gave us two illustrations to use for the programs and menus – little mice having a dance party in a field and Australian Shepard’s dressed as a bride and groom. My dad’s girlfriend made bracelets to give as gifts to the bridesmaids too.” 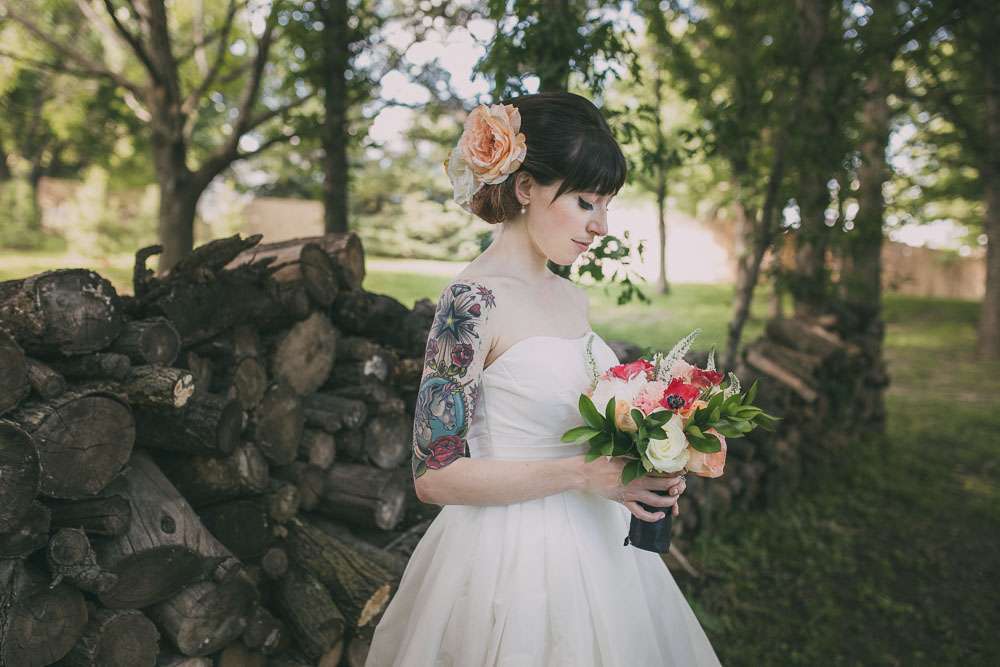 “I think the most important aspects of a wedding celebration are good food, good music, and an open bar”, she said. “We went with local taco restaurant, Tacopocalypse, that specializes in gourmet gluten-free vegan options as well great meat options such as Korean Beef and Wasabi Brisket. It was affordable but delicious. Nate works at a local music venue that’s also a taphouse, so we had a large selection of fine beers which were able to order wholesale. We bought all of our wine and champagne by the case at Trader Joe’s. This made it possible for us to provide an open bar all night. The rest of the money went into making sure the music was PERFECT. DJ Eight Ten spins all vinyl, and played a lot of Motown and R&B as well as pop classics. Perfect to get people of all ages up dancing. In terms of the ceremony itself, I think it’s important to make it personal and keep it concise.” 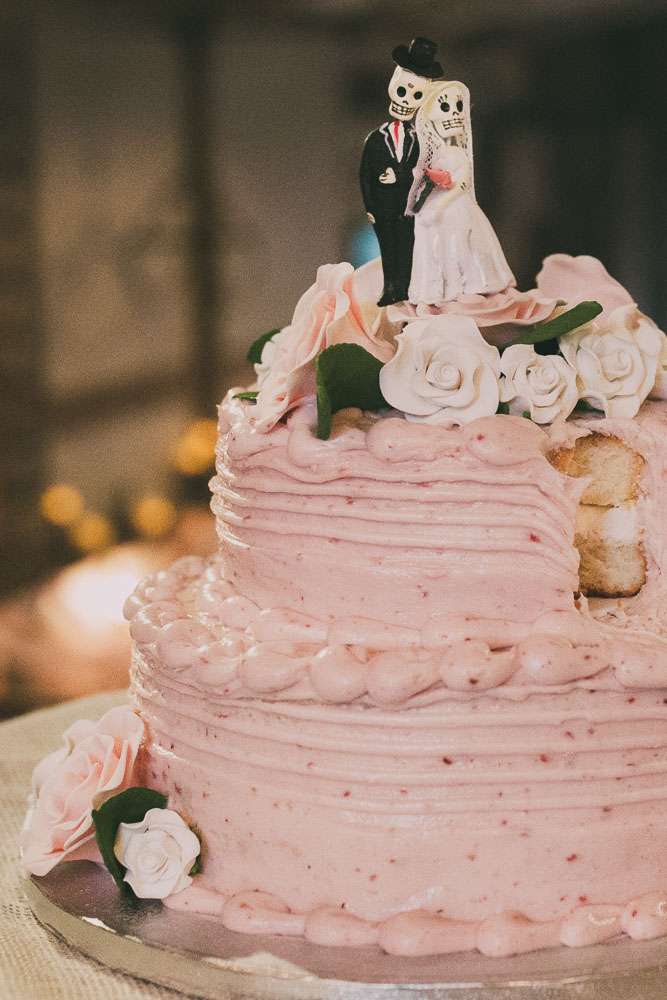 “If I could do it again I would have allowed more time to get ready before the wedding”, the bride concluded. “I ended up rushing around right up until I walked down the aisle. I wish I had made enough time for myself to relax for a good couple of hours, spend a lot of time on make-up and hanging out with my bridesmaids and bridesmen. My advice to other couples would be to learn how to delegate and pick a venue that’s easy to communicate with. Also be flexible and prioritize. Always be nice to your family and friends who are helping you – that will make for a great vibe at the party.” 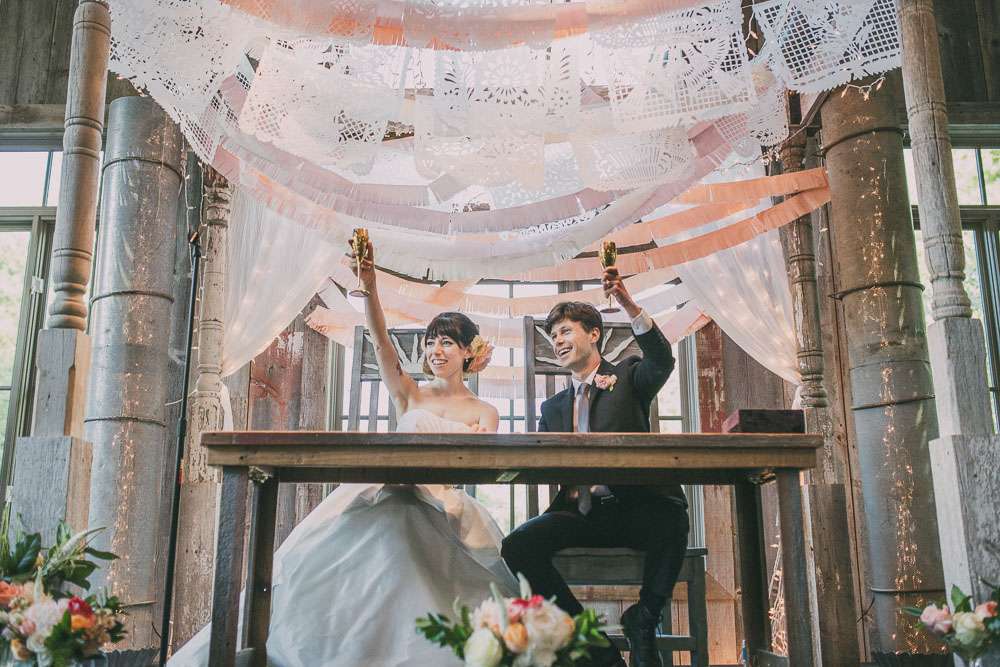 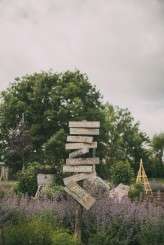 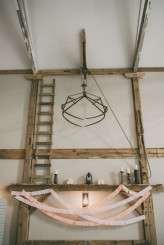 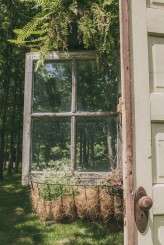 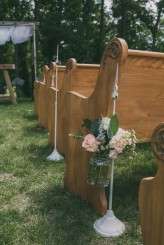 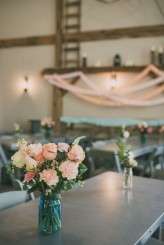 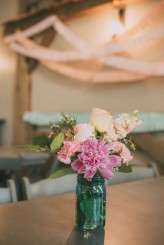 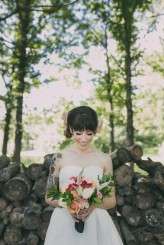 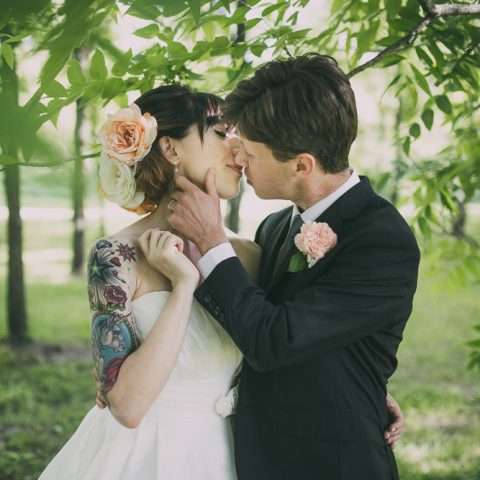 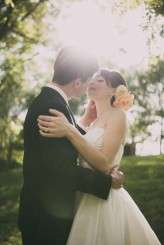 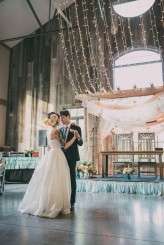 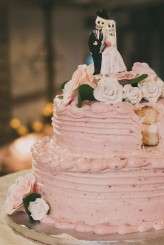 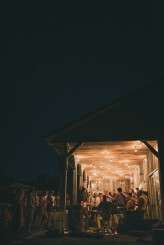 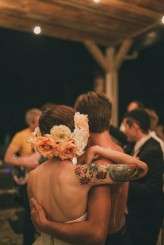 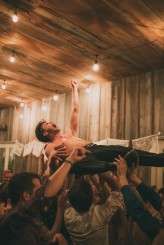 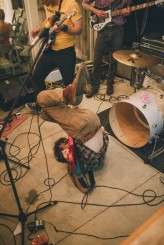 Jonathan and Sarah were married in May at the Denver Botanic Gardens. They wanted an intimate wedding which didn't cost the Earth (in terms of budget and the environment!) They spend around $7000 on their day and it was perfect.