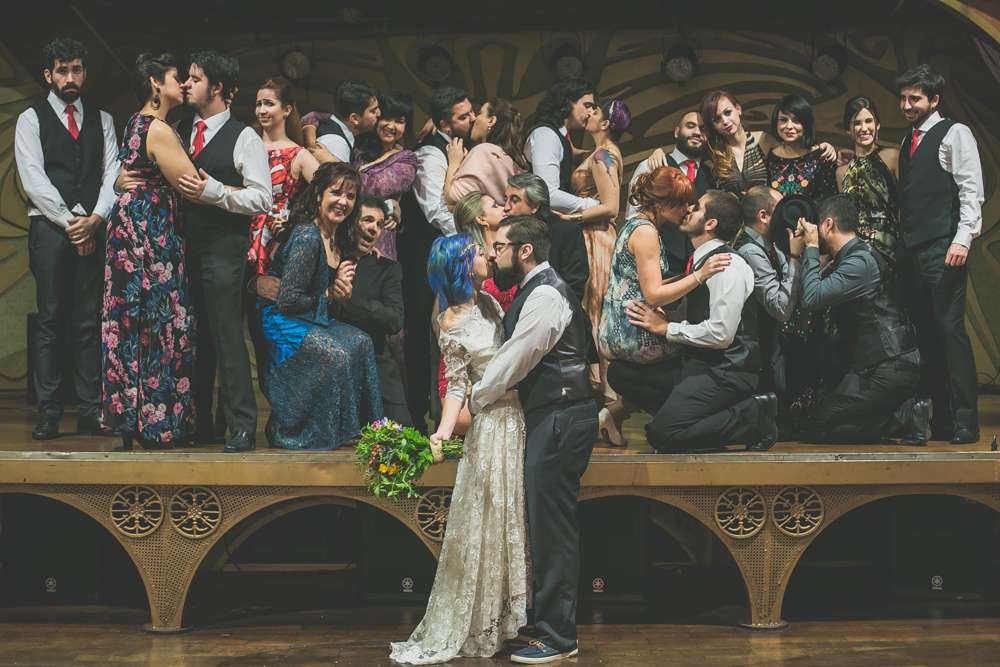 Isabela and Felipe’s Brazilian wedding had a casual and boho vibe. They were married at a concert venue in Sao Paulo. The day was simply a mash up of things they both liked. 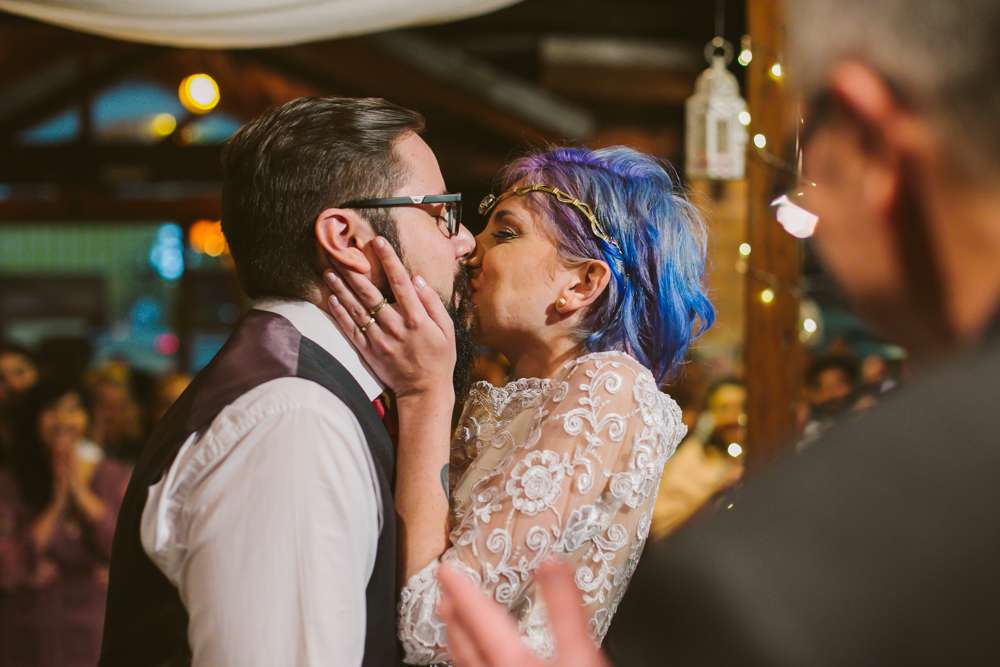 “We didn’t want anything uniform or traditional”, said the bride. “Our venue, Centro Cultural Rio Verde in Sao Paulo was not a usual wedding location so that was different too. It’s a place where lots of independent concerts happen. About three years ago, when we’re just starting to see each other, we went to a concert there and commented that it’d be pretty cool to get married there. That comment was never forgotten!” 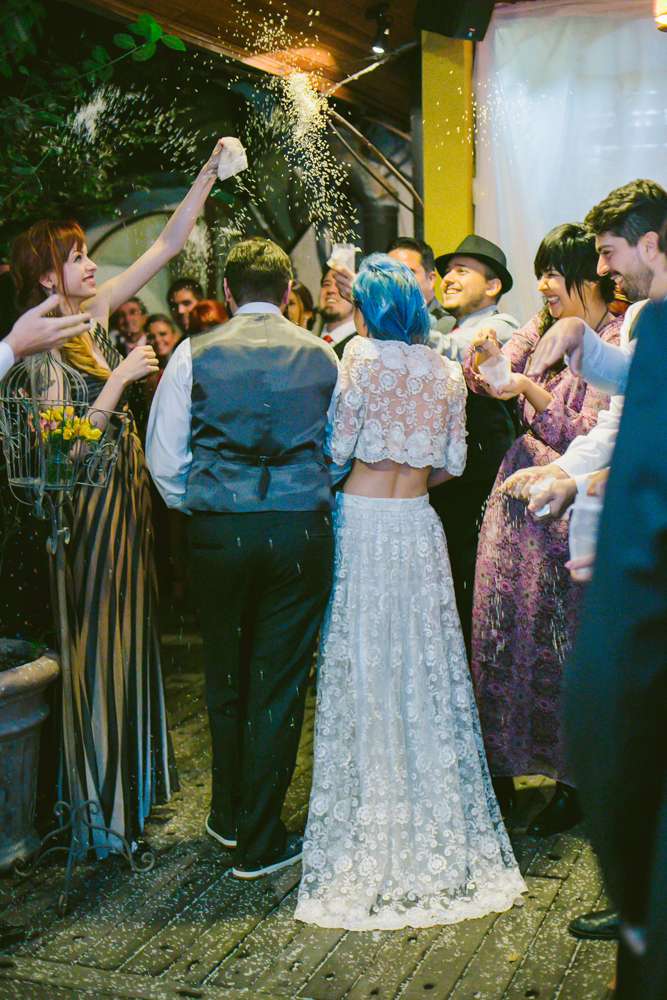 The bride wore a dress made for her by her grandmother. “I chose everything for my dress”, she explained”, I bought the fabric, dyed it with my grandma and helped her sew it.” 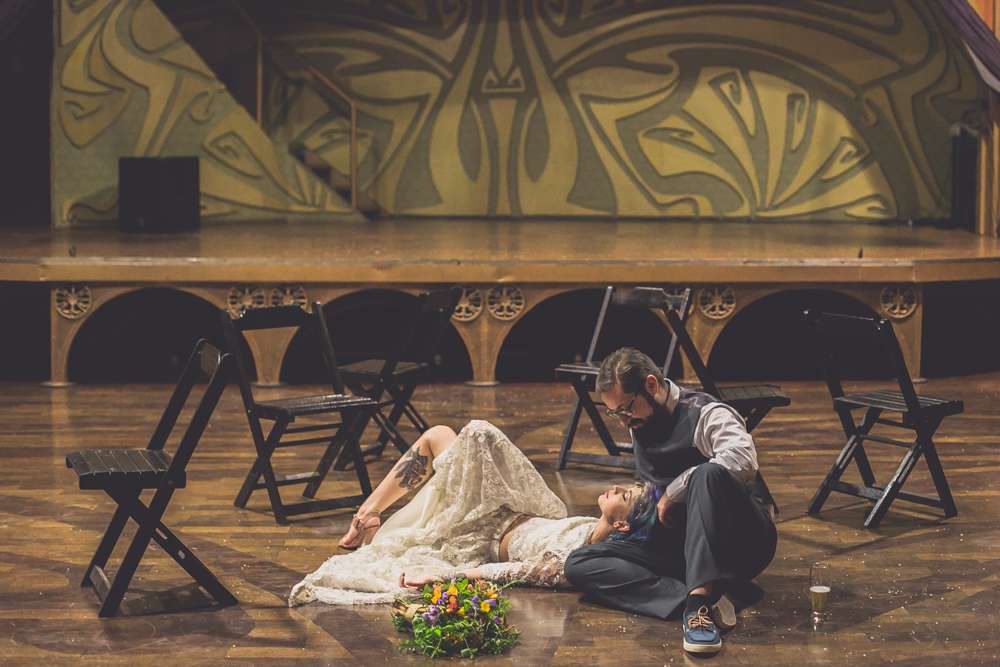 “My favourite moment was the ceremony, particularly walking down the aisle. Seeing everyone to happy was very emotional. Even though we are not religious we thought it was important to have some kind of divine blessing. We weren’t married in a church but my uncle is a pastor and we insisted that he celebrated the wedding. When we asked him, he was flattered and said that religion aside, we all had a belief in something in common, and that was beautiful.” 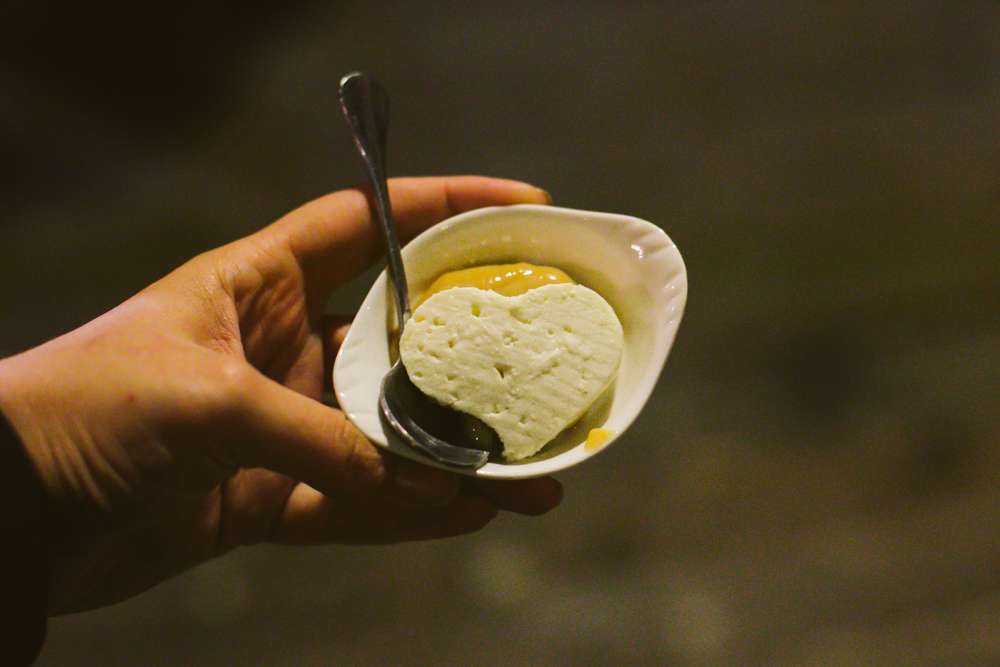 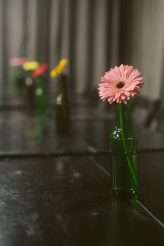 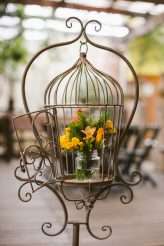 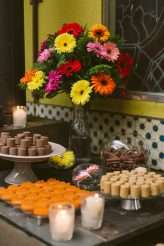 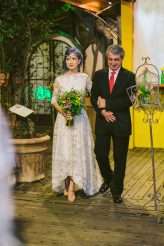 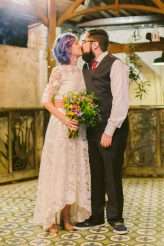 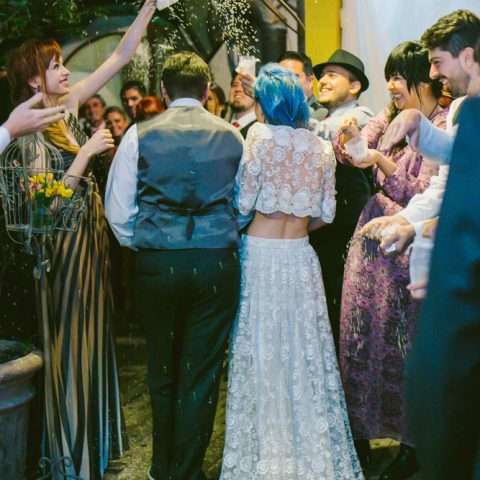 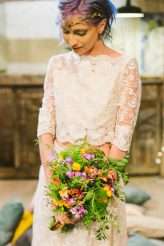 The Times We Have

Juliana and Fabio's wedding was held at Mansão Atrium in Brazil. Their bohemian and folk themed day was actually completely inspired by a wedding they saw on Instagram!

Laid Back Bohemian Garden Wedding with a Barefoot Bride and a £300 Budget!

Zoe and Perry's wedding was a minimal budget, maximum happiness kinda day. They created a laid back, fun, bohemian day with loads of cute, cheerful decor that was entirely 'Zoe and Perry themed', and overall they only spent about £300 in their own money, with the rest coming from donations and contributions from their pals.

Selena and Simon met on a dating site almost ten years ago, and have a son together. As life has a habit of doing, they never seemed to have the time to get married - so when they did, they went all out! They had the mindset that they were only going to get married once, so they’d do it how they wanted to.

A Bohemian Tropical Wedding in Rio

aissa and Tony wanted to incorporate all of the colour and fun of the bride's home city into their bohemian inspired day. Married in September, the couple planned a day that was heavily influenced by Rio and their chosen venue.

Chirese and Jannie had a fully DIY wedding at a game lodge in the heart of the Waterberg Mountains in South Africa. Their theme was bohemian and creative with a hit of geekiness thrown in for good measure.