Both lovers of bright colours and music, Jennie and Euan’s wedding reflected both of these things. “We basically wanted to have an amazing fun time party where everybody couldn’t stop dancing and stayed up all night”, explained the bride. 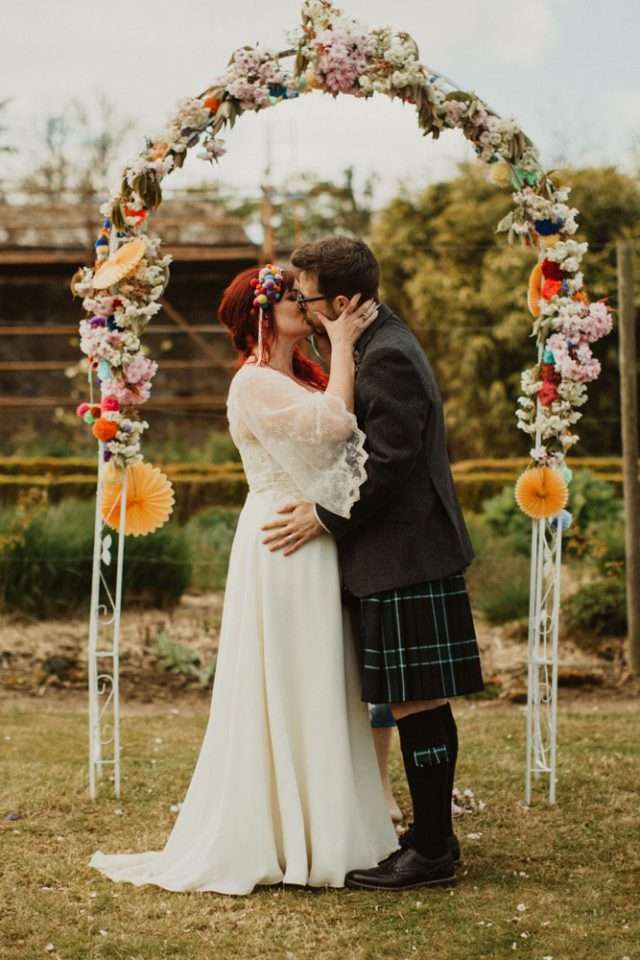 The wedding was held at Cambo Estate in St Andrews. “From the beginning we knew we wanted to make the celebration last as long as possible so we wanted to find a venue where as many of our friends and family could stay for the full weekend. Cambo was perfect because it has room for 50 people to stay with more space for camping.” 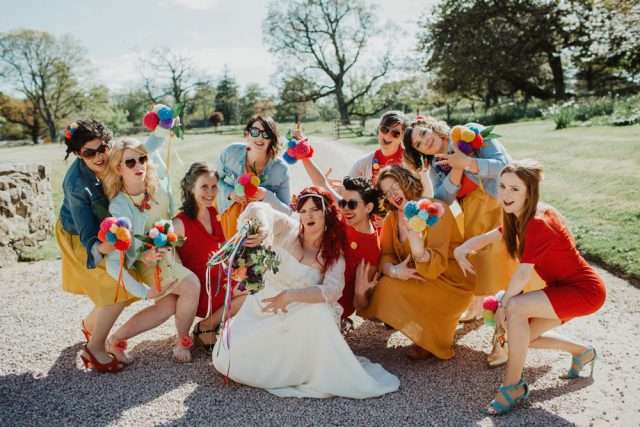 They had a large wedding party made up of nine bridesmaids! “I’ve got two very good groups of female friends and I really didn’t want to choose between them. I realised the only thing that was stopping me having nine was what other people thought – and then I realised I didn’t care what other people thought! In the end it was the best decision I could have made, I let them choose their own dresses in orange and yellow and we made pom pom bouquets and it was like having the best ever girl gang to hang out with. Getting ready was so much fun and they were all amazing and so helpful in the lead up.” 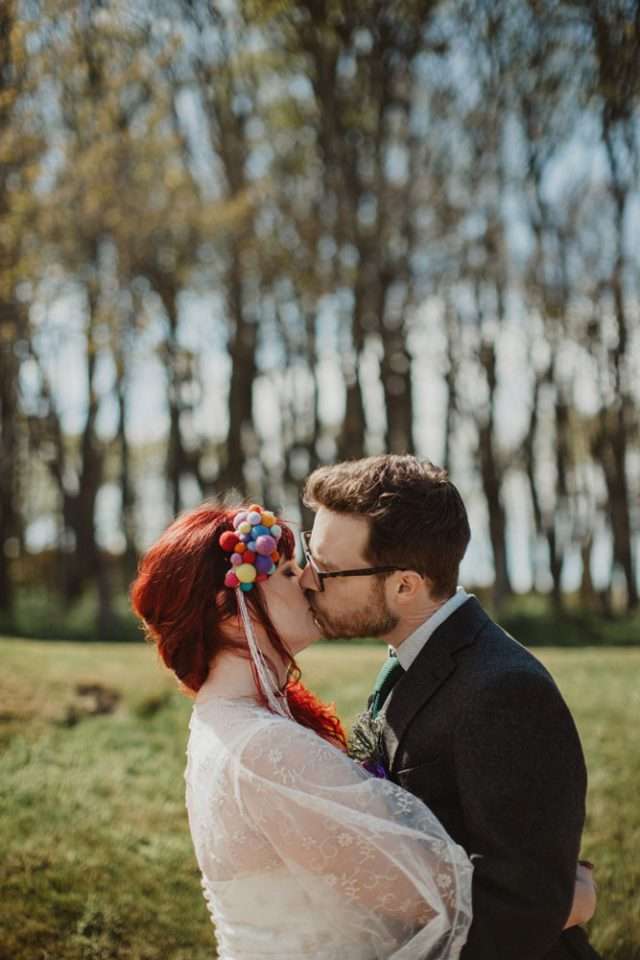 “The ceremony was led by my mum who is a minister so it was amazing to have her marrying us”, she continued. “It made the day even more special and meant it was so easy to create the exact ceremony we wanted. It was laid back and relaxed and funny. As I walked up the aisle Euan’s brother in law, Drew (who’s an amazing musician) was singing Angel Eyes by Wet Wet Wet (I’m always teasing him for his ridiculous love of them) which was hilarious. We wrote our own vows which were a surprise for each other and we actually ended up having almost exactly the same one first.” 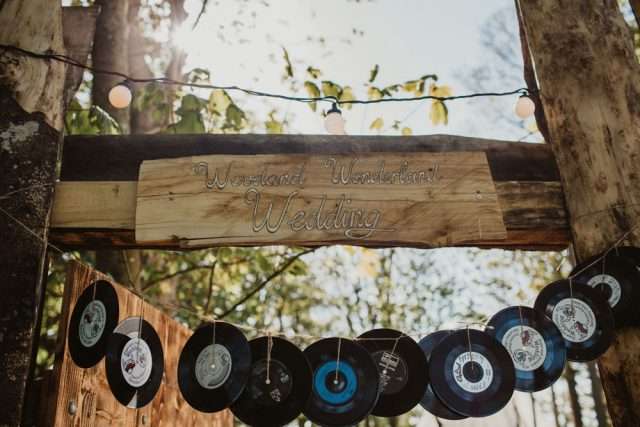 The reception was held in a marquee, which they decorated themselves. “We both love bright colours and music, our invites were 7 inch singles and we had records and orange or yellow retro items as centrepieces and cassette tapes as name cards. I made all the pom pom for the centrepieces and bouquets too. I actually really enjoyed all the crafting stuff, I’m not generally the most artistic but it felt good doing something so personal for everyone.” 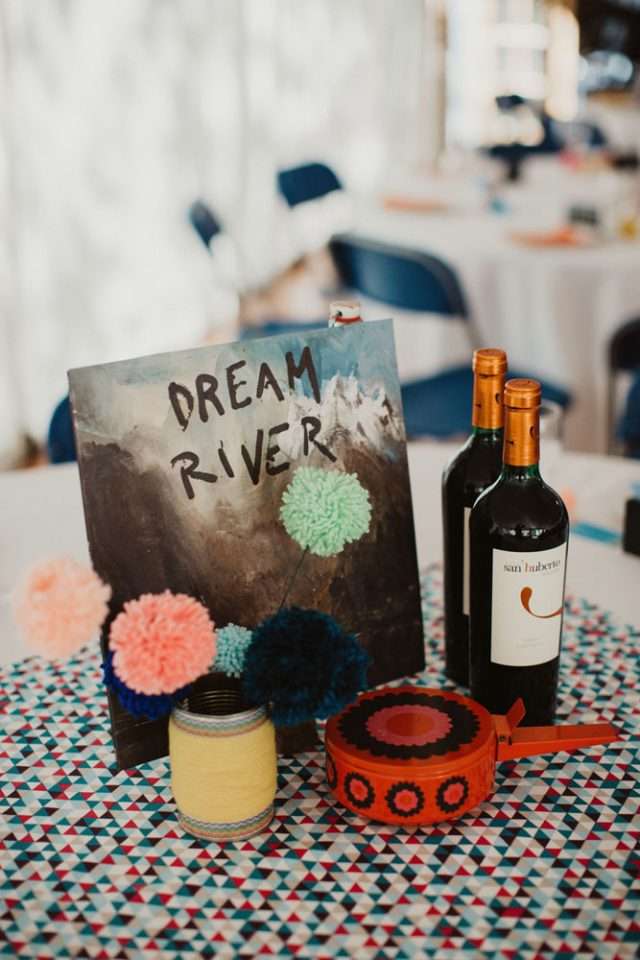 “We had such a blast and partied all night long! The first photo that went up on Facebook the next day was of me at 7am, rolling about in my dress next to the fire, absolutely steaming! We milked the day for all it was worth. We had the absolute night of our lives and I’m so glad we were the last ones standing! My dress was also absolutely wrecked and by the end of the night I had two giant muddy footprints right on the middle of it, I had no idea how they’d got there until someone sent me a picture of Euan and I up on everyone’s shoulders with his two feet planted firmly on my dress! I couldn’t have cared less, I think a dirty dress is definitely a sign you had a good time!” 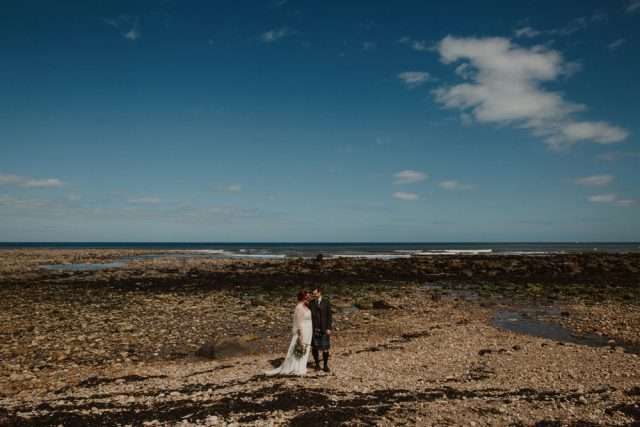 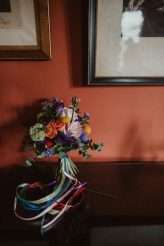 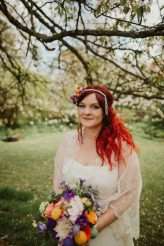 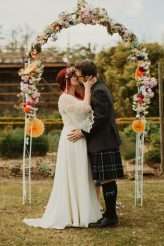 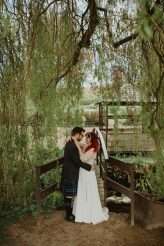 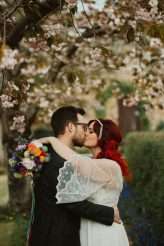 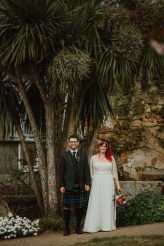 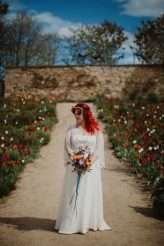 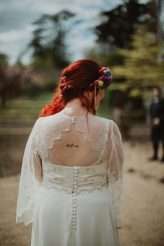 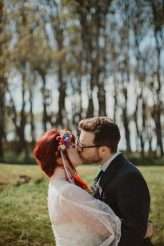 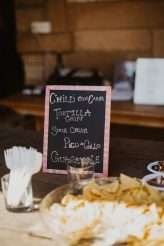 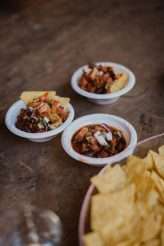 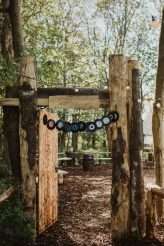 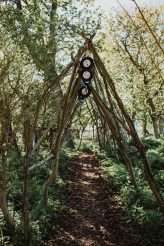 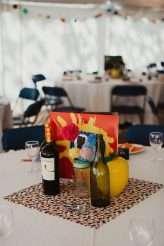 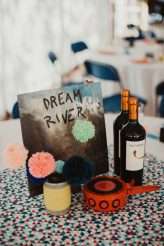 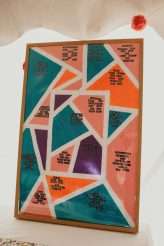 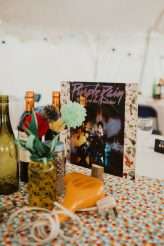 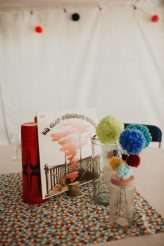 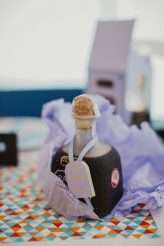 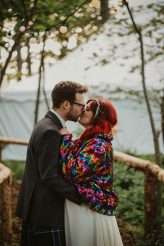