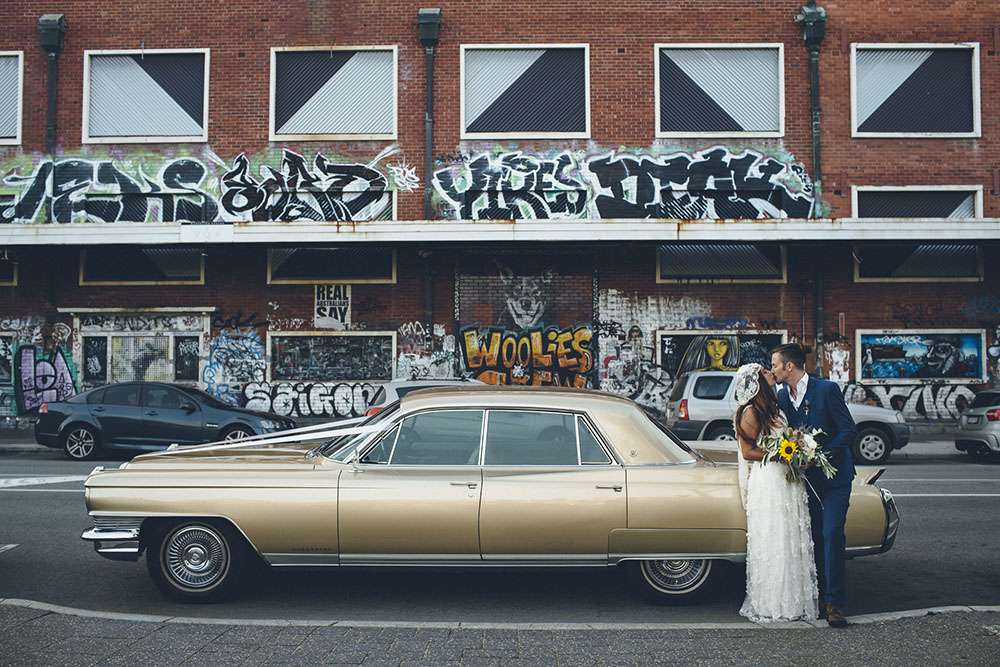 Devina and Clint were married in Fremantle, Western Australia. They both love all things vintage, and are hippies at heart, so this is where they started when it came to planning the day.

“Clint is originally from Tasmania and I’m from Western Australia so we tried to combine those two places as much as possible through things like the favours and the food and drink choices”, Devina began. “We used as much local produce and artists in all aspects, including Clint and his groomsmen who handmade braces. Music played an important part also. We had live local music at both the ceremony and the reception.” 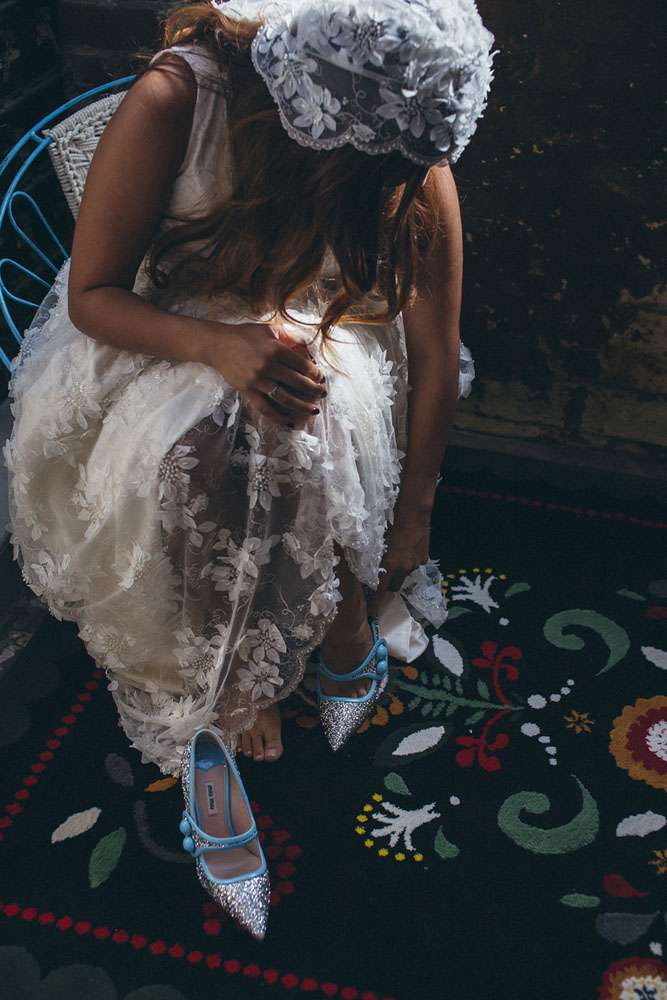 The ceremony was held outside, by the river in North Fremantle in a beautiful private quiet little garden “After walking down the aisle with my Mum she stayed at the front with the bridal party and did an acknowledgement to country before we started”, Devina continued. “As I’m Indigenous Australian we always acknowledge Indigenous elders past and present from that particular area as a custom and for respect. Interesting, as we were near the water it was really windy right up until that point and then after the acknowledgement the wind died right down and was perfect for the ceremony.” 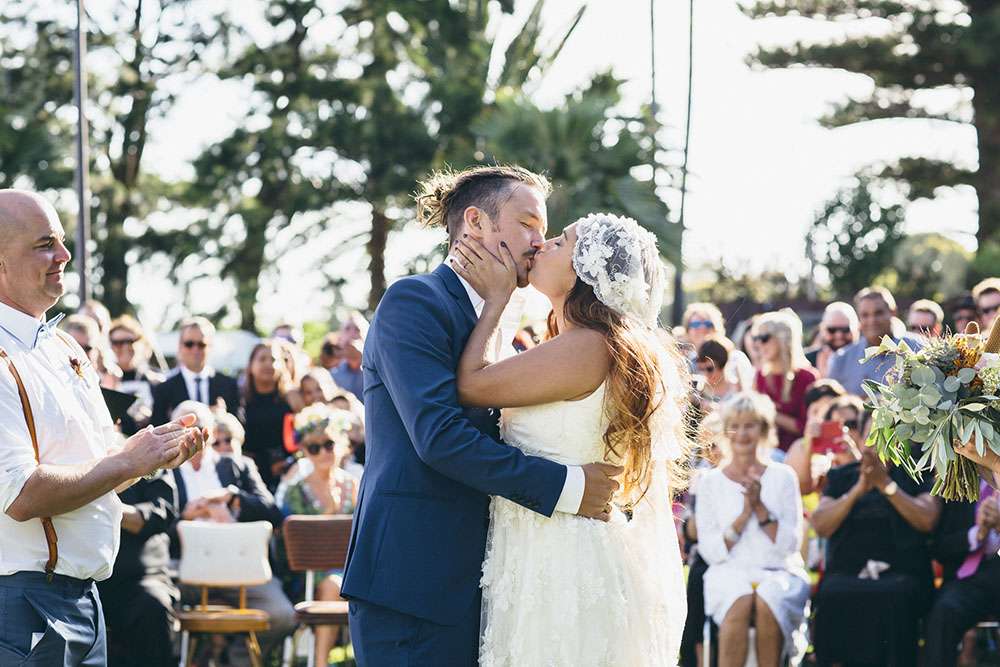 “We had Velvet Betty, which is a vintage caravan that has been converted to a bar, set up at the ceremony site. They had set up giant games around for everyone and were serving our guests as they arrived. We had a band called The Sirens playing during and after the ceremony to entertain the guests. They are a three-piece band comprised of an accordion, double base and singer.” 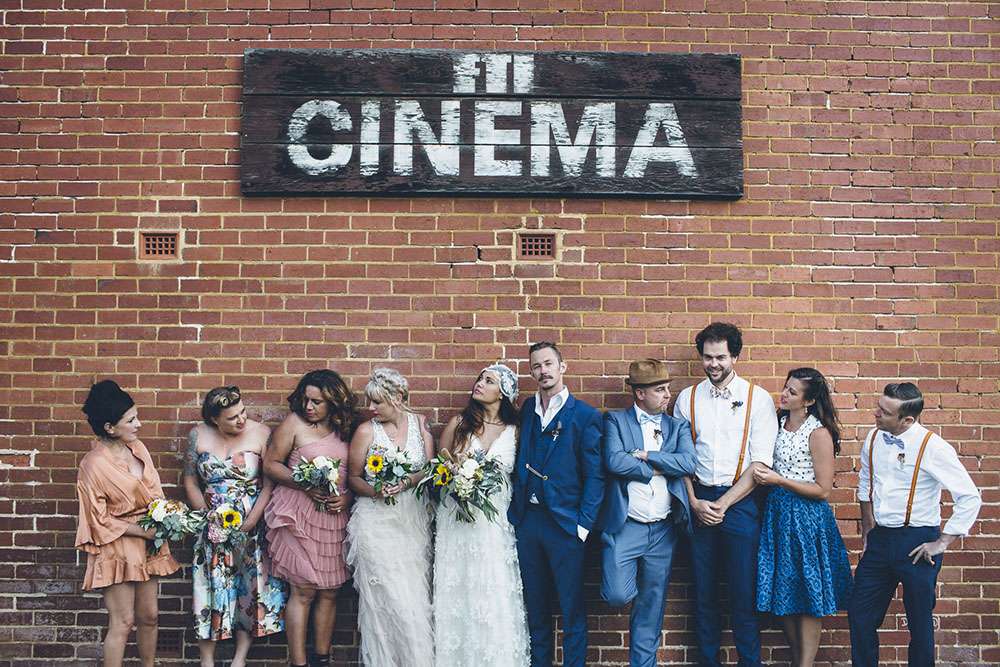 After the ceremony, they did photos around Fremantle, before heading to The Guildhall for their reception. “We decided to make our reception a kid free party, so the adults could really enjoy themselves and not worry about their children”, the bride continued. “However Clint’s two older brothers did get an exception to this rule as they travelled all the way from Tasmania and didn’t have someone to look after their children.” 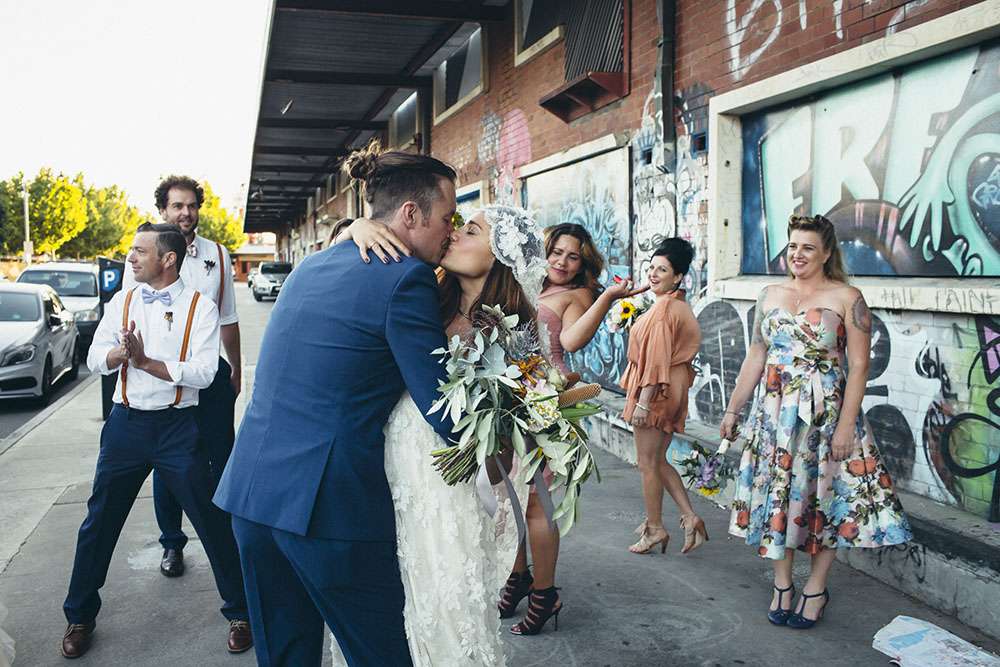 “The one thing that really stands out about the day was how much my dad was involved. He passed away nine years ago and so he couldn’t be here, so we decided to get married on his birthday so he was involved in some way. I had photos of him on the signing table and he was mentioned during every speech, which was really special to me and unexpected. The nest man and maid of honour both did a tribute to him, which brought a tear to the eye.” 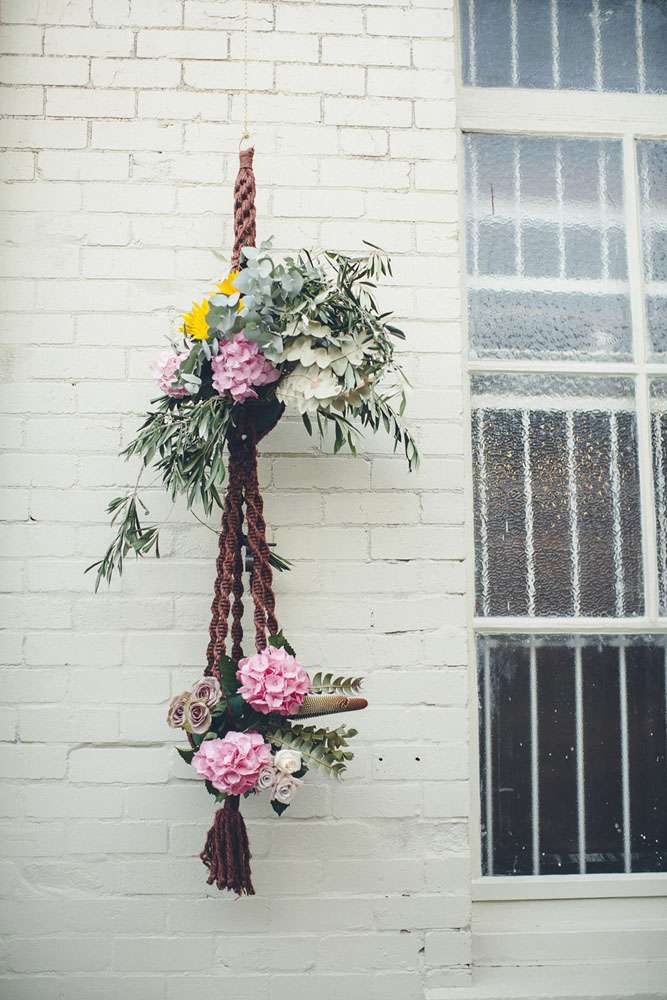 Devina wore a custom made dress by Kristie Slater with Miu Miu shoes. “I won my dress in a competition that my bridesmaid entered me in! I was so lucky to have won a custom made dress which I collaborated on with the designer. My headpiece was left over lace which I turned into a headpiece. It was originally supposed to be a cape, but it didn’t work out in the end. My maid of honour turned up on the wedding day with a handful of antique brooches and sewed one on the back where it was all gathered.” 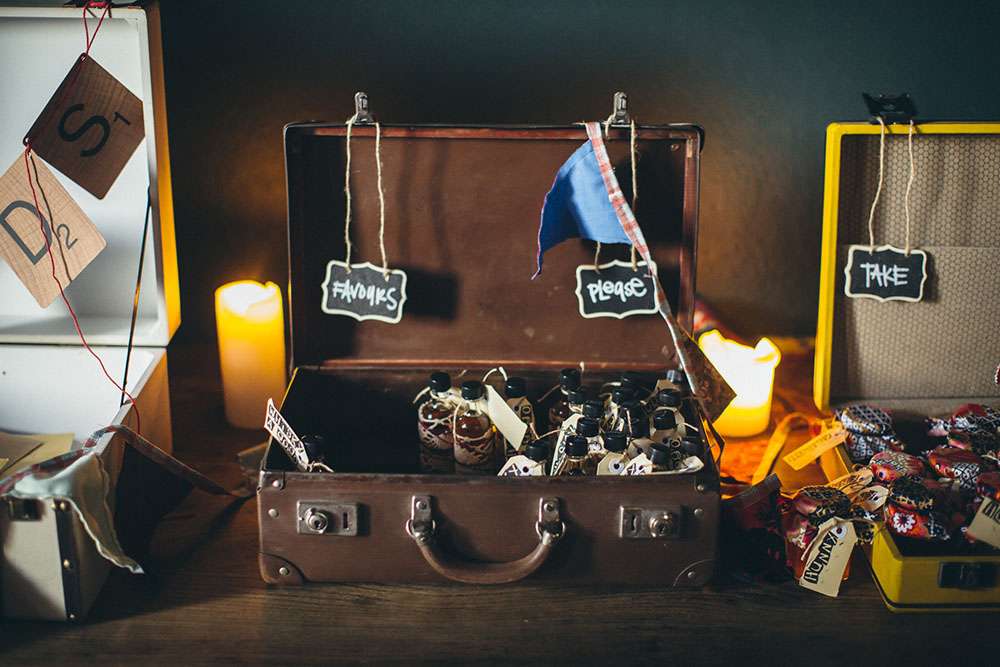 “My advice for other couple would be that even though its hard at times to stick to your guns and do your wedding your way, do it!” Devina concluded. “People won’t understand your vision, colour scheme, and why you’ve got a three-piece band with instruments on wheels walking everyone to the reception, but they will on the day. This day is for you and your partner; it should ooze your style and character so do it your way.” 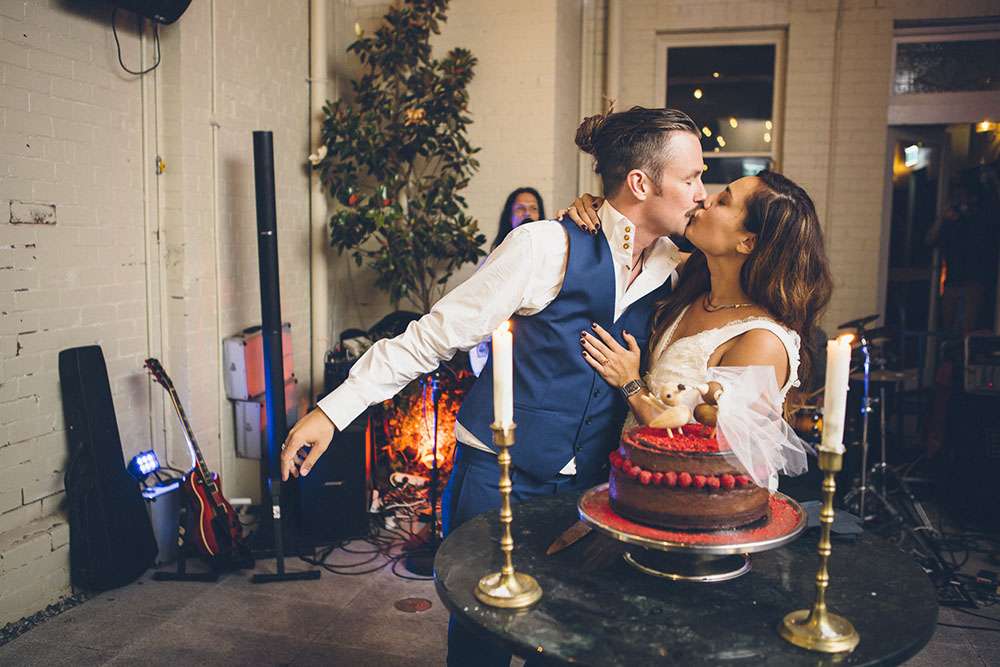 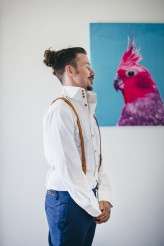 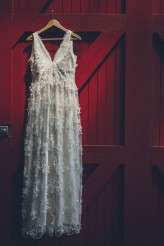 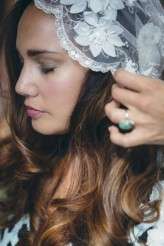 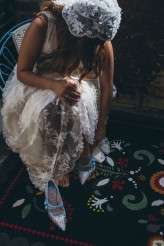 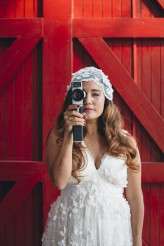 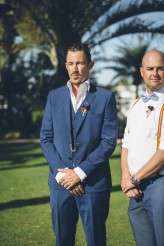 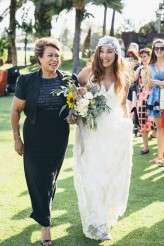 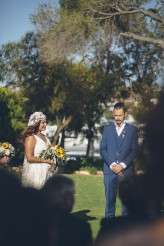 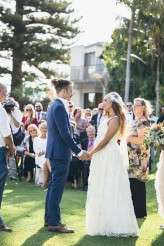 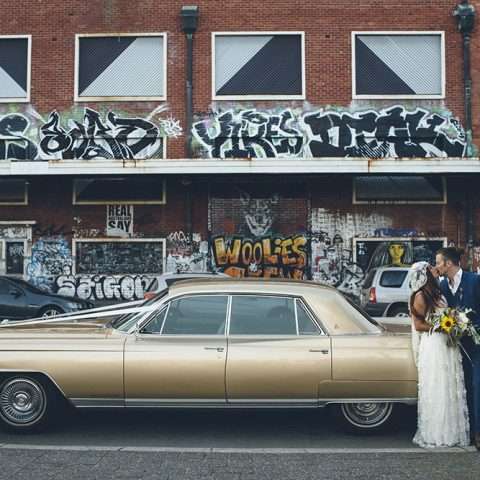 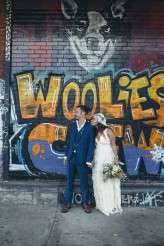 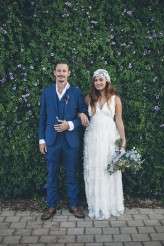 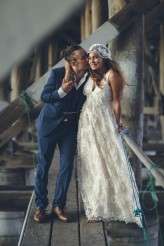 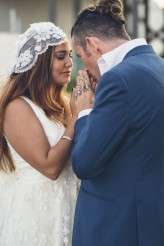 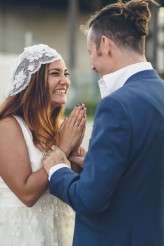 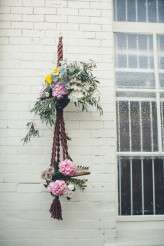 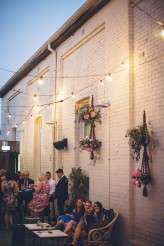 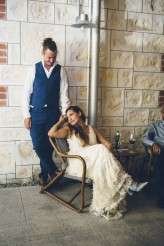