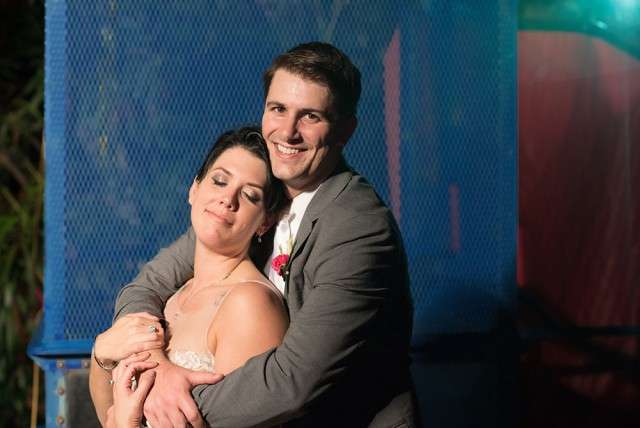 Lauren and Ray’s September wedding had a colourful carnival theme! “Our wedding was a rainbow carnival”, explained the bride. “We wanted to bring out the happy, colourful kid in everyone that was there. Ray also wanted a BIG party. Some of our most fun details were the stuffed animals that we bought to give away as prizes. There was also a fire-breather and an aerialist. Part of our ‘entertainment’ was both of us (and the wedding party!) getting dunked by friends and family in an actual dunk tank to raise money for the honeymoon!”

The ceremony was super emotional. “I cried the whole time!”, the bride laughed. “Somebody’s Getting Married from The Muppets Take Manhattan played while people took their seats and I walked down the aisle with my father to Sea of Love of Cat Power with full on waterworks. It was THE moment and it was hitting me all at once. Our officiant was a friend ours in the burlesque community. She typically hosts shows but this was her first wedding. She read her script from the inside of a copy of The Giving Tree (my favourite childhood book). We wrote our own vows too which were based on unconditional love, support, acceptance and striving to be the best versions of ourselves. We wanted the ceremony to be short and sweet and right afterwards the carnival games and entertainment began!” 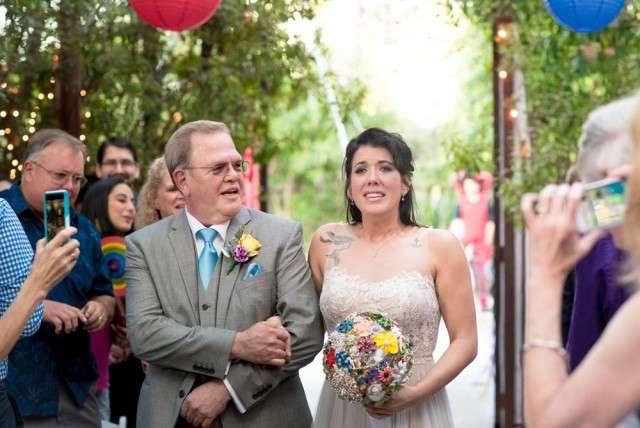 “Almost everything was DIY including the decorations and the building of five carnival booths and games”, she continued. “Our friends helped a ton contributing lots of handmade things too. My brooch bouquet was very special as I was able to represent grandparents that we’ve lost by using their brooches, military pins and jewellery in it.” 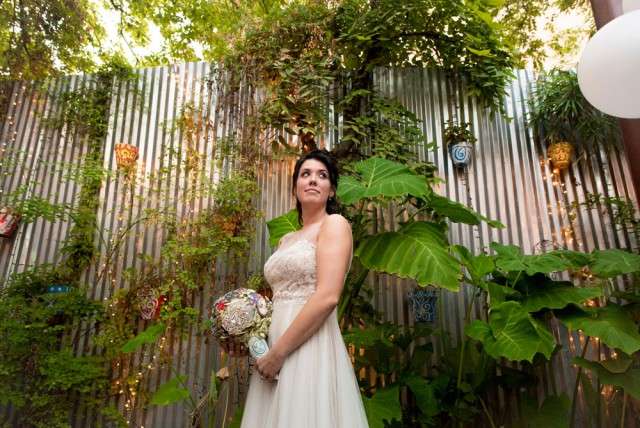 The couple spent the most money on their venue and their photographer. “50% of our budget went towards the venue and wedding photographer. The venue was actually a great deal as we paid for the first $2000 of drinks and the champagne toast and then switched to a cash bar. It would have been insanely expensive to do an open bar for 180 people and absolutely no one complained. We spent a lot of time finding our photographer too. We both knew how important it was to capture these moments. To say she delivered and then some is an UNDERSTATEMENT.” 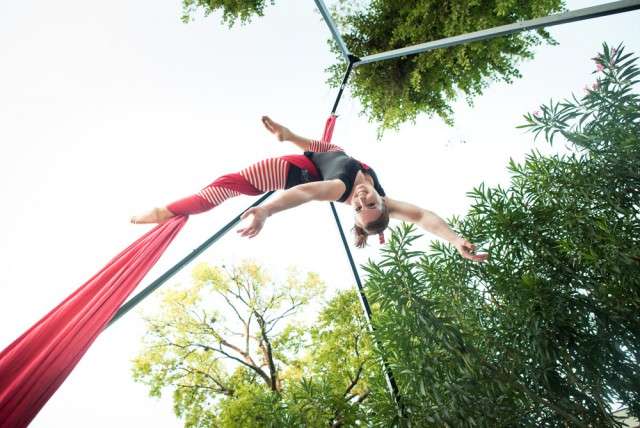 “My final piece of advice to other couples planning their weddings would be that you’ll never remember the little things. Focus on creating the big moments and don’t argue about napkins. Something major will go wrong (at our wedding we discovered that neither the caterer nor the venue had provided plates… For 200 people!) Just make sure it’s not your job to fix it.  I still have no idea where the plates came from and the guests didn’t notice!” 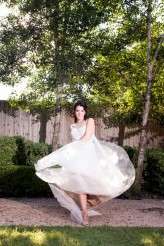 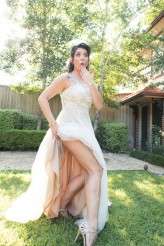 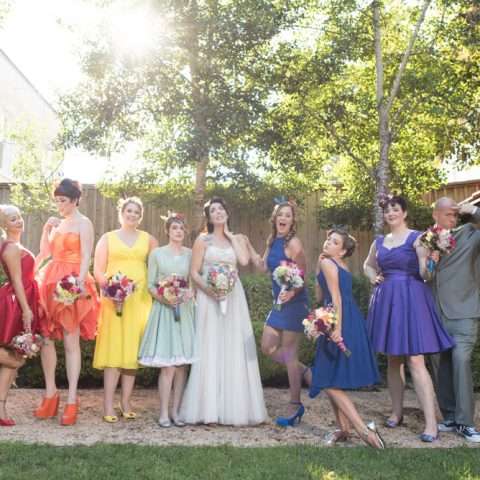 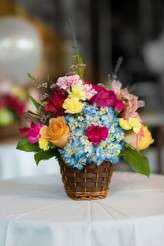 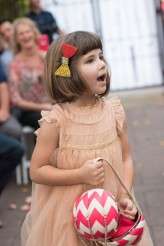 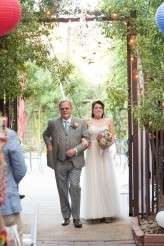 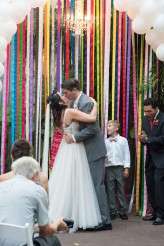 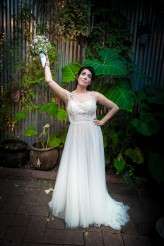 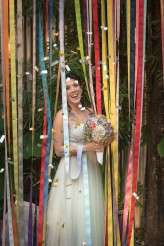 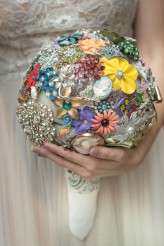 When I saw Courtney and Cori's wedding for the first time I let out a little squeak of approval. Not only did these guys have a carnival themed wedding at a theme park but the bride used Hello Kitty (my favourite!) throughout her amazing outfit! Her shoes, nails and bouquet (!!) all had Hello Kitty on them. Is this the cutest thing ever or what?

I have something really beautiful and unusual for you today, I just know you're going to love it! Kristin and Ky were hitched at Kanapaha Botanical Gardens in Florida. Their outdoor wedding was made as colourful as possible with the addition of paint... lots of paint! The bride wore a full face of geisha-style face paint, her dress was splattered with it (which she did herself), they painted each other as part of the ceremony and they had an artist on hand to do their guests too!