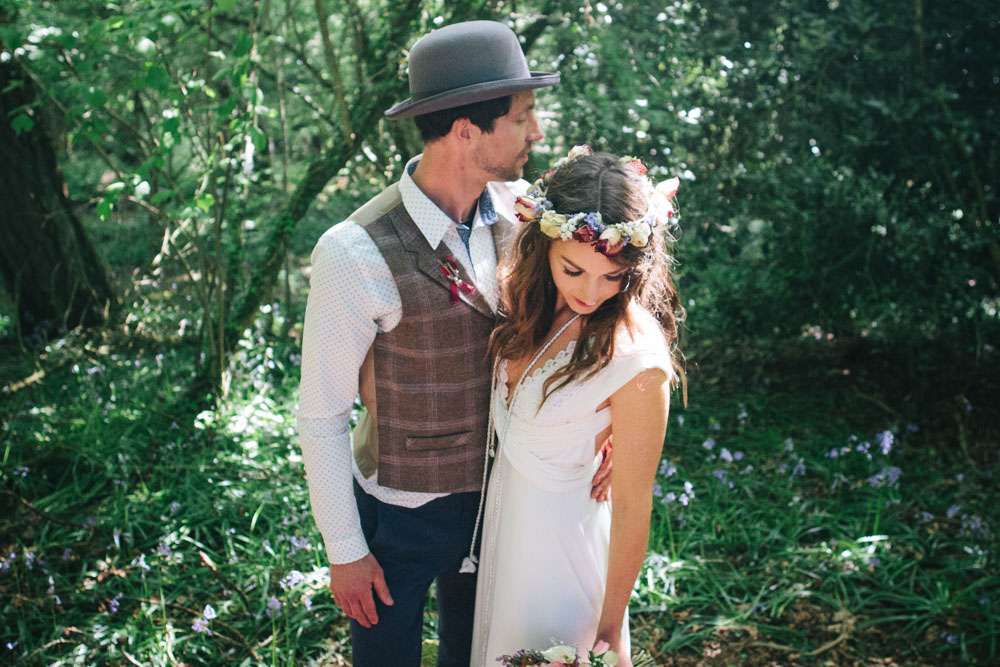 Lizzie and Louie’s incredibly detailed big top wedding, unbelievably, only cost them £6000. The bride even had two dresses!

“The theme was ‘anything goes!’. We didn’t have a colour scheme, we just wanted to have as much fun as possible!” the bride explained. “We wanted our wedding to truly represent us as a couple, and as so many friends and family helped us out, we wanted it also to represent them too. So if someone wanted to contribute in any way, we just let it happen. By doing this the wedding evolved into a beautiful eclectic mix of everyone’s talents and energy.” 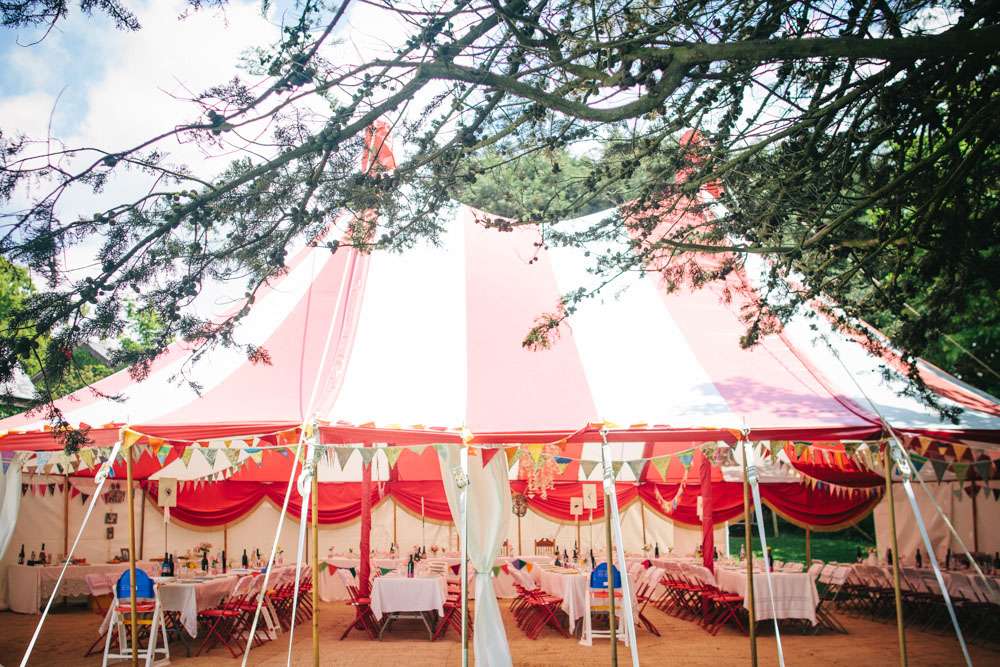 “The flowers were bought and arranged by my grandmother. We also had dried flowers, which I made by collecting and drying discounted flowers from supermarkets! The catering was all done by my mum and grandmother. They made Devon pasties and salad and a buffet of cured meat and cheese for the evening. All the decorations were made by us including the table plan which had a Game of Thrones theme. We also made the place names which were butterfly origami with a raffle ticket hidden inside for raffle after the meal. My mum made the bunting and chair covers. I made the sequin lampshades and collected all the teapots, plates, glassware and cutlery from charity shops! Our band was my brother’s band.” 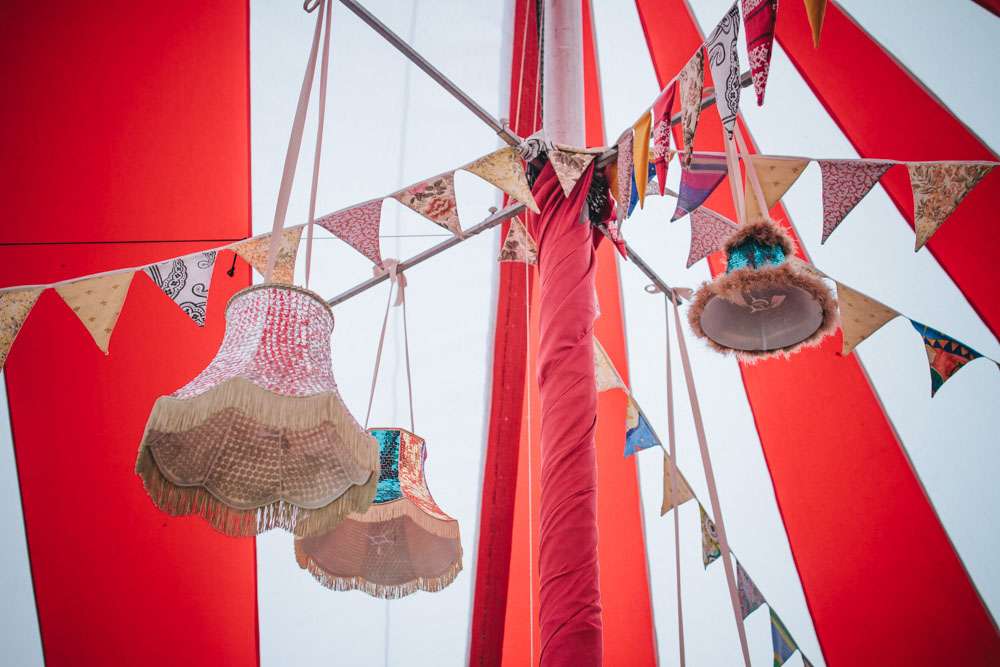 The couple had two ceremonies – one legal and one pagan, which was outside. “We really wanted a handfasting ceremony to express our gratitude to nature and the elements with our friends and family”, she said. “We had constructed a ‘stone circle’ out of wood stumps and flags representing earth, wind, fire and water. The bridesmaids and guests stood round the circle and watched so everyone felt involved. A pagan priestess held the ceremony, and during the it we moved round the circle and asked for the blessings of the different elements. Following this our hands were bound together to symbolise the joining of or marriage. Following the ceremony we jumped over a broomstick three times as this is an ancient Celtic symbolic tradition for the beginning of a healthy marriage.” 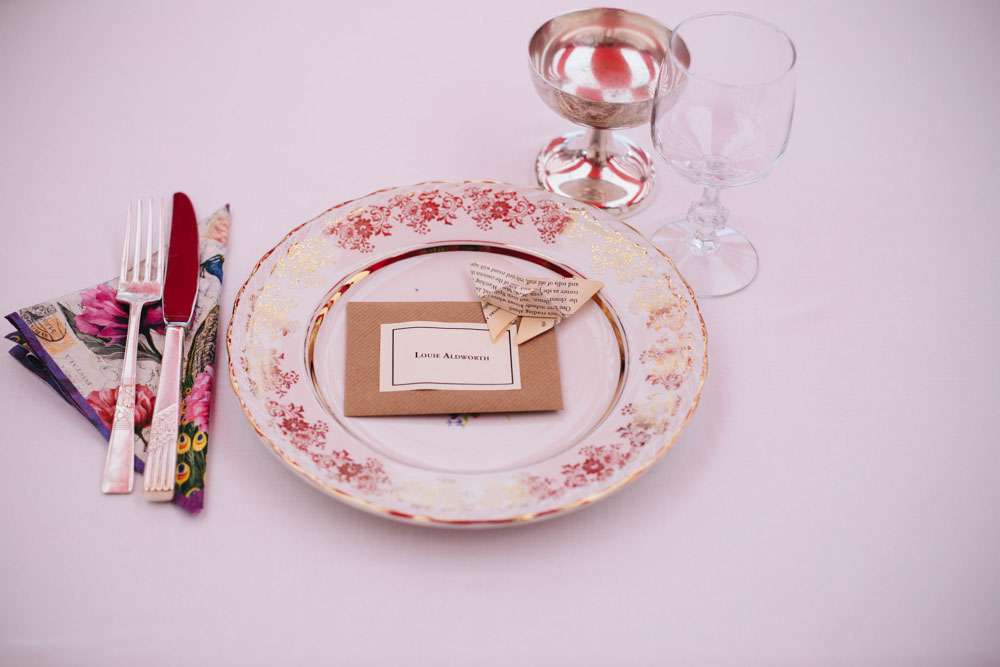 “Another big inspiration for the day was to have an environmentally friendly wedding. Therefore everything from the tablecloths to the glasses and plates were recycled from charity shops (even the cups at the bar were compostable!) We wanted to get as far away from capitalism and materialism as possible so made all the decorations ourselves mainly from recycled materials.” 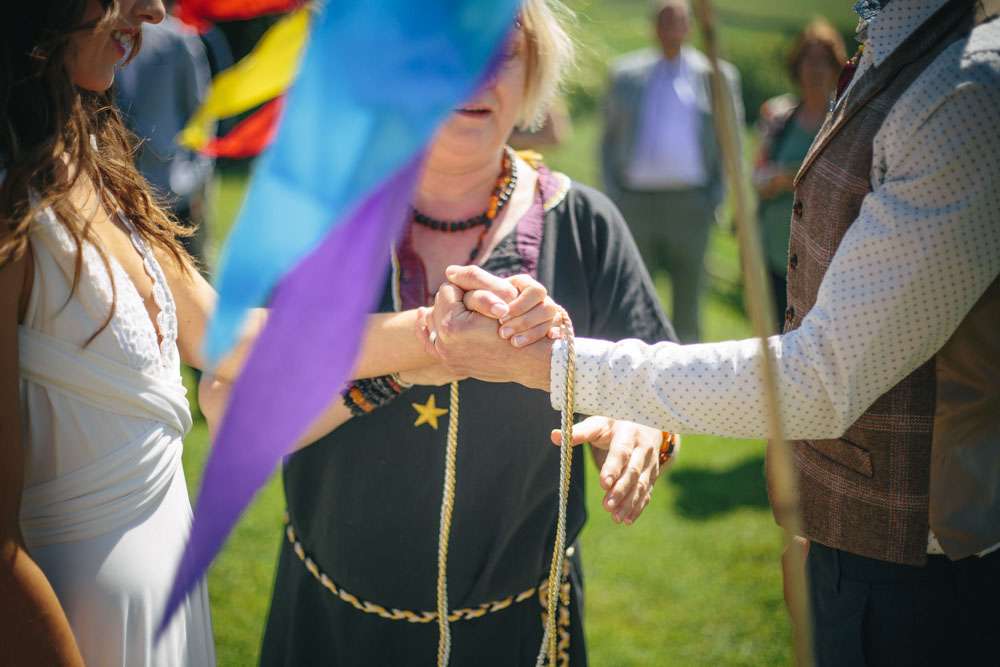 “Our biggest cost was our tent, but we saved money nearly everywhere else”, the bride concluded. “I was extremely lucky to have my dress made by a friend. She is a very talented seamstress and has her own business, Willow and Pearl, making wedding and bridesmaids dresses. I felt amazing and very ethereal in the dress – she did an amazing job. We saved the most money by doing pretty much everything ourselves!” 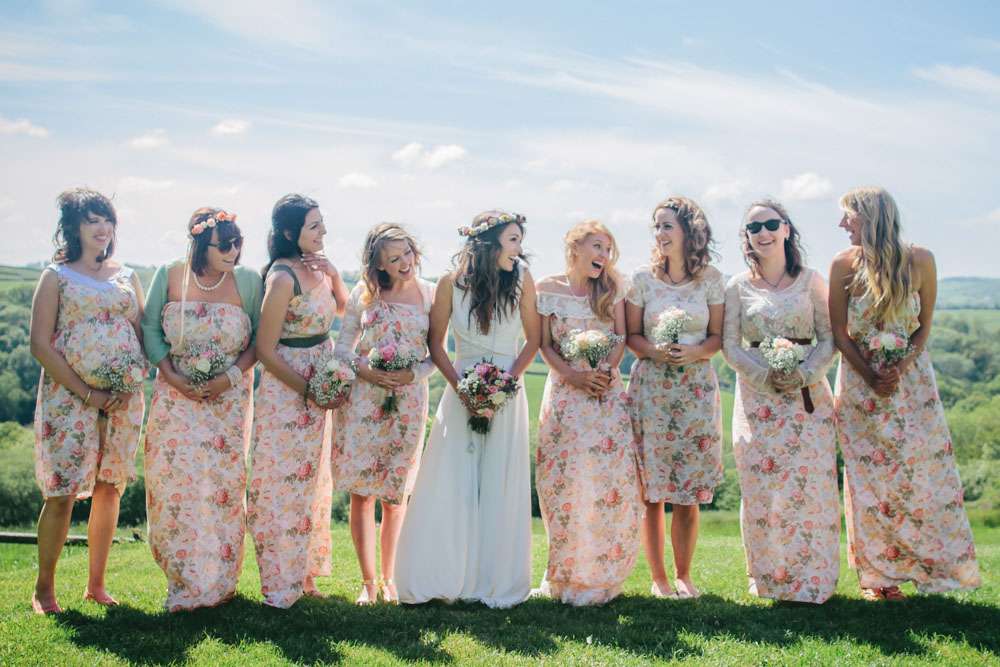 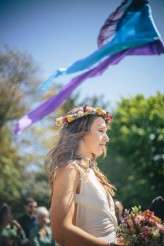 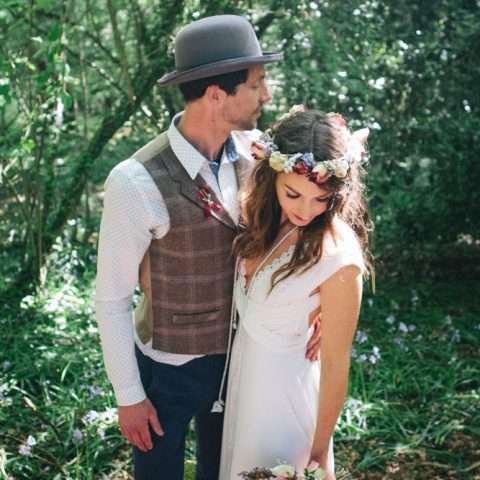